DC product that is on this list is on FOC Sunday, November 29thand requests are due by 11AM MST.

The rest of these titles are all on FOC this Monday, November30th, and most titles are in stores on December 23rd! Let us know what you would like to order before 11AM on Monday the 30th!

If you would like to SUBSCRIBE to any of these titles so that you receive them monthly in your hold slot PLEASE comment SUB and the title.

If you would like to just PULL a copy (or multiple copies) of any of these titles, PLEASE comment PULL and the title.

From DC this week and in stores on 12/30 is Batman Annual #5. The riveting new vigilante known as Clownhunter was a breakout star of The Joker War— but what’s the tragic origin of this teenage assassin? How did his parents die at the hands of The Joker, and is there a place for him in the evolving Gotham City? Can there be redemption for the infamous Clownhunter? This epic tale reteams writer James Tynion IV and artist James Stokoe, the storytellers behind the definitive Clownhunter tale from Batman: The Joker War Zone #1! $4.99. Cover A by Derrick Chew, Cover B by In Hyuk Lee! 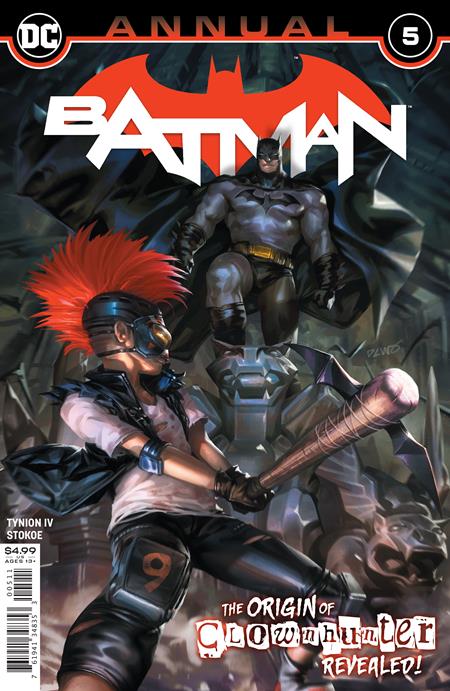 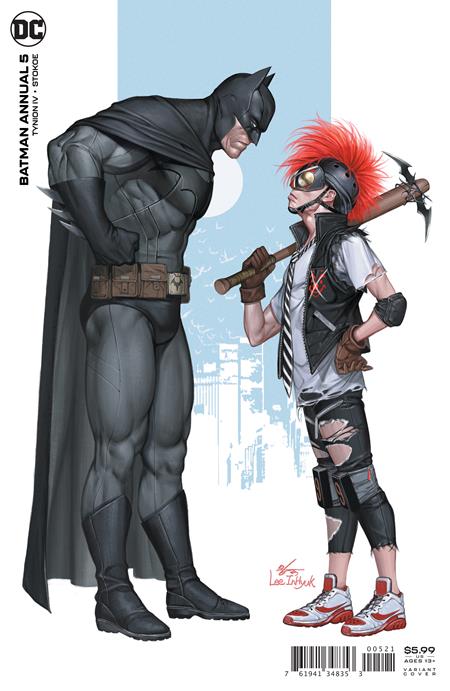 Next from DC this week comes Generations Shattered #1 (one-shot). A threat of cosmic proportion to DC’s newest (and oldest) universe compels one of the most unusual groups of heroes ever assembled to take on the most mysterious foe they have ever encountered. What started in Detective Comics #1027 explodes out of Dark Nights: Death Metal to tell the story of the generations-spanning history of the DC Universe! Join the original Batman, Kamandi, Starfire, Sinestro, Booster Gold, Dr. Light, Steel, and Sinestro in their quest to save the universe before time runs out…$9.99, 80 pages. Main cover by Ivan Reis, variant cover by Lee Bermejo! 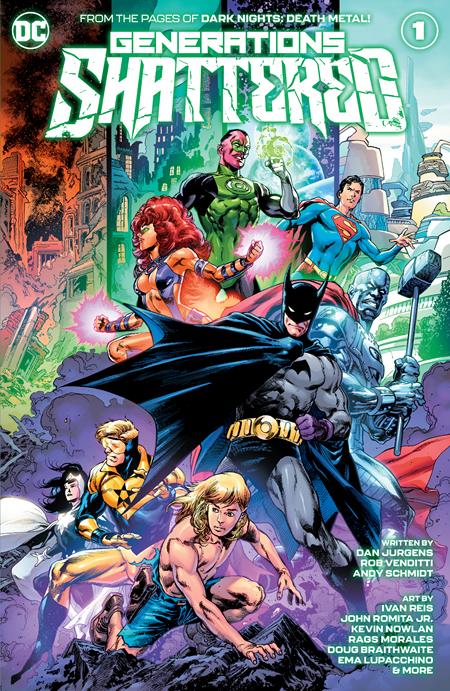 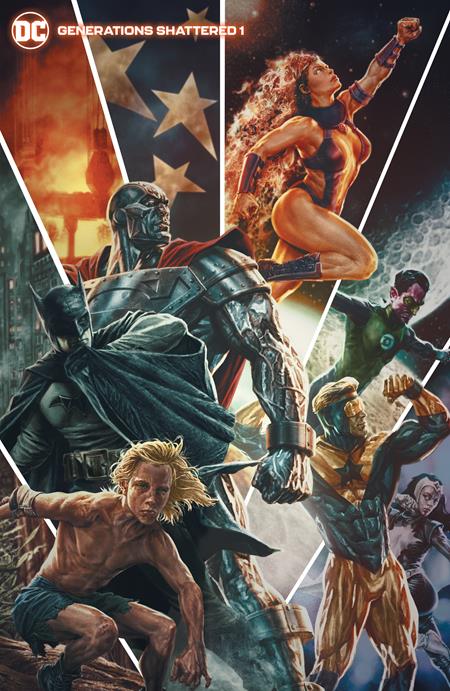 Next from DC comes the Jinny Hex Special #1 (one-shot). Jinny Hex stars- in her first solo adventure—and she’s ready and raring to go! Bursting out of the pages of Young Justice, this fan-favorite gal is heading back home to take care of some unfinished business! Hoping to take some time off from Multiverse conflict, Jinny reconnects with some old friends and family. But that all goes out the window when a new foe called Three-Eyed Jack transports her town back to the Old West. Now it’s up to Jinny to face off with this super-powered gunslinger and save her town! But Jinny’s about to learn that some threats are closer to her heart than expected. $4.99, 48 pages. 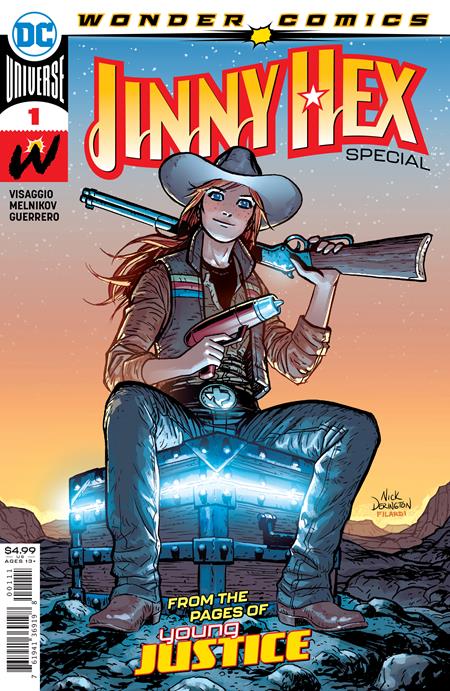 From IDW this week comes Star Wars Adventures Smugglers Run #1 (of 2). After the Battle of Yavin, Han Solo and Chewbacca intend to use their reward to settle their debts. But Princess Leia asks them to accept a secret mission for the Resistance. Mortal dangers, traitorous enemies, and thorny situations mark the path of these two heroes of the Star Wars saga. 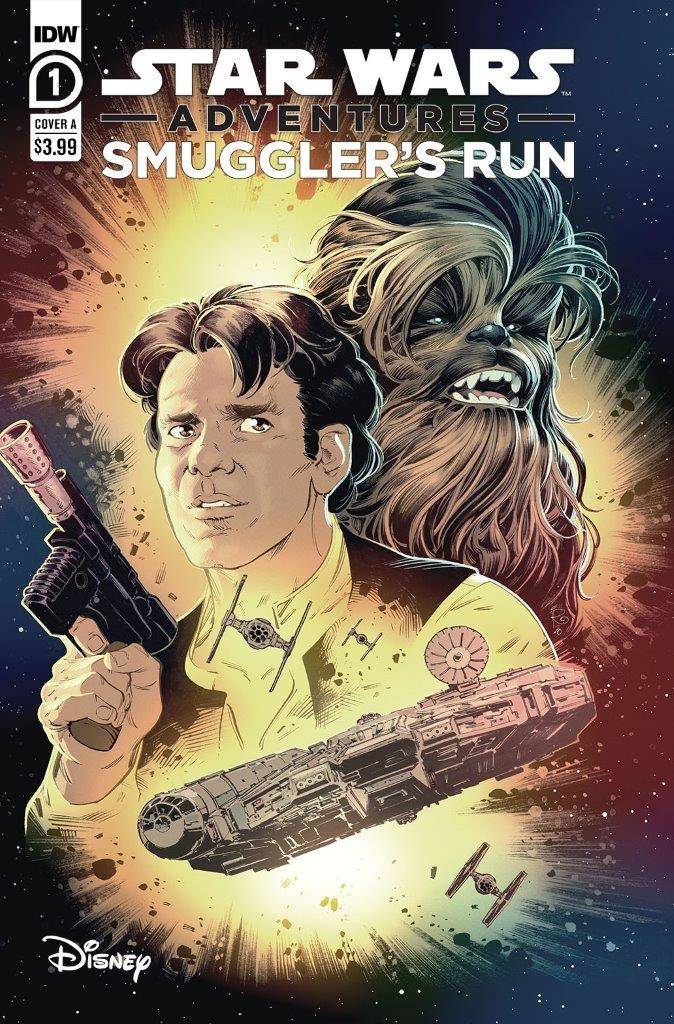 From Image this week comes Spawn #313! "CULT OF OMEGA," Conclusion-The FINAL confrontation: SPAWN vs. OMEGA SPAWN to the death! If this villain cannot be defeated, then the fabric of time will begin to tear and out will pour the savage warriors of Heaven and Hell upon Earth.TODD McFARLANE and CARLO BARBERI conclude their gut-wrenching story of SPAWN vs. OMEGA SPAWN. Main cover by Bjorn Barends, Cover B by Todd McFarlane, Cover C by Capullo & McFarlane! 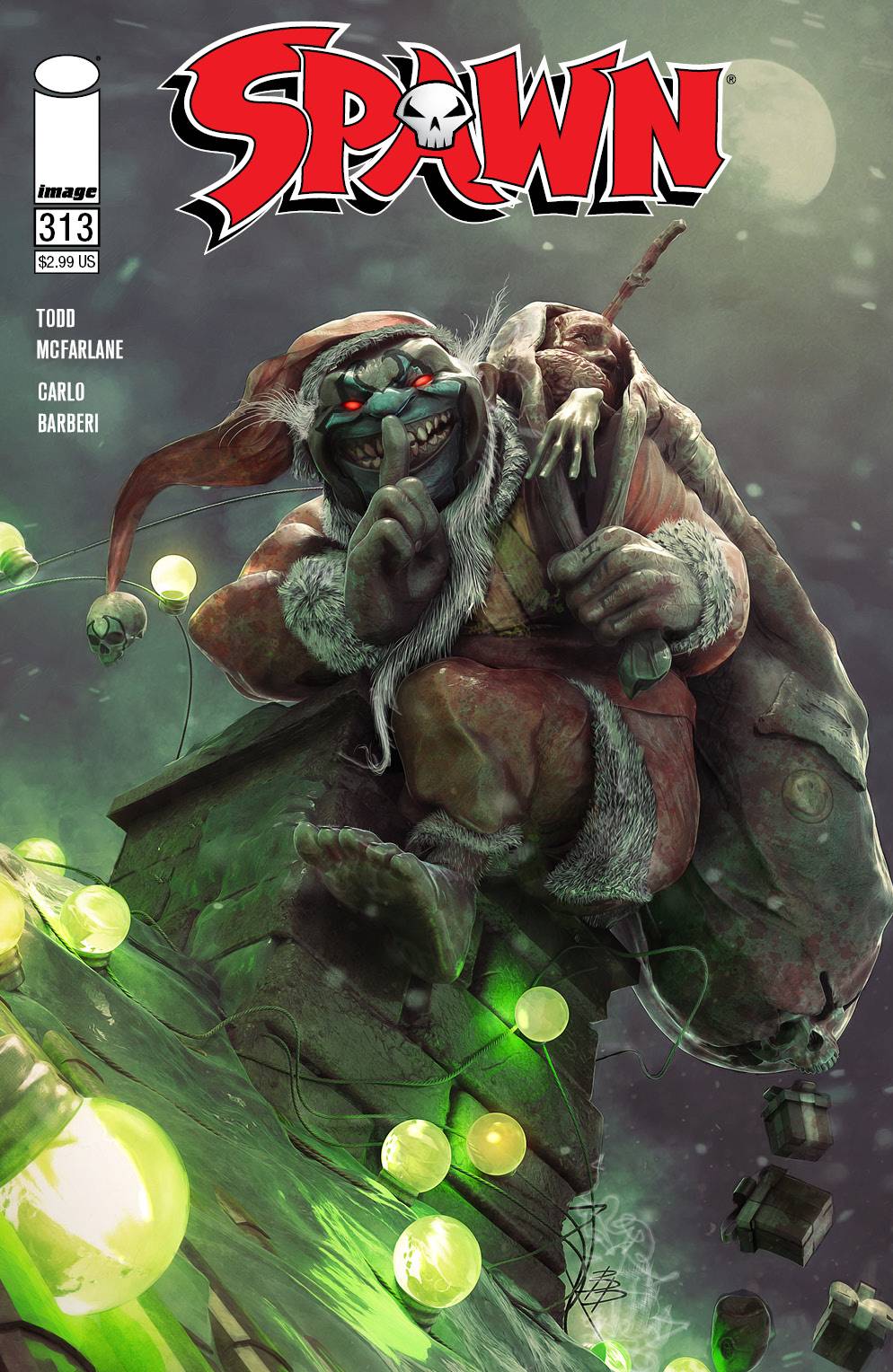 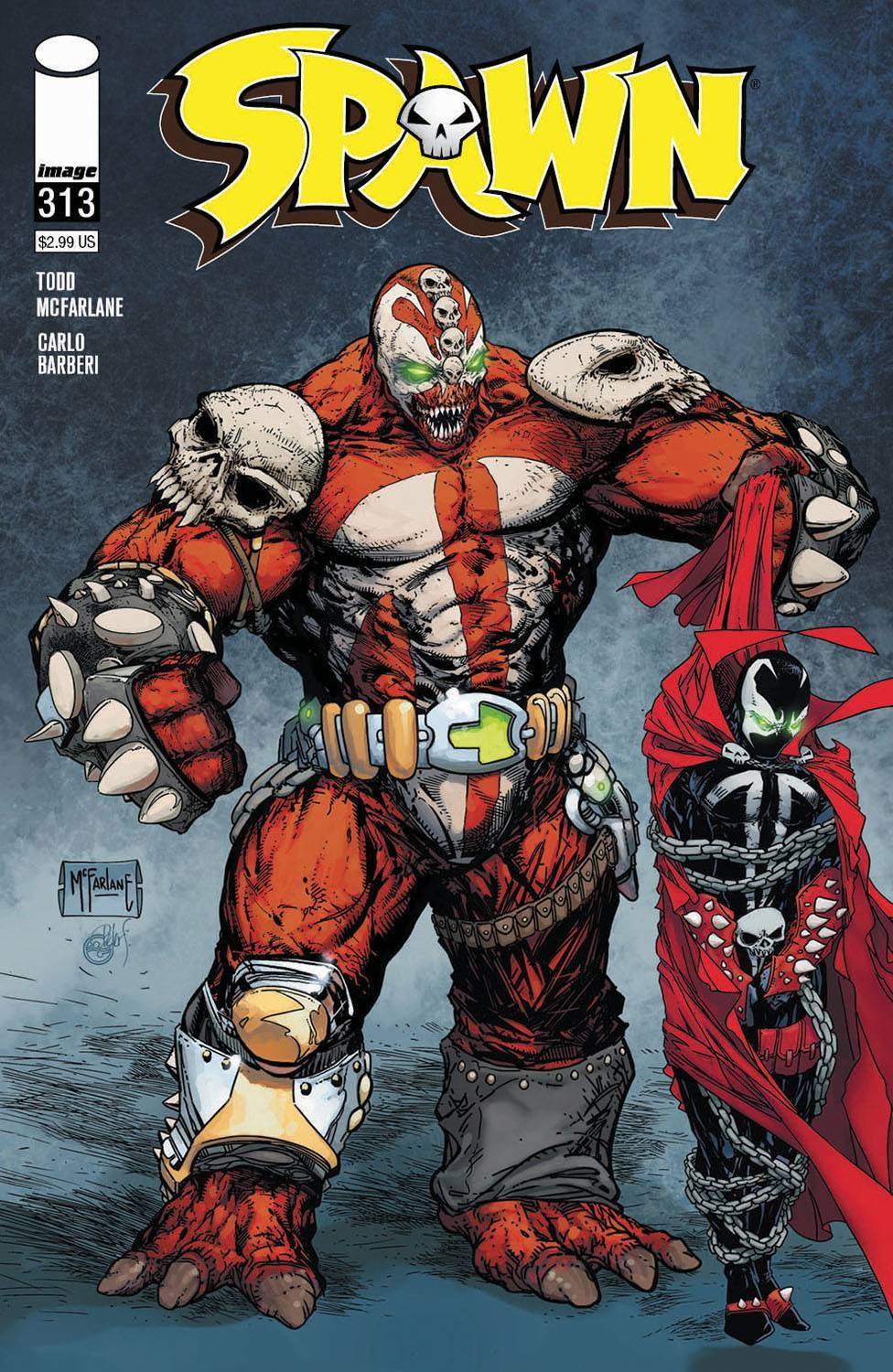 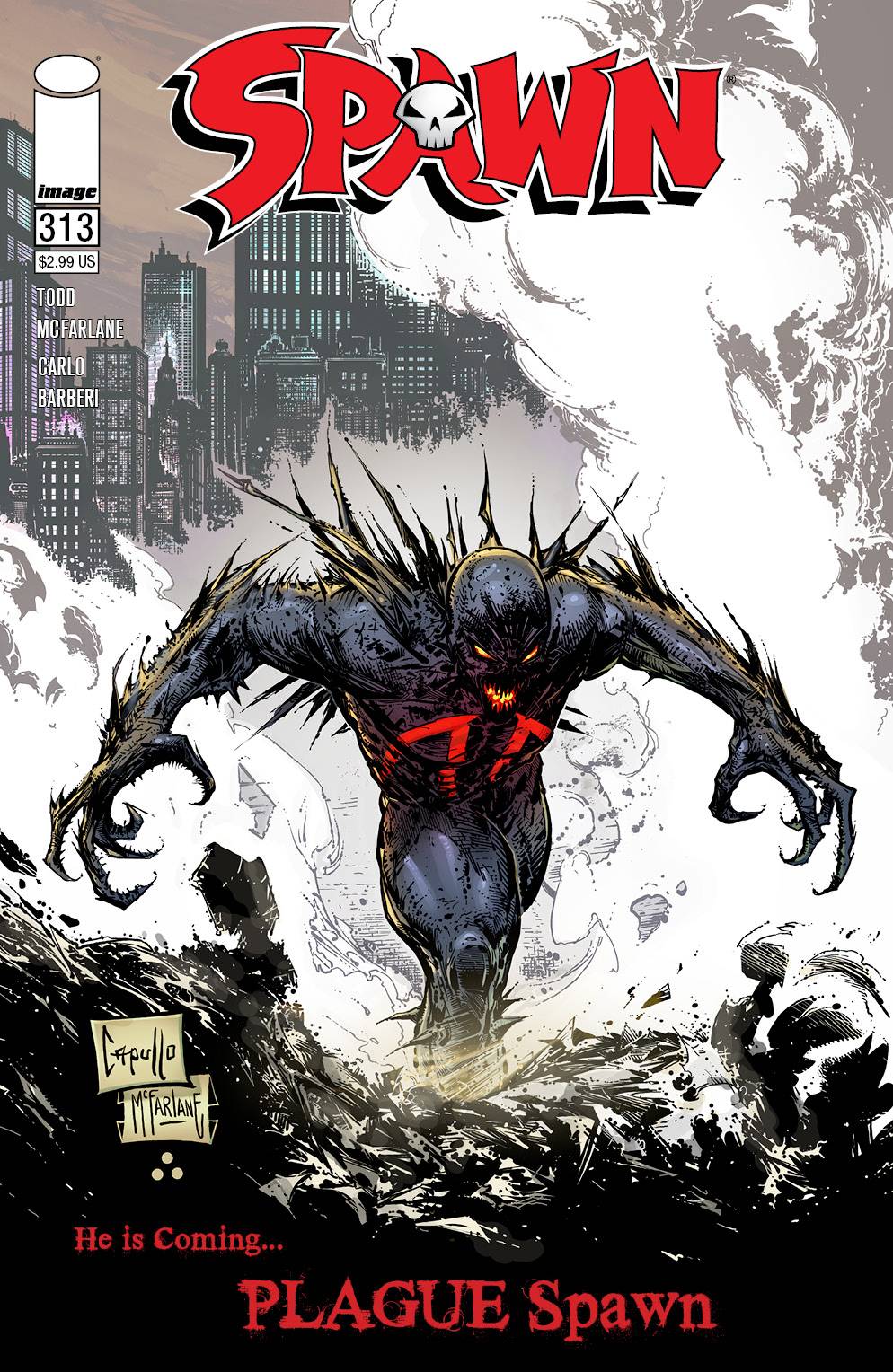 From Boom Studios this week comes Firefly Blue Sun Rising #1 (one-shot). It's The End Of The First-Ever Firefly Event - And Now Everything Changes!Shocking losses lead to stunning decisions as Mal and the crew of Serenity must face the consequences of their choices in war against the Blue Sun Corporation.The 'Verse is changing in ways no one ever expected - and a new chapter of Firefly begins here. Main cover by Nimit Malavia, Cover B by Christian Ward. $7.99 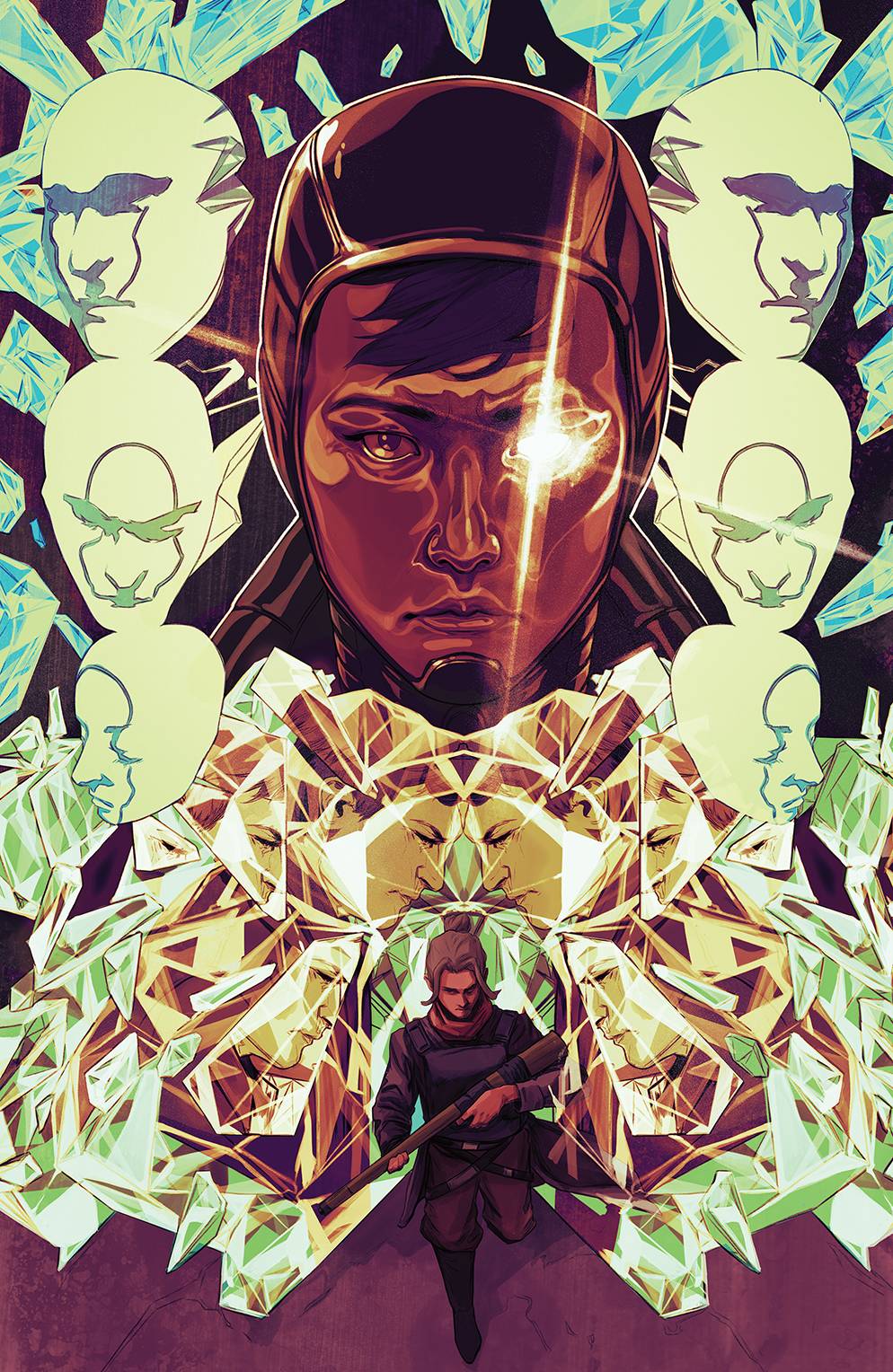 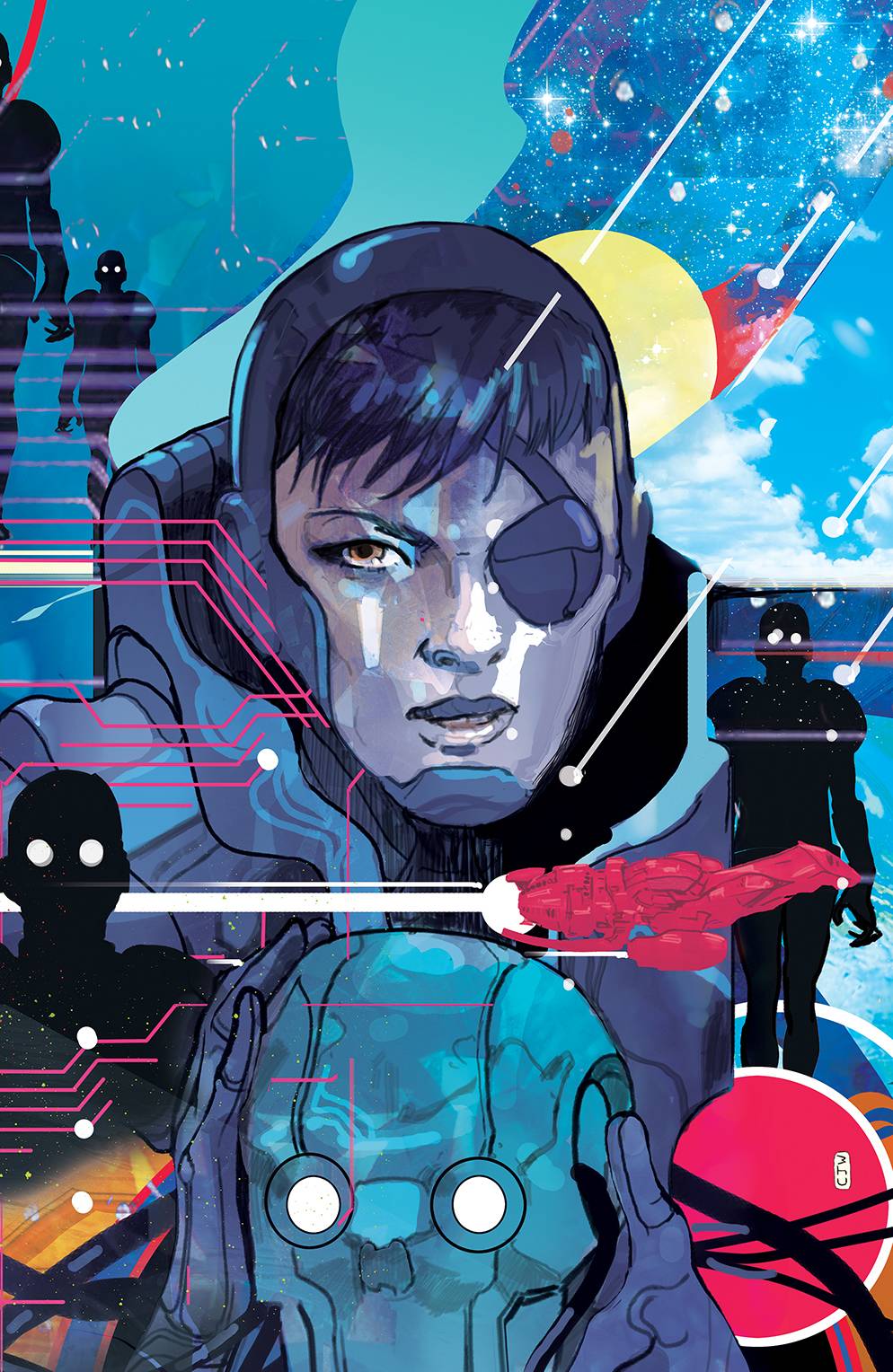 Next from Boom this week comes Jim Henson’s Labyrinth Masquerade #1 (one-shot). Discover an all-new one-shot story set during the hit film Jim Henson's Labyrinth from award-winning author Lara Elena Donnelly (Amberlough), along with artists French Carlomagno (The Dark Crystal: Age of Resistance), Samantha Dodge (Catwoman: Soulstealer), and more. All is not as it seems with the guests of Jareth's famous Masquerade, as one participant slowly awakens to the reality of her topsy-turvy existence in the Goblin Kingdom when Sarah shatters the glass mirrors during her escape.But as this mysterious participant puts together the pieces, her discoveries threaten to unravel everything! Main cover by Jenny Frison, B cover by Evan Cagle. $7.99 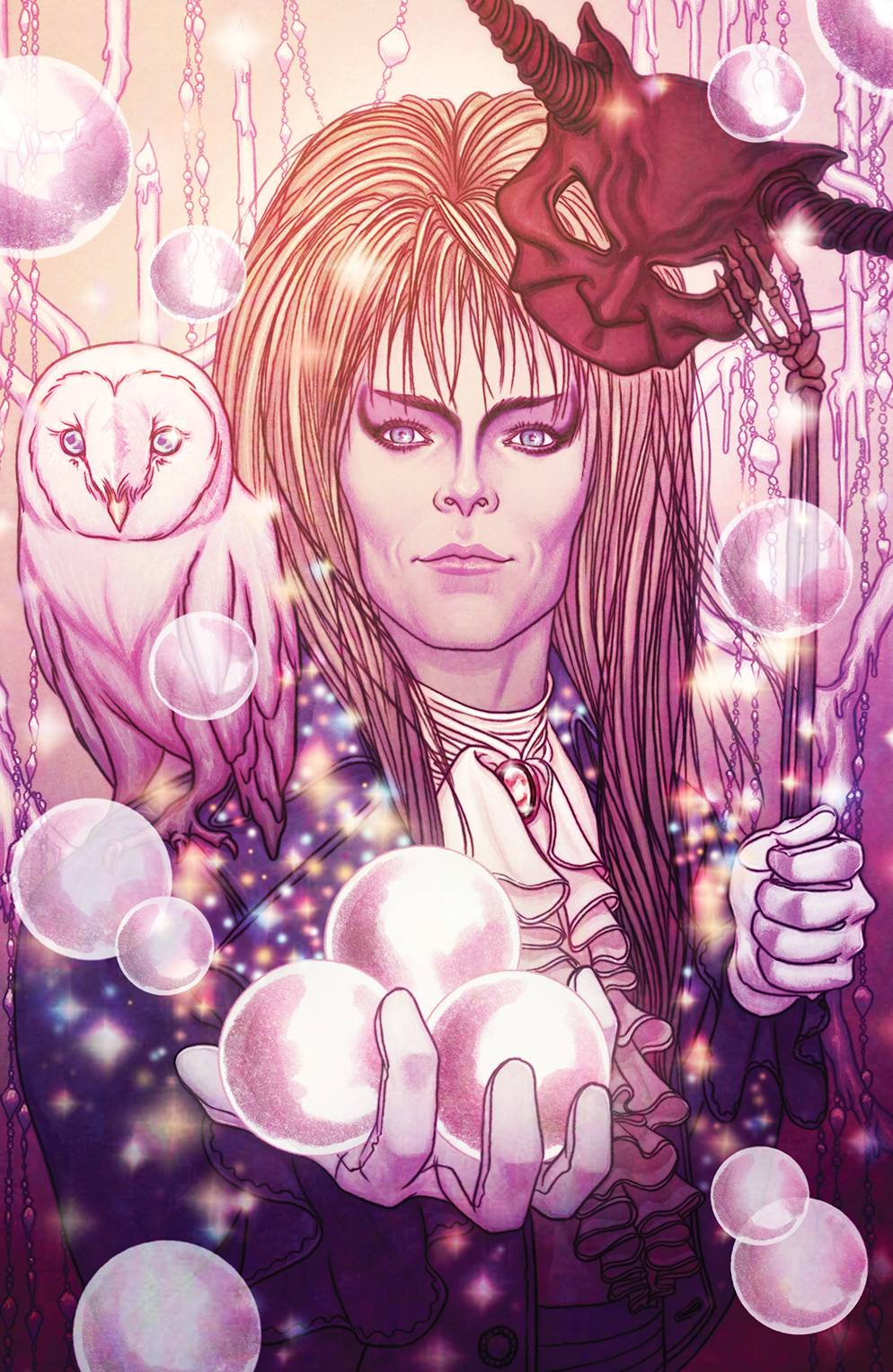 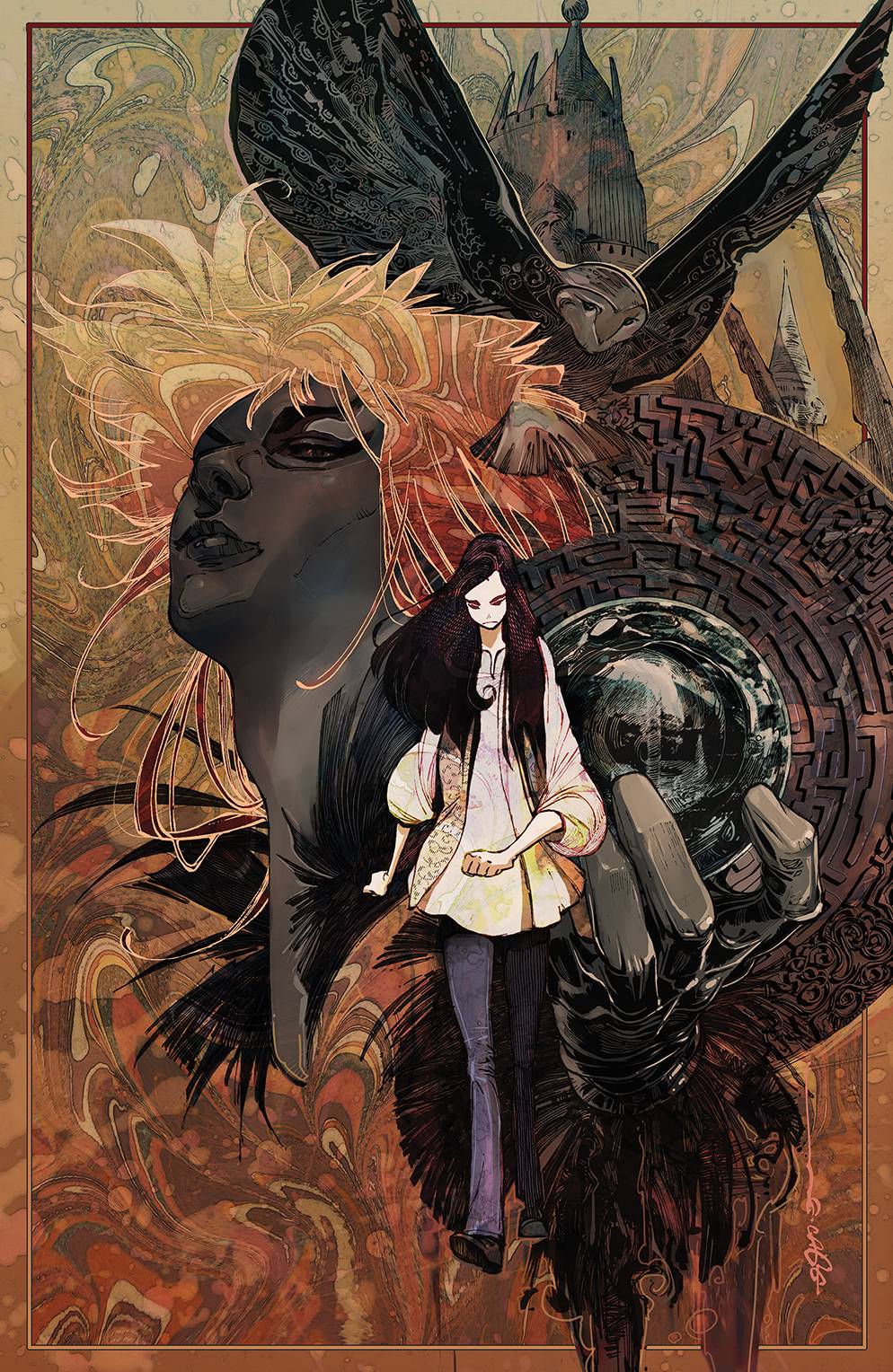 From Vault this week comes Picture of Everything Else #1! As the 20th century dawns, art promises to change the world...and steep it in blood. A rash of impossible killings sweep through Paris, tearing the rich and beautiful apart in their beds. When two art thieves stumble upon the portraits of the victims damaged in the exact same manner they died, it appears the man who once painted the immortal portrait of Dorian Gray has returned-with darker plans for future works. From the minds of Dan Watters (Coffin Bound, Lucifer, Deep Roots) and Kishore Mohan comes a haunting balance of depravity and beauty. Main cover by Kishore Mohan, Cover B by Tim Daniel & Nathan Gooden, Cover C by Adam Gorham. 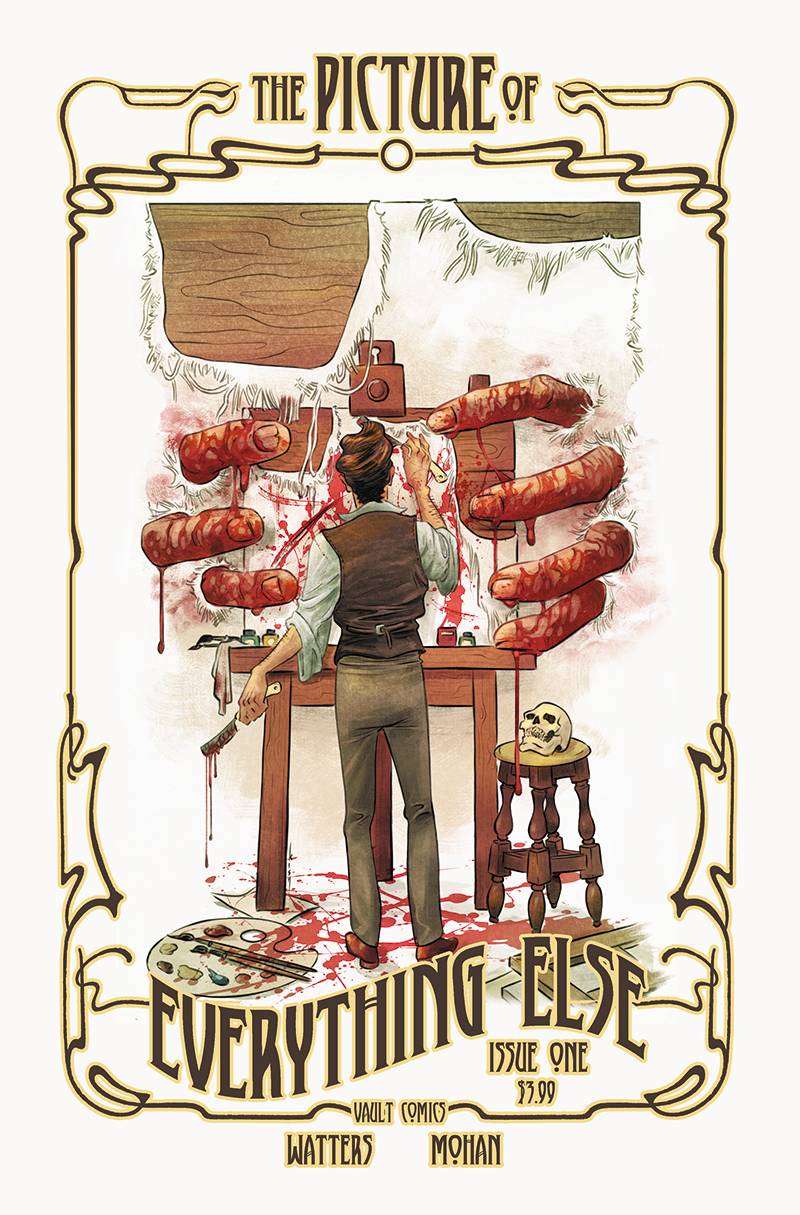 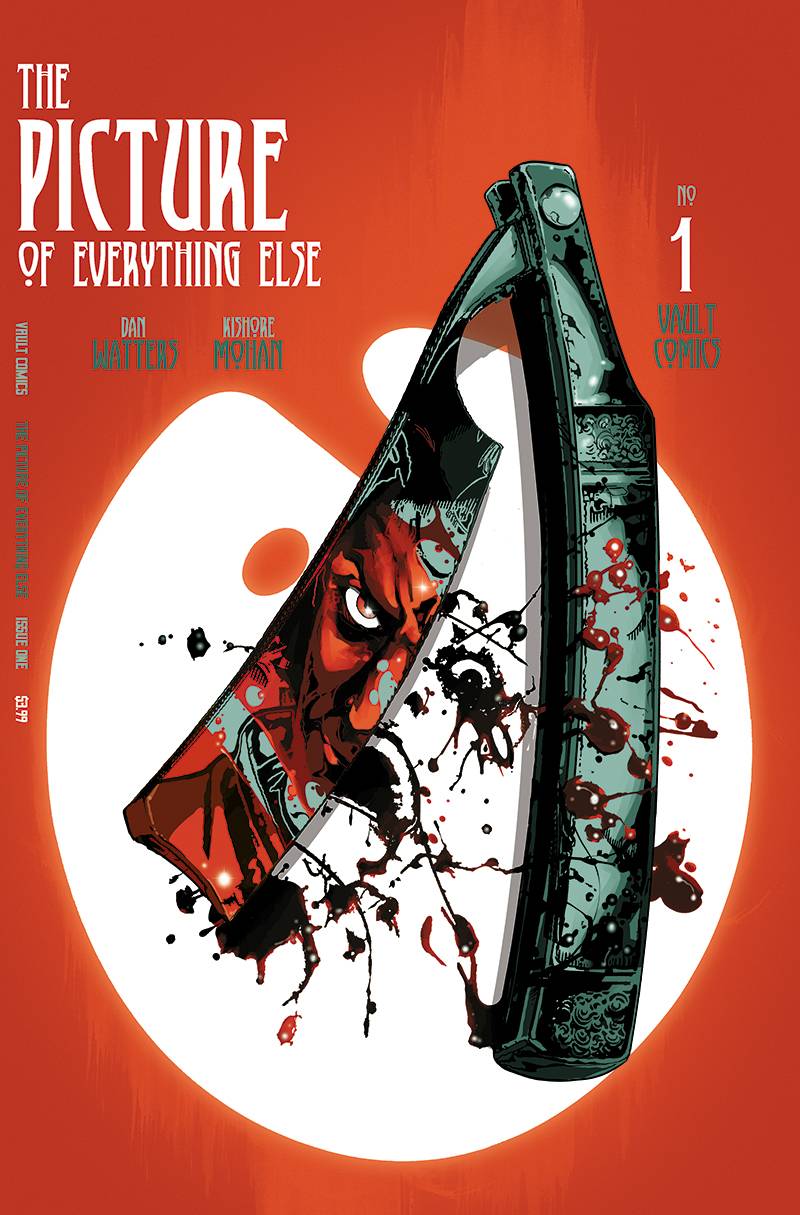 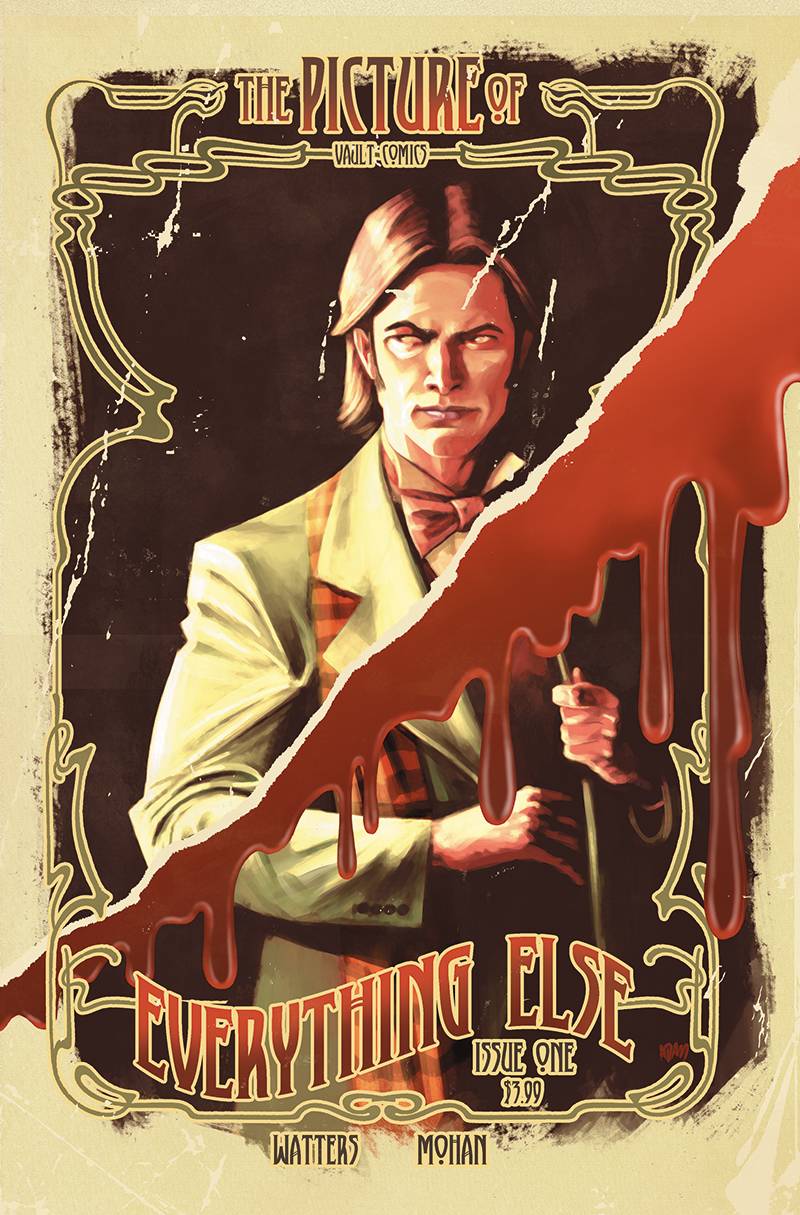 This segment is where we highlight some of the comics that have subsequent printings available at FOC. 2nd+ prints are generally smaller print runs than firsts and lately have been commanding higher market prices at release date. Here is your chance to make sure you get them for cover price, plus a discount if you have a hold slot! 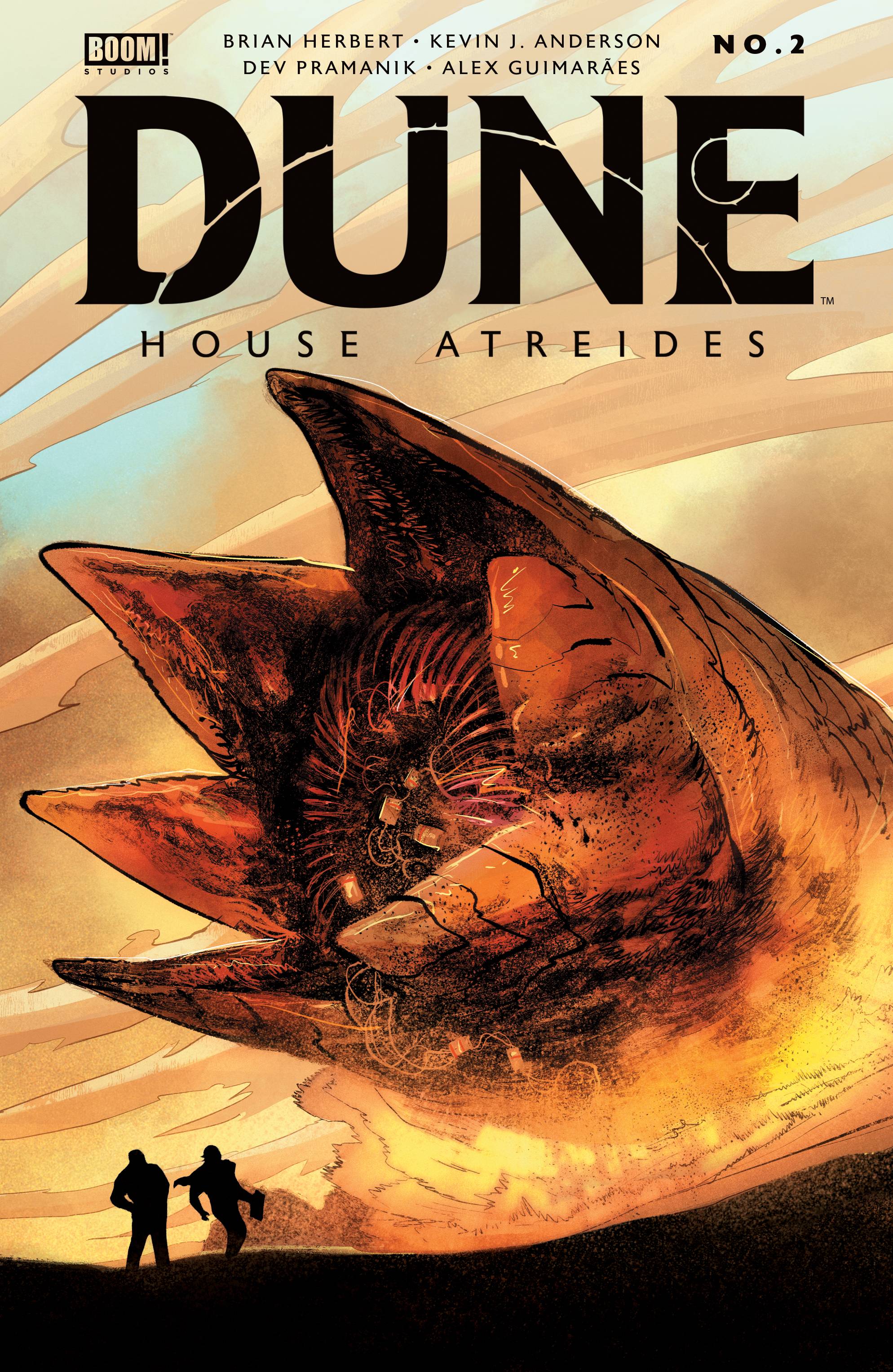 Who Does Number 2 work for?

Here are this weeks spotlight on issue #2’s that are on FOC. You may have grabbed issue #1 off the rack this week or last, and if you enjoyed it, please let us know so that we can add it to your pull so you don’t miss out!

Justice League Endless Winter #2 (of 2). Endless Winter chapter nine! This is it—the final chapter in the five-week, nine-issue Justice League crossover! With the Frost King’s origin revealed, the Justice League must battle the mistakes of the past as well as the global freeze that now threatens the entire population. This issue is snow-packed with characters and action as Superman battles Black Adam while Batman, Wonder Woman, Aquaman, Flash, Green Lantern, Queen Hippolyta, and Swamp Thing face the Frost King and his monstrous army! All of the world is watching, and the Justice League must make a choice. $4.99. Main cover by Mikel Janin, variant cover by Daniel Warren Johnson. 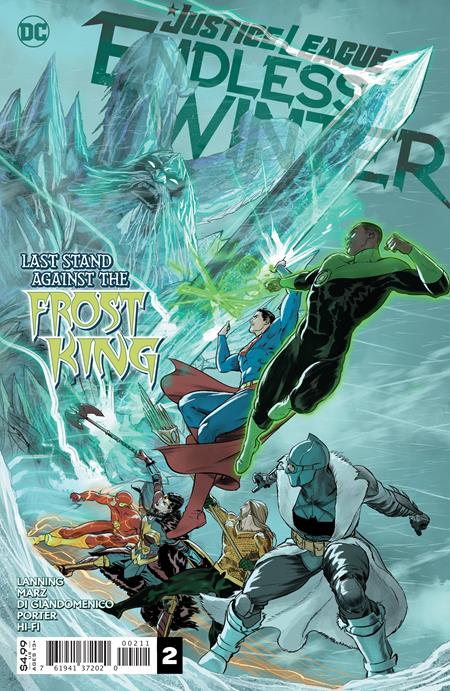 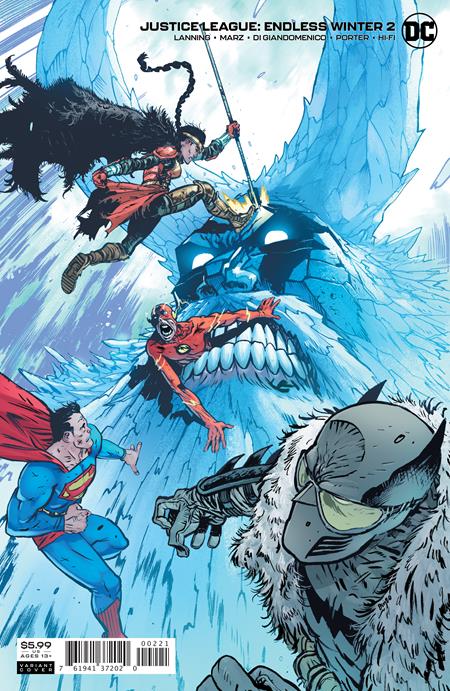 Sea of Sorrows #2 (of 5). Historical horror at its finest! The gripping tale of terror beneath the ocean continues! Tensions rise among the crew of the Vagabond as technical delays and mechanical failures frustrate their salvage of the sunken U-boat, Bremen. But, the siren song of sunken gold is nothing compared to the seductive power of the monster stalking them all! 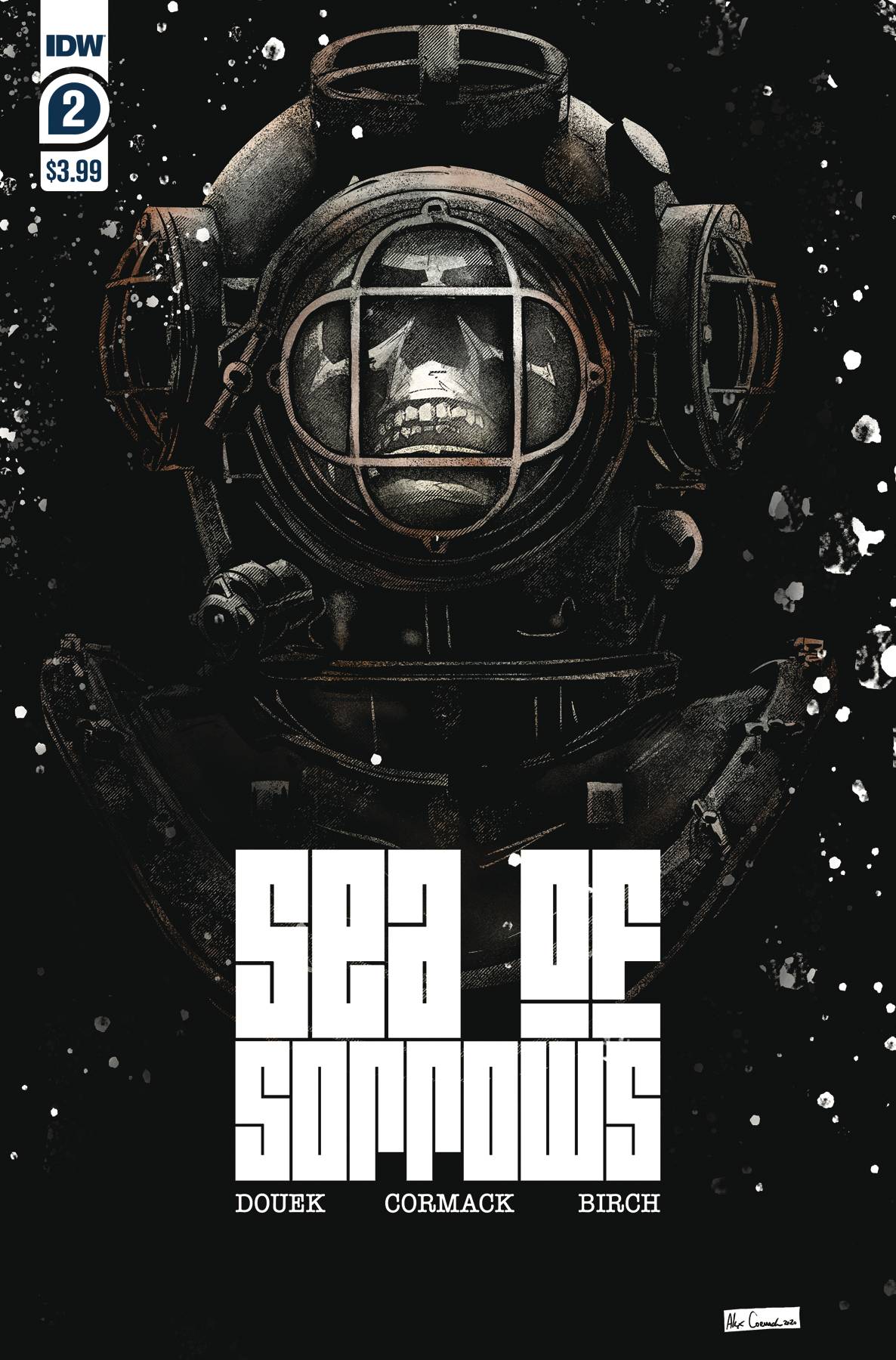 Dark Interlude #2. What happens in Issue #2? The plot continues. What else should I say? Why has my "publisher" asked me to pen the marketing copy for my own brilliance when there are perfectly good copywriters who... [Message truncated at the request of Vault Comics]. Main cover by Ariela Kristantina, Cover B by Rebekah Isaacs. 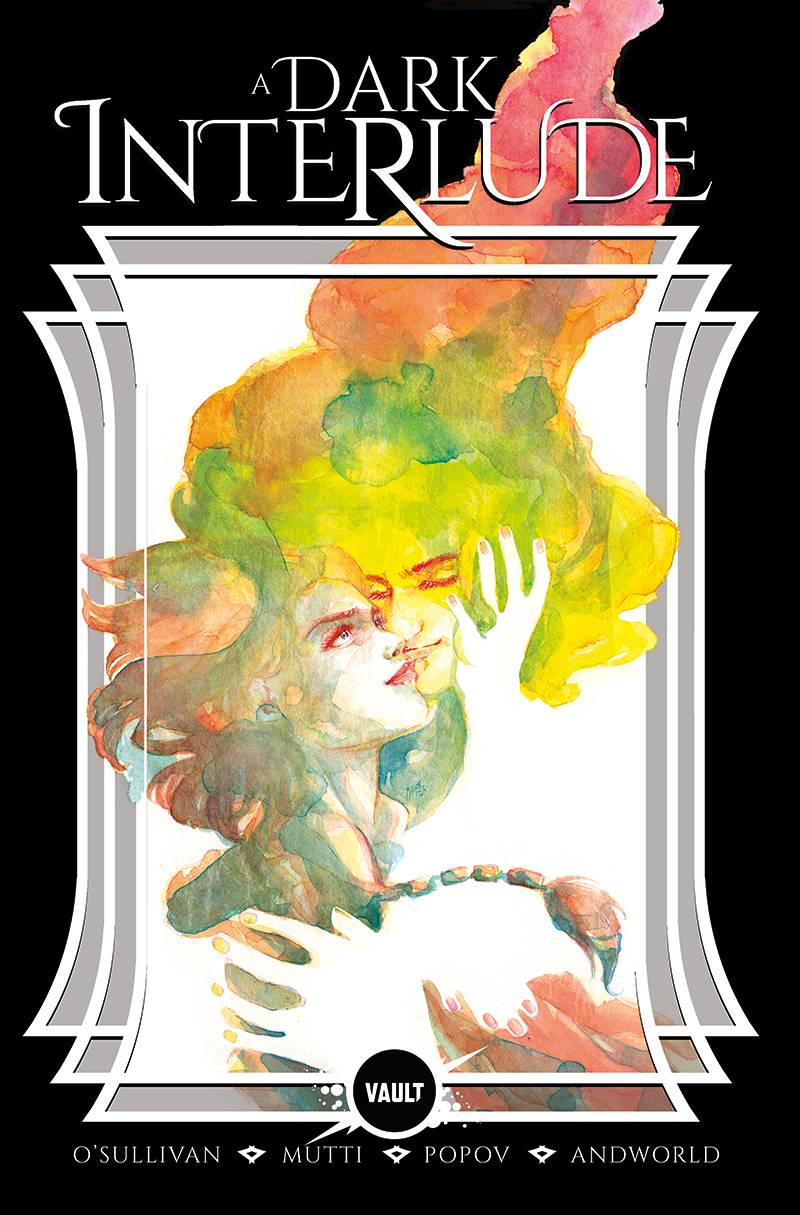 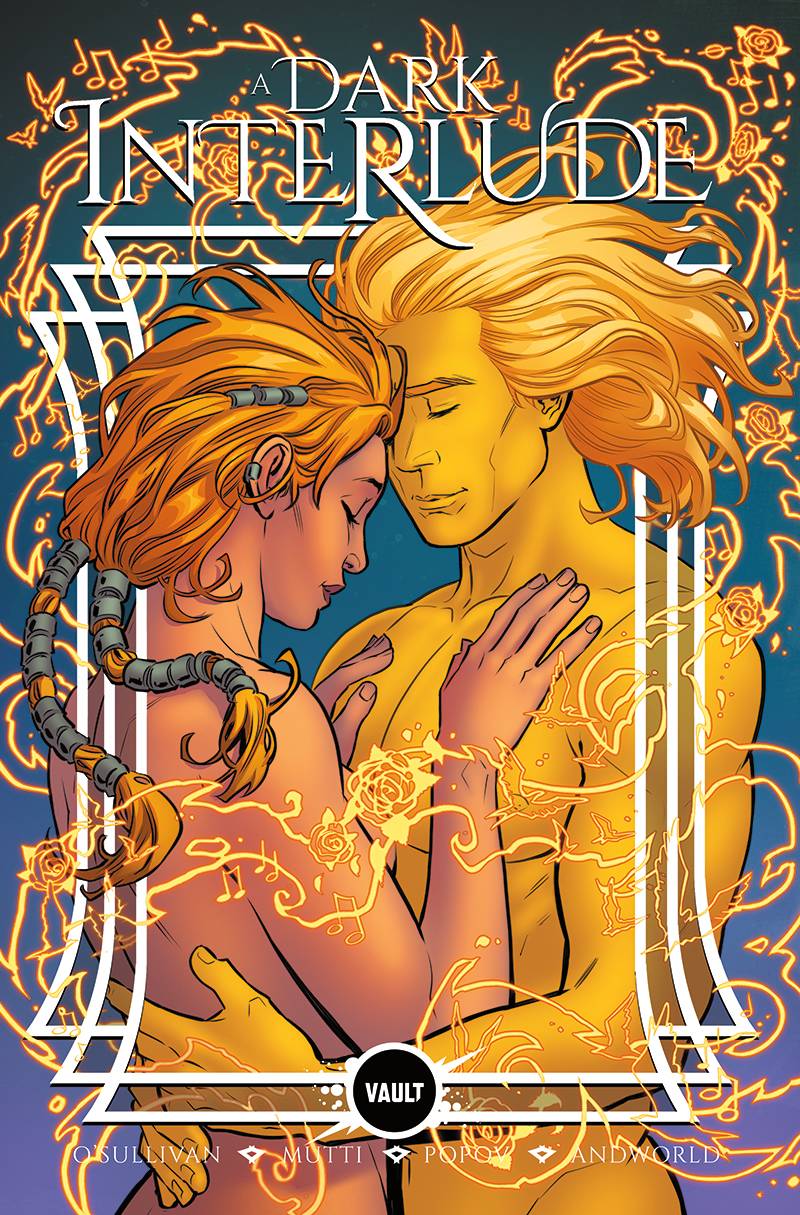 FOC Roundup!Howdy Super Friends! Welcome to your weekly installment of Final Order Cutoff Roundup! Final Order Cutoff (FOC) happens every week and is our last chance to adjust our ordering numbers on books before they ship out to us! DC product that is on this list is on FOC Sunday, November 22ndand requests are due [...]

DC Future State!Howdy Super Friends! Jon here with a little info about a line-wide DC event that is happening this January and February!DC is starting 2021 off with a bang, giving fans a glimpse into futures both near and far, full of current and new characters for DC Future State, a two-month, line-wide event beginning [...]

FOC Roundup!Howdy Super Friends! Welcome to your weekly installment of Final Order Cutoff Roundup! Final Order Cutoff (FOC) happens every week and is our last chance to adjust our ordering numbers on books before they ship out to us! DC product that is on this list is on FOC Sunday, November 15thand requests are due [...]

FOC Roundup!Howdy Super Friends! Welcome to your weekly installment of Final Order Cutoff Roundup! Final Order Cutoff (FOC) happens every week and is our last chance to adjust our ordering numbers on books before they ship out to us! DC product that is on this list is on FOC Sunday, November 1stand requests are due [...]

FOC Roundup!Howdy Super Friends! Welcome to your weekly installment of Final Order Cutoff Roundup! Final Order Cutoff (FOC) happens every week and is our last chance to adjust our ordering numbers on books before they ship out to us! DC product that is on this list is on FOC Sunday, November 1stand requests are due [...]

Howdy Super Friends! Seeing as how its been blistering cold with snow on the ground here in Denver the last couple days, it seemed a prime time to promote the new DC event Endless Winter that begins in December 2020! The Viking JLA! Need we say more!?!?!Justice League: Endless Winter is a revenge story against an [...]

FOC Roundup!Howdy Super Friends! Welcome to your weekly installment of Final Order Cutoff Roundup! Final Order Cutoff (FOC) happens every week and is our last chance to adjust our ordering numbers on books before they ship out to us! DC product that is on this list is on FOC Sunday, October 25thand requests are due [...]

FOC Roundup!Howdy Super Friends! Welcome to your weekly installment of Final Order Cutoff Roundup! Final Order Cutoff (FOC) happens every week and is our last chance to adjust our ordering numbers on books before they ship out to us! DC product that is on this list is on FOC Sunday, October 18thand requests are due [...]