Happy Friday! Hope you had a great week! We are here tonight to bring you this weeks edition of Friday FOC Roundup! If you are joining us for the first time, Final Order Cutoff is our last chance to adjust our numbers on titles that are shipping in a month. FOC is done every Monday, and these titles are on FOC Monday, February 4thand MOST books will be in shop on February 27th. If you are interested in adding any of these books to your pull, please let us know ASAP BEFORE Monday!

From DC and in stores on 2/27 is the amazing variant cover to Batgirl #32 by Derrick Chew! Coming to you live from Gotham City! The people's-choice congressional candidate Luciana Alejo is all set to give a televised interview that could secure her victory, but the Cormorant is ready to silence her for good. Can Batgirl protect the candidate without making her alter ego, Barbara Gordon, lose her campaign job in the process? 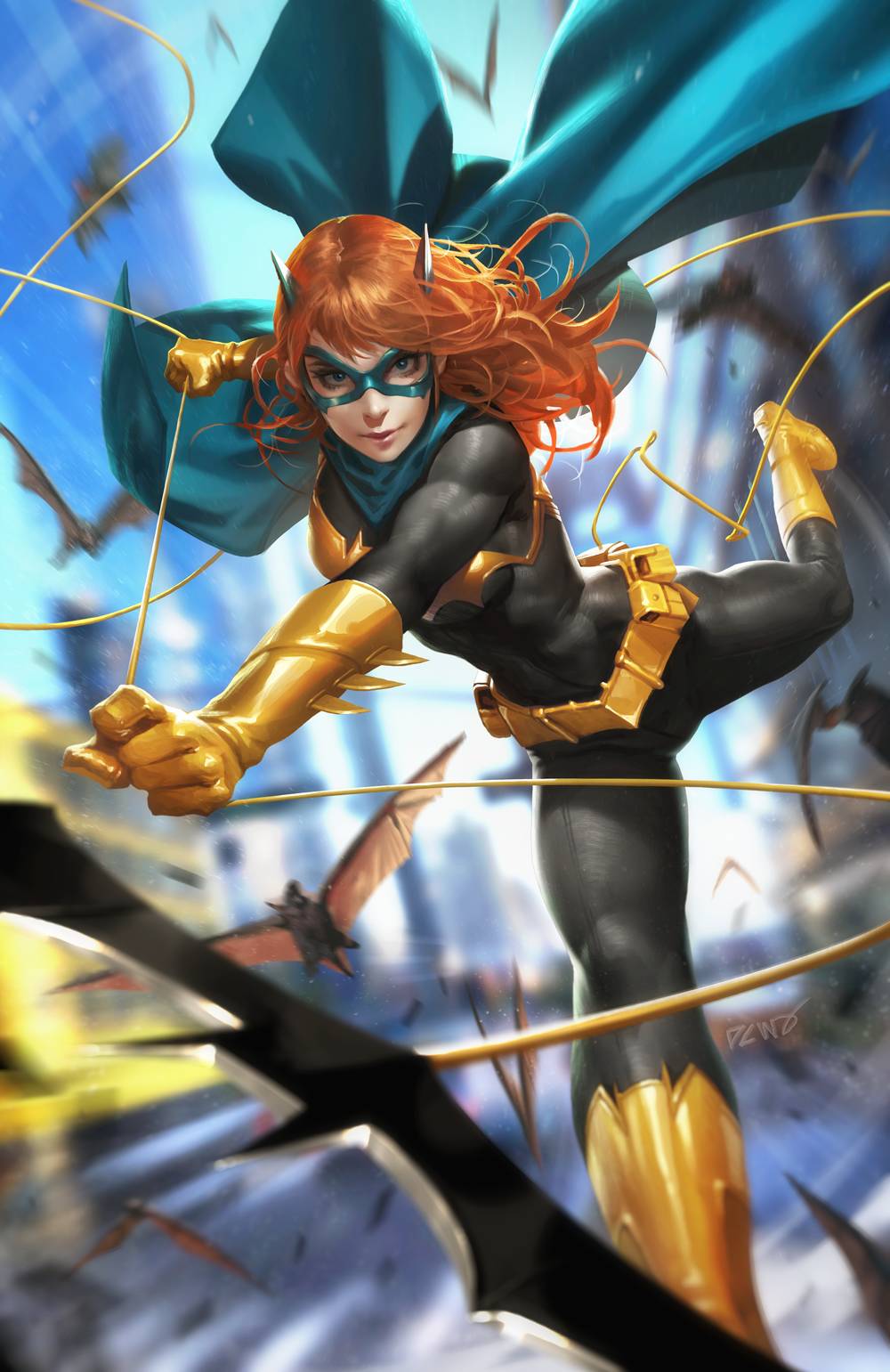 Also in stores on 2/27 is the super cool variant cover to Detective Comics #999 by none other than the legendary John Byrne! This is also the last issue prior to #1000! The truth behind the gauntlet Batman has been forced to run-a violent odyssey that endangered the lives of everyone who made him who he is-is revealed at last...and the mastermind working to unmake the Batman must be seen to be believed! Is there a goal here beyond destruction? Will Batman emerge stronger...or with a mortal wound at the exact moment that his most dangerous challenge yet is on the horizon in next month's DETECTIVE COMICS #1000? 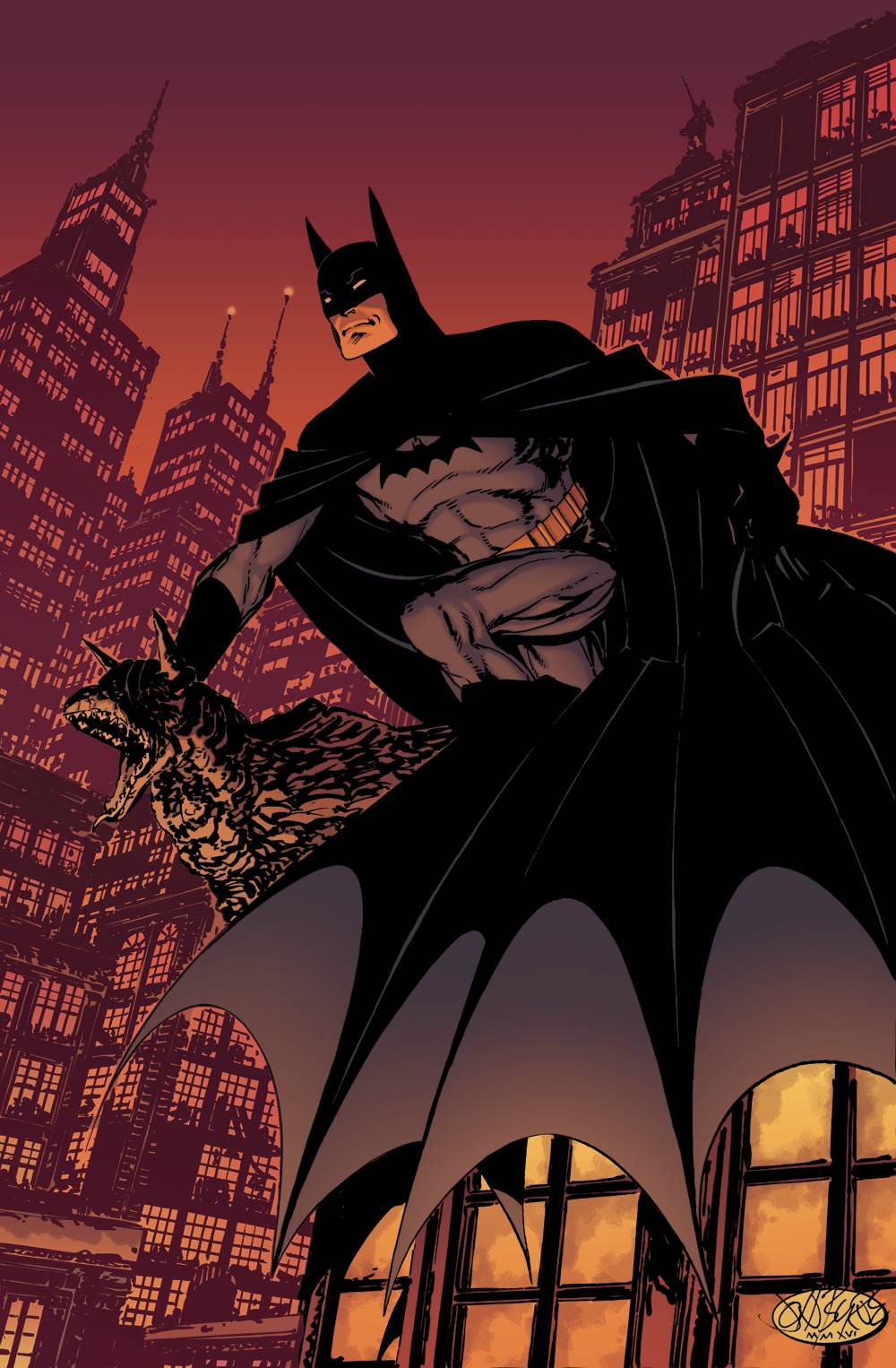 Lastly from DC and in stores on 2/27 is the AMAZING variant cover to Wonder Woman #65 by ArtGerm! If you asked Wonder Woman who her nemesis is, she might just say Veronica Cale-and now Veronica has the powers of the actual god Nemesis under her control! Some of the resurrected Olympians whom Wonder Woman has encountered have changed in unpredictable ways...is there a crack in Nemesis' armor that Diana can get through? Or will she miss the chance to redeem yet another of her divine brethren? 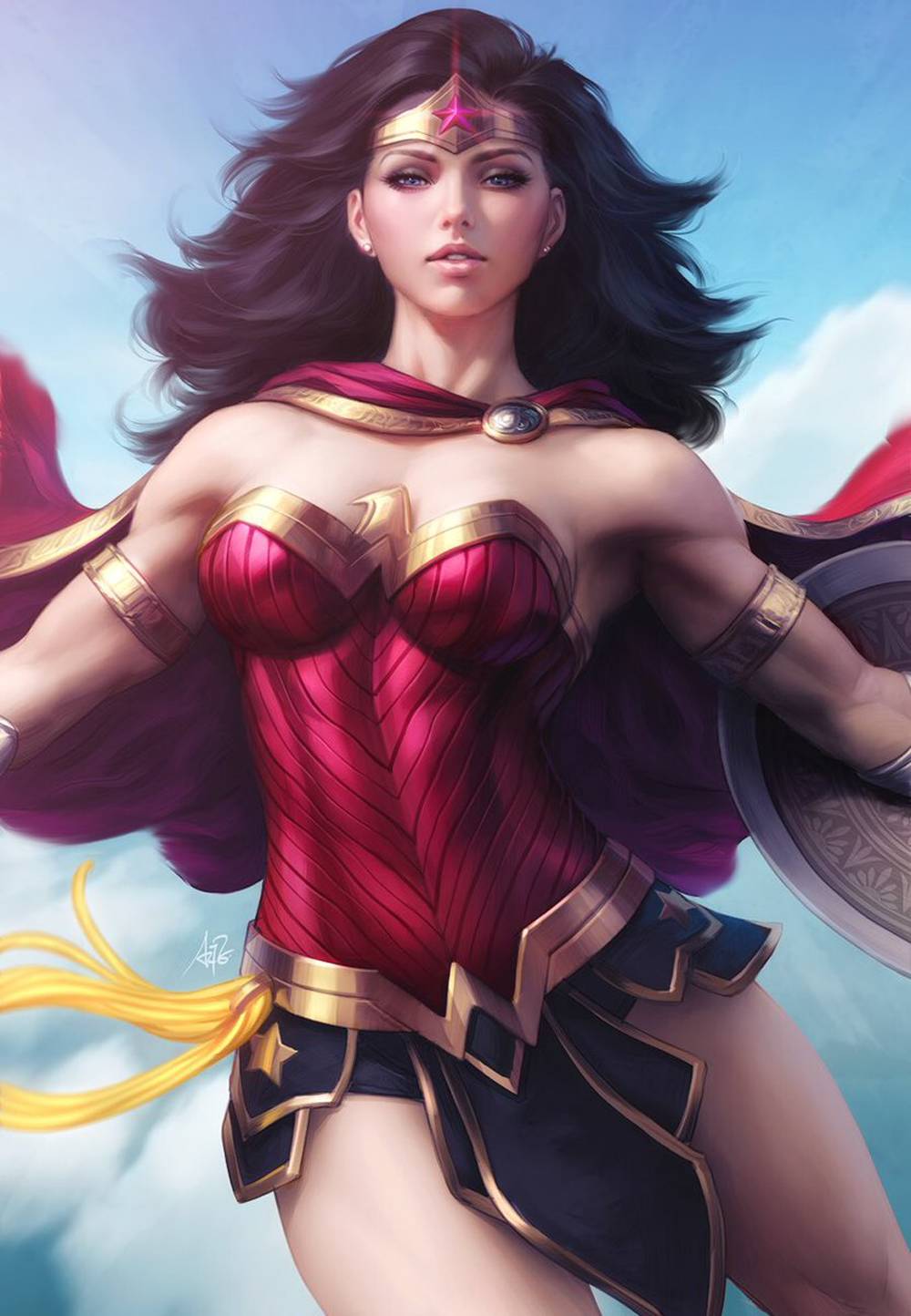 From IDW and in stores on 2/27 is the latest installment of their Dungeons and Dragons line of comics! Dungeons & Dragons A Darkened Wish #1! When war threatens the Moonshae Isles, legendary heroes return to defeat the forces of an unthinkable foe. The Forgotten Realms are changed forever as young wizard Helene and her friends grow from raw recruits on the streets of Mintarn into powerful warriors. Creators B. Dave Walters (Stream of Many Eyes, Geek & Sundry, The Rundown) and Tess Fowler (Kid Lobotomy, Critter) join forces to bring you an all-new D&D adventure of epic scope and flair! 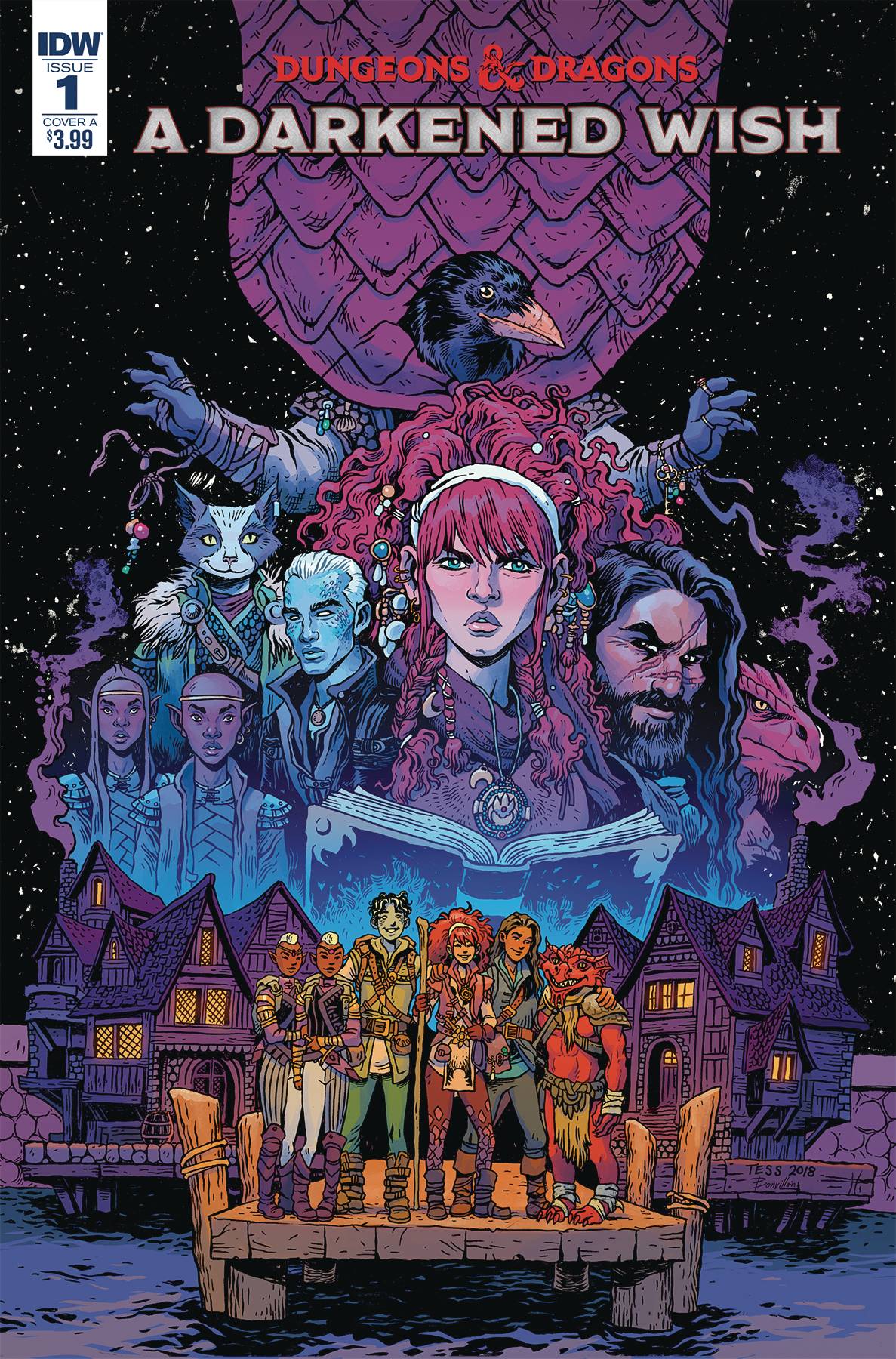 Also from IDW/Black Crown and in stores on 2/27 is Punks Not Dead London Calling #1 (of 5). Teenage geek Fergie Ferguson and his BF Sid, the ghost of a punk rocker who only Fergie can see or hear, are on the lam for a murder they didn't exactly commit. They've made it to London but on their tail are the police, the quirky paranormal investigation agency the Department of Extra-Usual Affairs, and some really freaky magpie monsters, so there's not (much) time for sightseeing. While Fergie tracks down his long-absent father to get answers about his powerful new "abilities" (Sid calls them "psychic grenades"), DfEUA's old-school mod super spy Dorothy Culpepper and her sensible young partner Asif Baig uncover evidence that links Fergie to the underworld. Fergie's mum Julie and his not-a-girlfriend Natalie also join forces to save Fergie from life in prison... but with a psychopathic serial killer showing an interest, everybody might soon be running out of time. 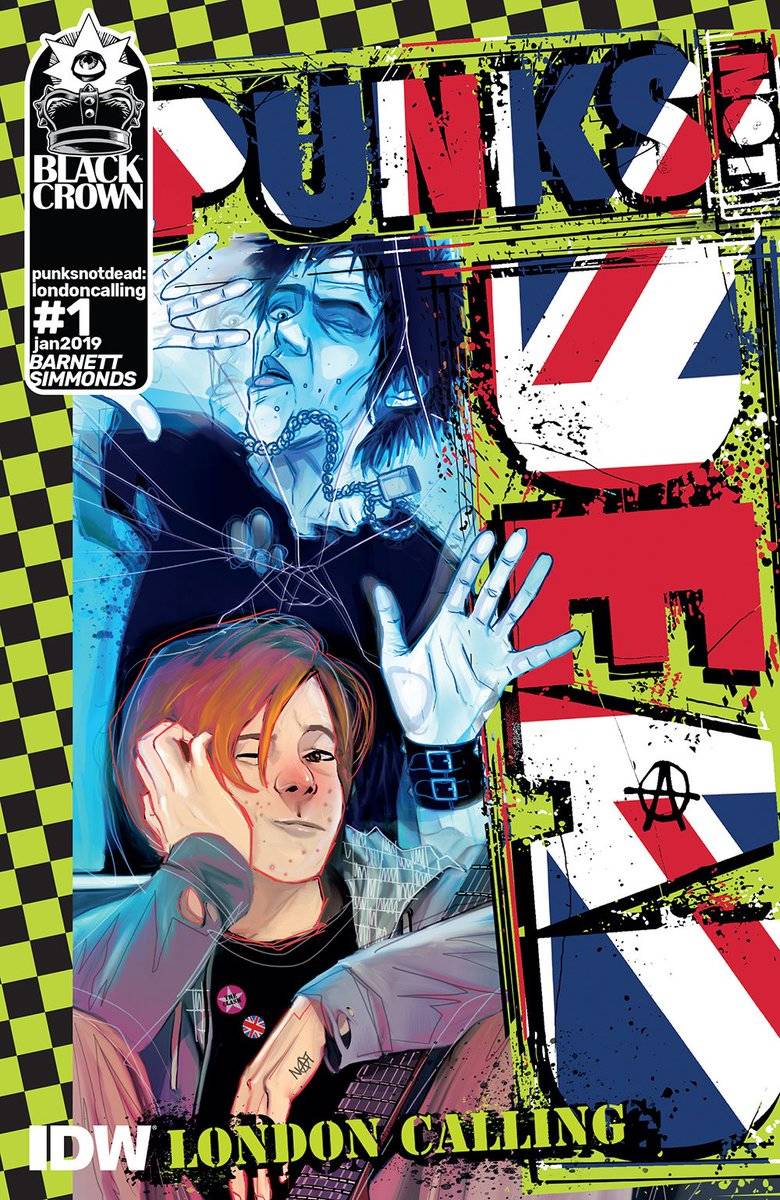 From Marvel, and in stores on 2/27/19 is Age of X-Man X-Tremists #1 (of 5). A perfect world doesn't just...happen. It needs to be cultivated. That's where the X-Tremists come in. Psylocke, Iceman, Northstar, Blob, Jubilee and Moneta protect people from threats they won't even know existed, including the most insidious threat of all - love. 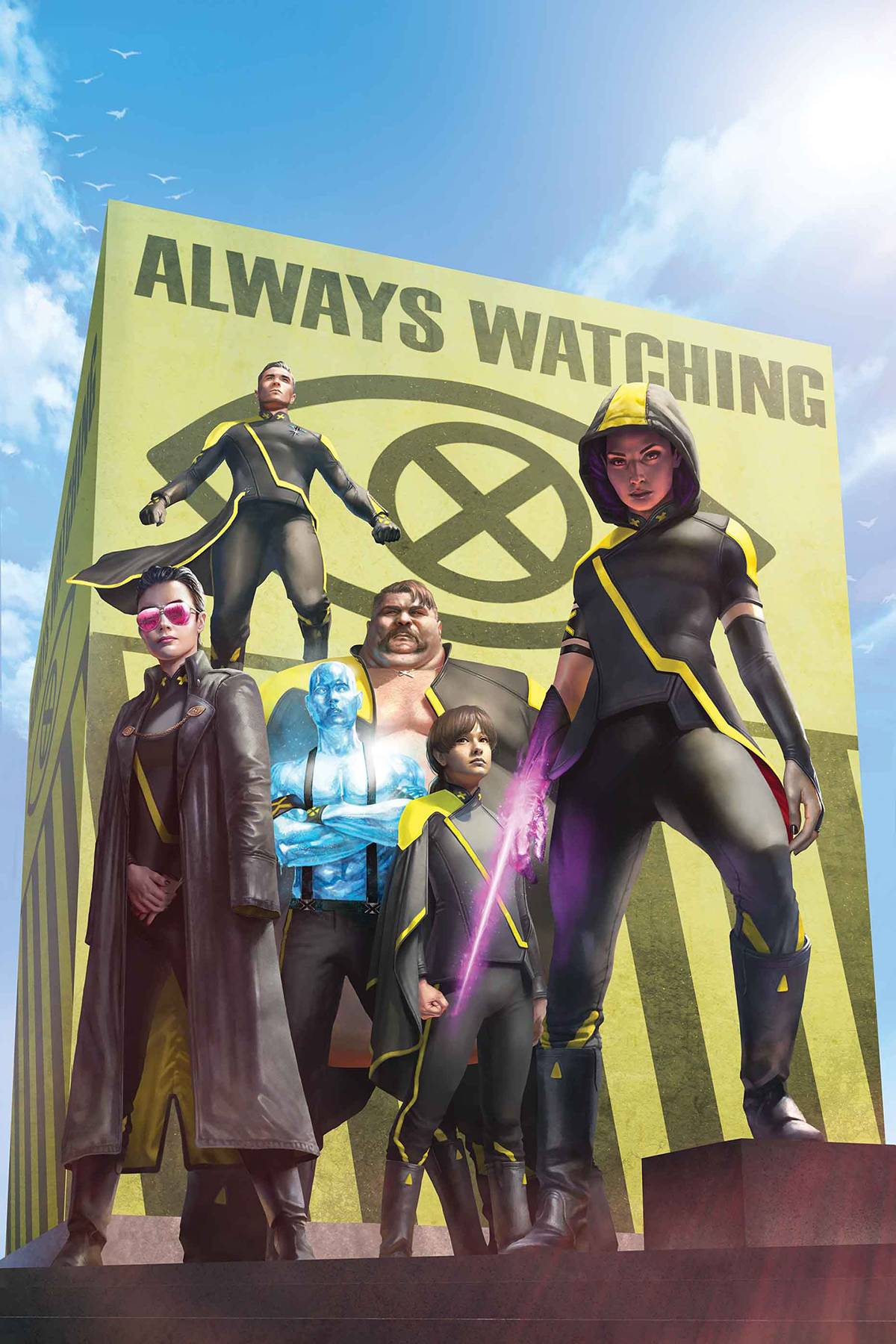 Next from Marvel and in stores on 2/27 is Captain Marvel Braver & Mightier #1 (one shot). HERO FOR A DAY, HERO FOR A PLANET! It's CAROL DANVERS Day! Air Force Pilot Carol Danvers is a hero to many...so what could possibly delay her to her own celebration? Only her other job-as Earth's Mightiest Hero, CAPTAIN MARVEL! Stuck between her duty to her community and her responsibility to the wider world, Carol will have to make a tough decision, and muster all of her power to fend off an invasion force! Don't miss the excitement of the STRONGEST & MIGHTIEST hero of all in her latest adventure! 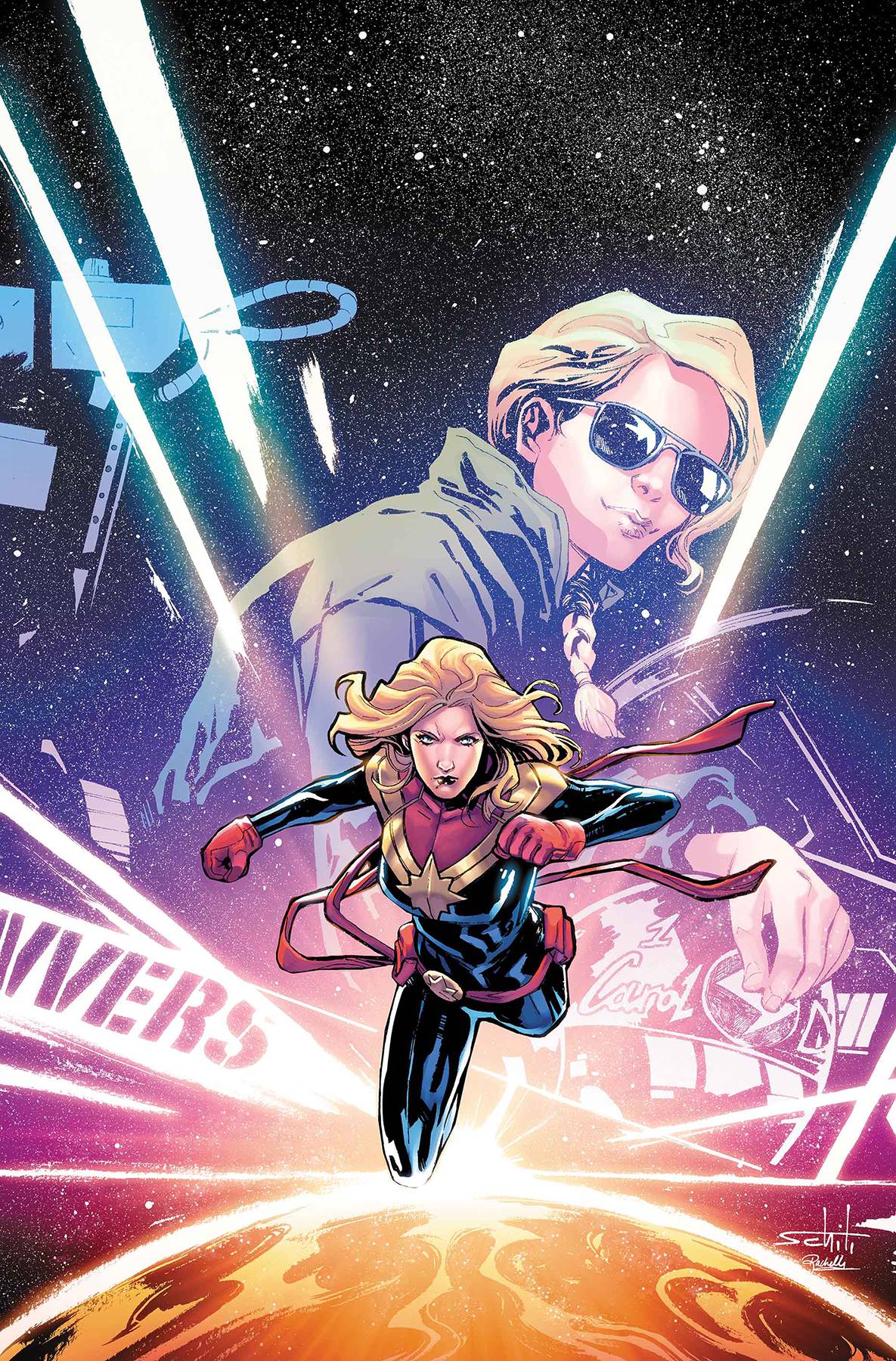 Up next from Marvel and in stores on 2/27 is Uncanny X-Men Winters End #1 (one shot). Iceman and the X-Men get a special visitor from the future! An older Bobby Drake has come to the present to tell him to give up being a super hero. But what could have happened that would change Bobby Drake from the X-Men's resident jokester to a morose mutant? 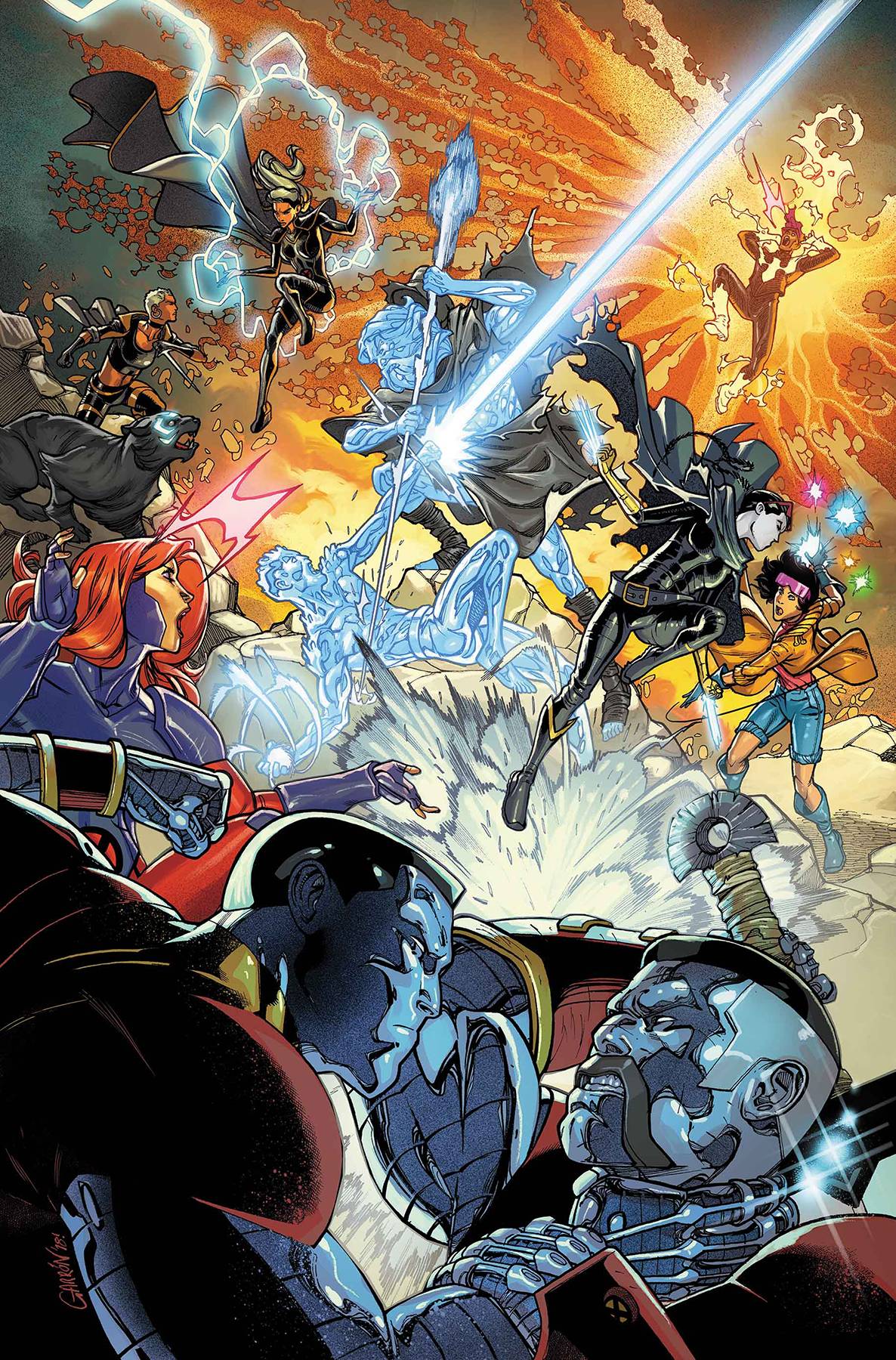 From Action Lab and in stores on 2/27 is Sweetie #1. Maggie isn't your typical comic book, cartoon, and action movie fangirl. Through keen observation and unbending determination, she has taught herself all the death-defying stunts and fighting styles of her favorite action stars and superheroes! Unfortunately, Maggie has kept her eccentric hobby to herself, ever since it earned her the label of "nerd" among her classmates. After all, superheroes and evil villains are all kid stuff... right? Wrong! The day before she begins high school, Maggie has a run-in with an evil mastermind and his sinister mercenary group. After years of training, it's up to Maggie to be the self-taught superhero the city needs! But with bad guys crawling out of the woodwork and the daunting unknown of a high school ahead of her, can she really take on the world alone? 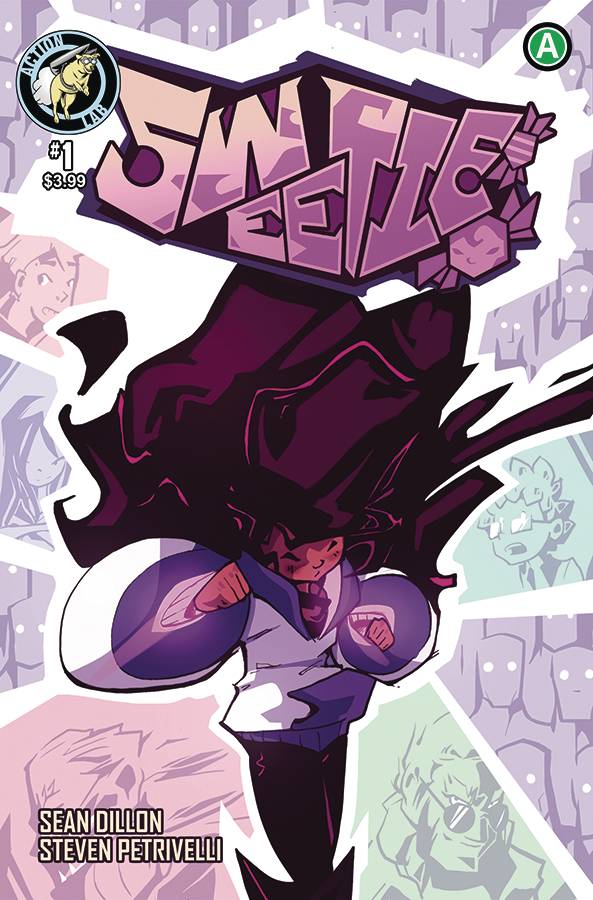 From Black Mask and in stores on 2/27 is Nobody In Control #1 (of 4). When Richard sees a man run through his yard, he follows him out of concern. This deep in the woods, he must be lost... must be in trouble. Bust soon it's Richard in peril, as this stranger drags him into a deep, twisted web of conspiracy going back hundreds of years. 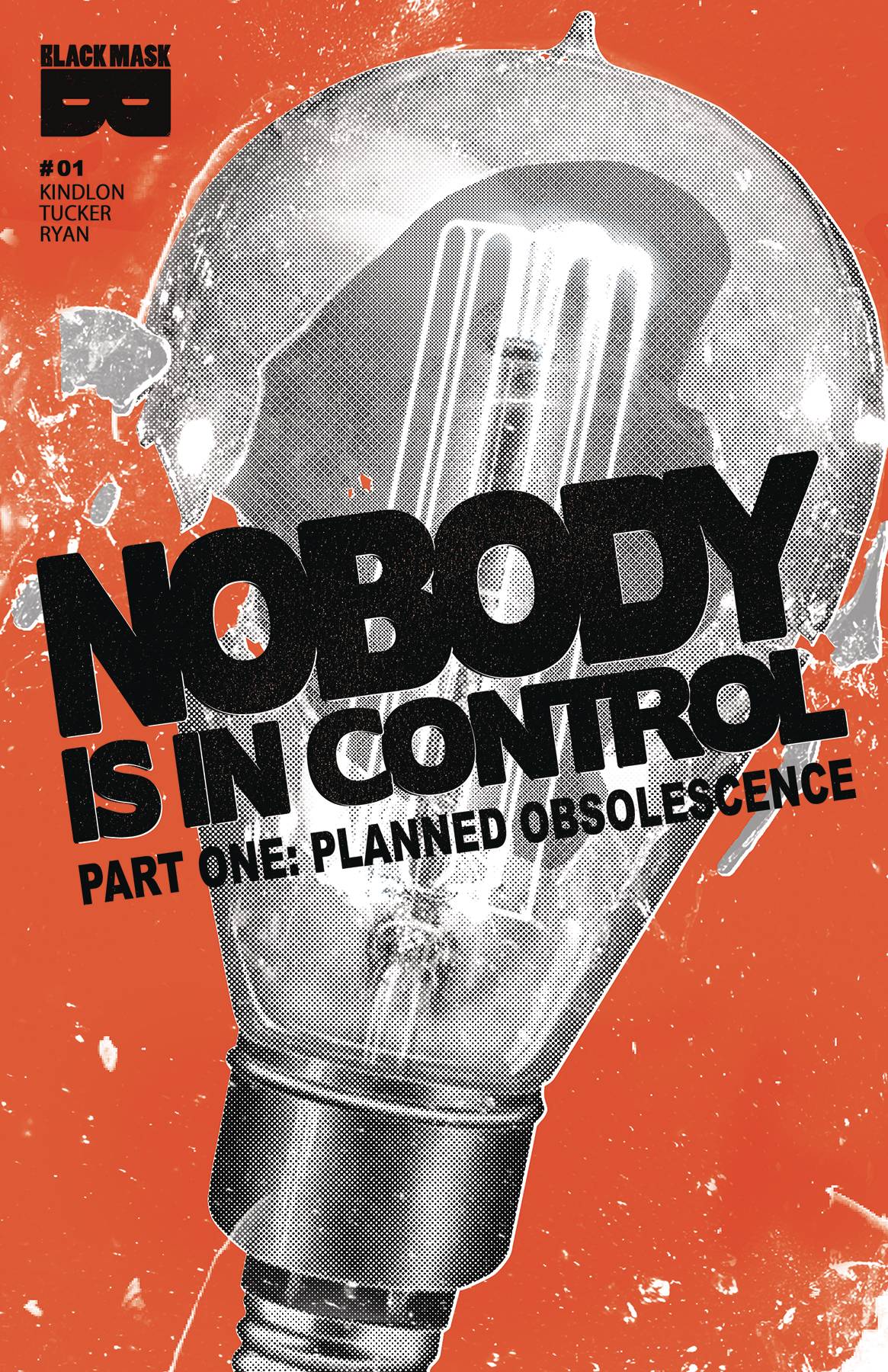 From Valiant and in stores on 2/27 is Forgotten Queen #1 (of 4). Long ago, the mighty generals of the Mongol Empire rode from Siberia to Carpathia and conquered all who stood in their way. Legends tell of a witch who walked with them, who could infect the hearts of any warriors in her midst with an unquenchable thirst for battle and bloodshed... a War Monger. And now she is walking again.This winter, an ancient evil will stir as rising star writer Tini Howard (Captain America Annual #1, Assasinistas) and powerhouse artist Amilcar Pinna (Generation X) unleash hell in a brand-new saga of honor, love, and savagery that's centuries in the making! 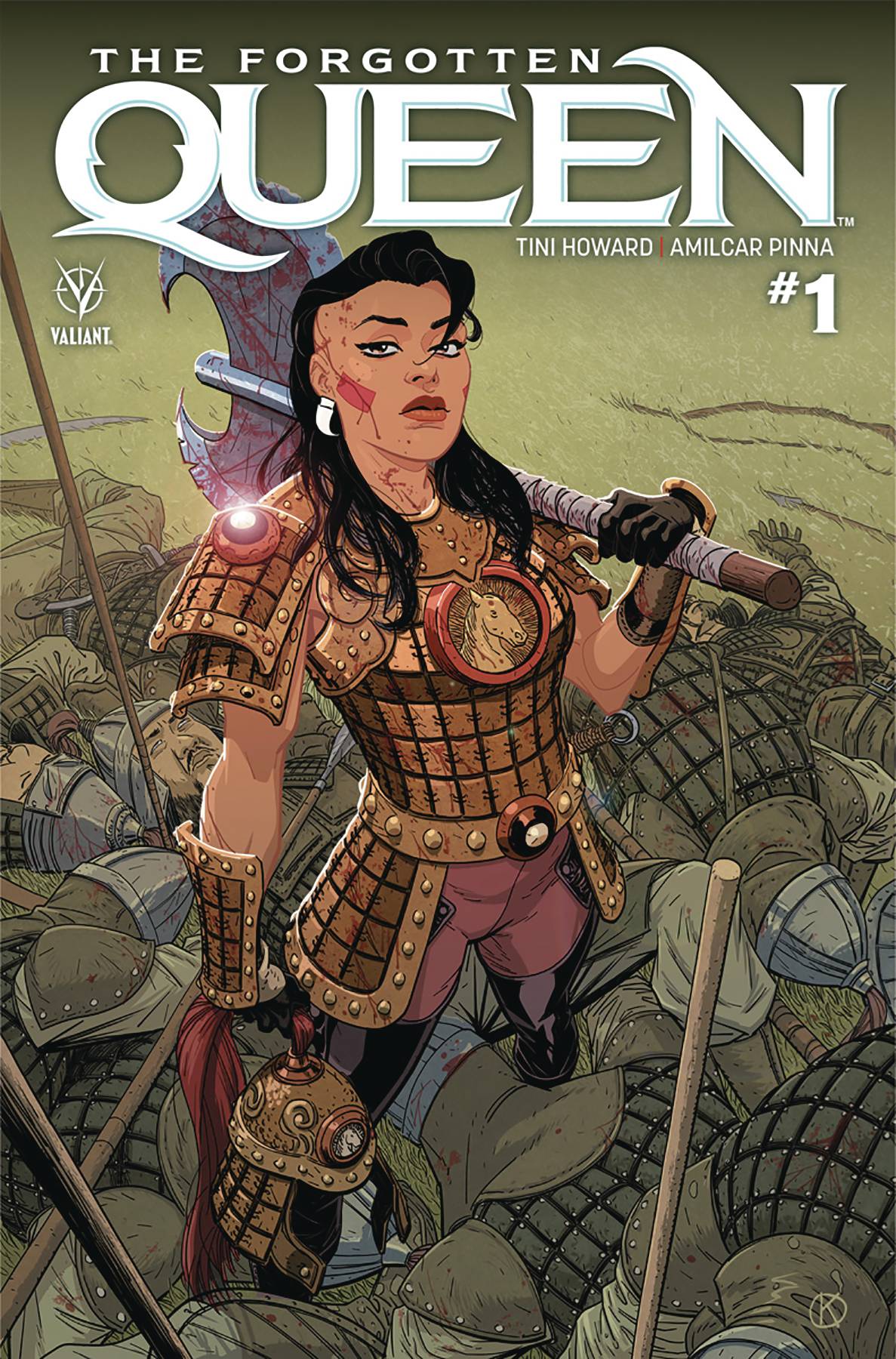