Or Monday Morning FOC roundup. Its been a weird few days. Hopefully everyone had a good Easter Weekend. Weather today sucks, but what can ya do. These titles are on FOC TODAY! Meaning that today is the last chance for us to adjust numbers before the books ship out for sale on Wednesday, May 15th. If you would like to add any of these books to your subscriptions, please let us know ASAP!

From Dark Horse and in stores on 5/15 is Last Stop on the Red Line #1. Detective Migdalia Torres investigates a vicious strangling on a Boston subway car with no feasible leads. As potential evidence produces dead ends, Migdalia inadvertently takes in a vagrant named Yusef who may have a supernatural connection to the crime at hand. 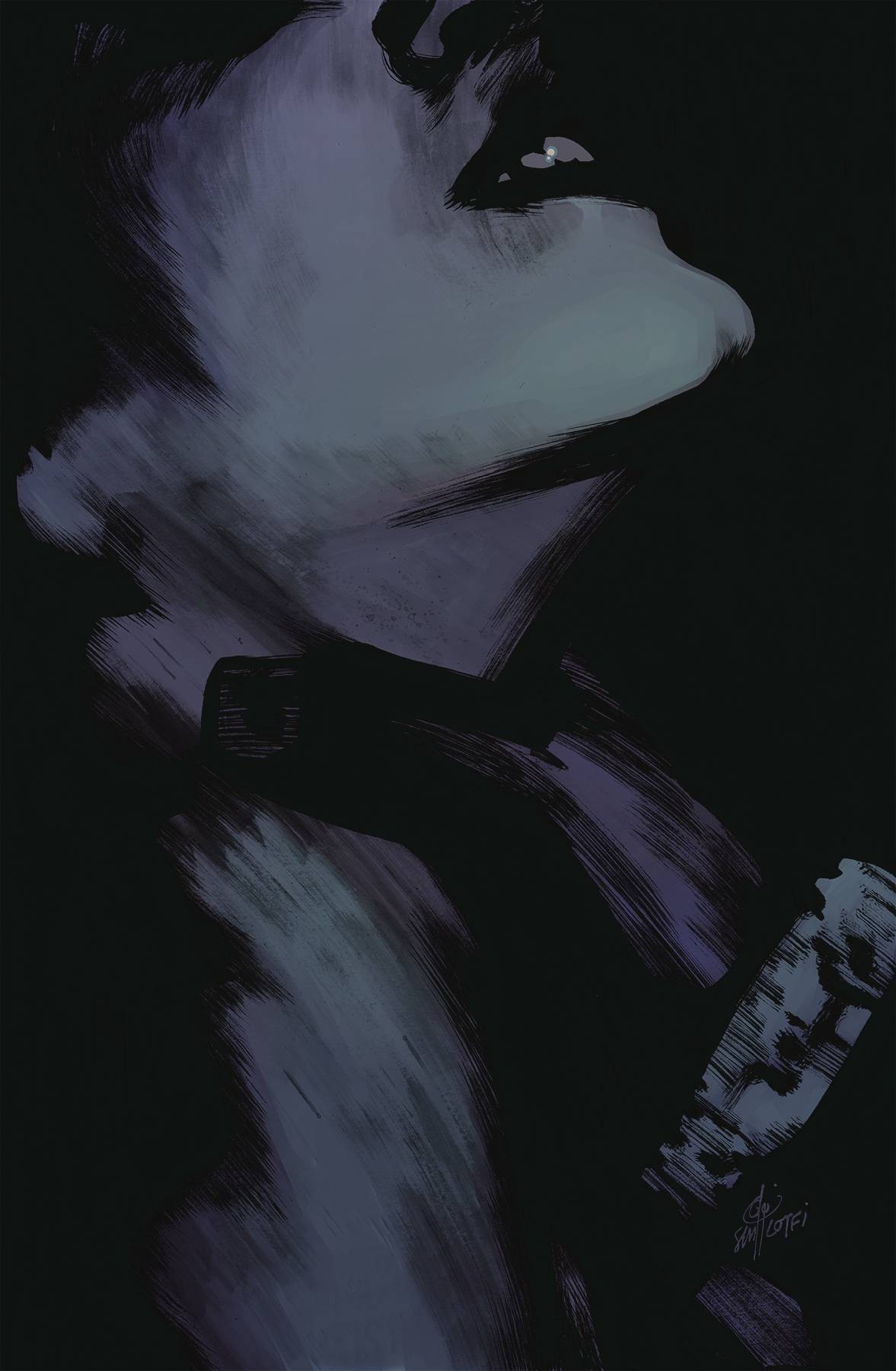 Also from Dark Horse and in stores on 5/15 is Joe Golem Occult Detective: The Conjurors #1 (of 5). Joe Golem is dead. Or is he? Simon Church is fading fast in the city above and Molly is held captive by Dr. Cocteau's gas-men below, but something stirs in the tunnels. How much of the golem is still in the man, or the man in the golem? And can either be enough to stop Dr. Cocteau once he has the artifact he seeks? 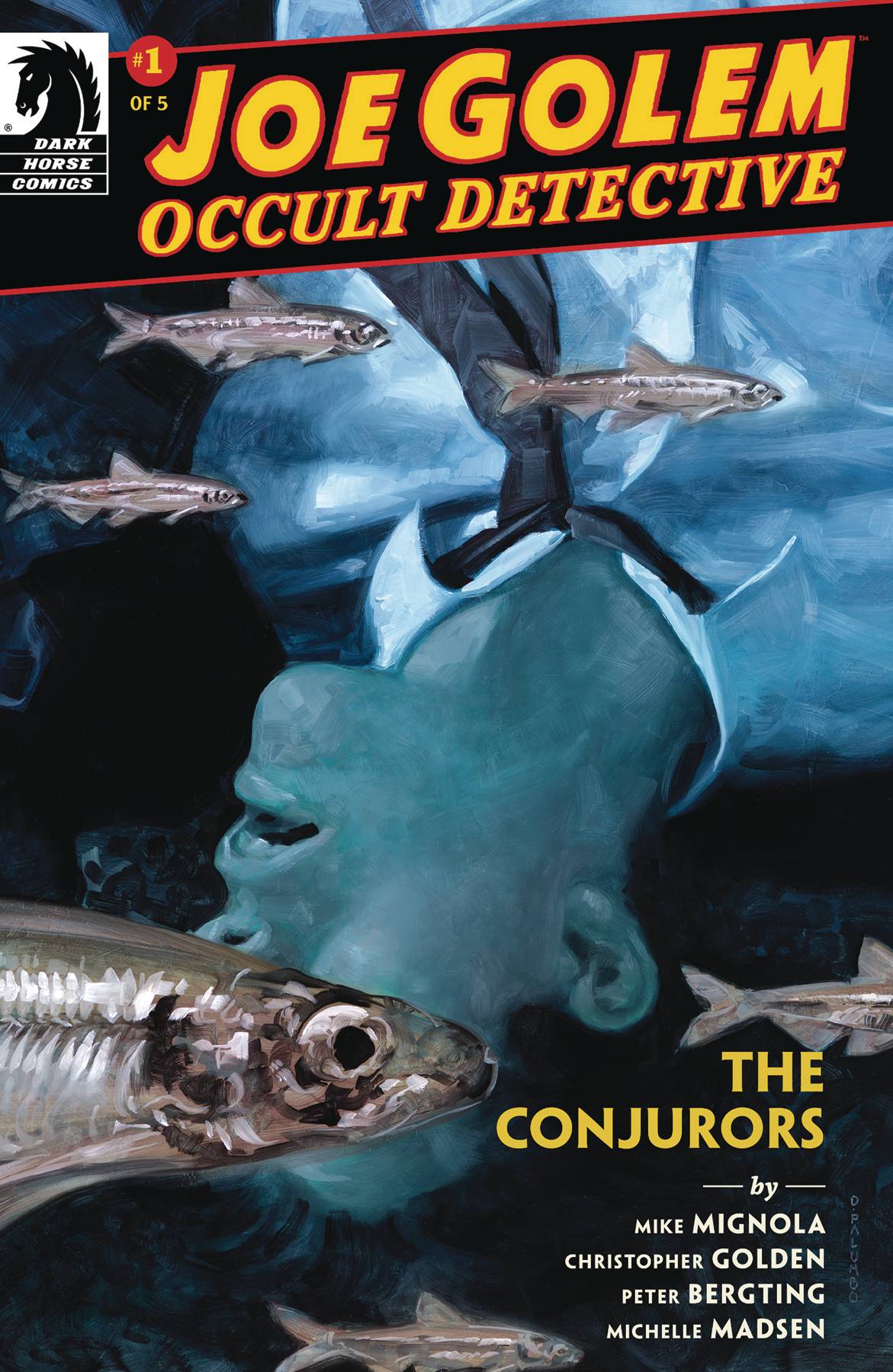 From DC and in stores on 5/15 is Naomi #5. This book continues to sell out and sell for more than cover price. With reprints of #1-4 on the way, jump on one of the hottest titles in quite a while. This is it! In this issue, all secrets are revealed! Who is Naomi? Where did she come from? What can she do? And what does it mean for the rest of the DC Universe? It's the one you've been waiting for from Bendis, Walker and Campbell. 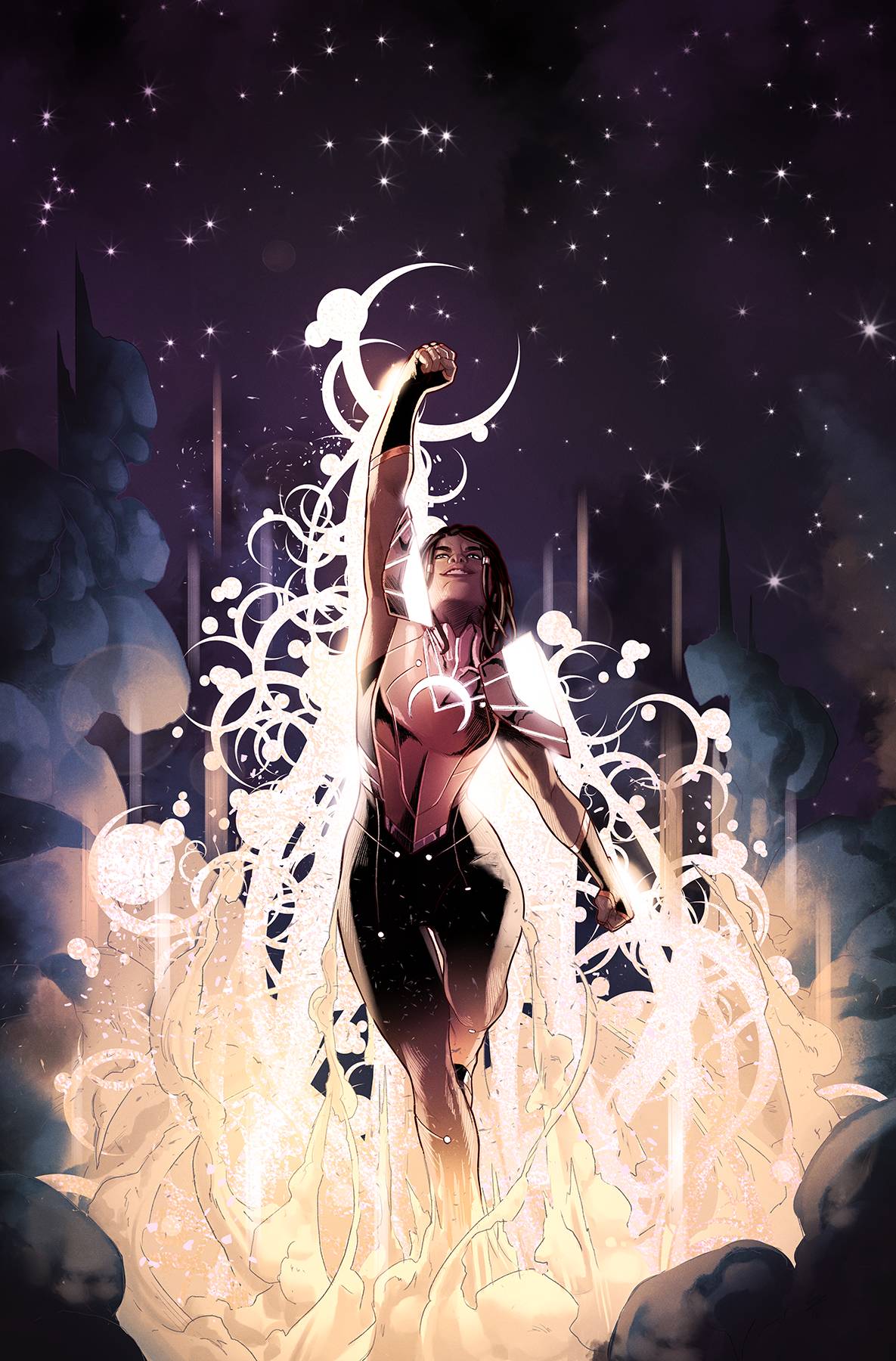 From Marvel and in stores on 5/15 is the beautiful Battle Lines variant for Amazing Spider Man #21. THE CLIMACTIC CONCLUSION OF "HUNTED" IS HERE!Spidey faces an impossible situation that will push him as far as he's ever been pushed.Who lives and who dies when the hunters become the prey? 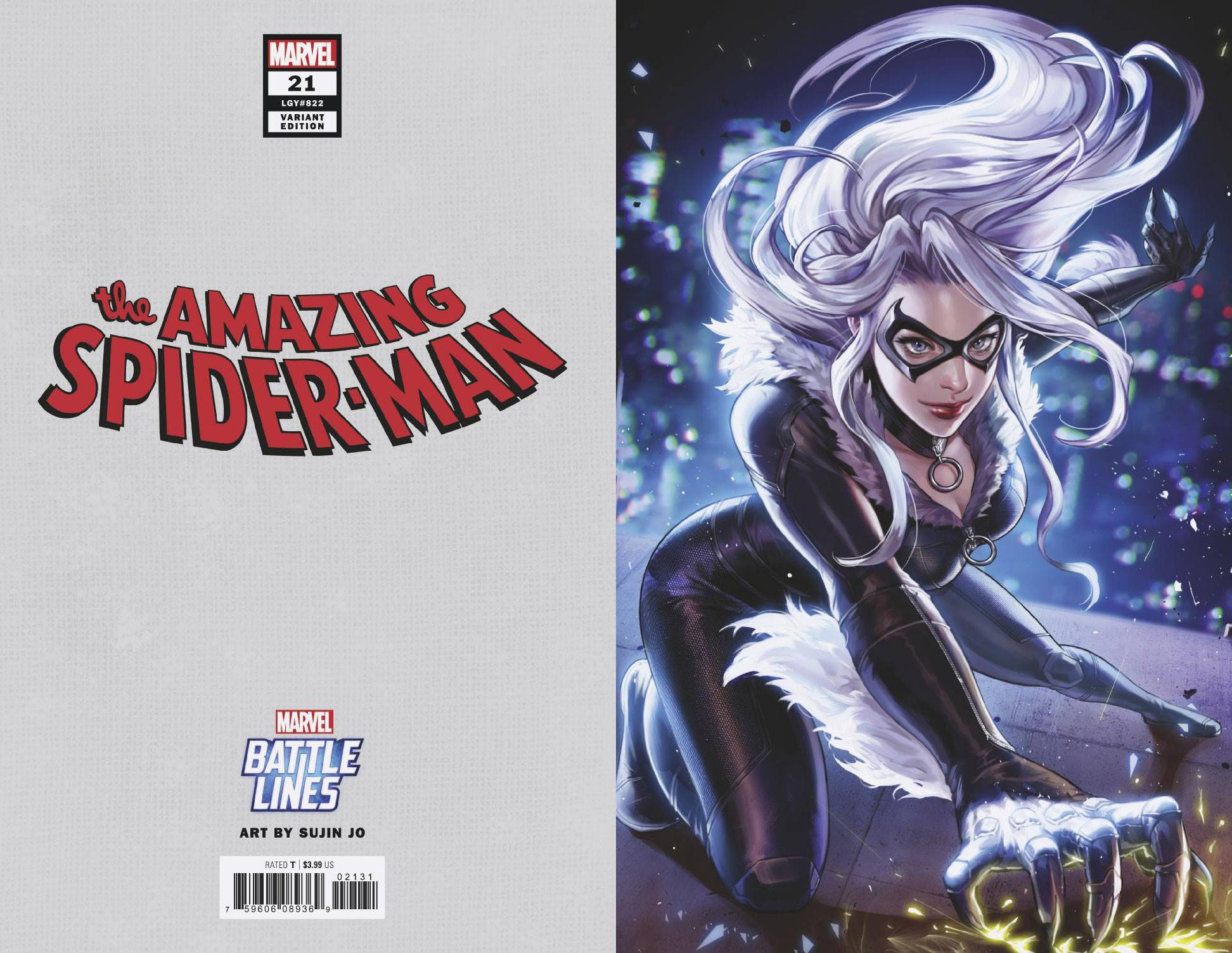 Next up from Marvel and in stores on 5/15, another War of the Realms tie in with Giant Man #1 (of 3). ON THE SHOULDERS OF GIANTS!At the behest of All-Mother Freyja, four men must rise to monstrous heights and infiltrate the most savage territory of New Jotunheim: Florida! 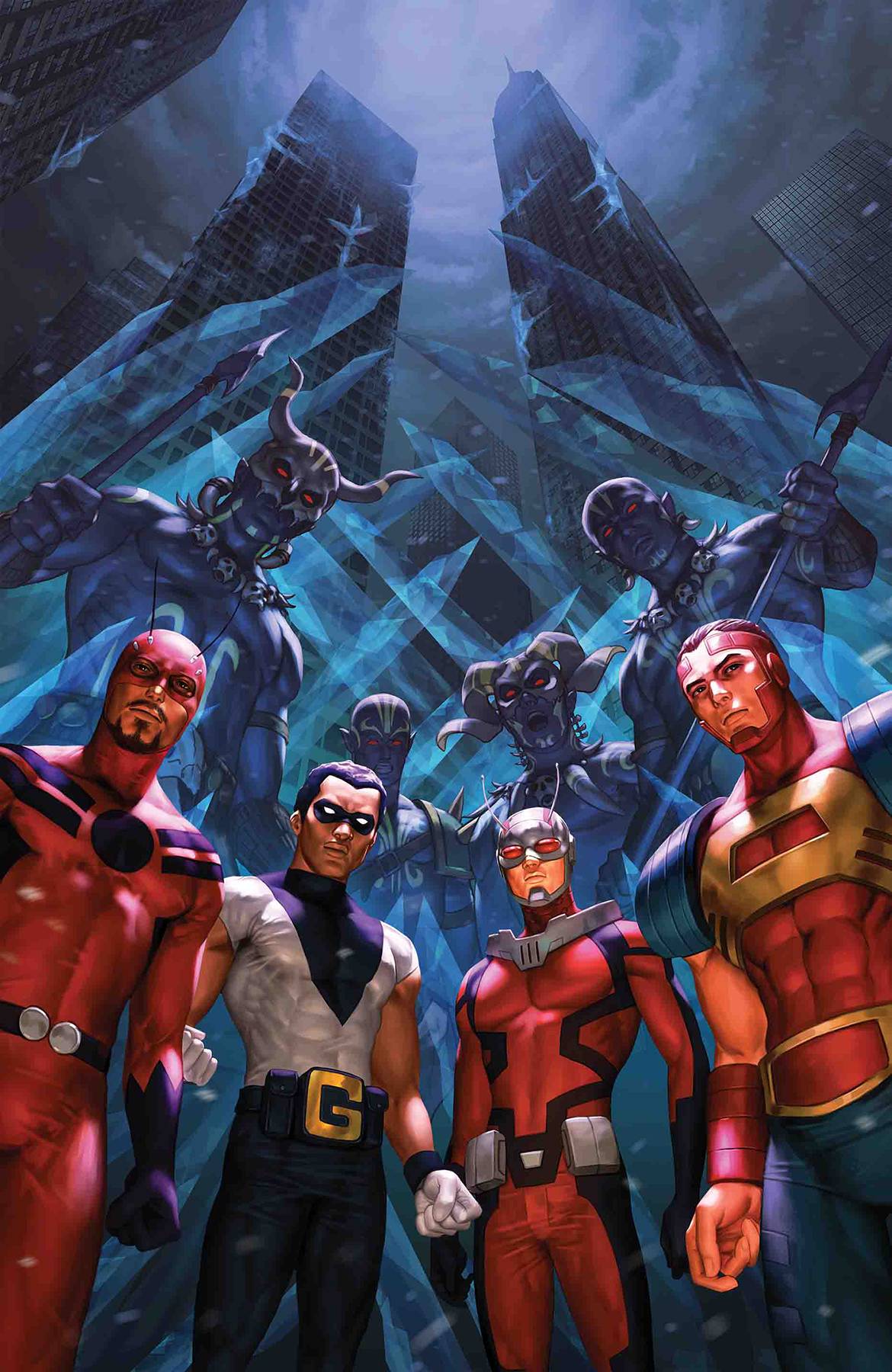 Next from Marvel and in stores on 5/15 is War of the Realms Spider Man and the League of Realms #1 (of 3). In order to win the War of the Realms, we need a LEAGUE OF REALMS!Thor once led this team with one representive from each fantastical realm, but the League has a NEW leader and representative of Midgard- SPIDER-MAN!Spider-Man must Frodo-Up and lead this ragtag group of SCREWBEARD THE DWARF, UD THE TROLL, RO BLOODROOT THE WIZARD, SIR IVORY HONEYSHOT THE LIGHT ELF and TITANYA THE MOUNTAIN GIANT! But who will represent ASGARD?!And, as Spidey is a terrible leader, could this team possibly achieve ANYTHING?! 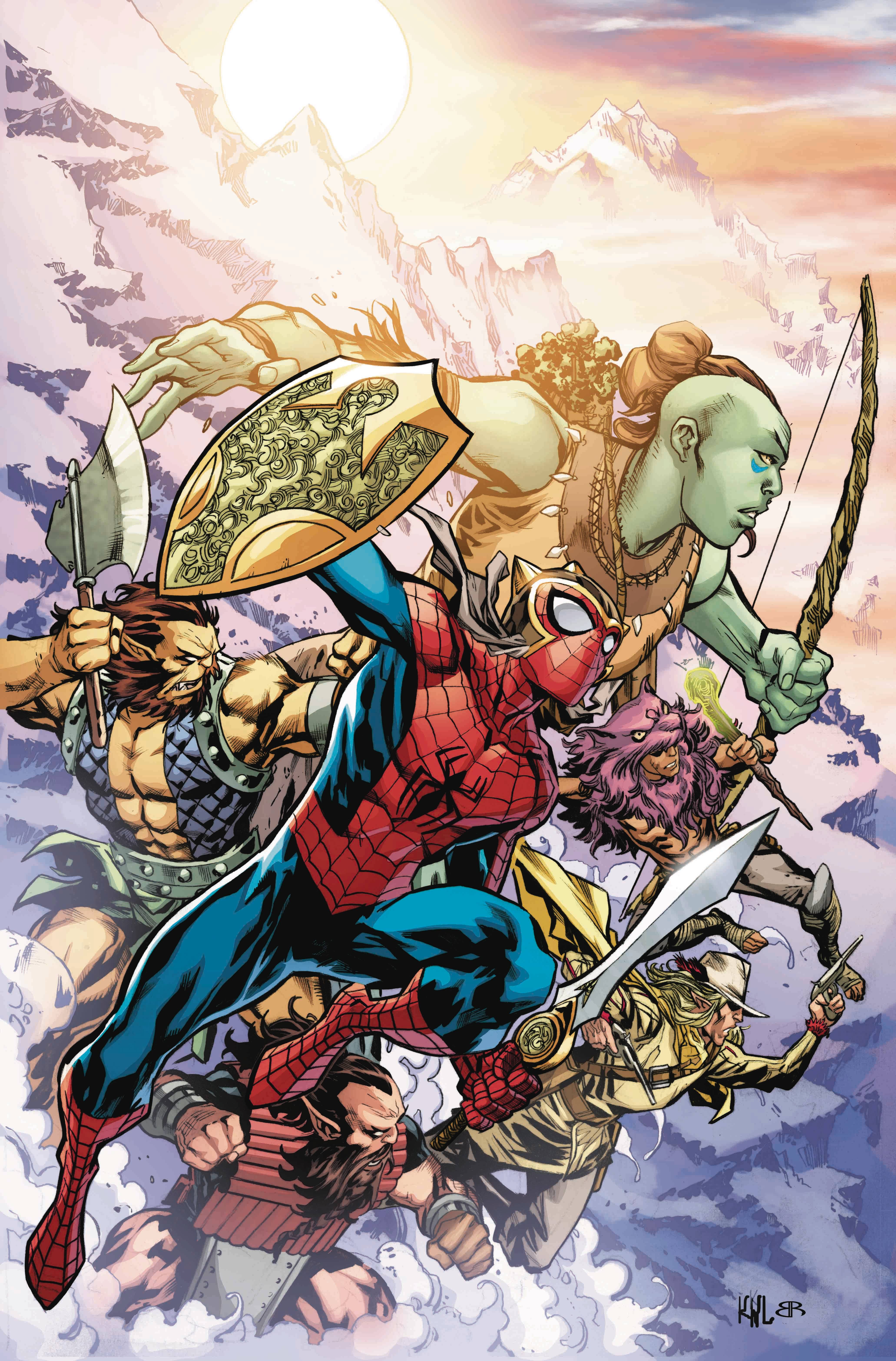 Lastly from Marvel and in stores on 5/15 is War of the Realms Strikeforce War Avengers #1 (one-shot). CAPTAIN MARVEL AND HER WAR AVENGERS HOLD THE FRONTLINE! While two other Strikeforce teams head out to other realms, Captain Marvel leads the fight to reclaim the Earth! But even with a crew of heavy hitters (Weapon H, Captain Britain, Venom, Deadpool) and two of the best spies on the planet (the Winter Soldier and the Black Widow), Carol's fighting a losing game. Malekith's allies are without number - and the battlefield bigger than any Carol's commanded before. Time to lay it all out on the line - and fight for a miracle. 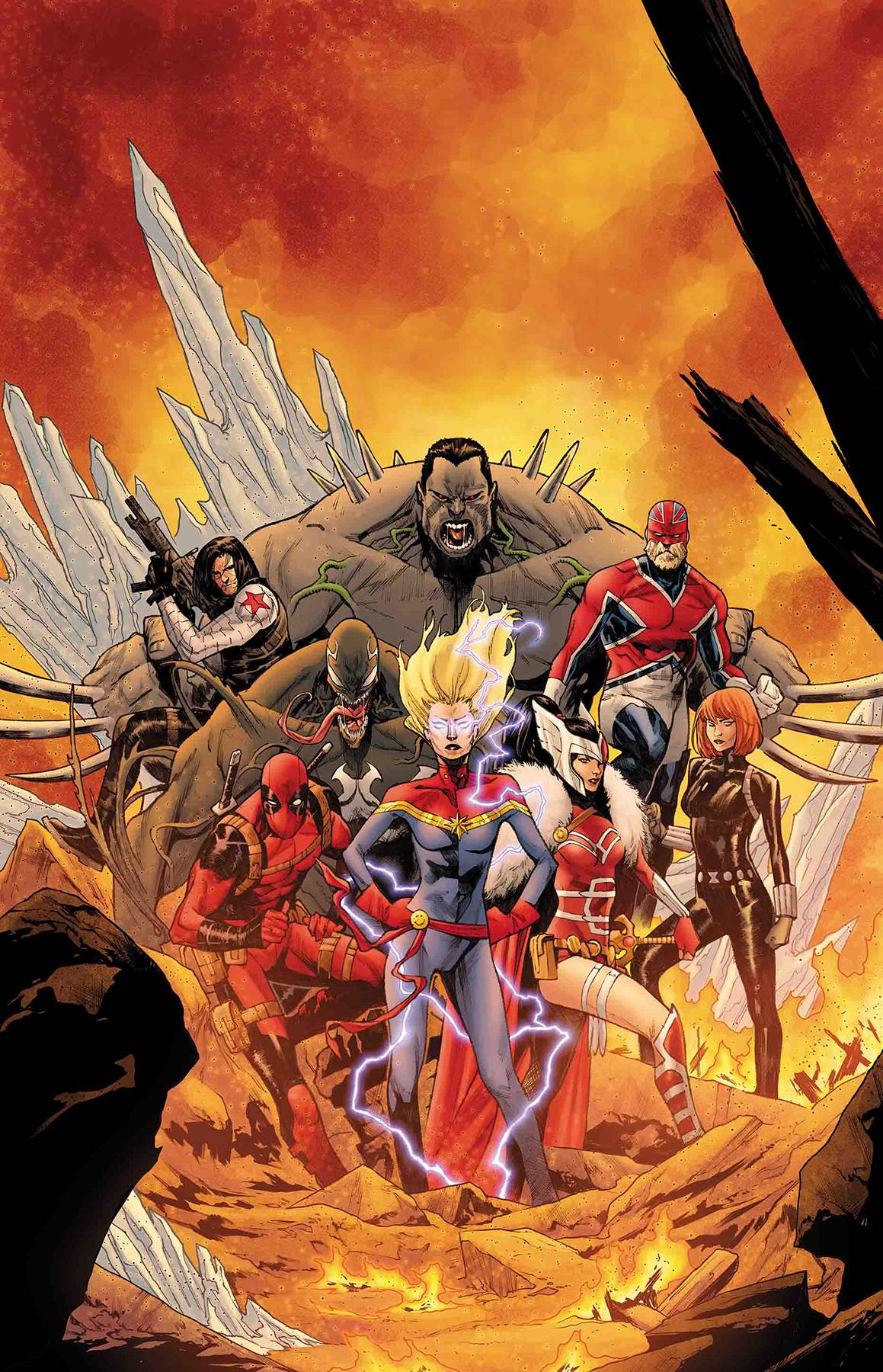