Happy Endgame Weekend everyone! And we are trying to get this done, on time, on Friday! That’s right, its your Friday FOC Roundup! All of these titles are on Final Order Cutoff (FOC) on Monday, April 29th. The majority of these books will be in shops on Wednesday, May 22nd. If you are interested in adding anything to your subscription, please let us know BEFORE end of day on Monday! Lets jump in!

From DC and in stores on 5/22 is the finale to Leviathan Rising! Leviathan wins! After the destruction of anyone and everyone who could stand in its way-from Lois Lane's military father, Sam Lane, to agencies such as Spyral and Checkmate-the newly reorganized and amped-up evil organization stands ready to topple even the Man of Steel! With a shocking conclusion that'll affect the entire DC Universe over the summer, don't miss the epic and unexpected conclusion to "Leviathan Rising." 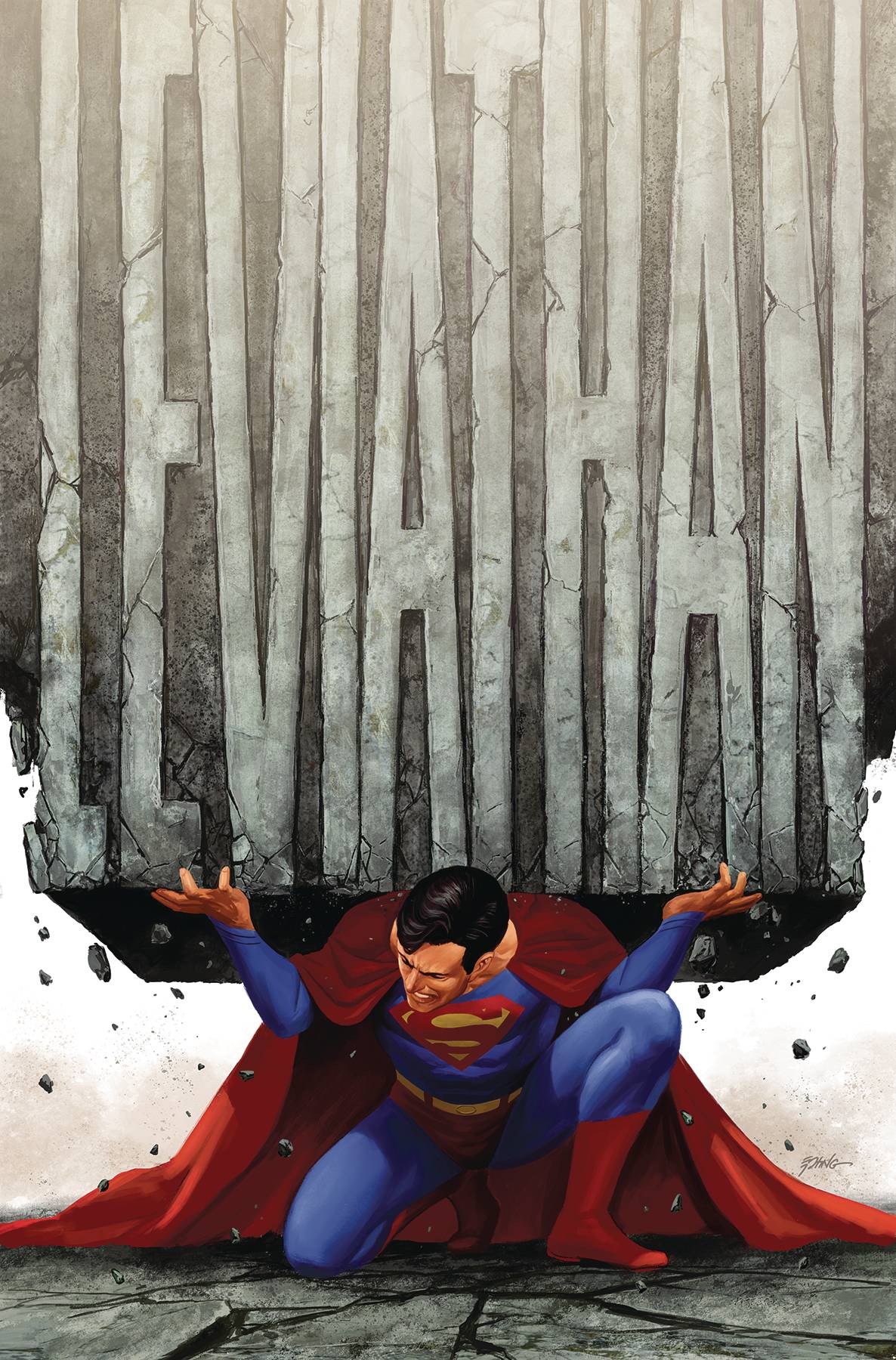 Next from DC and in stores on 5/22 is the awesome Josh Middleton variant cover to Batgirl #35! After Batgirl's discovery of the Terrible Trio's bid to control the Gotham underworld, she's immediately off to investigate-starting with the group's muscle...the Shark! Can Babs use her wits to survive a showdown with this bro turned bruiser? Or is he just a warm-up for the battle to come against this band of wild criminals? 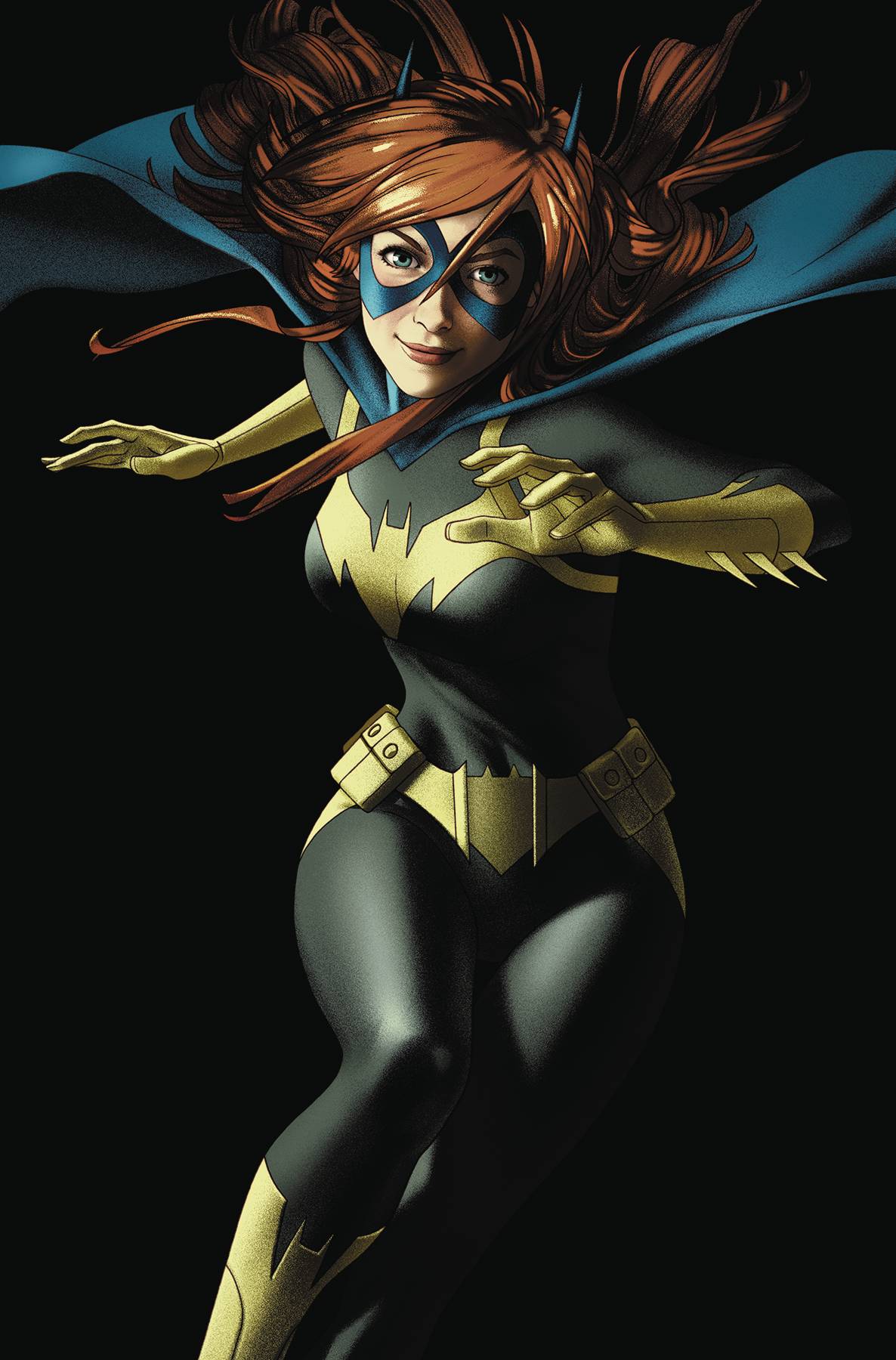 Next from DC and in stores on 5/29 is Batman Last Knight on Earth #1 (of 3). The next DC Black Label book is almost here! Bruce Wayne wakes up in Arkham Asylum. Young. Sane.And...he was never Batman.So begins this sprawling tale of the Dark Knight as he embarks on a quest through a devastated DC landscape featuring a massive cast of familiar faces from the DC Universe. As he tries to piece together the mystery of his past, he must unravel the cause of this terrible future and track down the unspeakable force that destroyed the world as he knew it...From the powerhouse creative team of writer Scott Snyder and artist Greg Capullo, the team that reinvented Batman from the emotional depths of "Court of Owls" to the bombastic power of DARK NIGHTS: METAL, DC Black Label is proud to present the bimonthly, three-issue miniseries BATMAN: LAST KNIGHT ON EARTH. With an awesome variant by Jock! 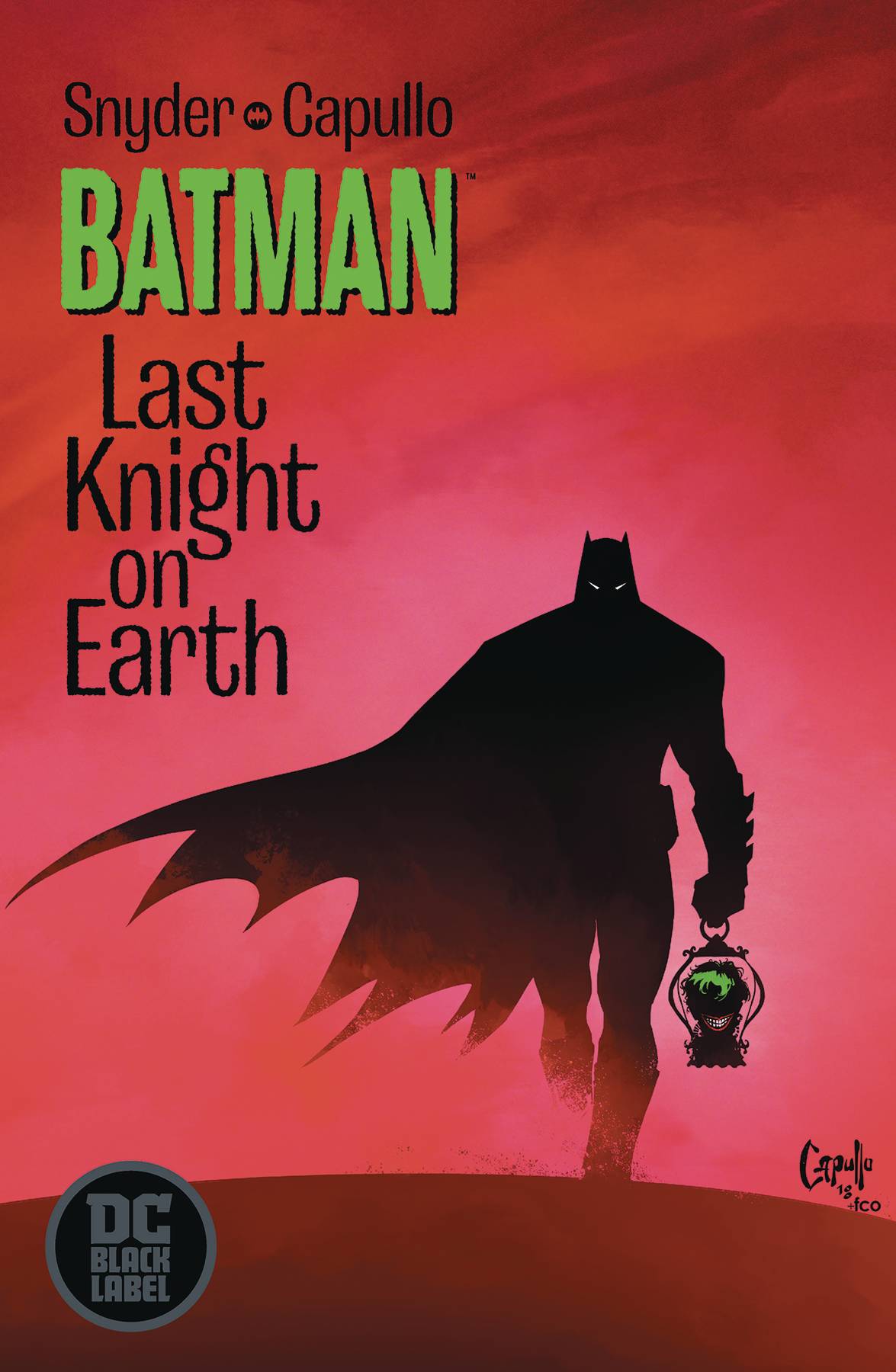 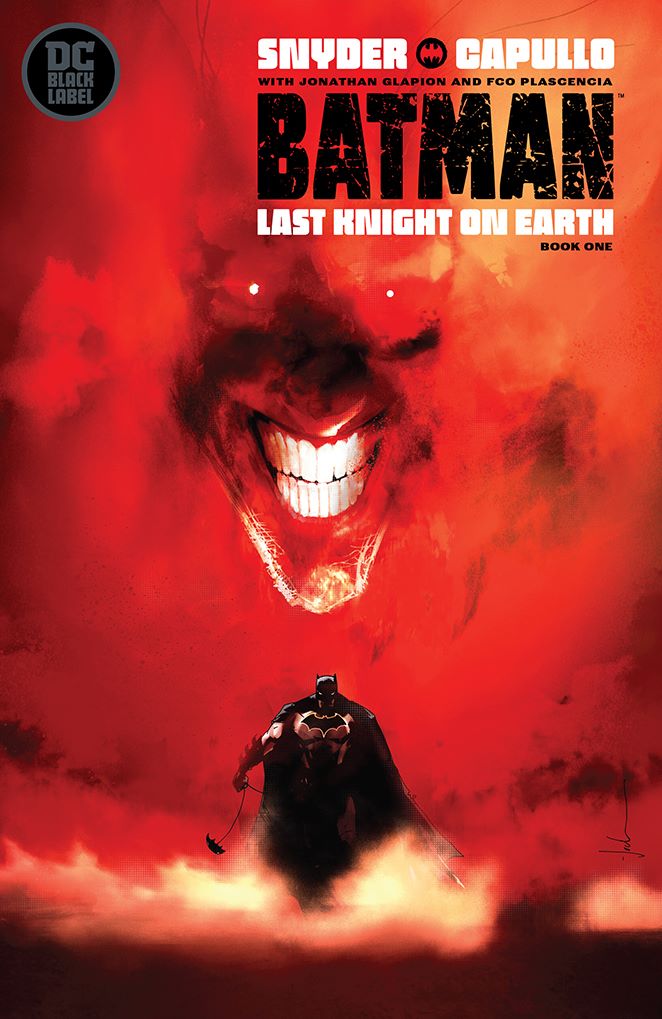 Also from DC and in stores on 5/29 is DC’s Dog Days of Summer #1. "Who let the dogs out?" DC does this summer as we unleash the beast within and join Krypto and Superman, Bat-Cow and Batman, Wonder Woman and Ferdinand and many more for eight sun-kissed stories in this can't-miss animal-sized spectacular! 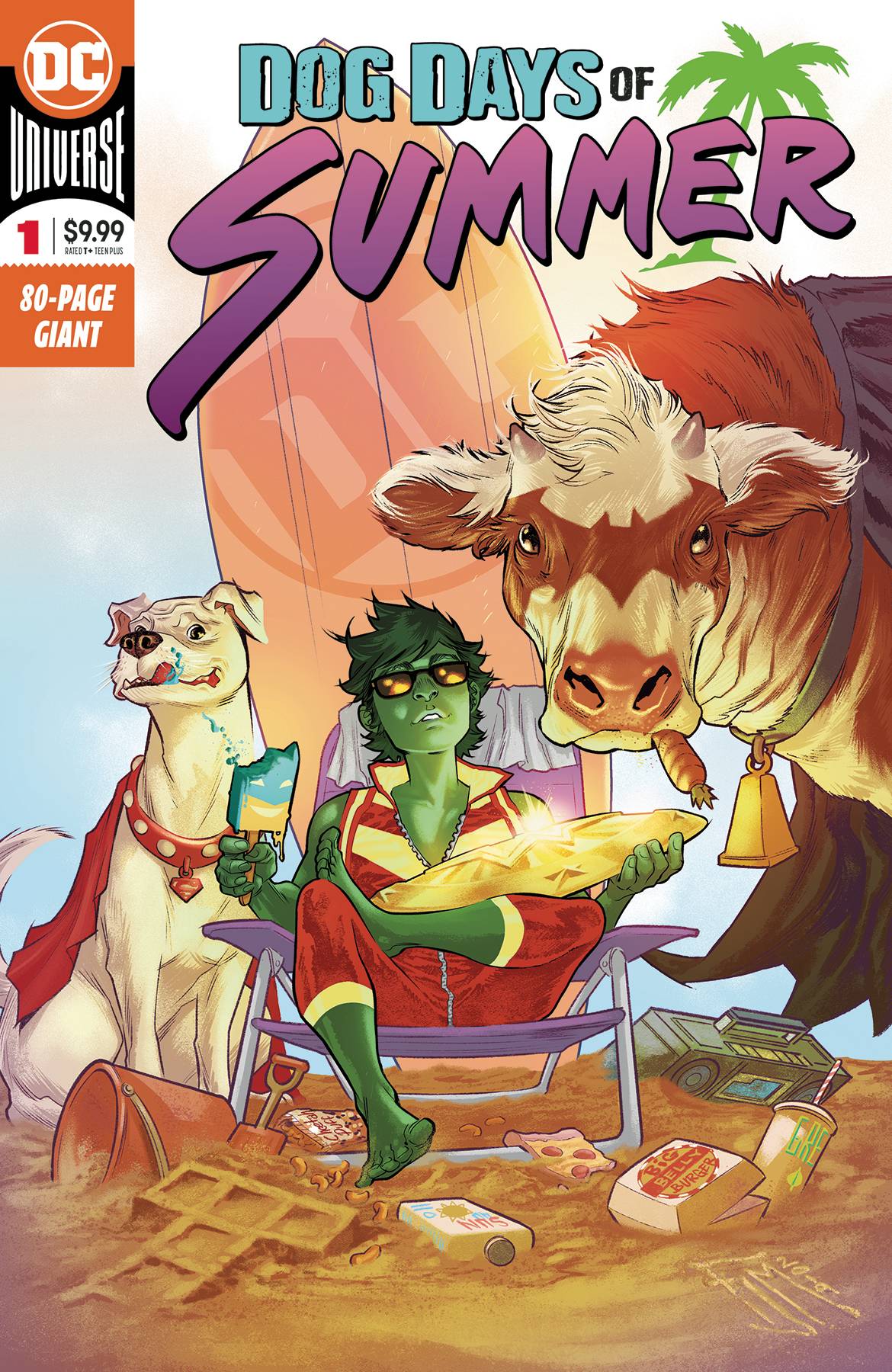 Finally from DC and in stores on 5/29 is the Superman Leviathan Special #1. An all-star roster of writers and artists highlight the new threat of Leviathan, but also tees up new ongoing series for Jimmy Olsen by writer Matt Fraction and artist Steve Lieber, and Lois Lane by writer Greg Rucka and artist Mike Perkins, coming in June! As Leviathan enacts a plan to take down Superman, it's up to Lois, Jimmy and the heroes of the DC Universe to rescue the Man of Steel. 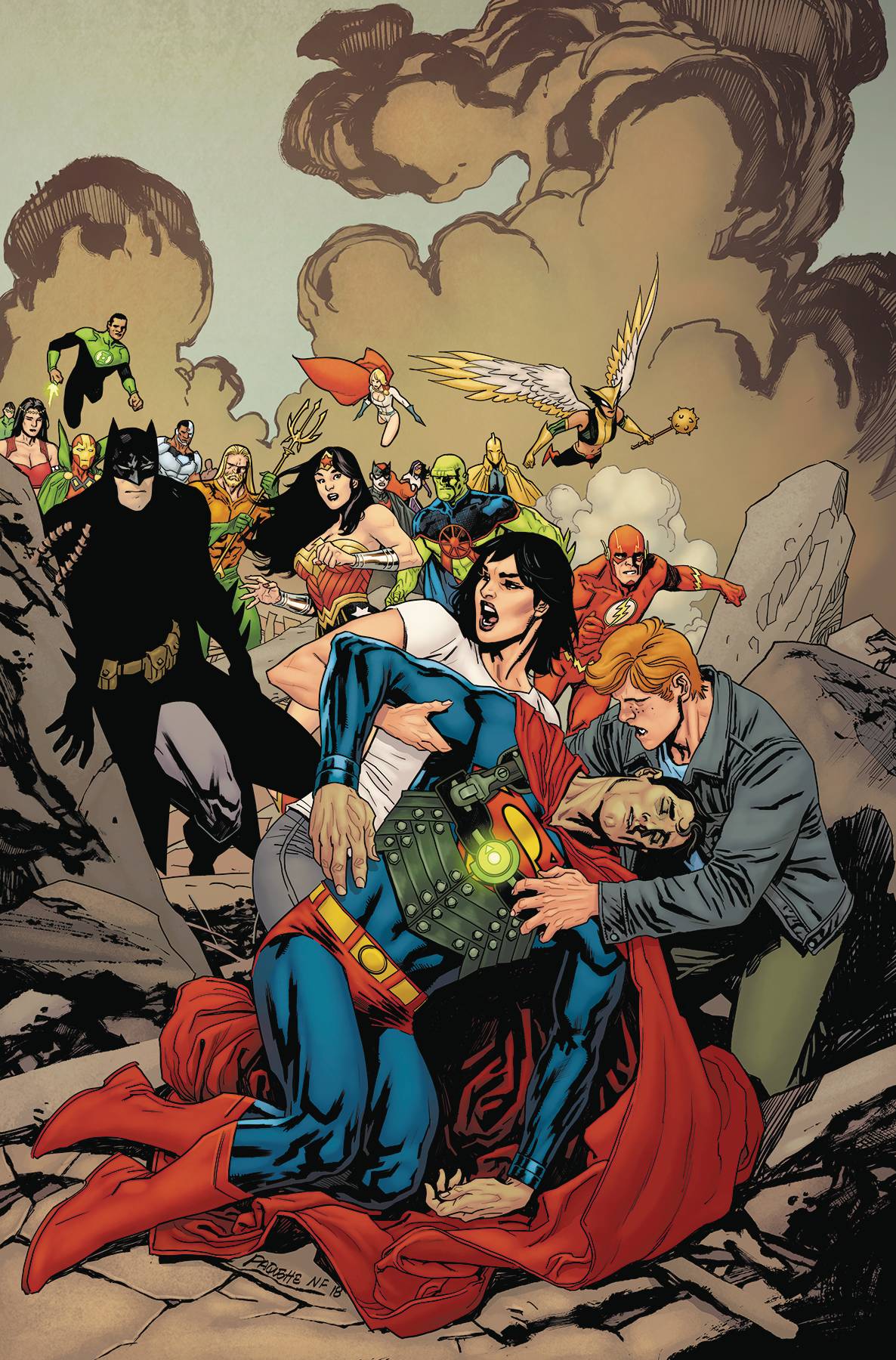 From IDW and in stores on 5/22 is Clue Candlestick #1. All of your favorite suspicious characters are back in this new brain twister based on the timeless detective game. Ripe with puzzles, secrets, and lies, in CLUE: CANDLESTICK everyone's a suspect! Cartoonist auteur Dash Shaw unleashes his murderous imagination on the quirky, thrilling and mysterious world of Clue! From the creative mind that brought you the animated movie, My Entire High School Sinking Into the Sea! Visionary creator Dash Shaw re-imagines the world of Clue in this suspense-filled, murder mystery! Each extra-length issue also features brand new Clue game cards based on the comic! 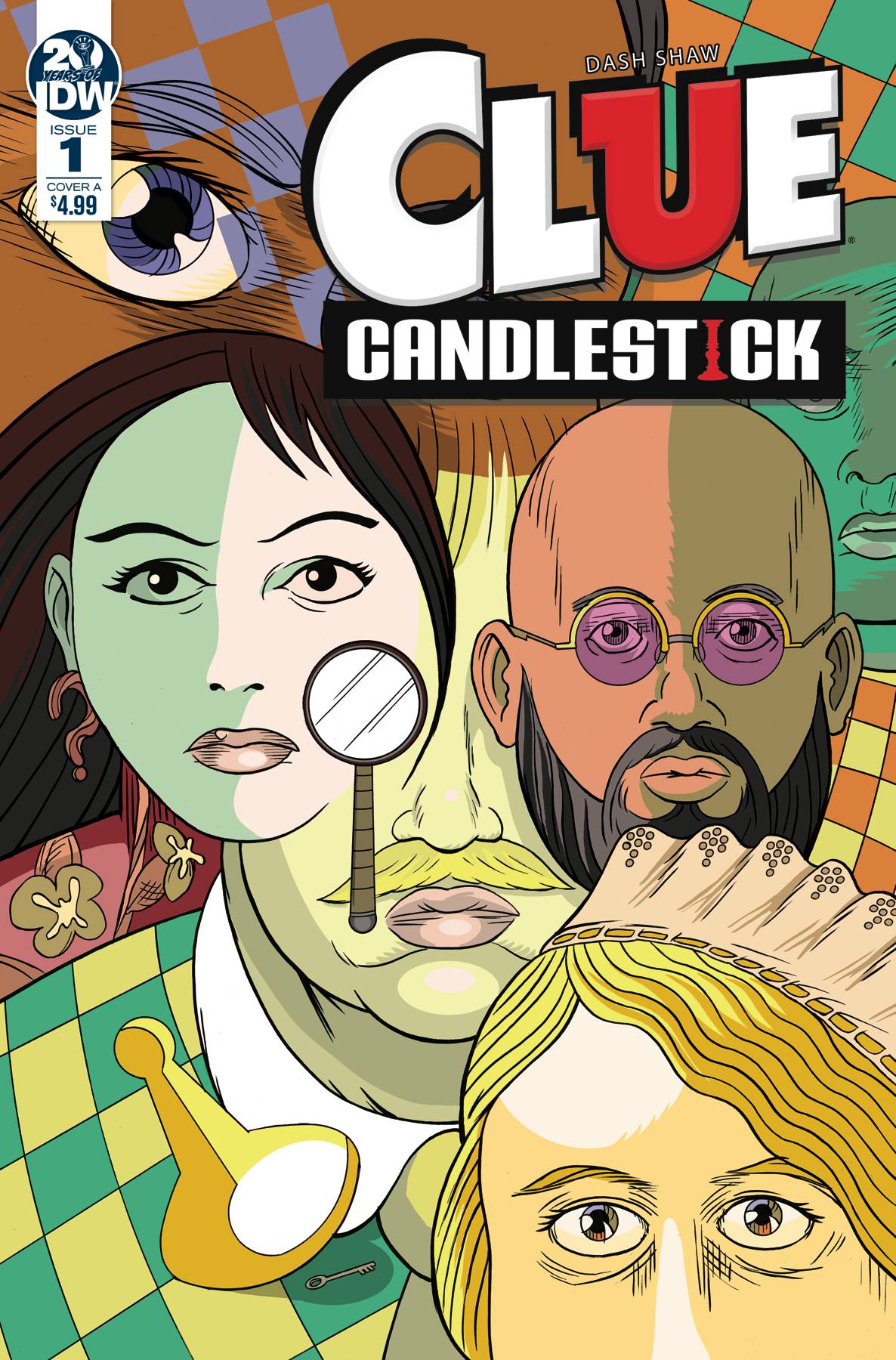 Next from IDW and in stores on 5/22 is Road of Bones #1 (of 5). In 1953, the Siberian Gulag of Kolyma is hell on Earth-which is why Roman Morozov leaps at the chance to escape it. But even if they make it out, Roman and his fellow escapees still have hundreds of miles of frozen tundra between them and freedom. With the help of a mysterious being straight out of his childhood fairy tale stories, Roman just might make it-or is the being simply a manifestation of his brutal circumstances driving him insane?From writer Rich Douek (Gutter Magic) and artist Alex Cormack (Sink), Road of Bones will carve a path of unrelenting dread right into your heart. Horror, history, and Russian folklore collide in this brutal survival tale, where the worst prison in the world is merely the gateway to even darker horrors. 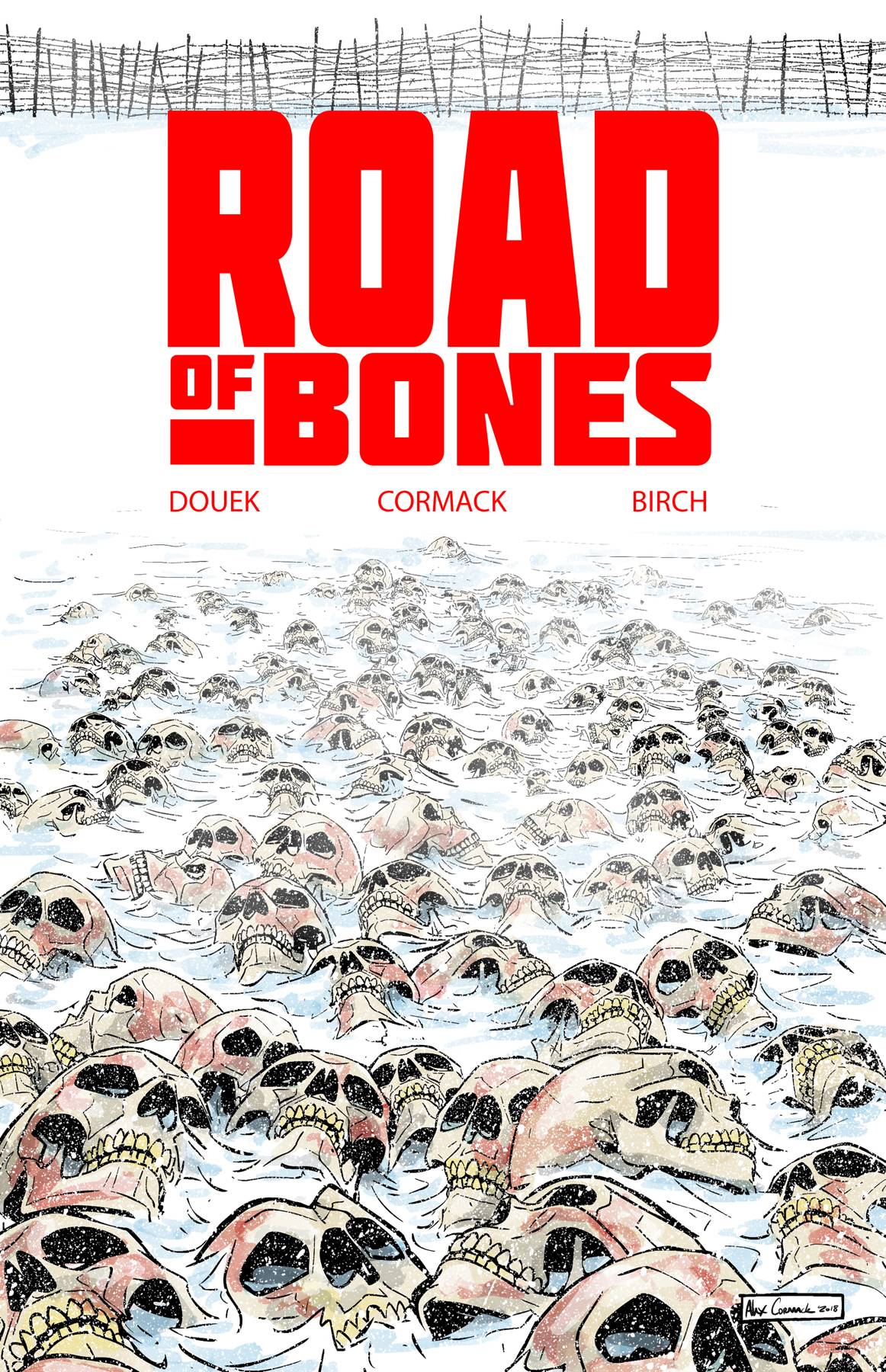 From Marvel and in stores on 5/22 is War of the Realms Strikeforce Land of Giants #1 (one-shot). THE GOD OF THUNDER IS TRAPPED IN THE LAND OF ICE AND SNOW......And it's up to Captain America to rescue him before all is lost! Taking up Thor's ax, Jarnbjorn, Cap and his team-Spider-Man, Wolverine, Luke Cage and Iron Fist-invade the Frost Giant realm in search of their fellow Avenger. But this rescue mission will cost far more than they expect. 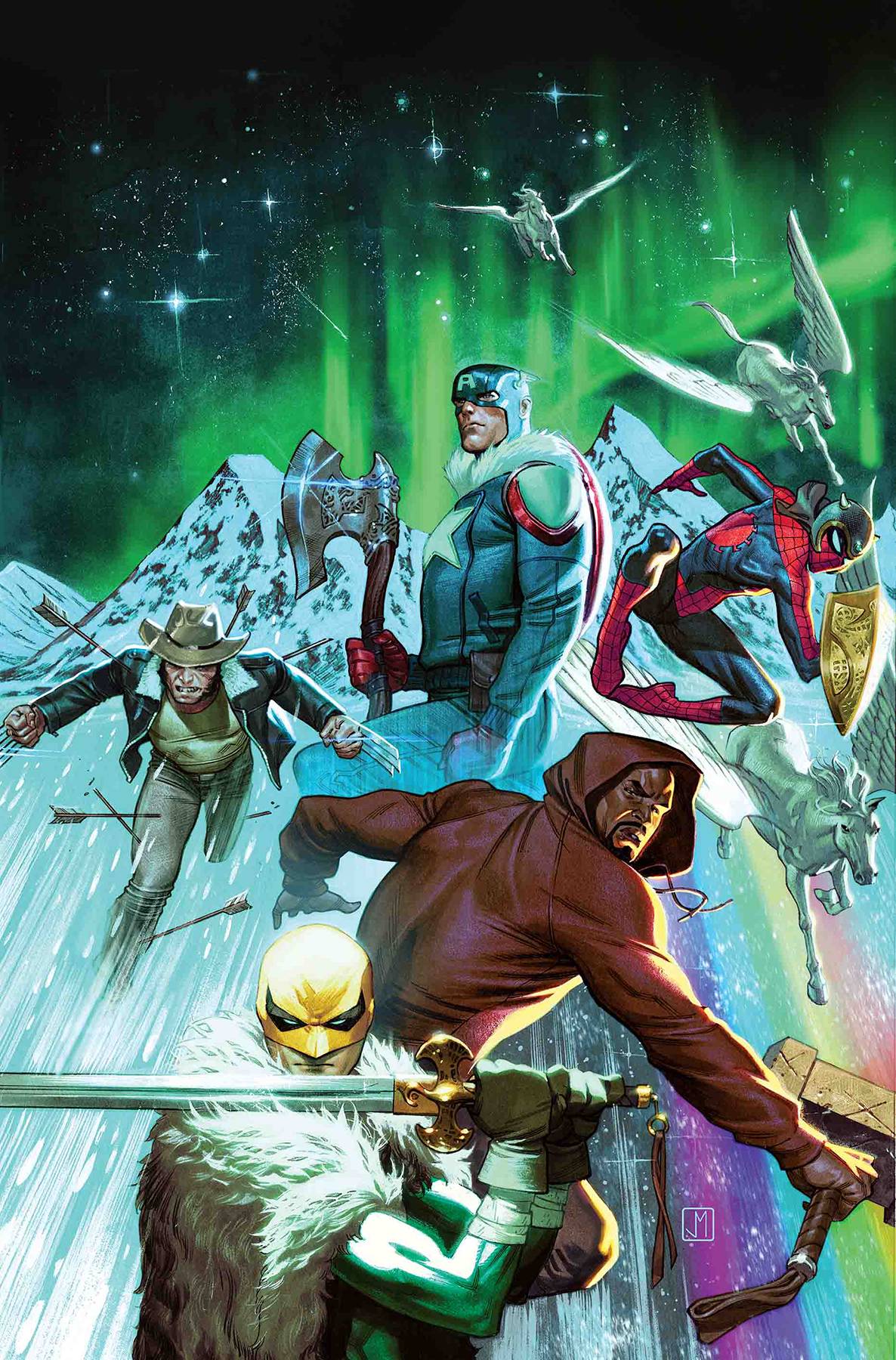 From Boom! Studios and in stores on 5/22 is Faithless #2! The horror/erotica series continues as Faith is drawn into a new world when she attends a party at the home of world renown artist Louis Thorn. It's a world of opulence, excess, and sensuality-and something darker that she can't put her finger on. There is something... curious about these people, a darkness or shadow just at the edge of reason... and maybe it is exactly what Faith is looking for. Issue #2 will ship with 3 covers, Main by Paul Pope, FOC Variant by Fabio Moon, and Erotica variant by Vanesa Del Rey! 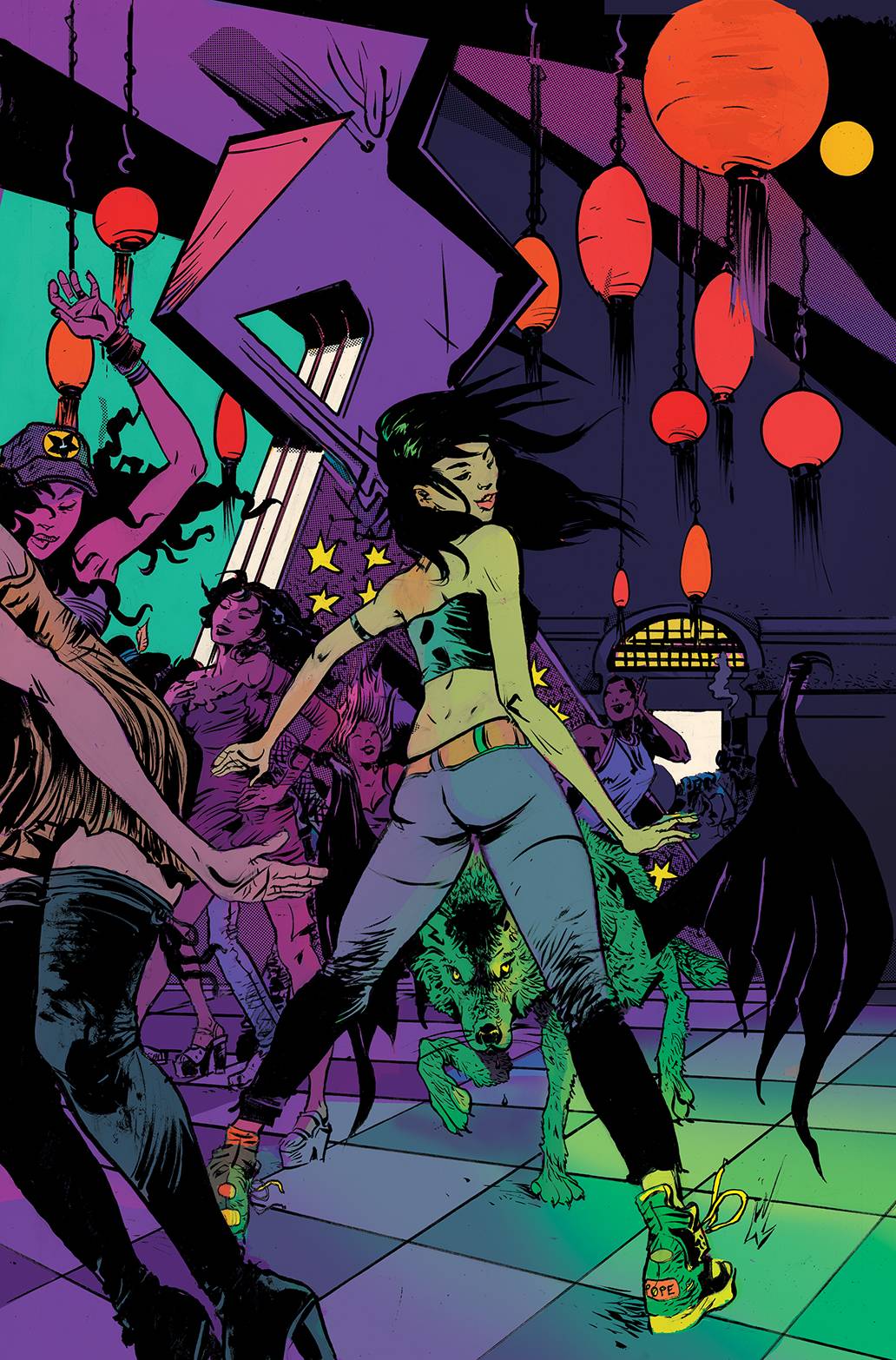 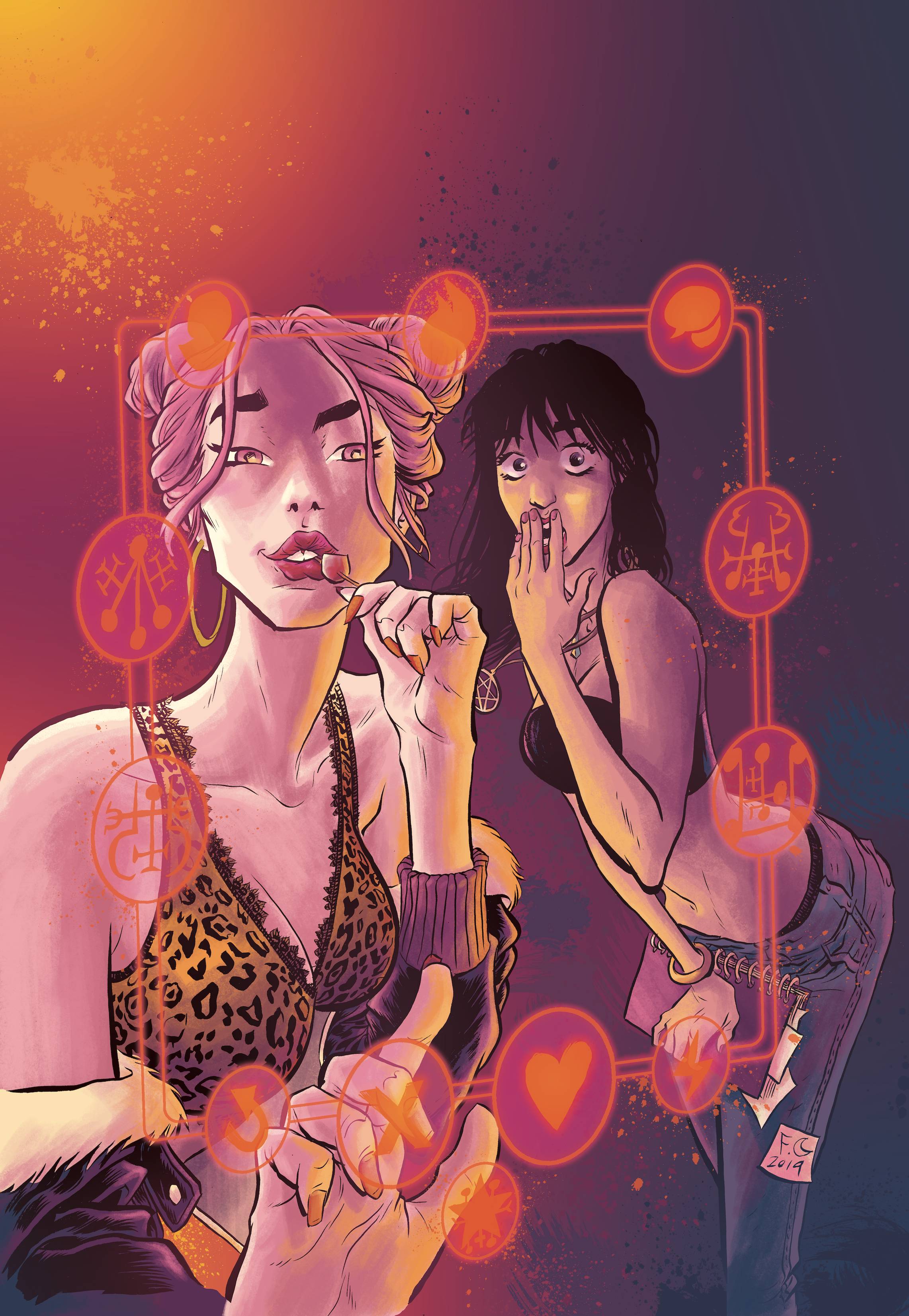 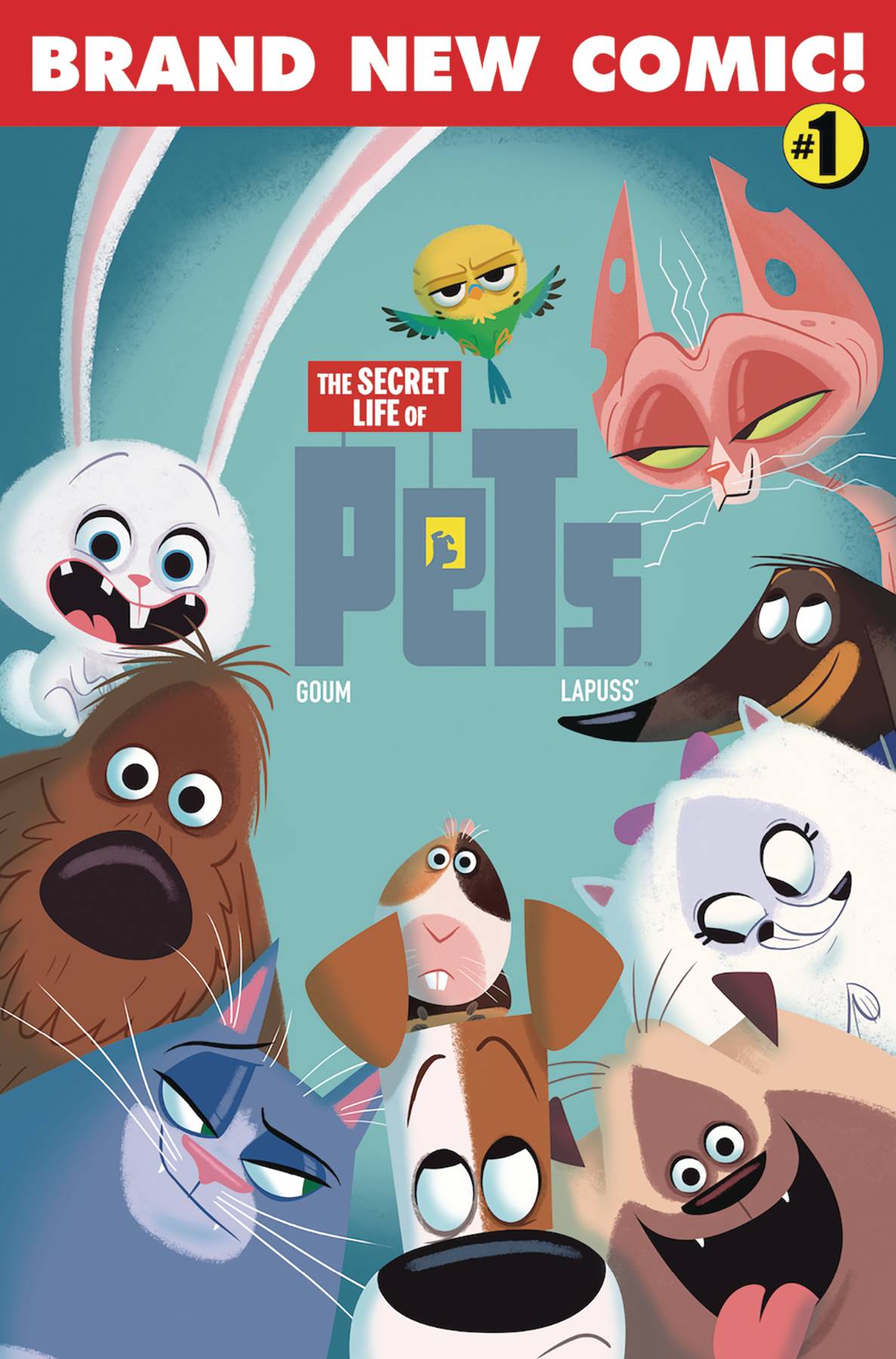 From American Mythology Productions and in stores on 5/29 is Underdog & Pals #1!There's no need to fear, Underdog is here! And so are his pals! This awesome jam issue includes an ongoing chapter of heroic Underdog adventures and even more fun with the rest of the gang including Commander McBragg, Tennessee Tuxedo, Chumley, and more! Enjoy Saturday morning cartoons like you remember with brand new Underdog & Pals fun guaranteed to bring a smile to your face! 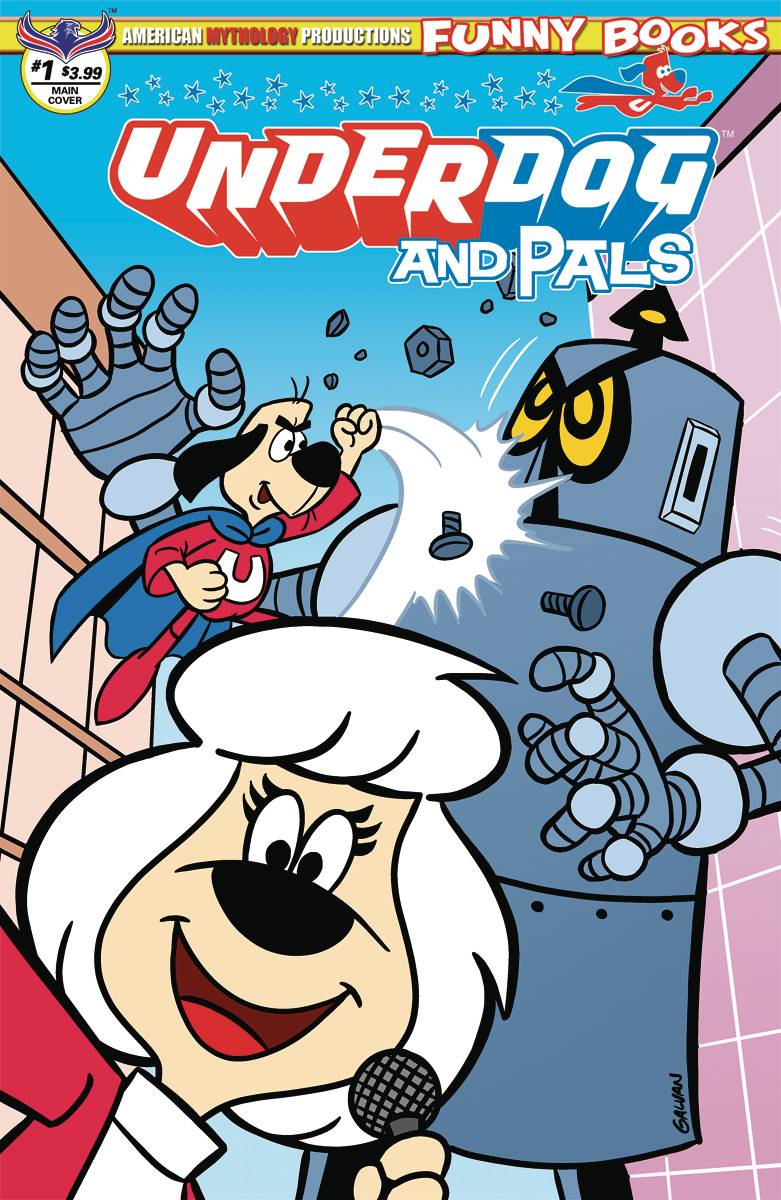