Good evening Super Friends! It’s a beautiful Friday evening and that means its time for some Friday Final Order Cutoff Roundup!!! So lets get to it shall we? These titles are all on Final Order Cutoff Monday, May 13th, 2019, and most titles are in shops on June 5th! If you are interested in adding any of these titles to your subscription, please let us know BEFORE the end of the day on Monday!

From Dark Horse and in stores on August 21stis the Archie Vs Predator Trade paperback, FINALLY! When Archie and friends head south for spring break, party games and beach games are soon replaced by the Most Dangerous Game! As the unparalleled fierceness of Betty and Veronica lures the trophy-collecting Predator to Riverdale, will the kids even realize they're in danger before it claims them all?! Collects issues #1-#4 of the miniseries. 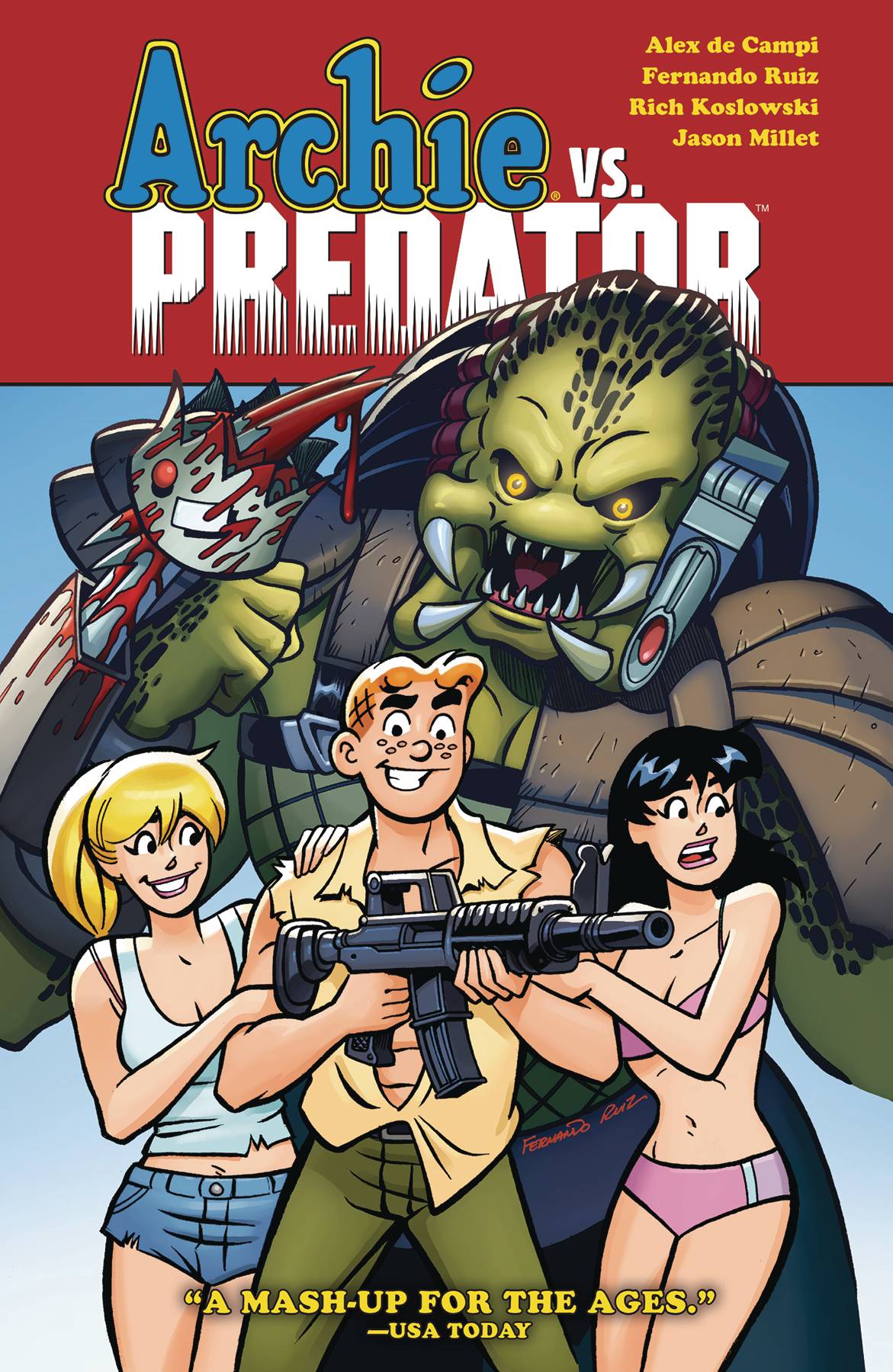 From DC and in stores on 6/5 is Deathstroke #44! "DEATHSTROKE: RIP" starts here! Deathstroke is dead, secretly killed at the hands of a Teen Titan. As Slade's closest friends, enemies and frenemies pay their respects (and disrespects) to the World's Deadliest Assassin, some uninvited guests crash the event-the Legion of Doom! But what do they want with the body of the most lethal man on the planet? And will anyone find out who killed him? A brand-new storyline begins here...with an ending you won't see coming! A gorgeous variant cover by Ricardo Federici! 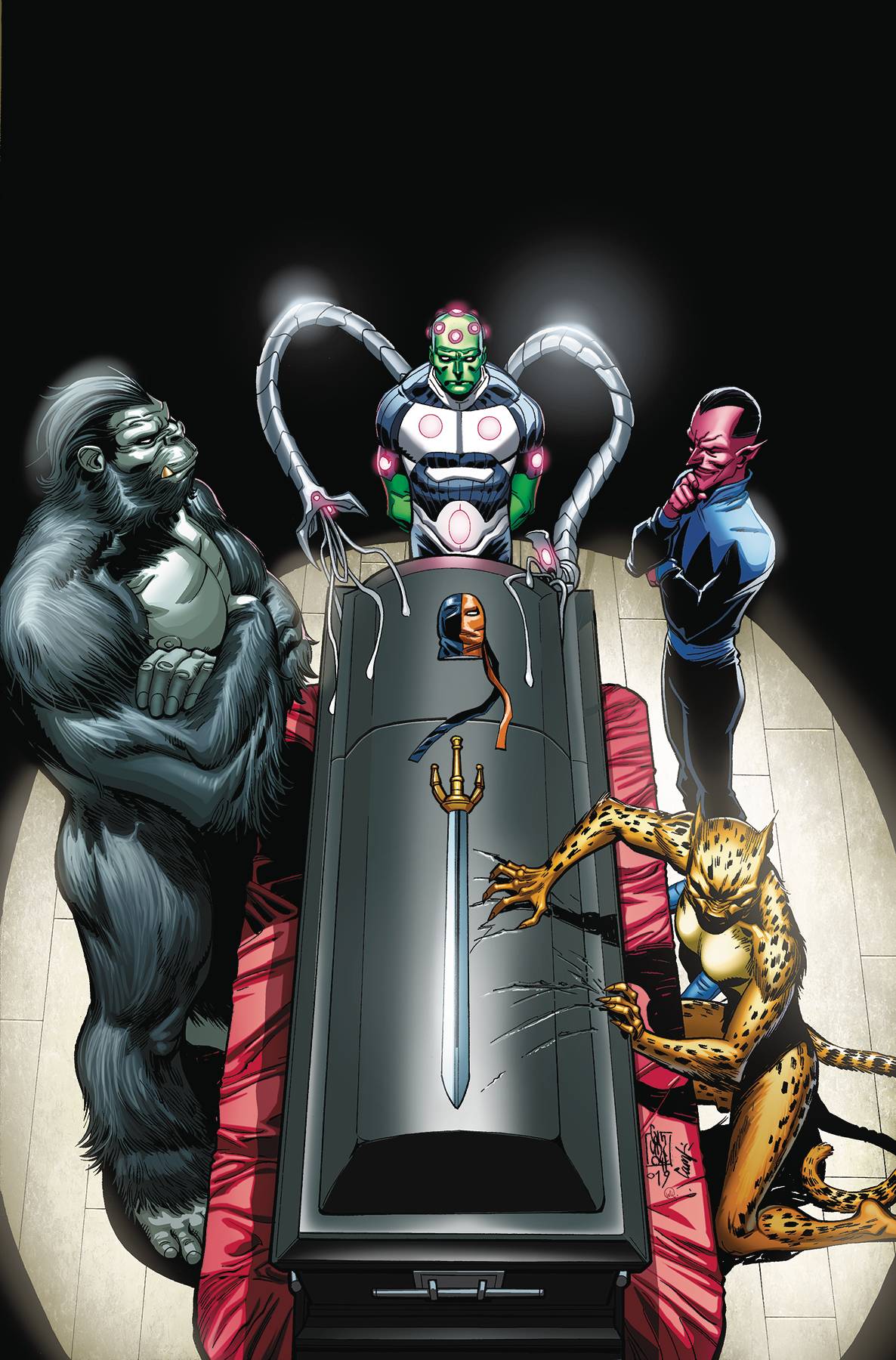 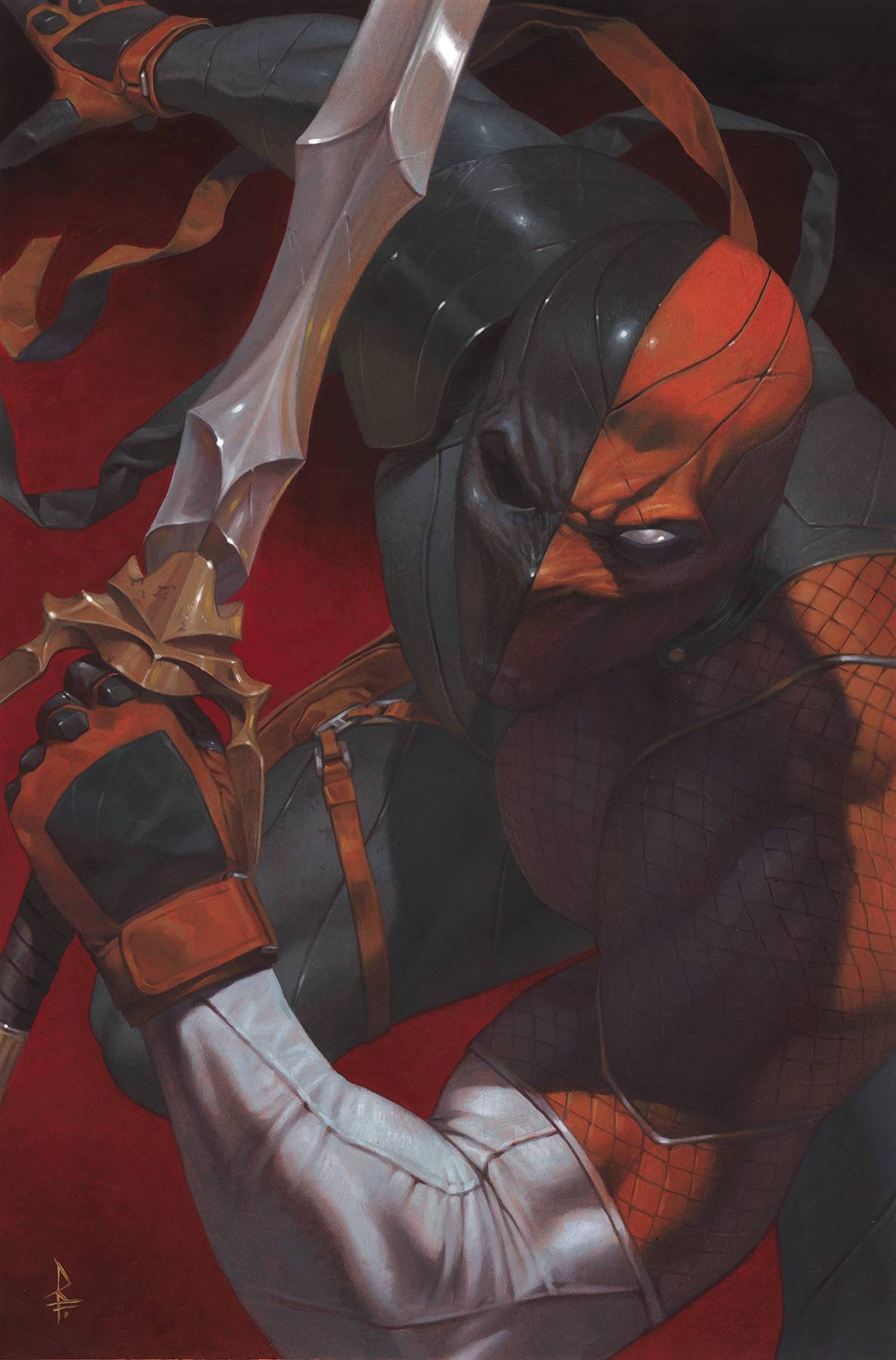 Next from DC and in stores on 6/5 is Justice League #25, which continues the Year of the Villains story arc that began in the $0.25 book the week of FCBD! The "Sixth Dimension" storyline wraps up in this oversize issue as Superman faces down the World Forger to save the Justice League! Can Superman withstand the might of a being that can create worlds from nothing?! Plus, with the Justice League away, Mr. Mxyzptlk's been wreaking havoc! Can anyone on Earth stand up to the fifth-dimensional menace? 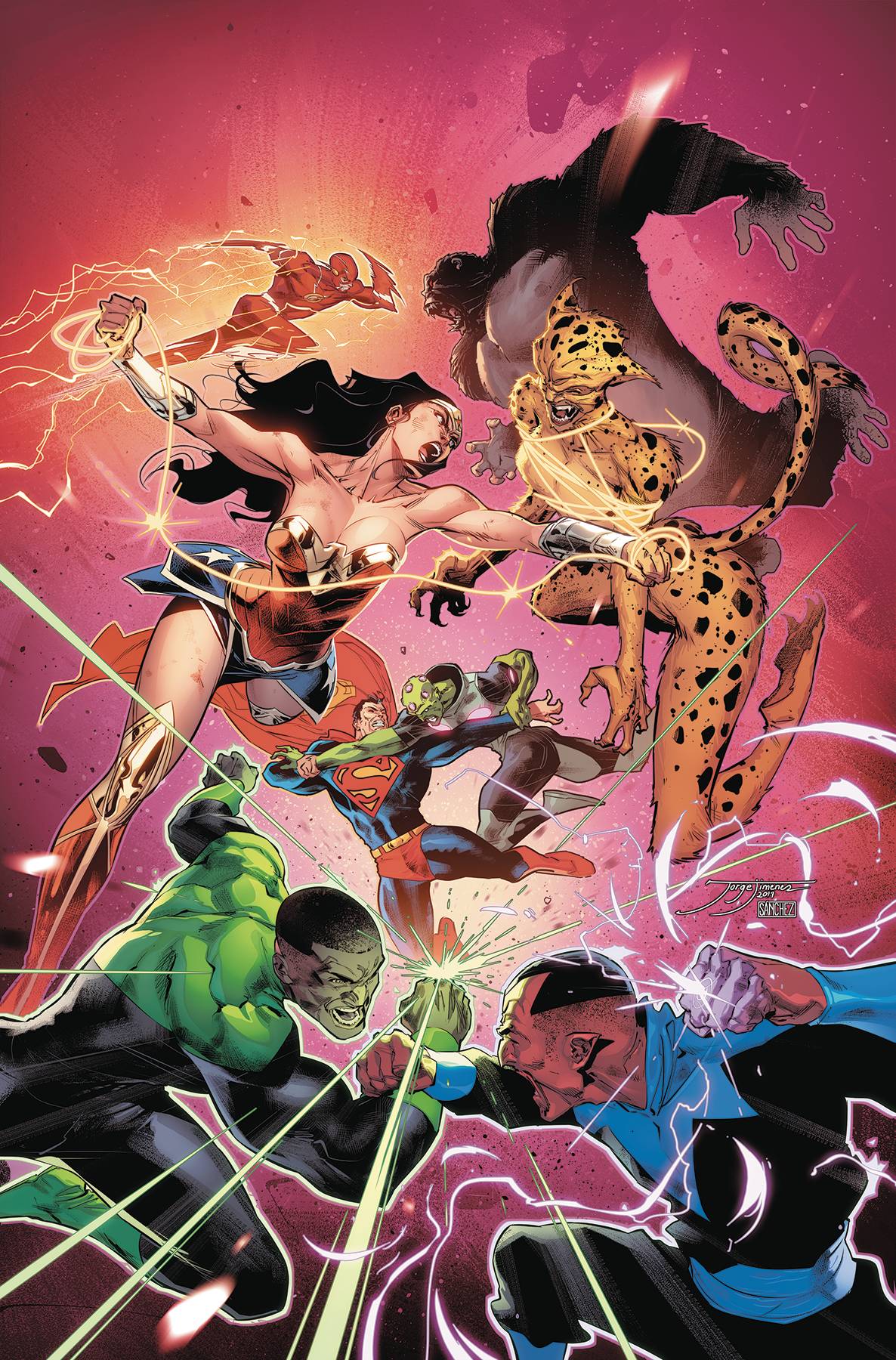 From Image, and in stores on 6/5 is the new mini series Thumbs #1 (of 5). Imagine someone like, say, Mark Zuckerberg created his own army of tech-obsessed teens and directed them to take on the government. What would the fallout be? Charley "Thumbs" Fellows is a member of just such an army. Poor and raised by the influential MOM™ app, he finds himself in the center of a war. The Social Network meets Blade Runner in this big event book from the team that brought you the hit series THE FEW! 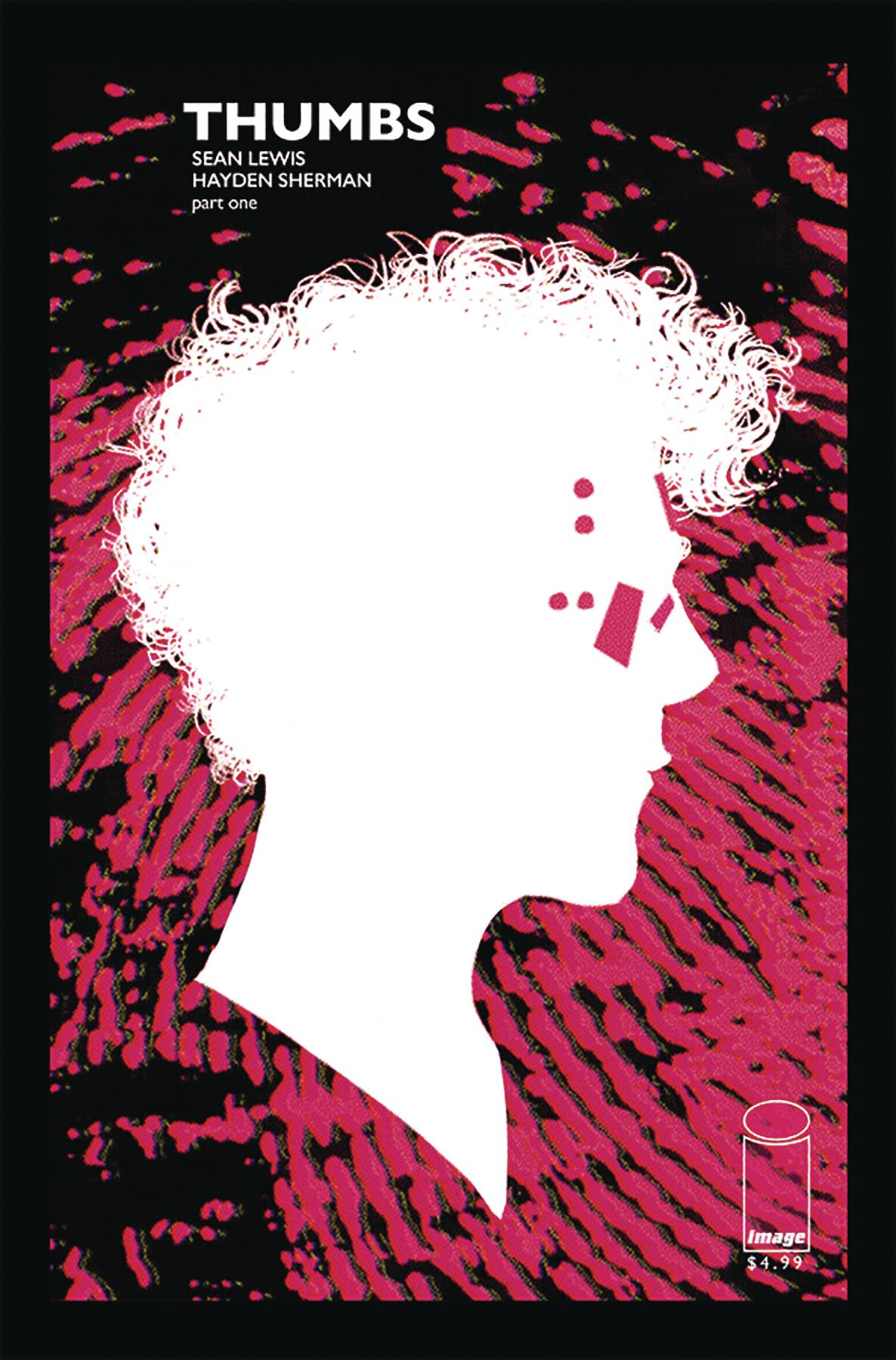 Also from Image and in stores on 6/5 is Walking Dead #192. After the cliffhanger that left readers with issue #191 the status quo forever changes with this issue. "AFTERMATH": Carl fights for the Commonwealth... but who is he fighting against? Just announced today, this book will have an open to order blank cover! 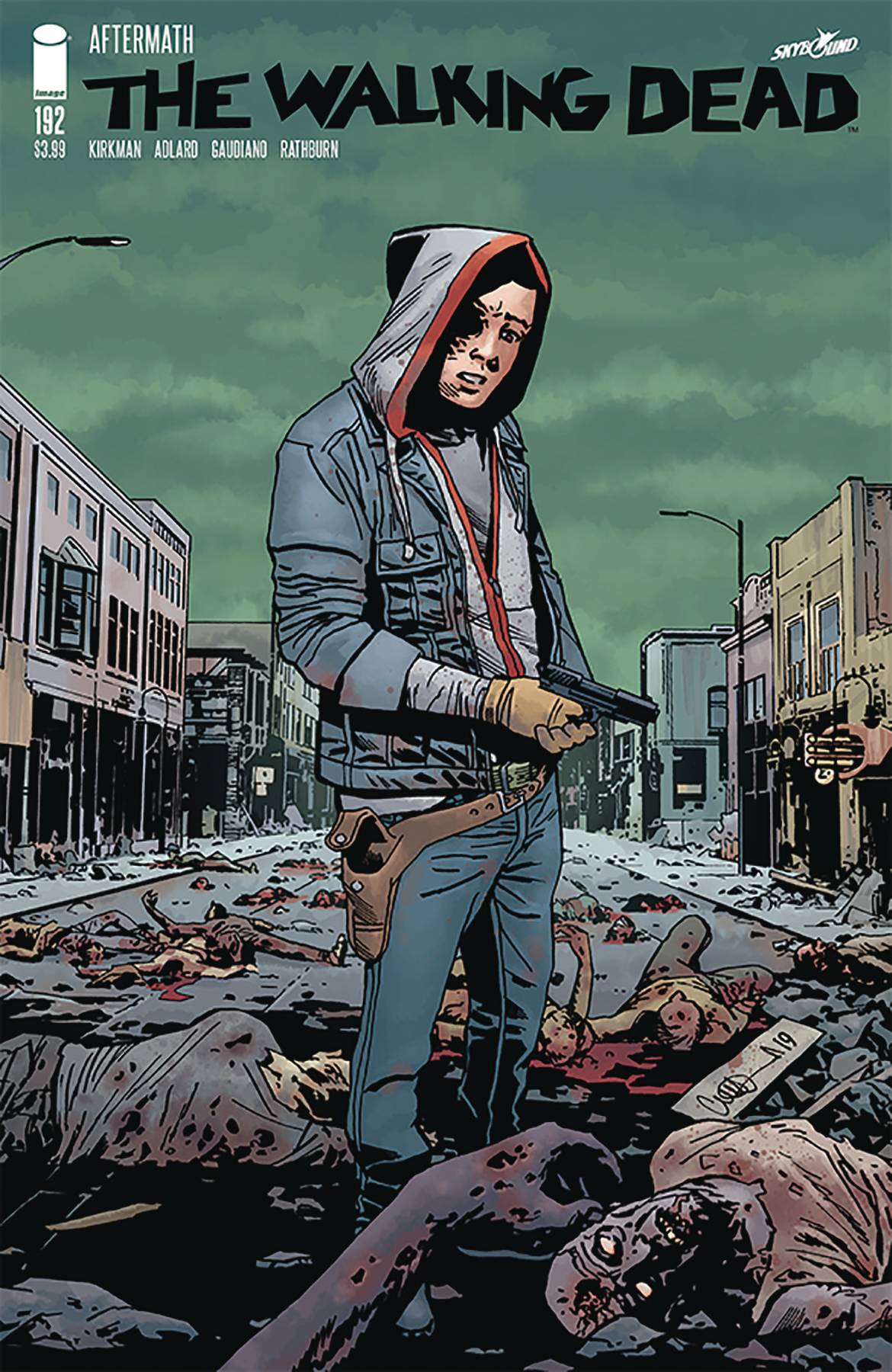 From Marvel and in stores on 6/5 is Black Cat #1! The Black Cat is back and starring in her first ever ongoing series! Felicia Hardy has a taste for the finer things in life and a certain set of skills that can get her into any mansion, vault or museum to...procure said finer things. But due to her actions in AMAZING SPIDER-MAN, Felicia's not only on the run from the police but also by the New York Theives Guild and their boss ODESSA DRAKE! High-octane heists, climactic chases and twist after twist that will keep you on the edge of your seat like a cat on a perch. IN THIS ISSUE: Find out a secret from Cat's past in a bonus story that sets a foundation for the future! All this and an all-new MARVEL MEOW short story by Nao Fuji! Main cover by J Scott Campbell with a gorgeous ArtGerm Variant that is also open to order! 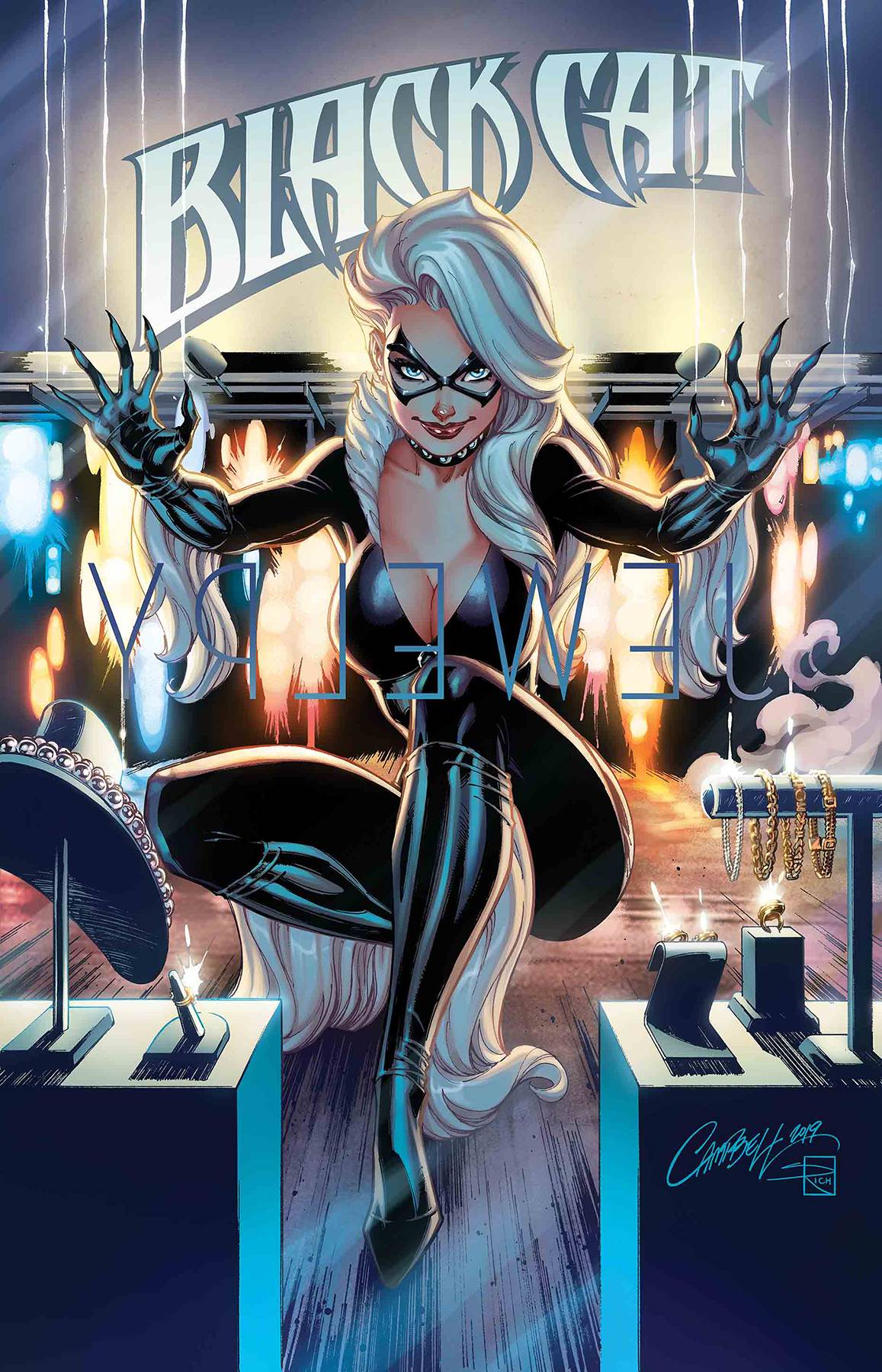 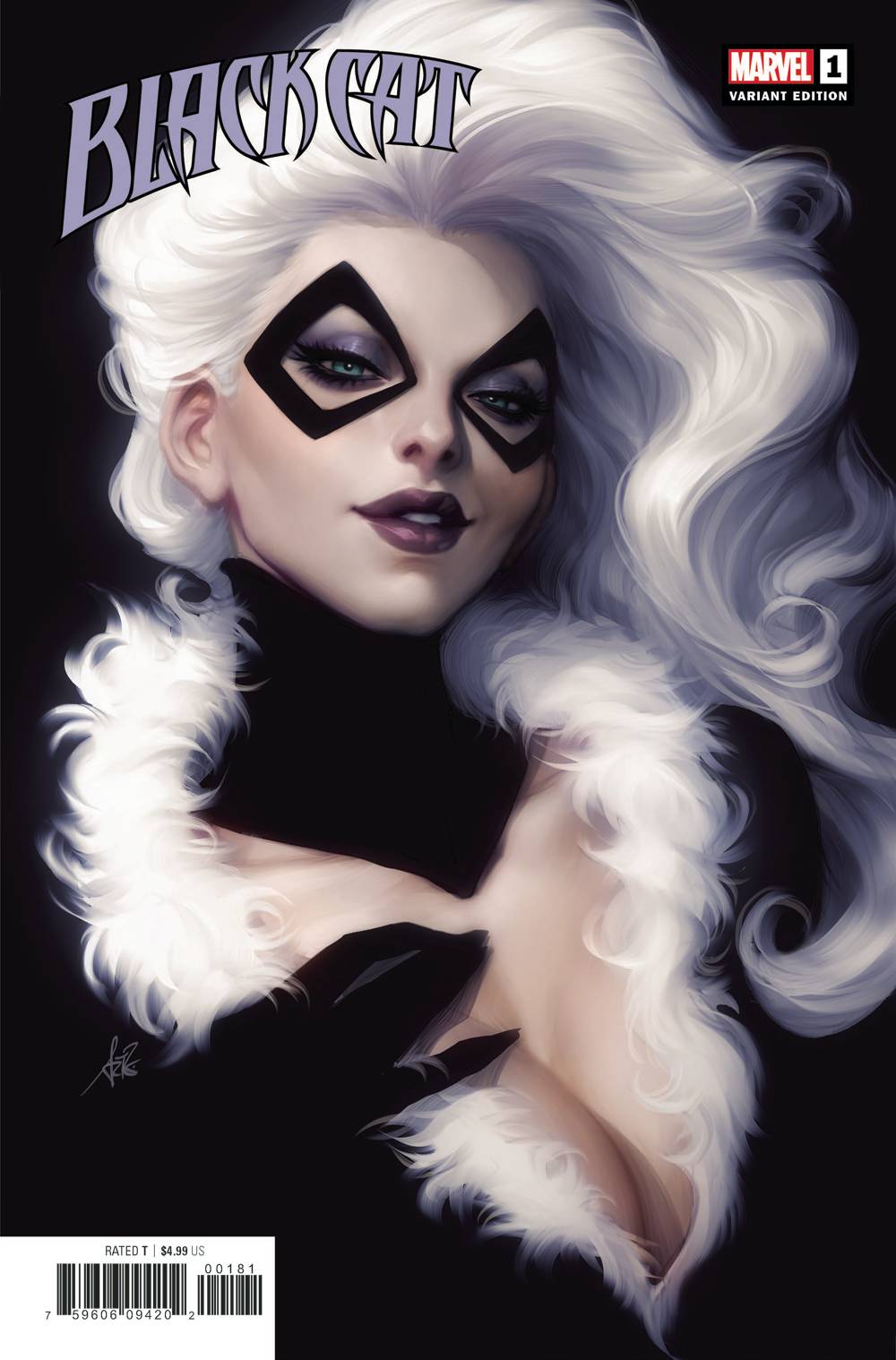 Next up from Marvel and in stores on 6/5 is a gorgeous open to order Adi Granov variant cover to Deadpool #13 featuring Scarlet Witch and Vision! WAR OF THE REALMS TIE-IN! DEADPOOL GOES DOWN UNDER!As the War of the Realms rages, Deadpool is sent to Australia to take care of a pesky troll problem!No, not those obnoxious internet nerds. REAL TROLLS!How many didgeridoo jokes can one comic book make? Let's find out together! 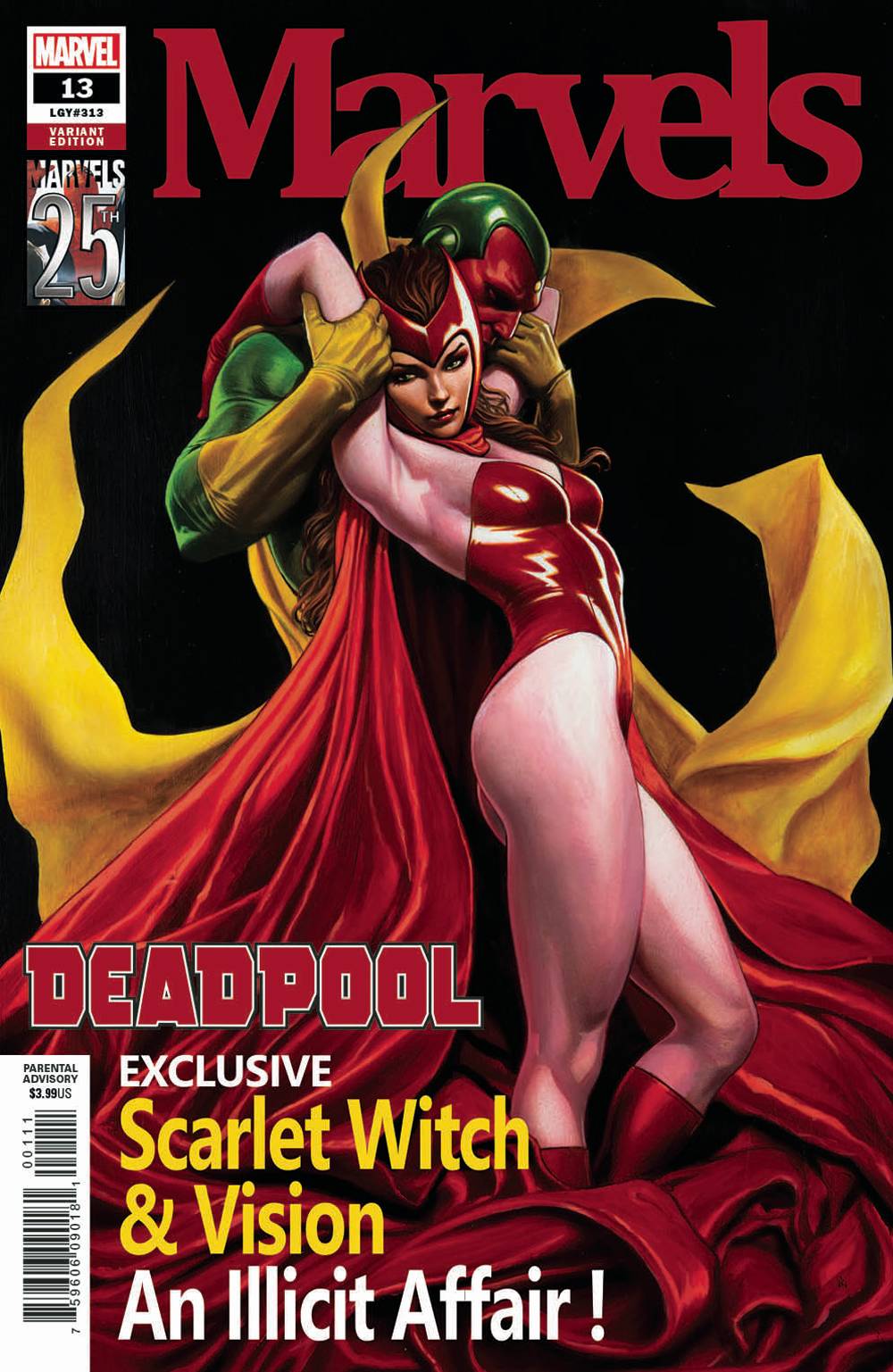 Also from Marvel and in stores on 6/5 is Guardians of the Galaxy Annual #1! Since the Black Order's attack on the galaxy's greatest defenders, the cosmos has been wtihout its heroes. Find out what really happened to Nova, Quasar, Adam Warlock, and Darkhawk! And who better to tell this story than Cosmo, the Spacedog? 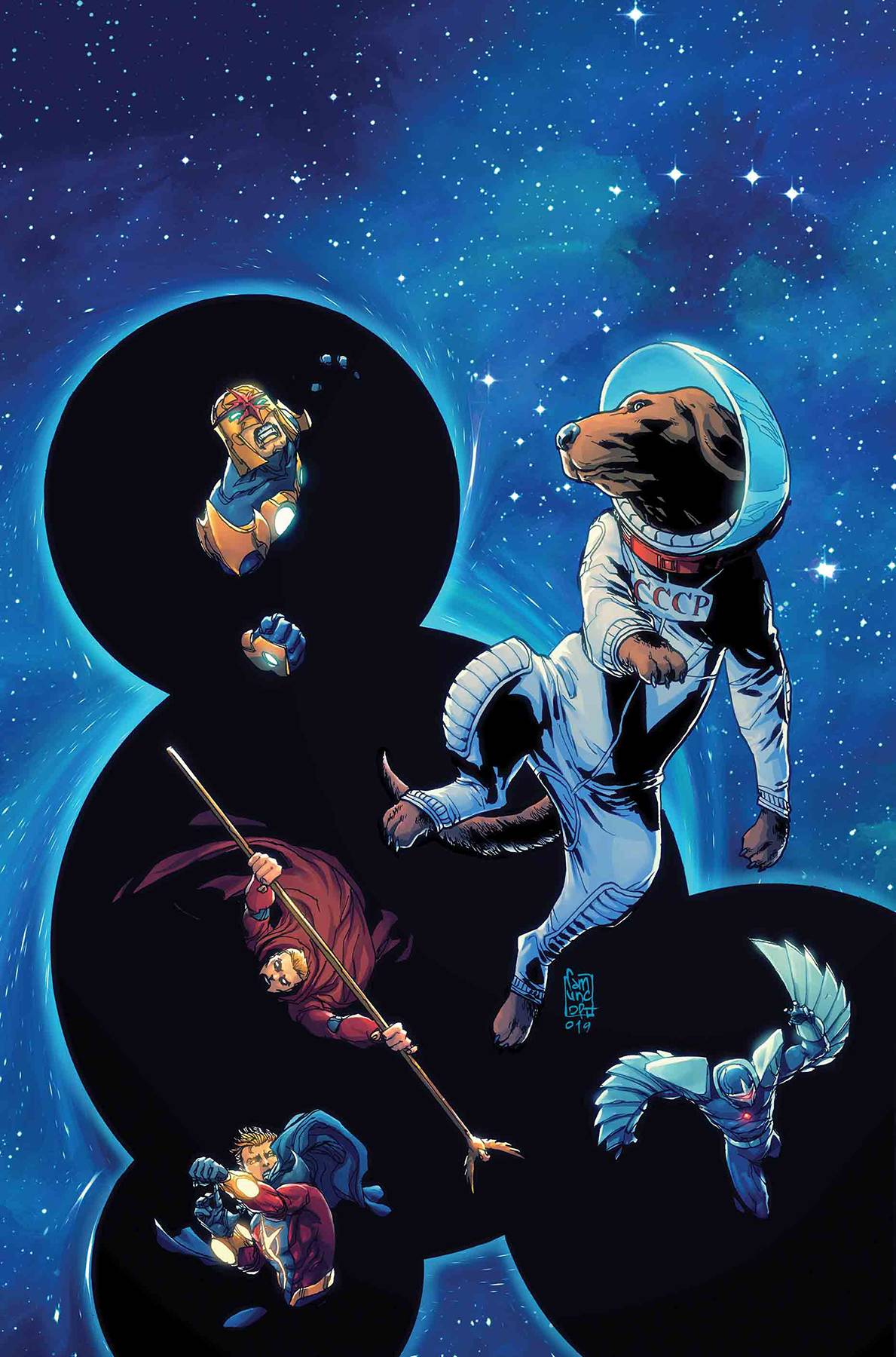 Next from Marvel and in stores on 6/5 is Incredible Hulk Last Call #1 (one shot). HULK LEGENDS, PETER DAVID & DALE KEOWN, REUNITE!In his twelve-year stint on THE INCREDIBLE HULK, Peter David redefined the Green Goliath for generations of fans and creators. Artist Dale Keown drew some of that run's most beloved and influential issues. Now the pair return to their incredible collaboration for a special oversized one-shot issue! Bruce Banner is tired of being the Hulk. Heck, he's tired of being. But just when he's about to lose all hope, a miracle occurs: a fight worthy of the Incredible Hulk. 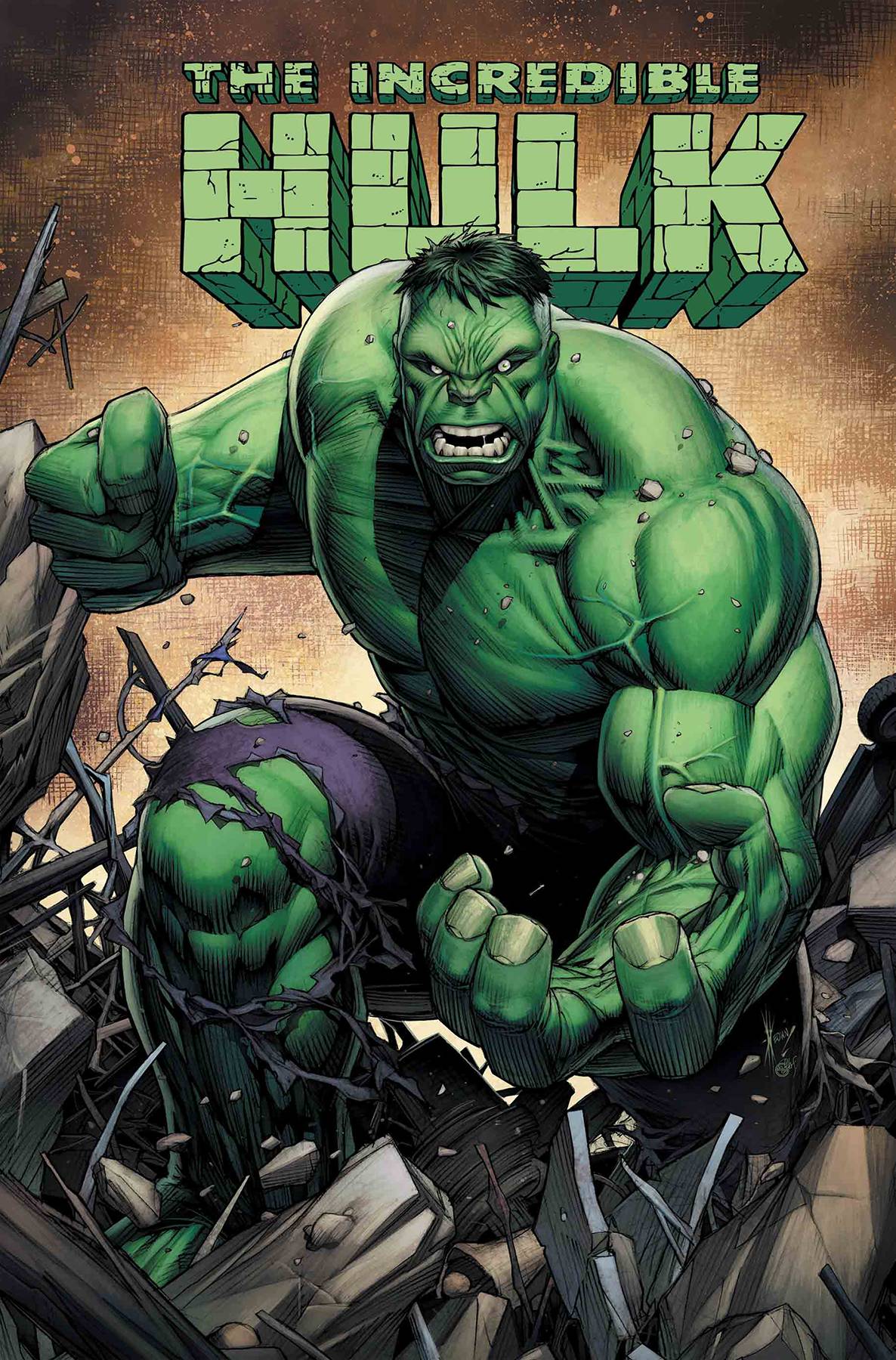 Lastly from Marvel and in stores on 6/12 is the Stephanie Hans variant to Marvels Annotated #4! A beautiful image of Green Goblin and Gwen Stacy graces the cover to this open to order variant! 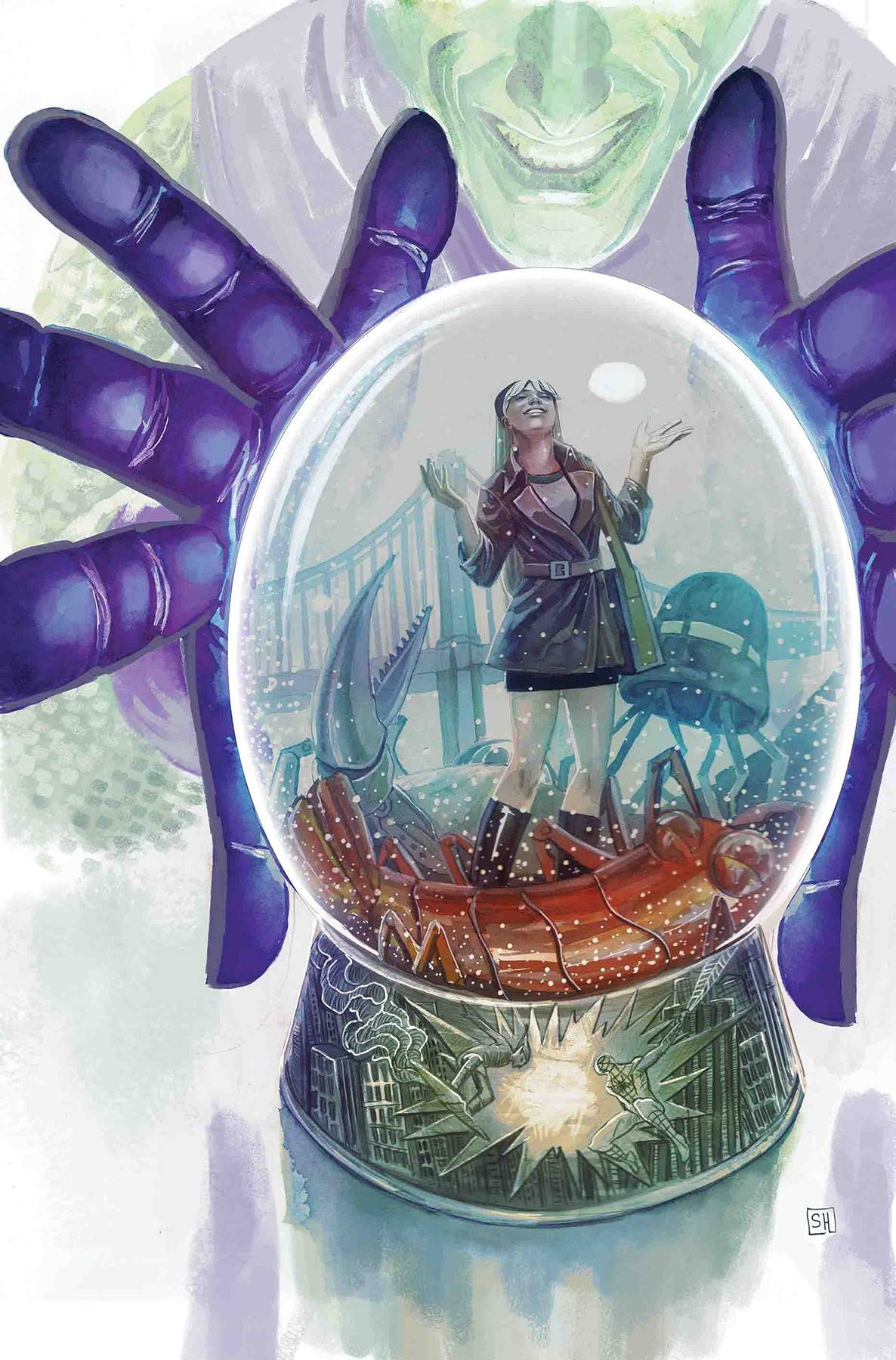 From Action Lab and in stores on 6/5 is Banjax #1! Chapter 1: The Cure. A wholly original and delightfully twisted deconstruction of the superhero genre by Hollywood screenwriter/Aberrant-scribe Rylend Grant. Liard Mason, a disgraced former superhero, is diagnosed with terminal cancer, brought on by years of using his powers. Defending what he has deemed an ungrateful and ultimately unworthy city is literally killing him. With just months to live and a legacy hanging in the balance, Mason launches a violent and misguided Death Wish-like campaign to purge the city of supervillains before he dies. 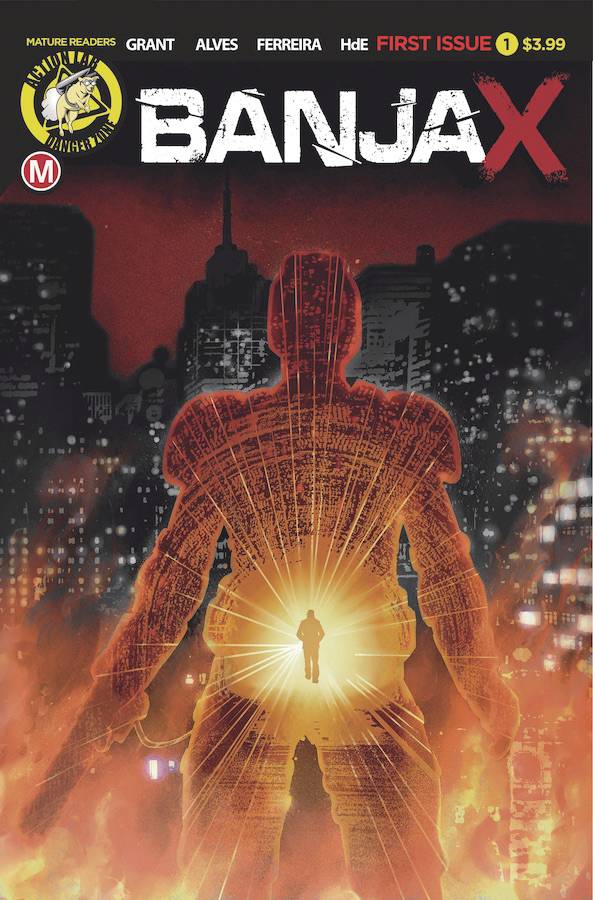