Howdy Super Friends! Welcome to your weekly installment of Final Order Cutoff Roundup! Final Order Cutoff (FOC) happens every Monday and is our last chance to adjust our ordering numbers on books before they ship out to us! These titles are all on FOC this Monday, July 20thand most titles are in stores on August 12th! Let us know what you would like to order before 11AM on Monday the 20th!

If you would like to SUBSCRIBE to any of these titles so that you receive them monthly in your hold slot PLEASE comment SUB and the title.

If you would like to just PULL a copy (or multiple copies) of any of these titles, PLEASE comment PULL and the title.

From DC this week and in stores on 8/12 is Detective Comics #1025! 'The Joker War' explodes with an assault on Wayne Enterprises! The Joker has taken control of Waynetech R&D-and with it, all the weapons hidden in its sublevels-plus Lucius Fox as a hostage! The Joker and his clown-masked henchmen are now using Wayne Enterprises as an armory, using sophisticated 3-D printers to produce weapons to rule Gotham City...but Batman and Batwoman might have something to say about that. It's all-out action in this nonstop issue! Main cover by Brad Walker, Variant cover by Lee Bermejo! 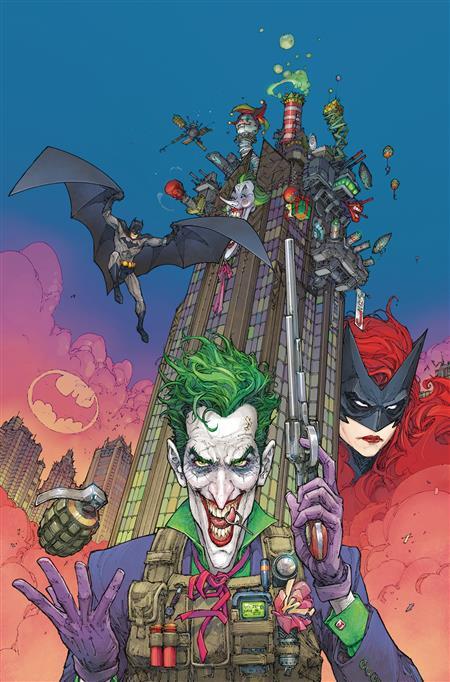 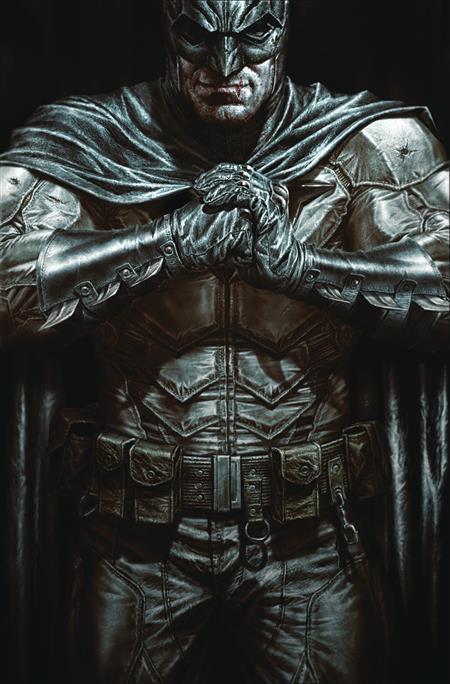 Next from DC comes Flash #759! NEW STORY LINE BEGINS! 'Finish Line' part one of six-leading to the finale of Joshua Williamson's legendary run on The Flash! It's Barry Allen's last race! The Legion of Zoom has won. Central City is in ruins. Barry Allen is trapped in the Speed Force, his body taken over by the Reverse-Flash! Main cover by Rafa Sandoval, variant cover by In Hyuk Lee! 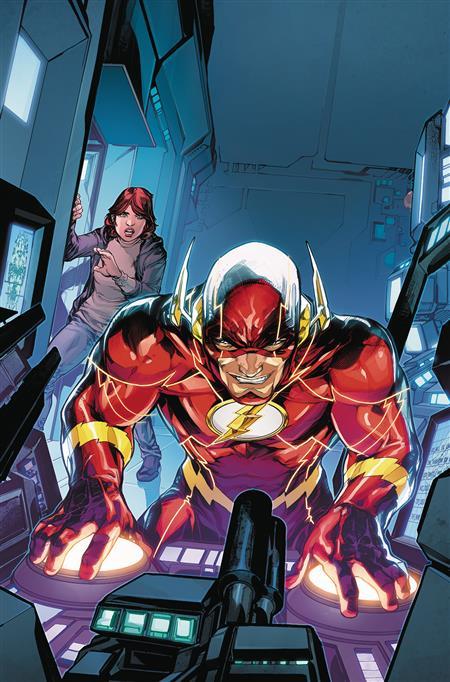 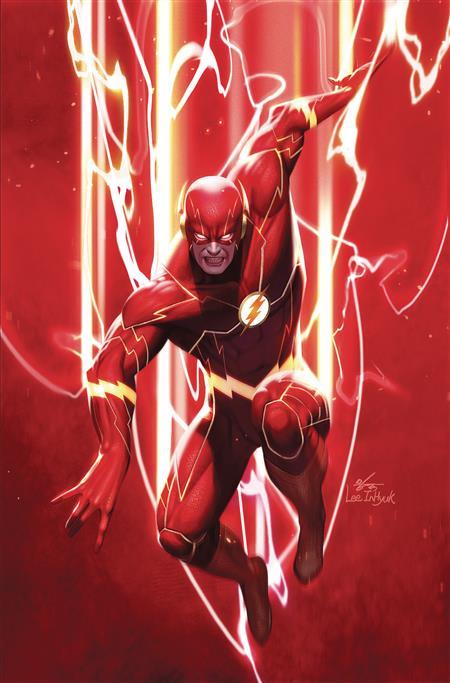 Next from DC comes Wonder Woman #760. Wonder Woman's quest to bring justice to Man's World has seen her take on many devastating opponents - but none so vicious as Maxwell Lord! Max represents the worst that humanity has to offer... so when he shows up at Diana's doorstep seeking help, what's a warrior for the truth to do? Main cover by Robson Rocha, variant cover by Josh Middleton! 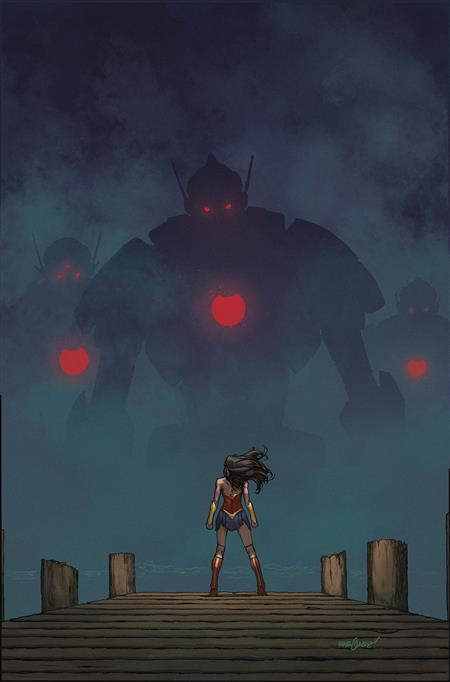 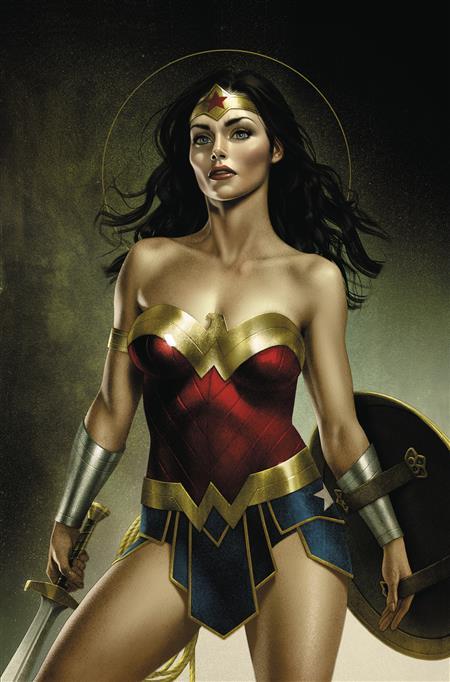 From IDW this week comes GI Joe A Real American Hero Snake Eyes Origin! The strangest secret of all... revealed! Find out the origin of Snake Eyes! Discover the true past of Storm Shadow! And get a major revelation about Cobra Commander! It's all here in this special reprint of the classic G.I. Joe: A Real American Hero tale... first told in G.I. Joe: ARAH #26 and #27! $4.99! 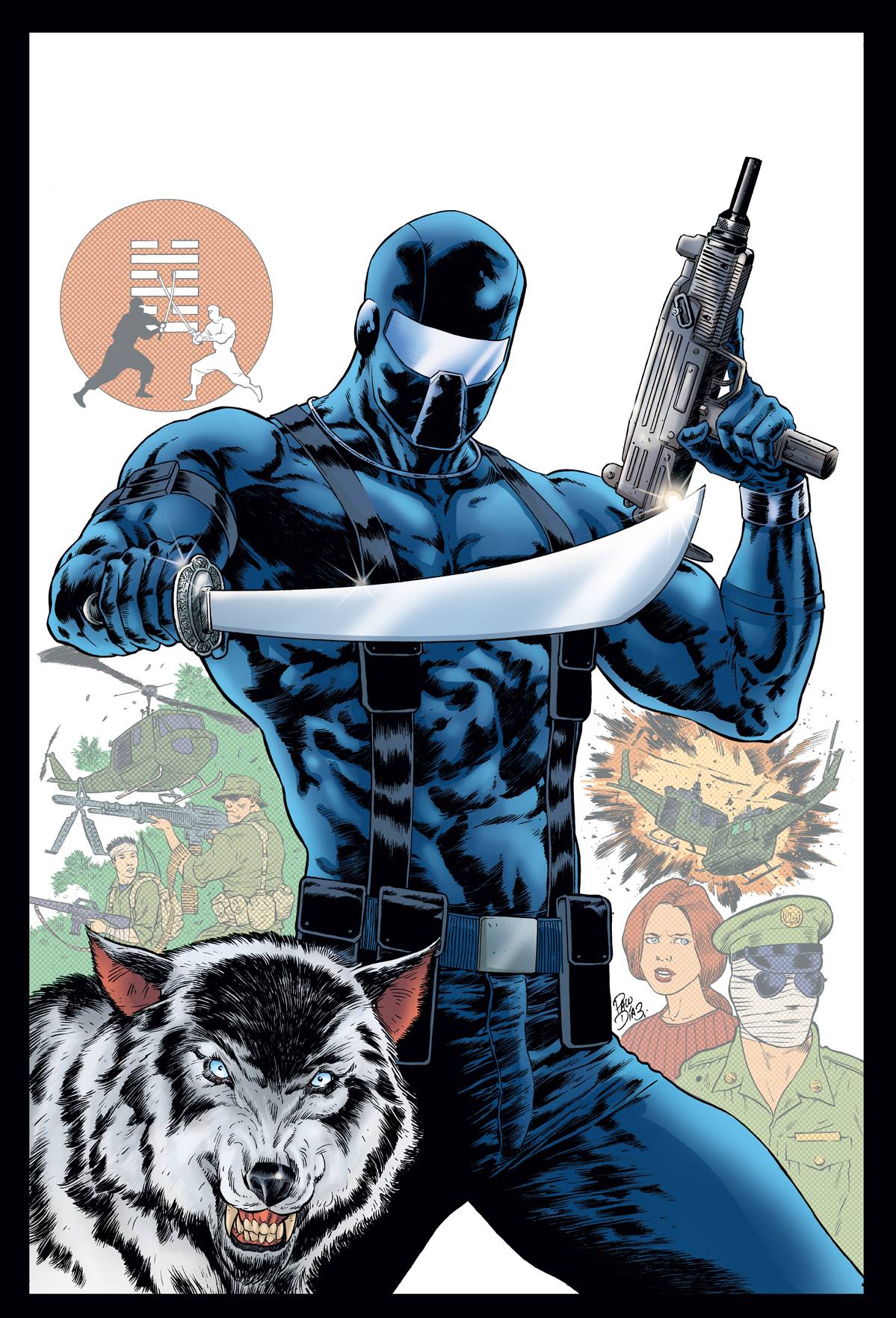 From Image this week comes Big Girls #1! When men become giant monsters hellbent on destroying the world, only girls can stop them-BIG GIRLS. Meet Ember-she writes poetry, loves to read, and she's a 300-foot-tall full-time monster killer! She and the other big girls are all that stand in the way of our world's complete annihilation! Critically acclaimed artist JASON HOWARD (TREES) takes full creative control as the writer and artist of a tale that's a cross between JOHN WICK and GODZILLA by way of HBO's GIRLS. 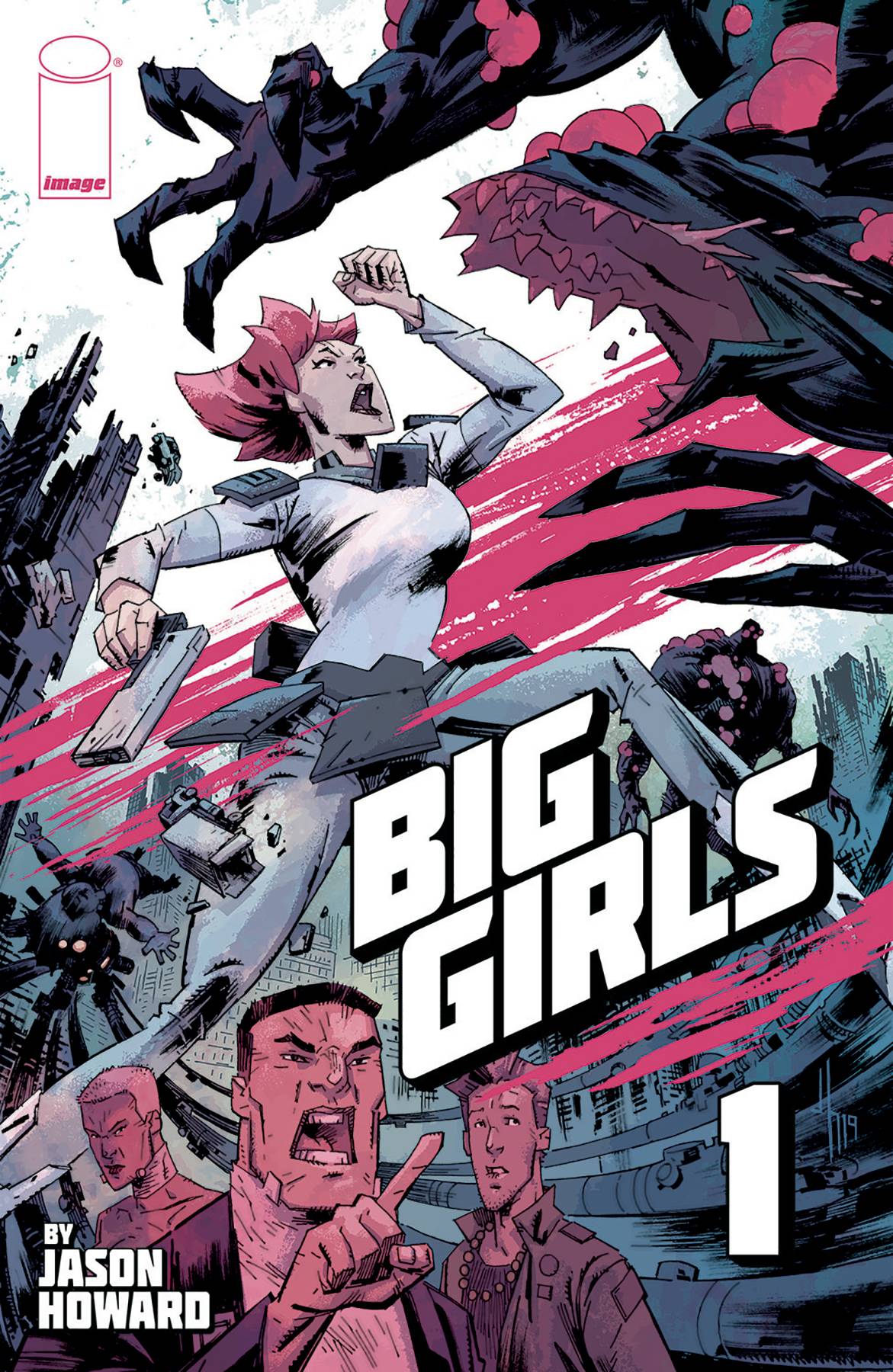 From Marvel this week comes Star Wars Action Figure Variant Covers #1! Get the ultimate Star Wars action figure collection - in one single, giant-sized comic book! As a child, John Tyler Christopher spent his days playing with Luke Skywalker, Darth Vader and his beloved Boba Fett. As an adult, Christopher has spent the last five years drawing the greatest heroes and villains of the galaxy far, far away in a stellar series of Action Figure Variant Covers to Marvel's Star Wars titles - which have become as sought-after among fans as the original toys! Now, almost 100 of Christopher's covers - featuring everyone from Ackbar to Zuckuss - are assembled, in all their full-size glory, in this instant collector's item issue. And you don't even have to agonize over taking them out of the box! $9.99 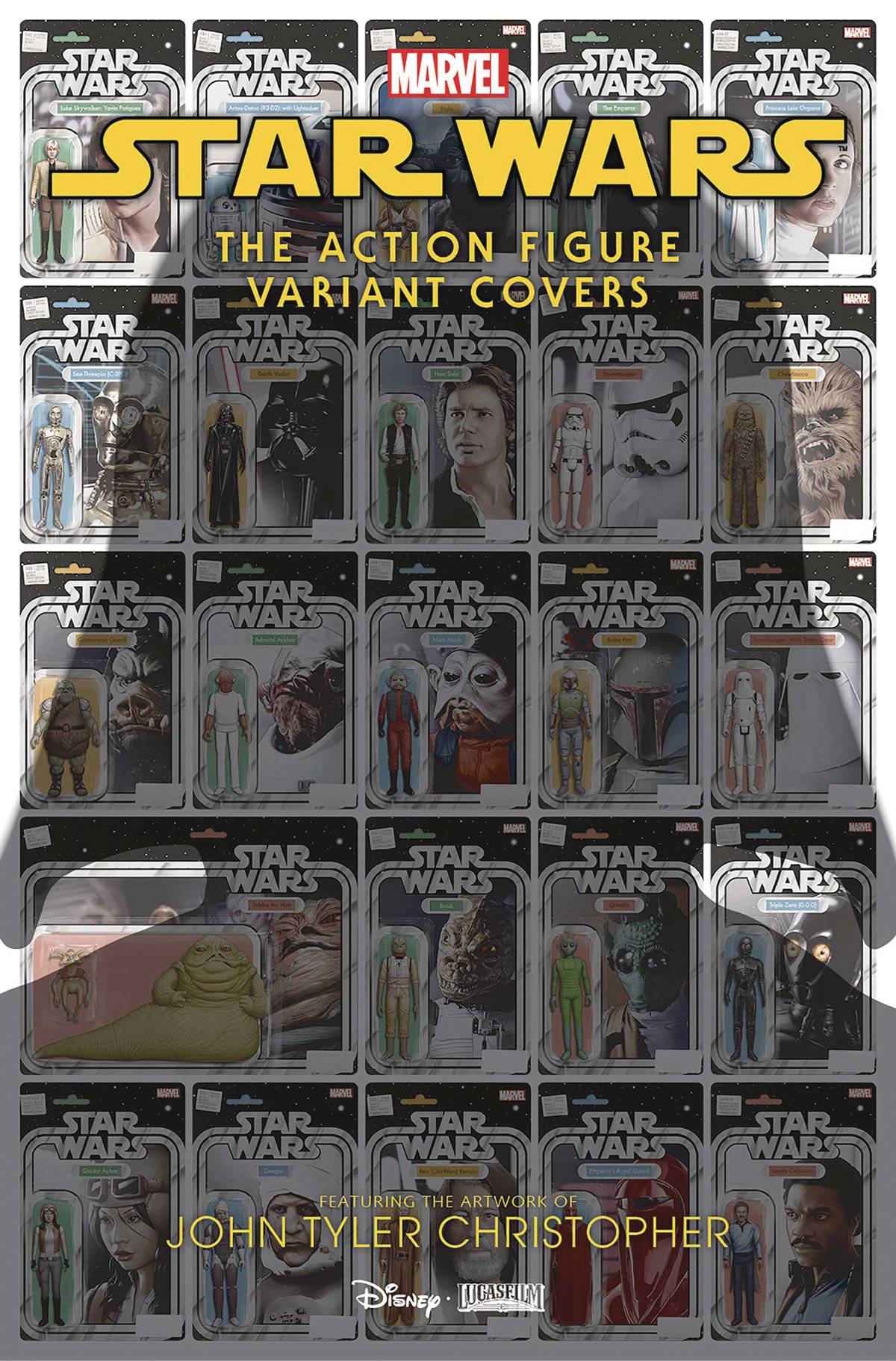 From Boom Studios this week comes the OGN Bear! Bear is a guide dog for the blind, and he would do anything for his best friend and owner, Patrick. But when Bear suddenly loses his own vision, he worries that he has lost his purpose! Determined to protect Patrick at all costs, Bear sets out on a quest to regain his eyesight. Along the way Bear will learn to tap into his other senses and begin to see the world from a new perspective that is at times more rich and colorful than the world he's always known. Writer Ben Queen (Disney/Pixar's Cars 2 and Cars 3) draws inspiration from real life stories of how memory can influence how we recall our own surroundings, and artist Joe Todd-Stanton (A Mouse Called Julian) lovingly renders an unforgettable story of one dog's grand adventure from the wooded countryside to the heart of Manhattan where he encounters new friends and discovers his true calling. $24.99 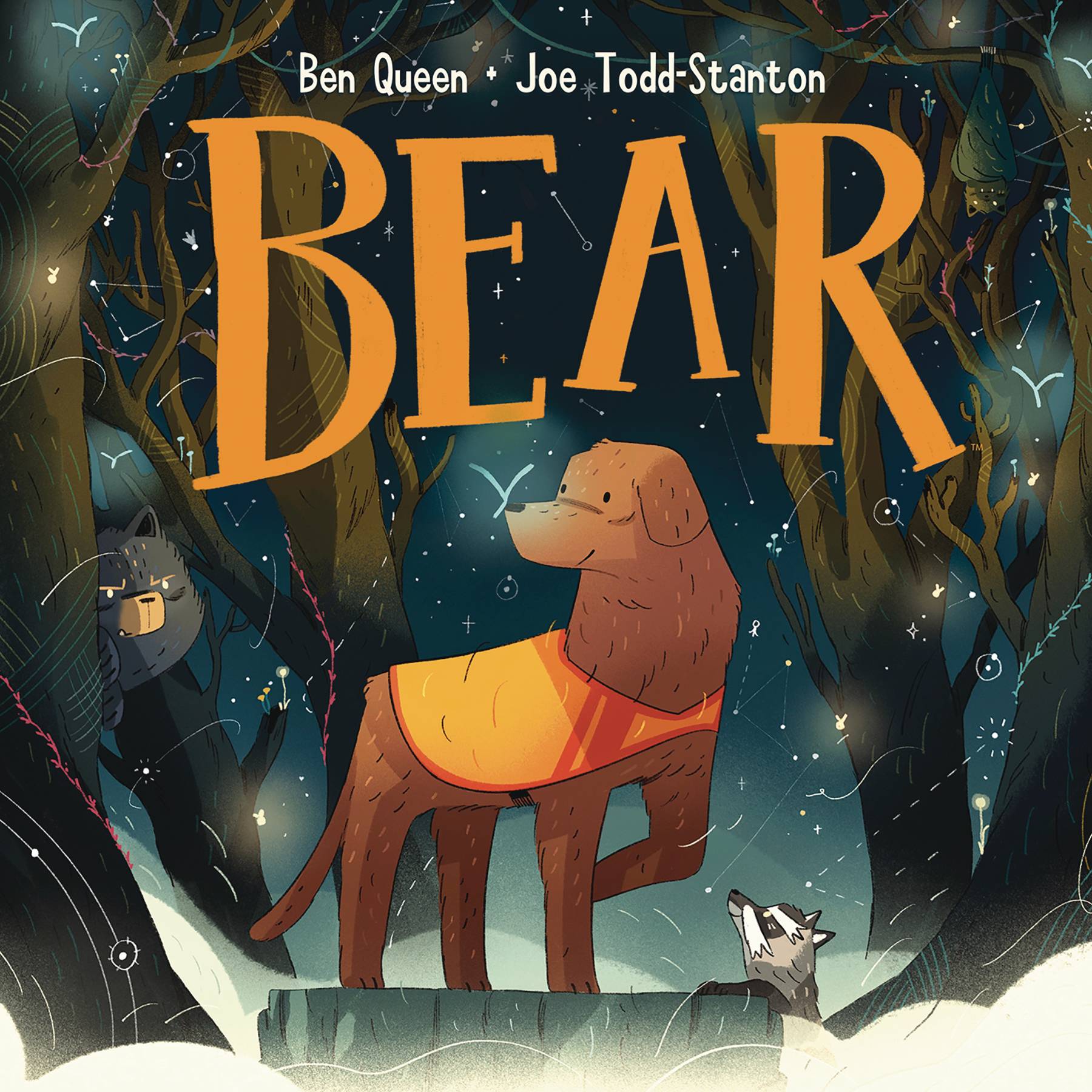 Who Does Number 2 work for?

Here are this weeks spotlight on issue #2’s that are on FOC. You may have grabbed issue #1 off the rack this week or last, and if you enjoyed it, please let us know so that we can add it to your pull so you don’t miss out!

Empyre Avengers #2 (of 3). Earth's Mightiest Heroes fight an intergalactic foe on three fronts! In New York, a villain from the past has been super charged with alien energy. In Mexico, old hatreds turn allies into enemies. And in the Savage Land, the soul of the jungle has been stolen and Shanna the She-Devil's life hangs in the balance. It's mystery, magic and mayhem, in the Mighty Marvel Manner! Main cover by Paul Renaud, variant cover by Dan Mora 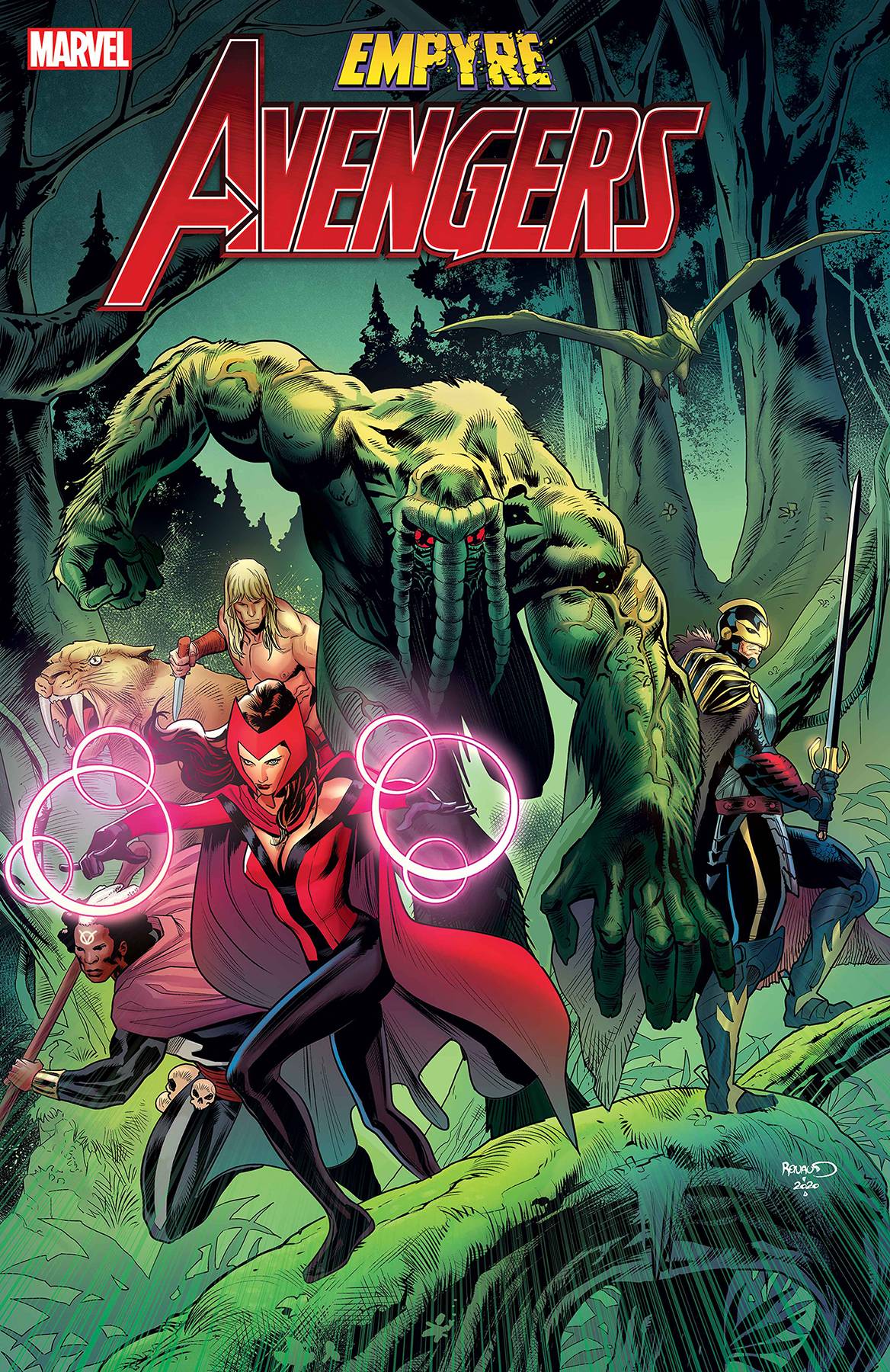 Empyre Captain America #2 (of 3). Earth's defenses are being overrun!With his back against the ropes, Captain America reaches out for aiid...but is there anyone left to hear the call? Main cover by Mike Henderson, variant cover by Luke Ross! 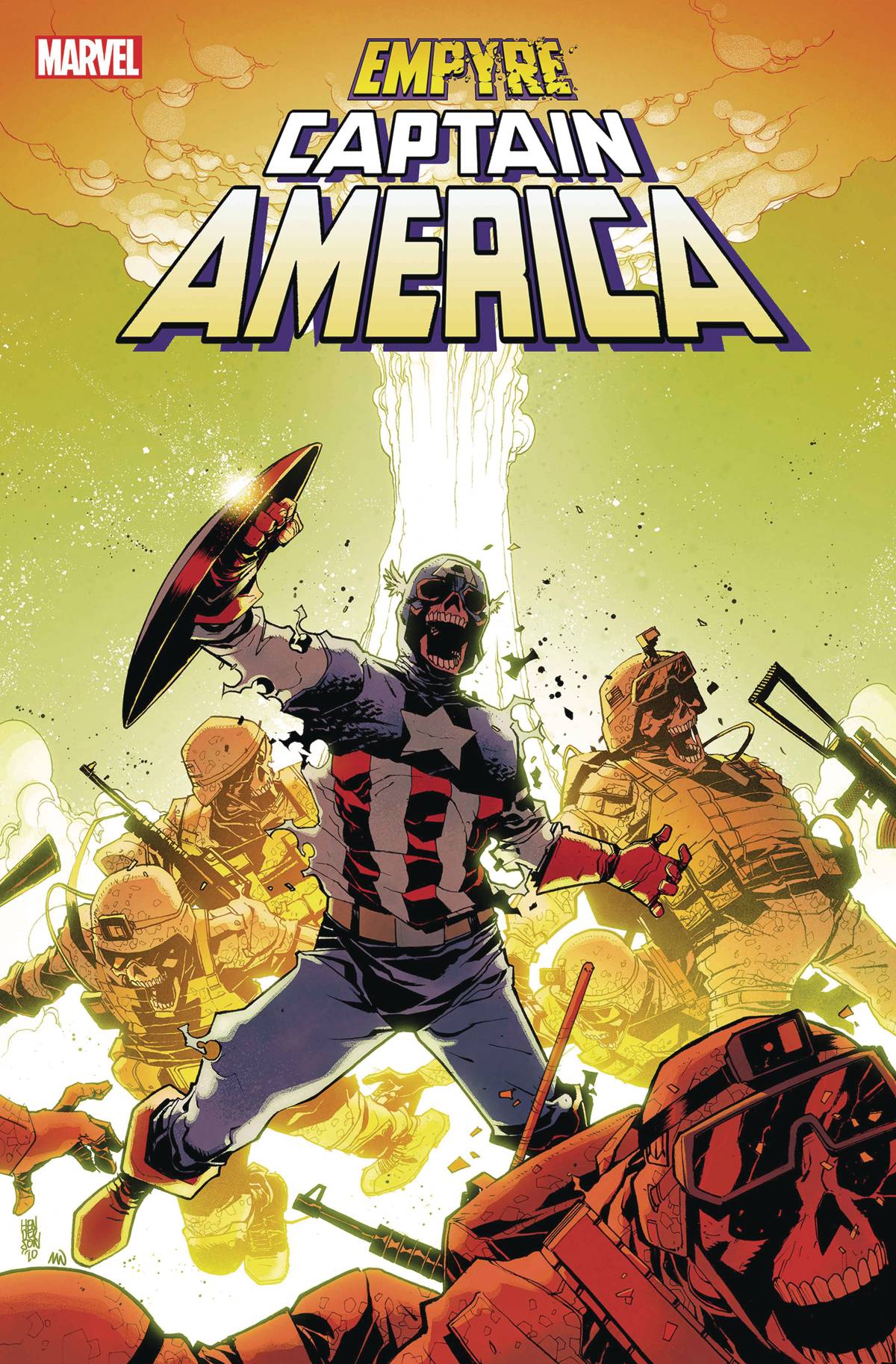 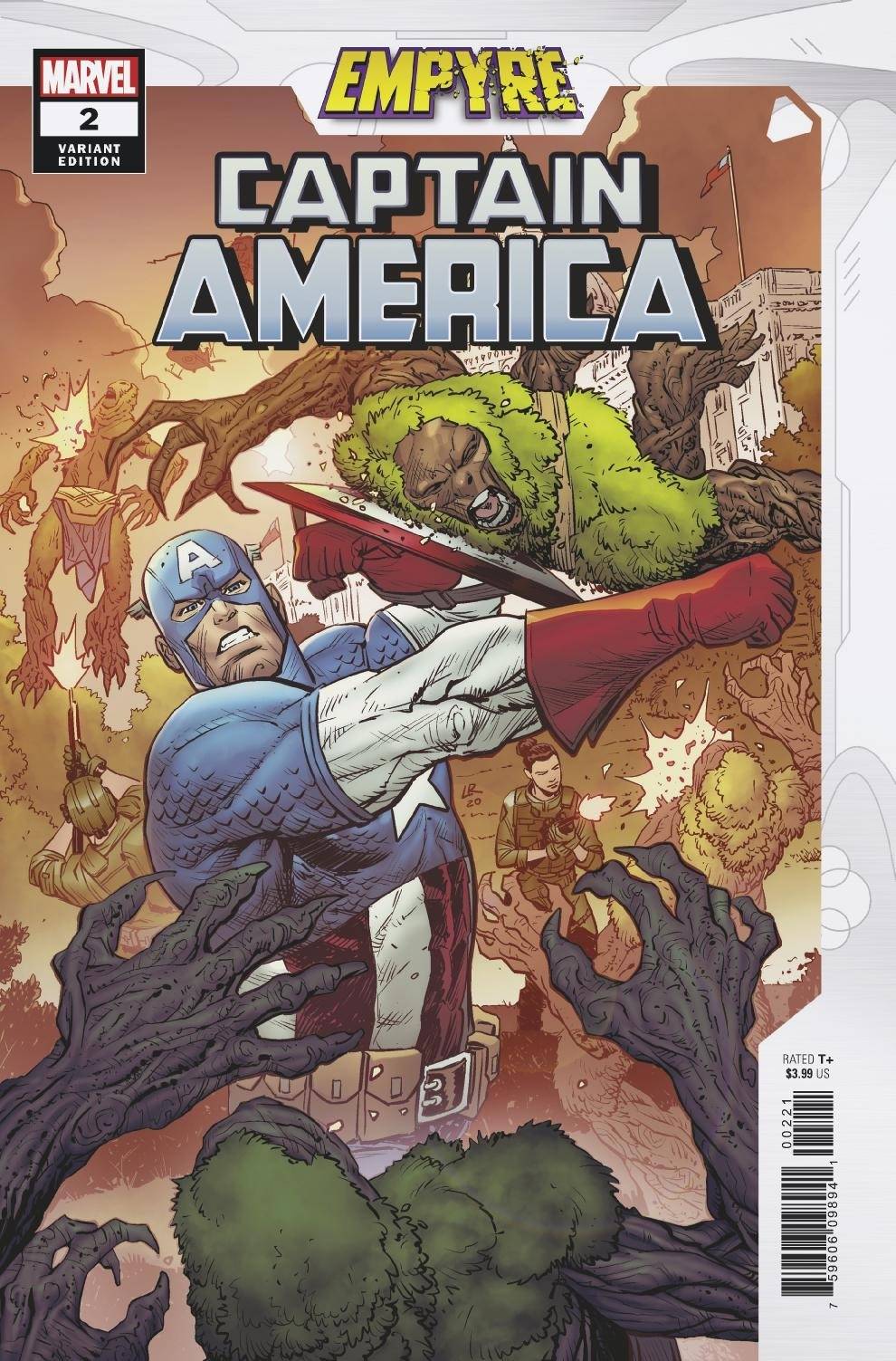 X-Men God Loves Man Kills #2 (of 2). The Uncanny X-Men. Magneto, master of magnetism. The bitterest of enemies for years. But now they must join forces against a new adversary who threatens not only mutantkind, but all of humanity beside it...in the name of God. The members of the Stryker Crusade are poised to cleanse the Earth, no matter how much blood stains their hands. Chris Claremont and Brent Anderson's influential X-Men story is re-presented with all-new pages from the legendary creators themselves! Main cover by Phil Noto, variant cover by Brent Anderson! 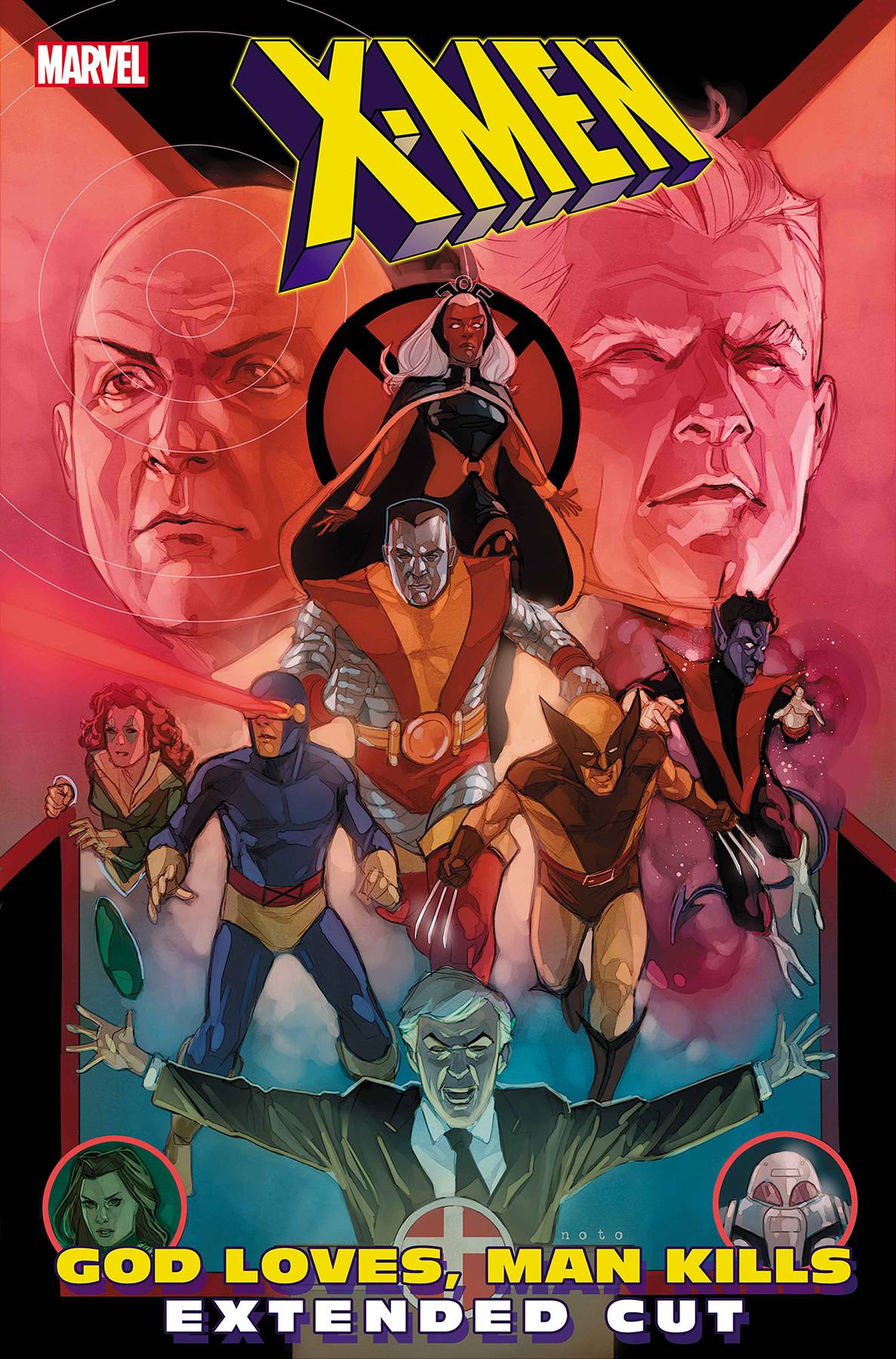 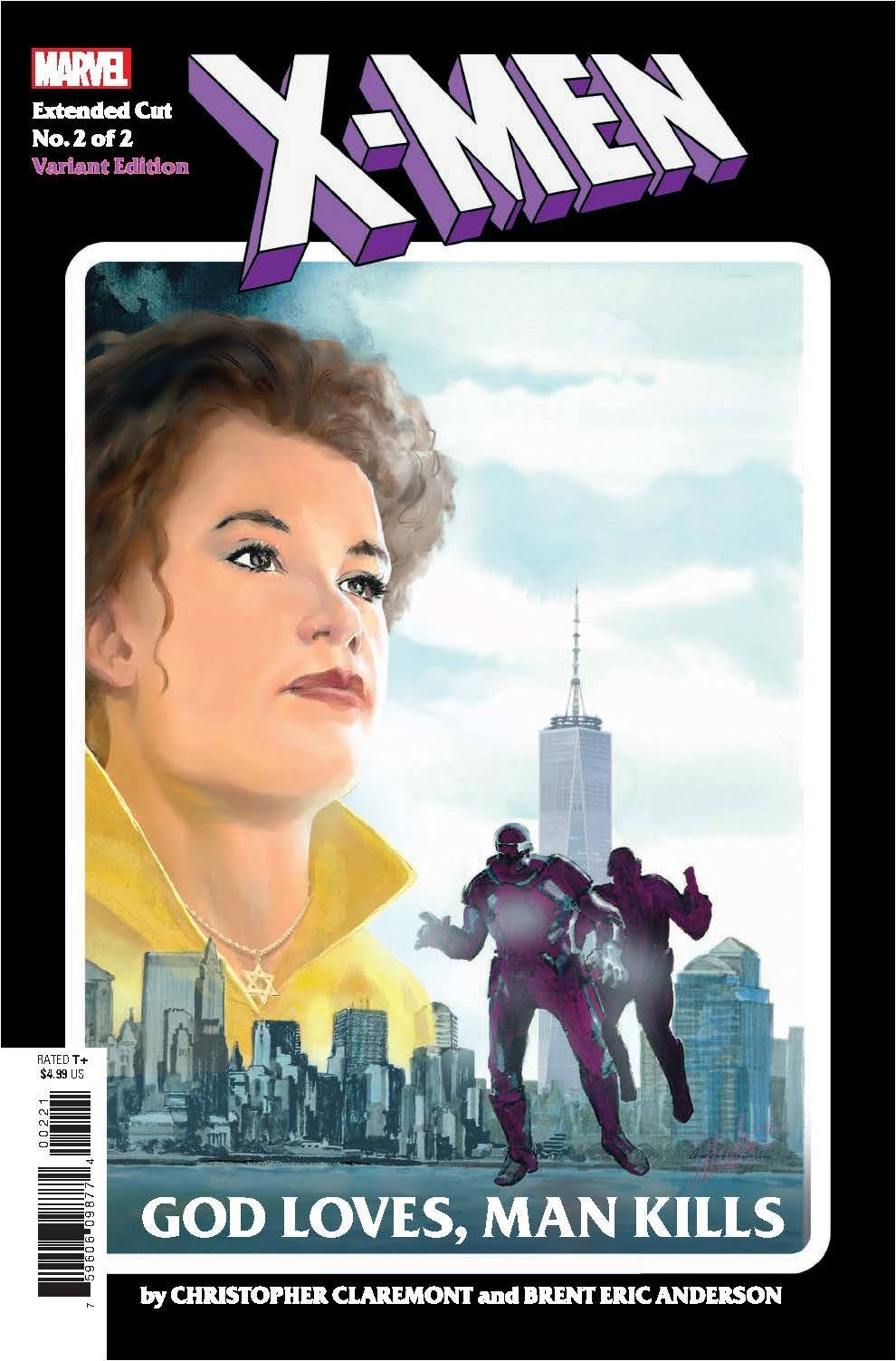 Devils Highway #2 (of 5). Benjamin Percy (Wolverine) and Brent Schoonover (Batman '66) present a chilling crime thriller, loosely based on real events, that examines murder in the dark underbelly of America's heartland. Sharon Harrow, an elite military veteran with skeletons in her closet and a dark family secret, embarks on a quest to hunt down the serial killer that brutally murdered her father - only to discover that he is just one piece of a national network of evil that snakes across the country and hides in plain sight. To catch the Devil, Harrow must first embrace and unleash the darkness within. 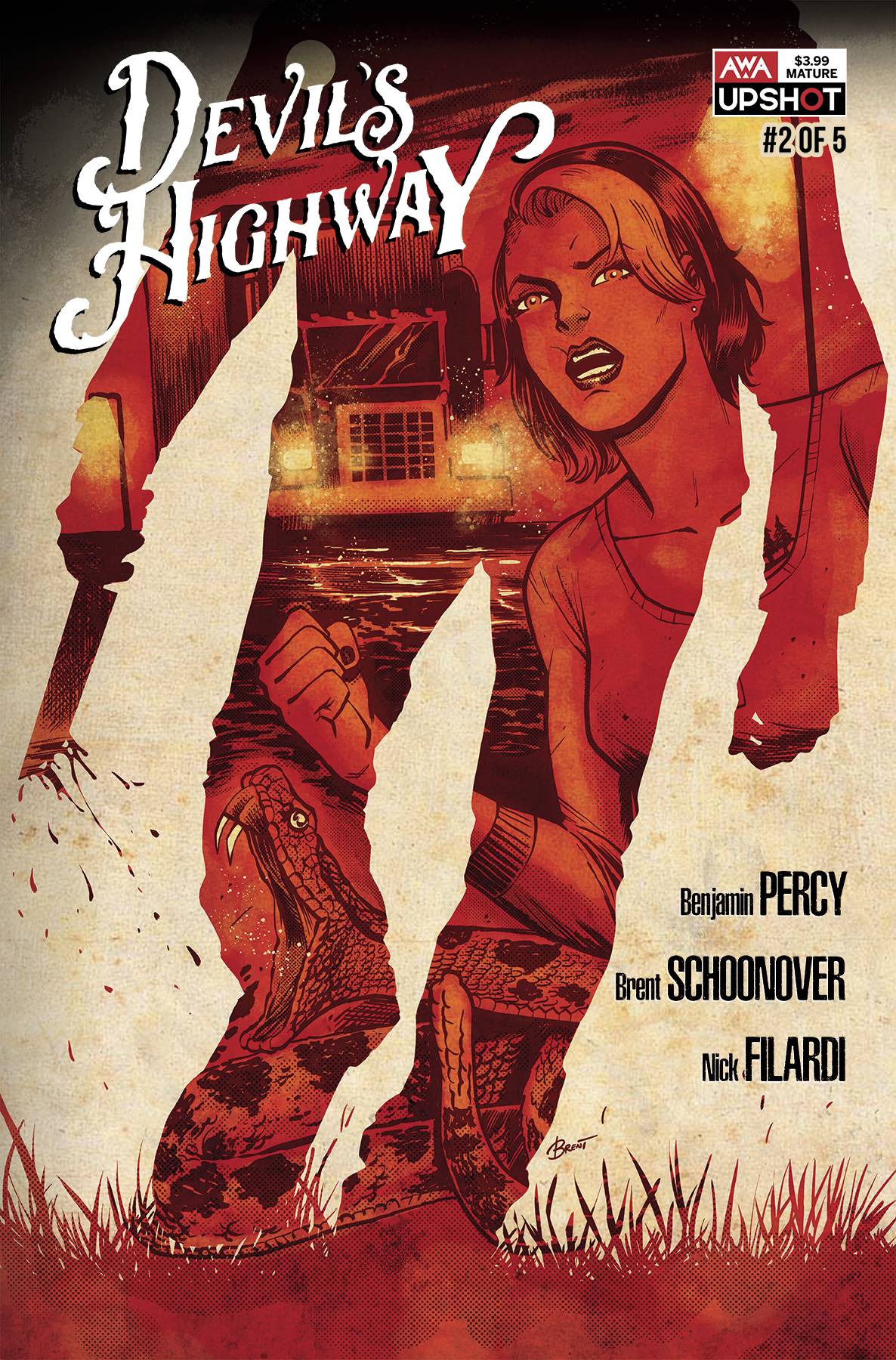 Buffy The Vampire Slayer Willow #2. After the events of Hellmouth, Willow has set out on a world trip to find herself, and maybe some answers about her powers along the way. Now, in the magical-and we mean that literally-town of Abhainn, Willow seems to have found a home. Afterall, they tell her, the outside world is dangerous. Afterall, isn't it easier just to stay in Abhainn? Main cover by Jen Bartel, B cover by Mirka Andolfo, C cover by Valero O Connell! 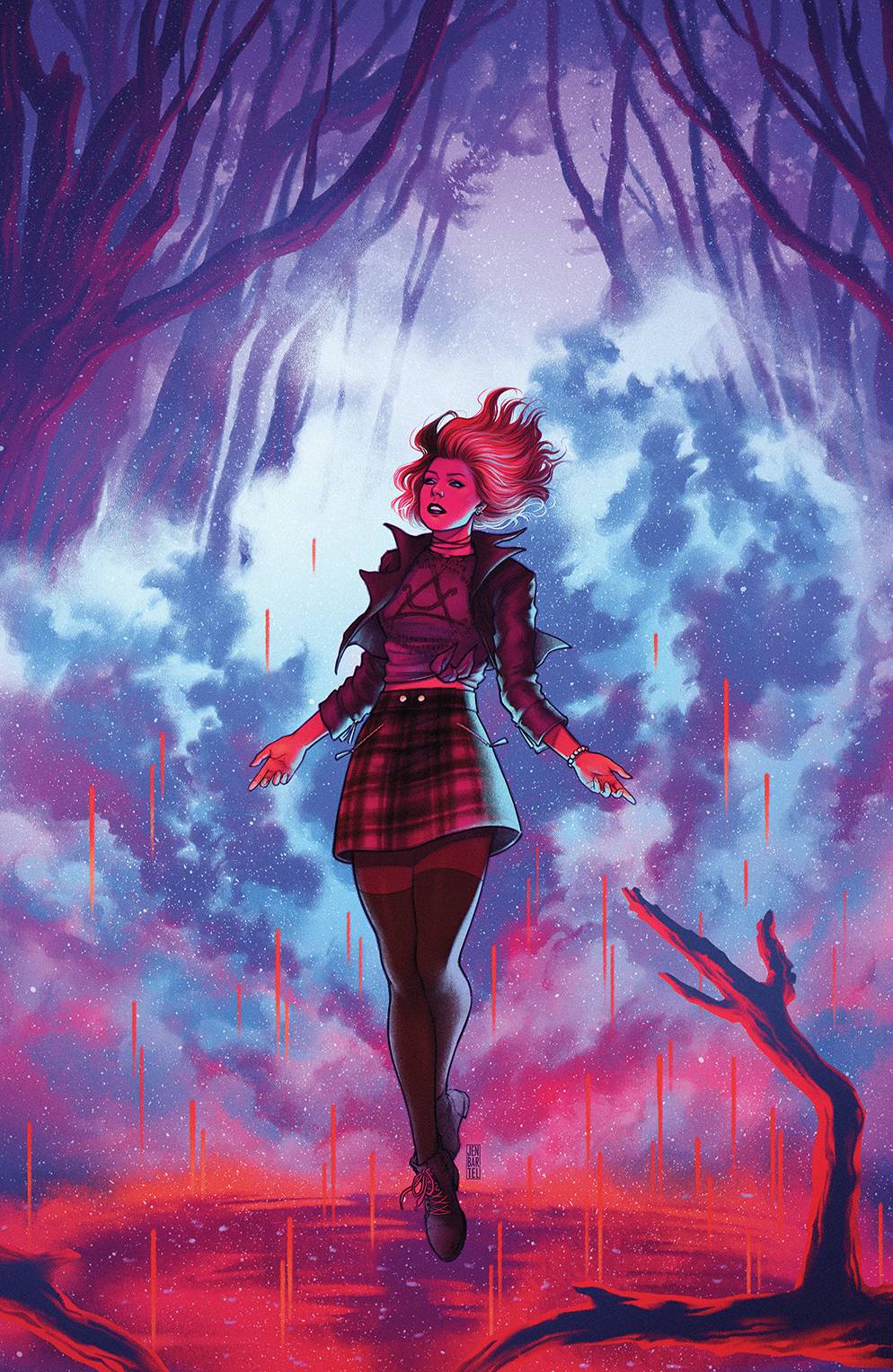