Well it is the first of May, and its pretty much the superbowl for comic lovers. This Saturday is both May the 4thAND Free Comic Book Day, so make sure you check out your LCS to see what they have in store for you! In the meantime, lets get you your weekly new comic rundown!

From DC this week, Batman TMNT III #1 (of 6) hits the racks. The 80th anniversary of Batman collides with the 35th anniversary of the Teenage Mutant Ninja Turtles in this stunning concluding miniseries to the BATMAN/TEENAGE MUTANT NINJA TURTLES trilogy. Our heroes have battled the evil of the Foot Clan in Gotham City and Bane in New York, but now Krang has gotten his hands on the most dangerous technologies in the DC Universe-and no universe is safe from his wrath! Co-published with IDW. 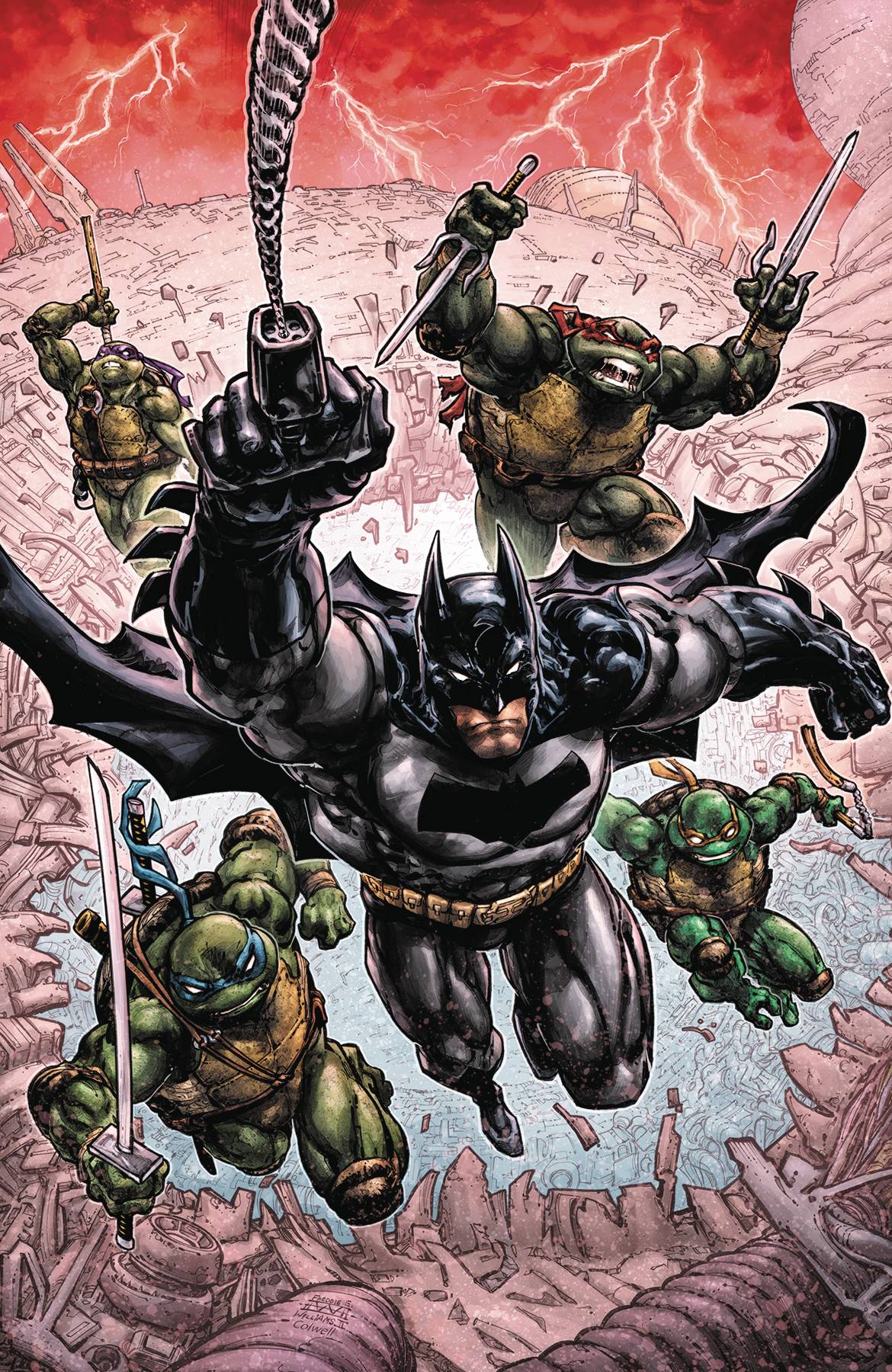 Next from DC this week is DCeased #1 (of 6). A mysterious techno-virus has been released on Earth, infecting 600 million people and turning them instantly into violent, monstrous engines of destruction.The heroes of the DCU are caught completely unprepared for a pandemic of this magnitude and struggle to save their loved ones first...but what happens to the World's Greatest Heroes if the world ends? 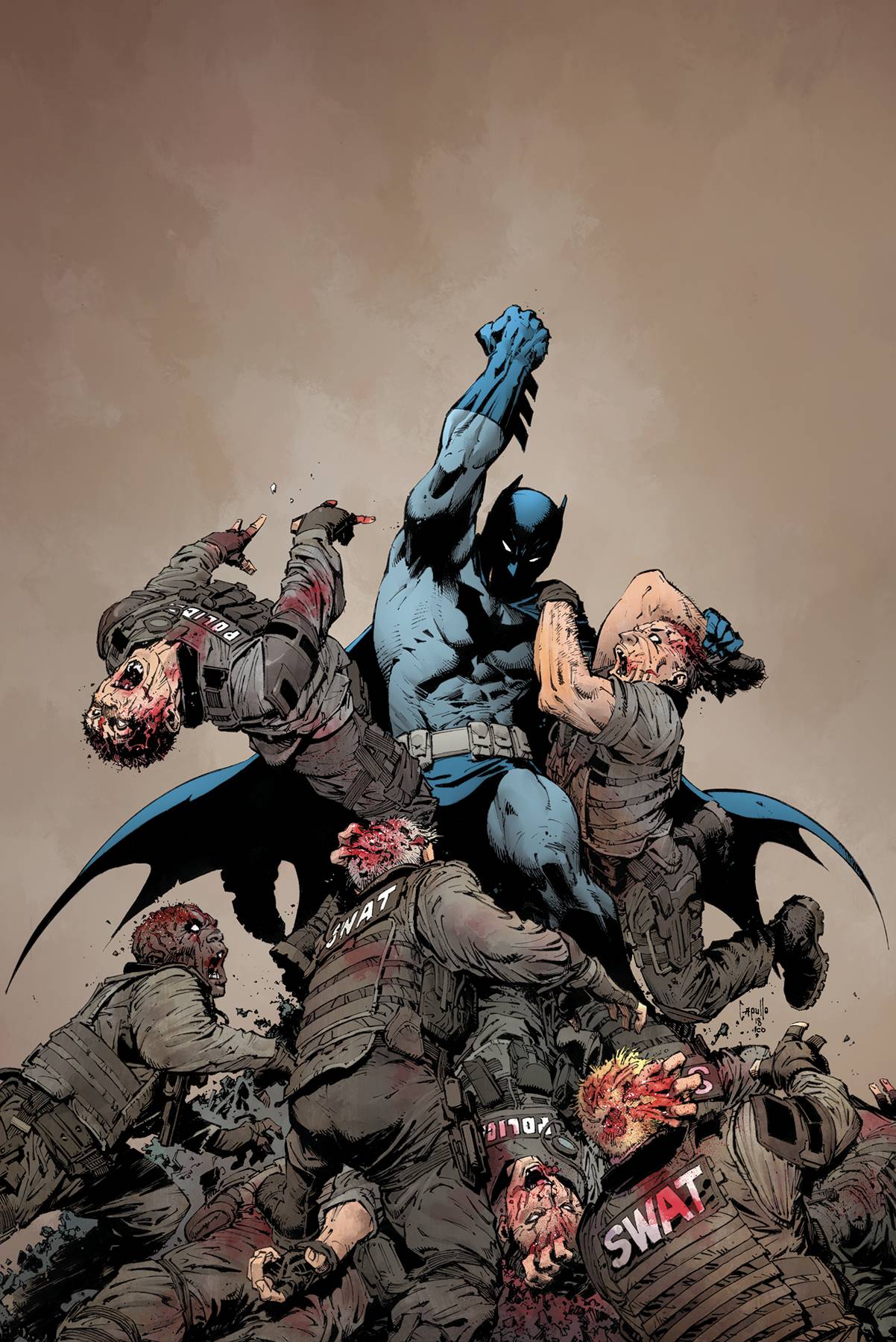 Up next from DC is the 25 cent debut of Year of the Villains #1! Evil is winning! Lex Luthor and The Legion of Doom conspire with Cosmic Gods, bending mankind toward a dark destiny. Elsewhere, the scourge of Leviathan spreads unchecked, seizing power in every corner of the world. And all the while the Batman Who Laughs busies himself in the shadows, aligned with no one-yet with sinister plans for all. The carnage starts here as the badguys take center stage in "The Year of the Villain," the most treacherous event in DC Comics history. Some act with united goals, others with plans selfish and secret, every one of them on a monstrous collision course against Batman, Superman and the heroes of the DC Universe. And our heroes will fail us. 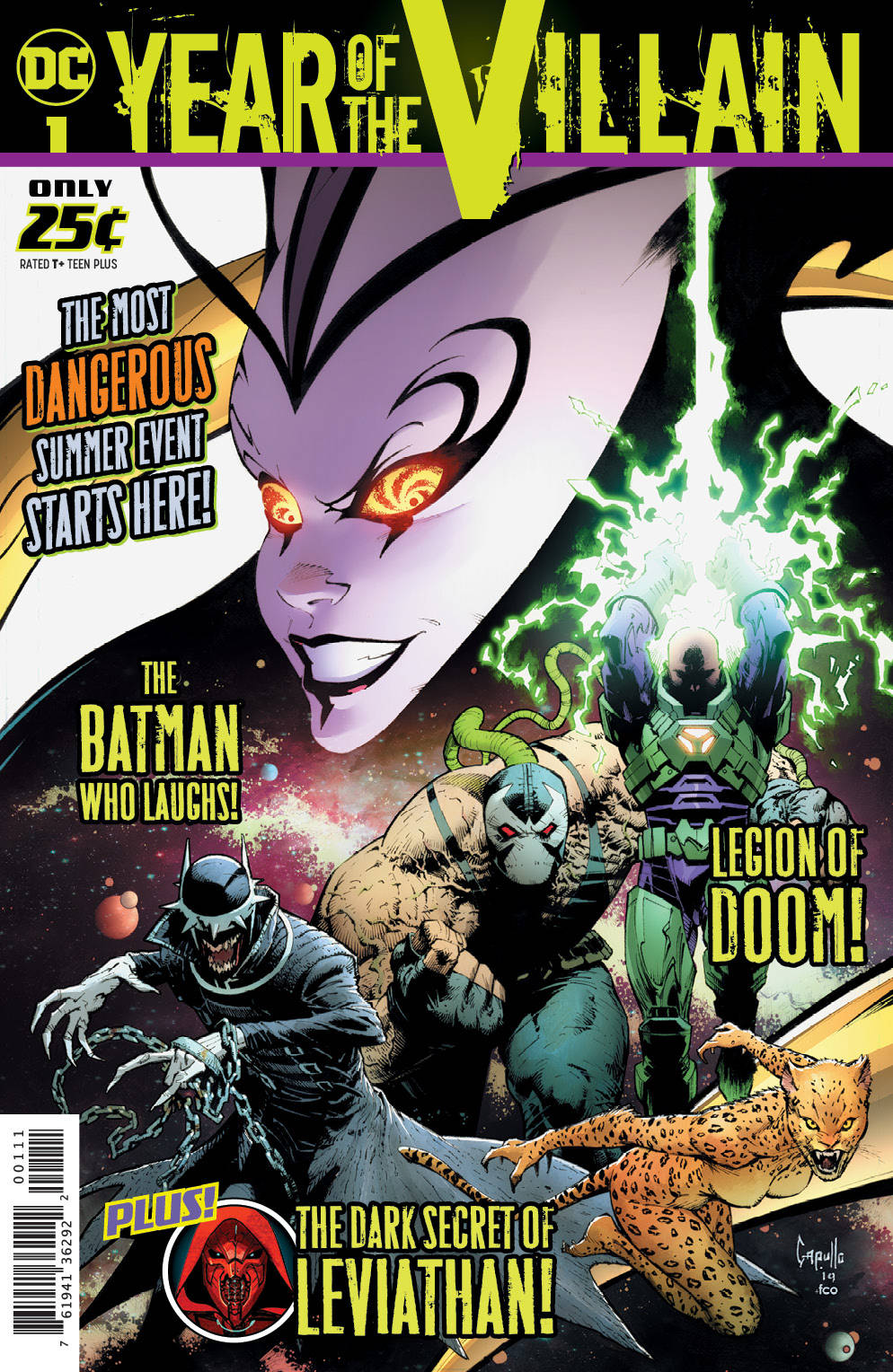 Lastly from DC this week, their Young Reader line increases by Under the Moon, A Catwoman Tale. She rejects human cruelty, but sometimes it seems as though brute force is the only way to "win." And if Selina is to survive on the streets, she must be tough. Can she find her humanity and reconcile toughness with her desire for community ... and love? From Lauren Myracle, the New York Times best-selling author of books like ttfn and ttyl, comes the story of a teenage Catwoman, as she struggles to find her own identity while living on the streets of Gotham. 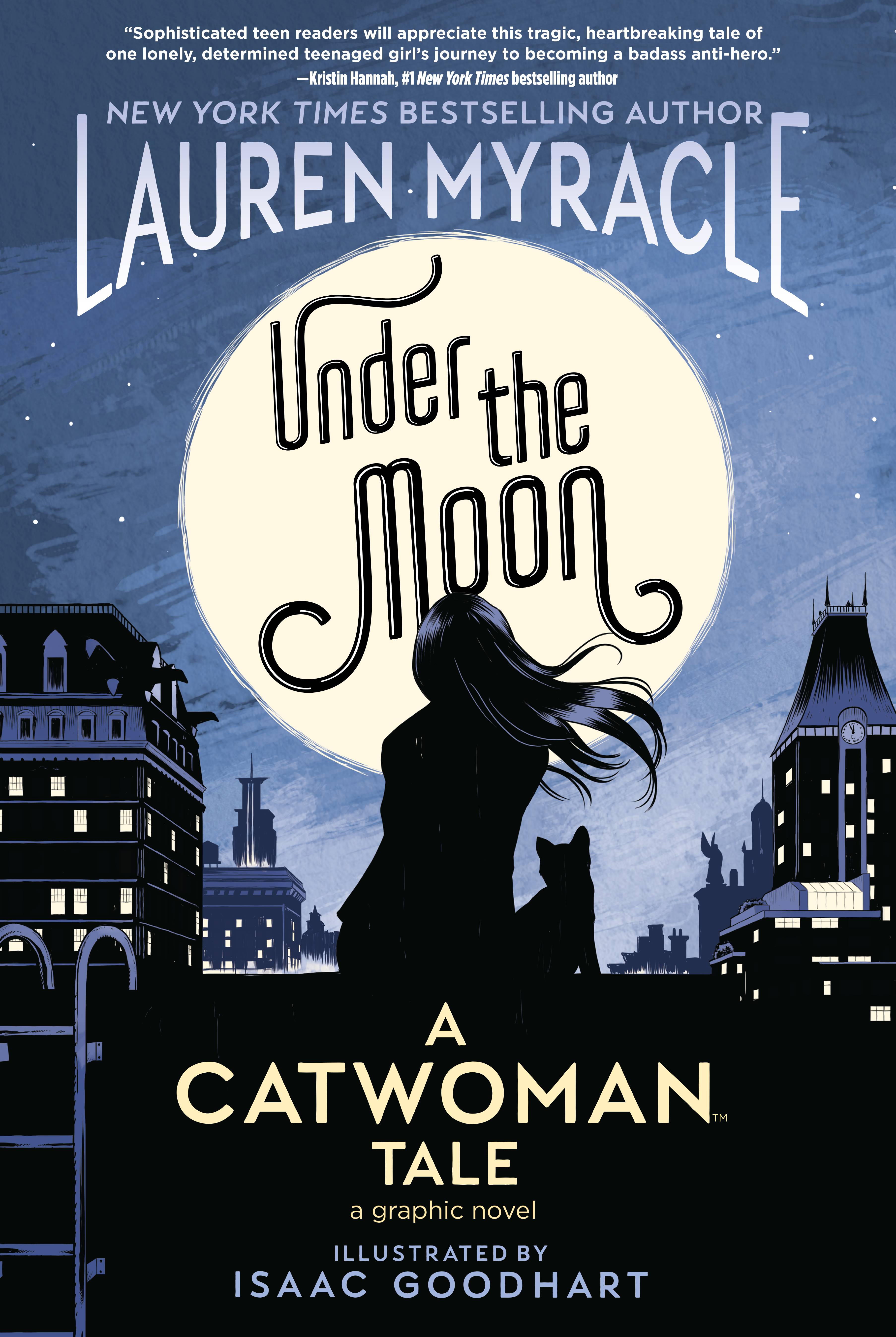 From Image this week, Gogor #1 hits racks. From KEN GARING, the writer/artist of the acclaimed series PLANETOID, comes an all-new ongoing series of wonderfully weird high fantasy! Deep underground, among the floating islands of Altara, the mystical Gogor sleeps. But trouble brews above ground as soldiers of the Domus impose their will across the land. Now, a young student named Armano must awaken Gogor and begin his quest to protect the culture of Altara. This debut issue kicks off with 28 pages of story! 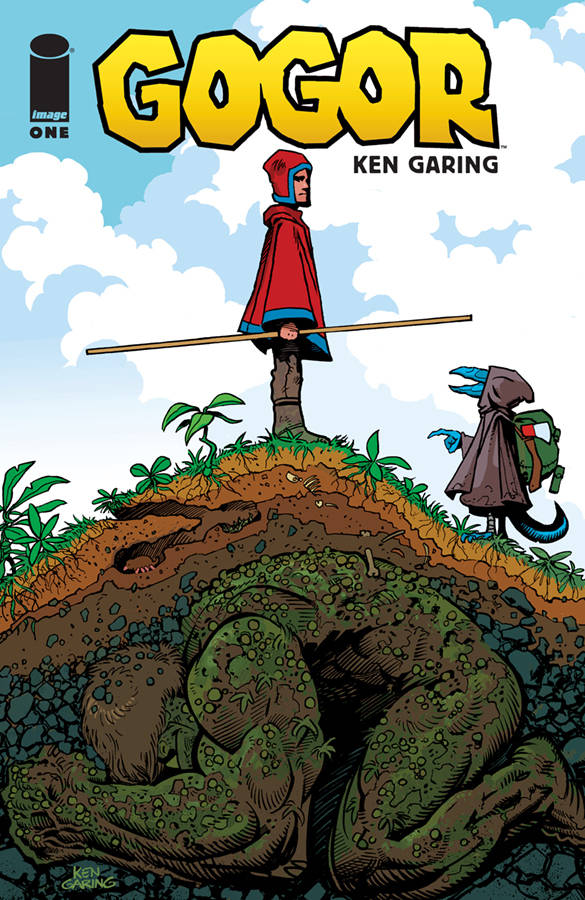 From Marvel this week, Savage Avengers hits the racks! The most savage, most unkillable team of characters in the Marvel Universe is assembled! Wolverine! Venom! Elektra! Punisher! And in their midst - Conan the Barbarian! Conan has returned to the Marvel Universe and his new adventures begin here. What is the City of Sickles? Who is the Marrow God? How is the Hand involved? The roughest and most dangerous characters rumble through this new title starting with...Conan vs. Wolverine? 'Nuff said. 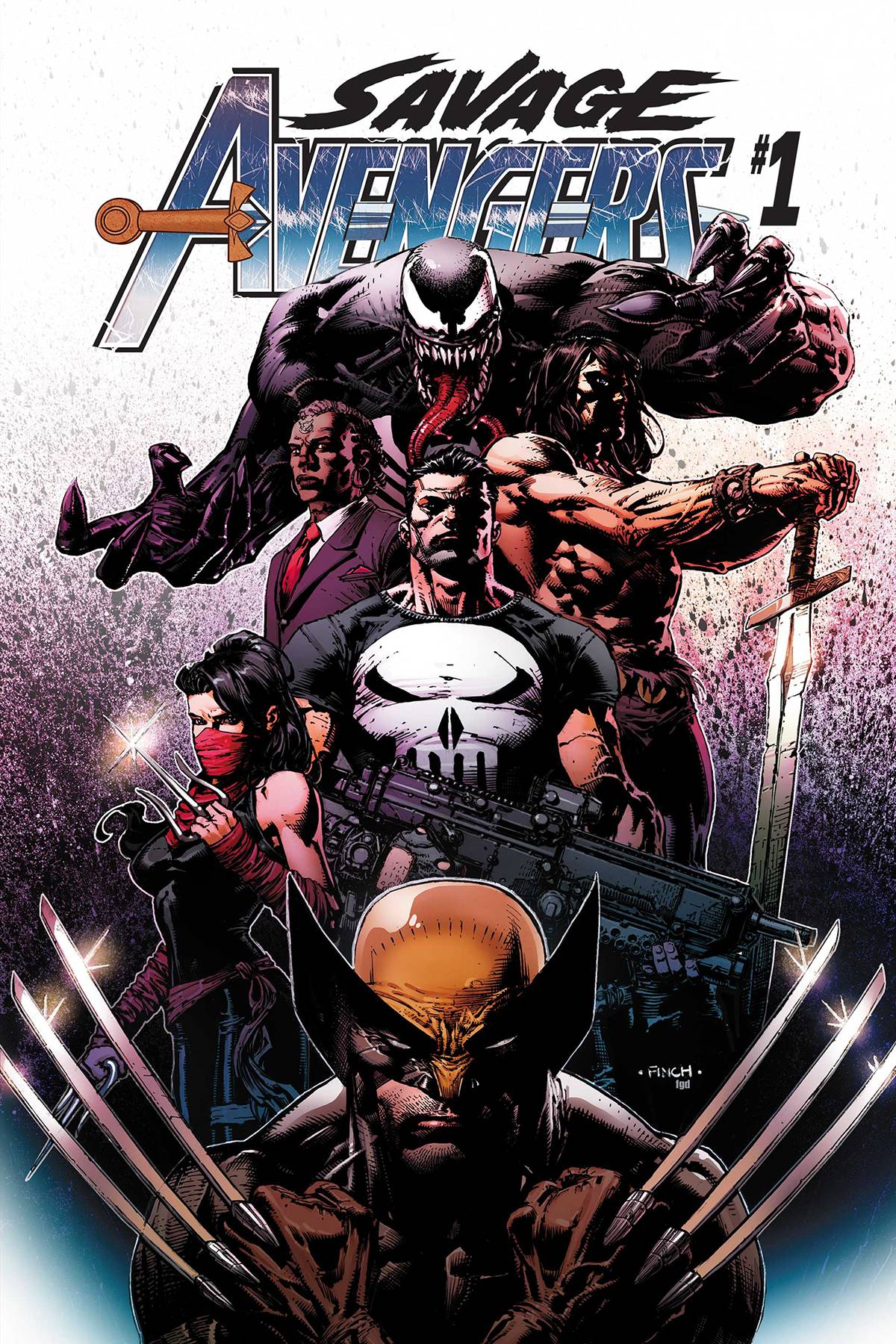 Lastly from Marvel, comes War of the Realms Strikeforce The Dark Elf Realm #1 (one shot). THE PUNISHER LEADS THE CHARGE TO SHUT DOWN THE BLACK BIFROST!Deep in the swamps of Svartalfheim stands the Black Bifrost, Malekith's corrupted Rainbow Bridge and the only reliable means of travel between the realms with the true Bifrost in pieces. If the gods are going to stop Malekith's invasion, the Black Bridge must fall. With her son missing and husband injured, Lady Freyja must take up the challenge herself. But she won't go alone. Hulk (Jen Walters), the Punisher, Blade and Ghost Rider follow the All-Mother of Asgard straight into Malekith's home territory! 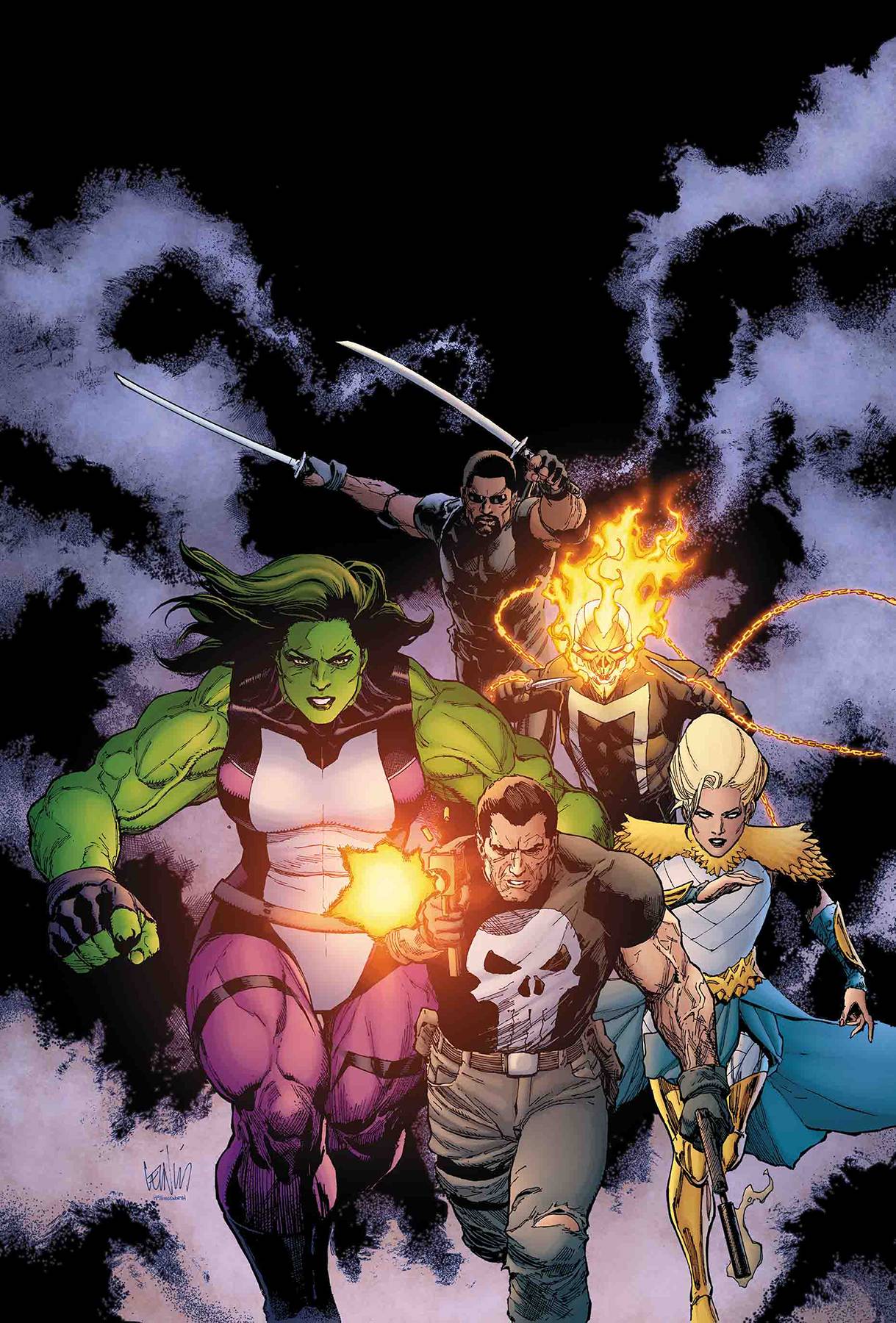 From AfterShock this week comes Descendent #1. WANTED: Information as to the whereabouts of JACKSON E. MILLER, Son of Senator Carter Miller. The child was kidnapped from his home in Washington, DC between 4 and 6 a.m. on Tuesday, March 1, 2018. Address all communications to FBI representative Joanna Hernandez, writer Stephanie Phillips (Devil Within, Kicking Ice), artist Evgeny Bornyakov, colorist TBD, or letterer Troy Peteri. All communications will be treated in confidence. Please, no more calls about secret government conspiracies or ancient cults. Conspiracy theories, government corruption, and a really good mix of Prince drives David Corey to help solve the mysterious disappearance of a famous politician's son. When David realizes that the truth is much more dangerous than a kidnapping, he must battle ancient secrets that have endangered the lives of children for centuries. This conspiracy-fueled adventure story looks at the darker side of American history through the eyes of an unlikely team of heroes. If they fail, the American government and its people may not survive. 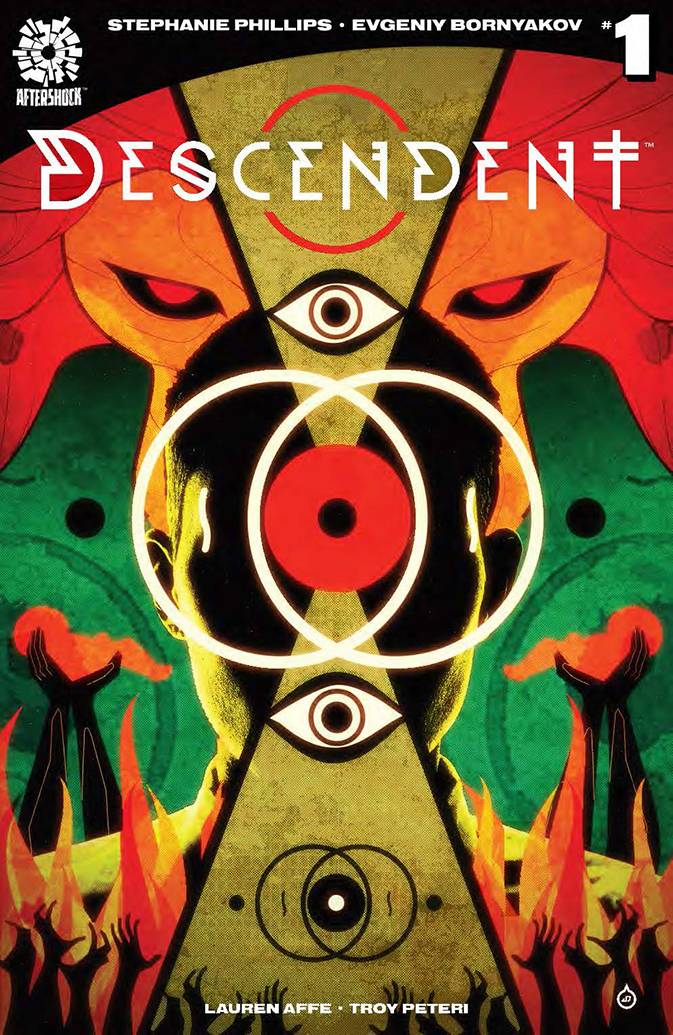 From Valiant this week comes Fallen World #1 (of 5). In the year 4002, a cyborg samurai named Rai struggles to find his morality, while the nanite-filled supersoldier Bloodshot is on a mission to save the citizens of Earth. Will they work together for the greater good? All signs point to no.Oh, and did we mention there are also dinosaurs on the loose and powerful animal-human hybrid mutants? Good luck with that, Rai.Love smart sci-fi and engrossing world-building? Dan Abnett (Aquaman) and Adam Pollina's (X-Force) FALLEN WORLD has you covered. 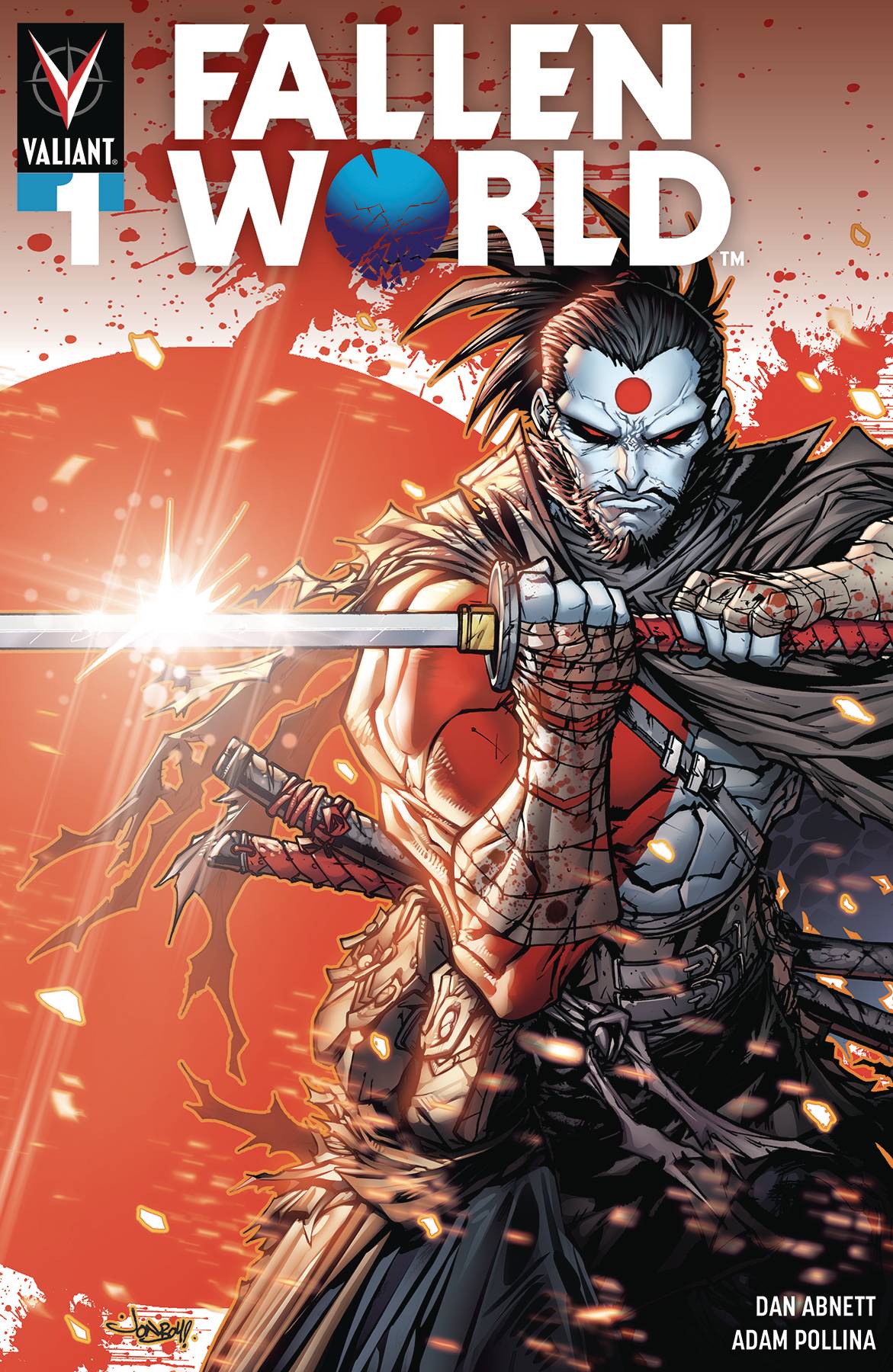 Beasts of Burden Presence of Others #1

Adventures of the Super Sons #10

DCs Year of the Villain #1

My Little Pony Friendship is Magic #77

Archie and Me Jumbo Comics Digest #17

Hillbilly Red Eyed Witchery From Beyond #4

Nobody is in Control #1