Howdy Super Friends! Who’s ready for New Comic Book Day tomorrow? It’s not a huge week, but it’s not the size that matters, right? Anyhow, lets get straight to it so you are prepped and ready to go! Here is what’s new and notable!

From DC this week, Aquaman #48 splashes onto the shelves! On the cusp of recovering his lost memories, Aquaman must overcome one final obstacle-a terrifying journey into the heart of darkness itself-the lair of the mysterious Mother Shark! There, Aquaman will face his greatest challenge yet and look into his past, present and future-that is, if he has any future at all! With a gorgeous variant by Josh Middleton. 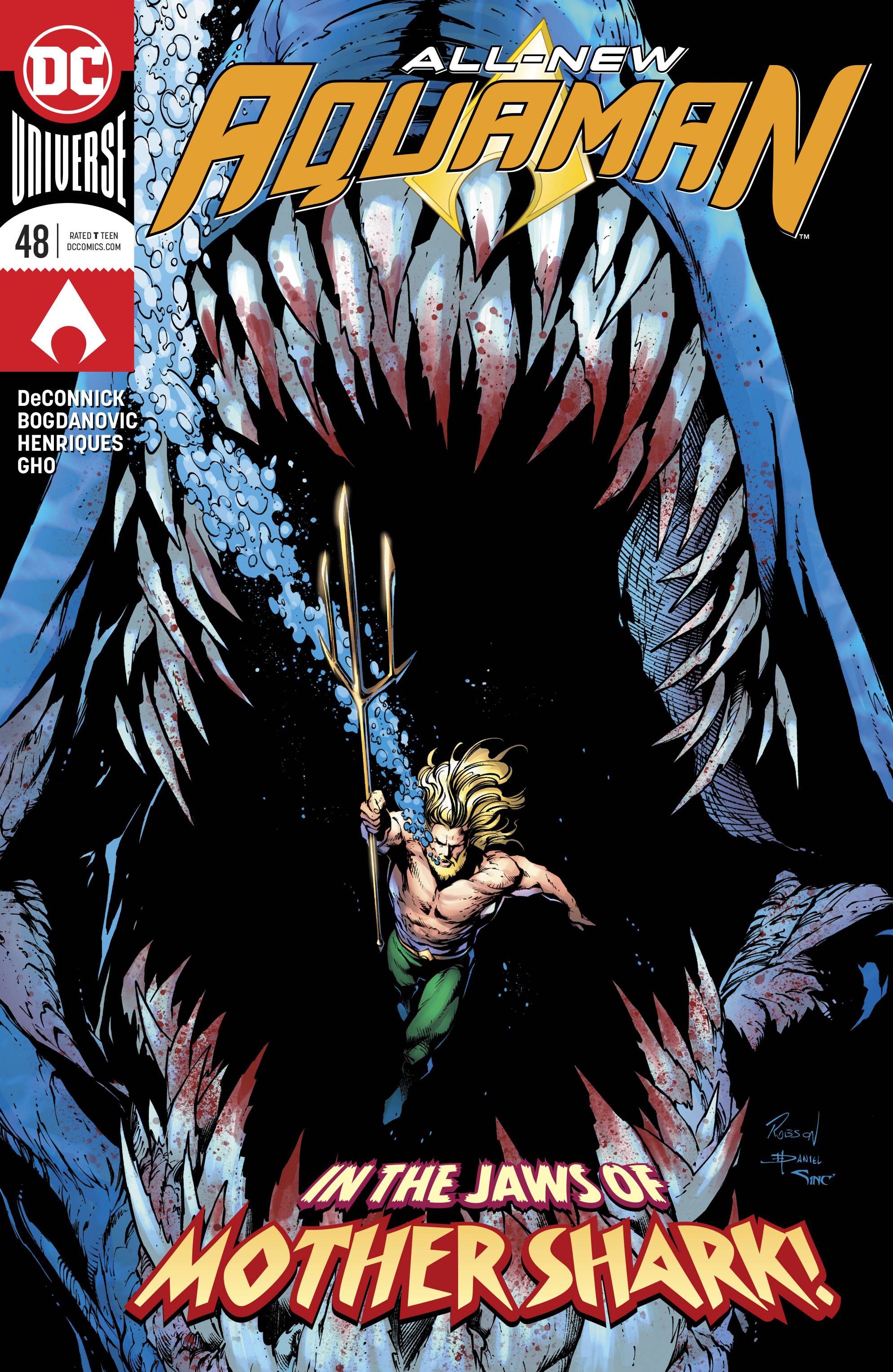 Next from DC this week is Teen Titans #30, the Epilogue to Terminus Agenda. Every decision has consequences, and after the shocking events of DEATHSTROKE #43 (trust us, you don't want to miss it!) it's time for Damian and the rest of the Teen Titans to take stock of what they've done. But the team barely has time to process before a new threat emerges in the form of Crush's absentee father...Lobo! 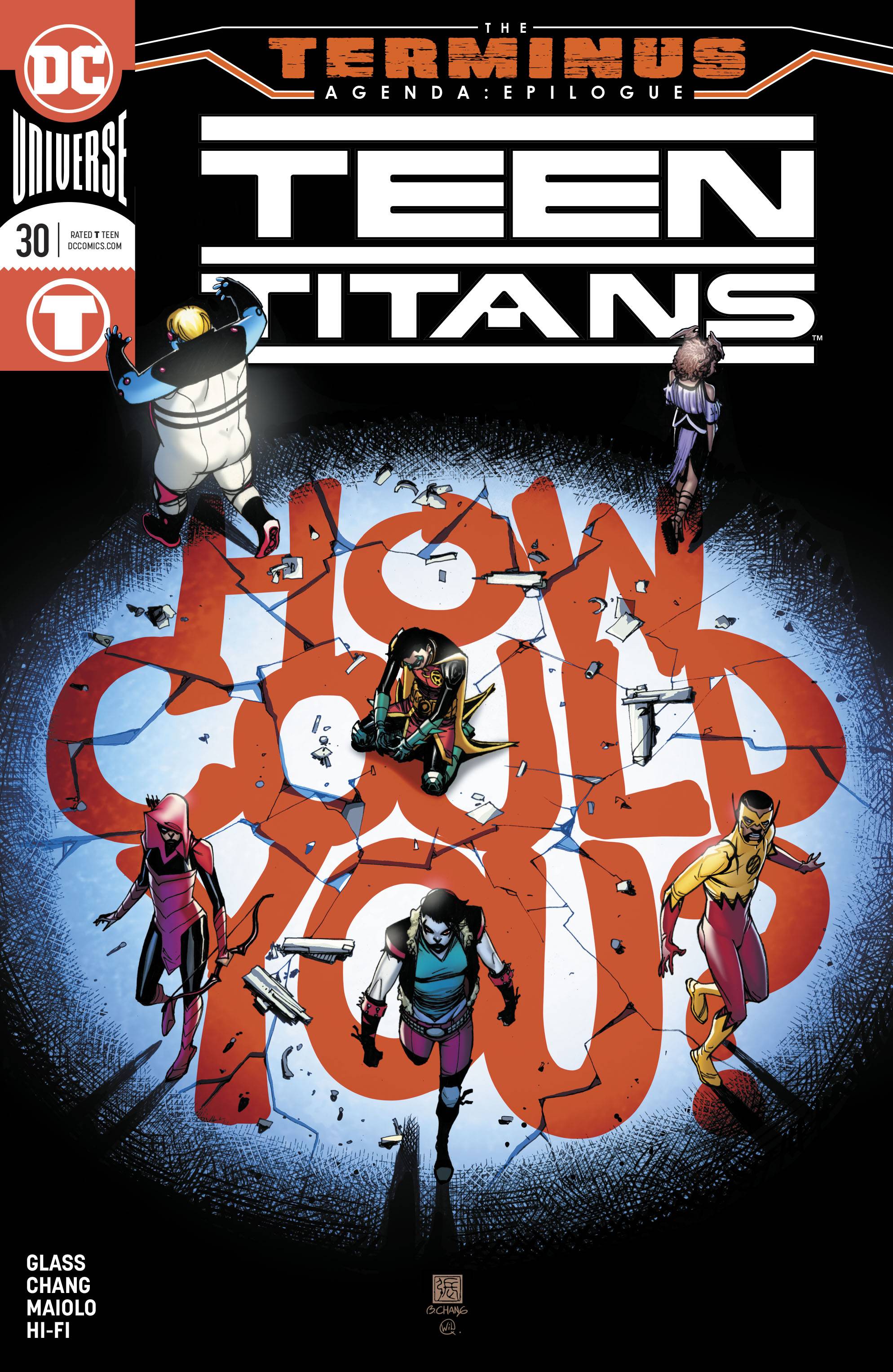 From Marvel this week and tying in to War of the Realms is Giant Man #1 (of 3). ON THE SHOULDERS OF GIANTS! At the behest of All-Mother Freyja, four men must rise to monstrous heights and infiltrate the most savage territory of New Jotunheim: Florida! Who better to tackle frost giants, than the 4 men who can grow to giants! 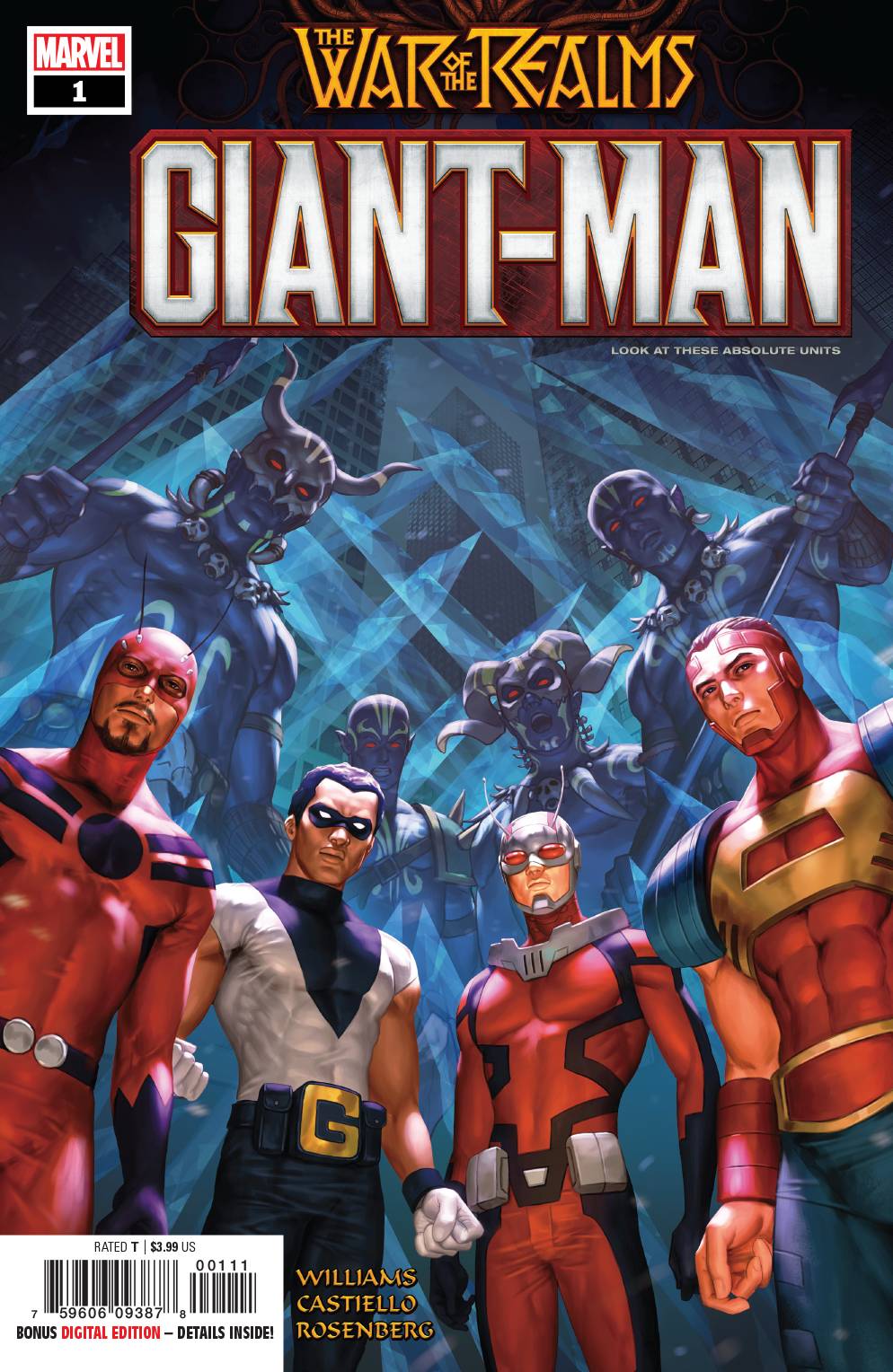 Next from Marvel is War of Realms Spider Man & the League of Realms #1 (of 3). WAR OF THE REALMS TIE-IN! In order to win the War of the Realms, we need a LEAGUE OF REALMS!Thor once led this team with one representive from each fantastical realm, but the League has a NEW leader and representative of Midgard- SPIDER-MAN!Spider-Man must Frodo-Up and lead this ragtag group of SCREWBEARD THE DWARF, UD THE TROLL, RO BLOODROOT THE WIZARD, SIR IVORY HONEYSHOT THE LIGHT ELF and TITANYA THE MOUNTAIN GIANT! But who will represent ASGARD?!And, as Spidey is a terrible leader, could this team possibly achieve ANYTHING?! 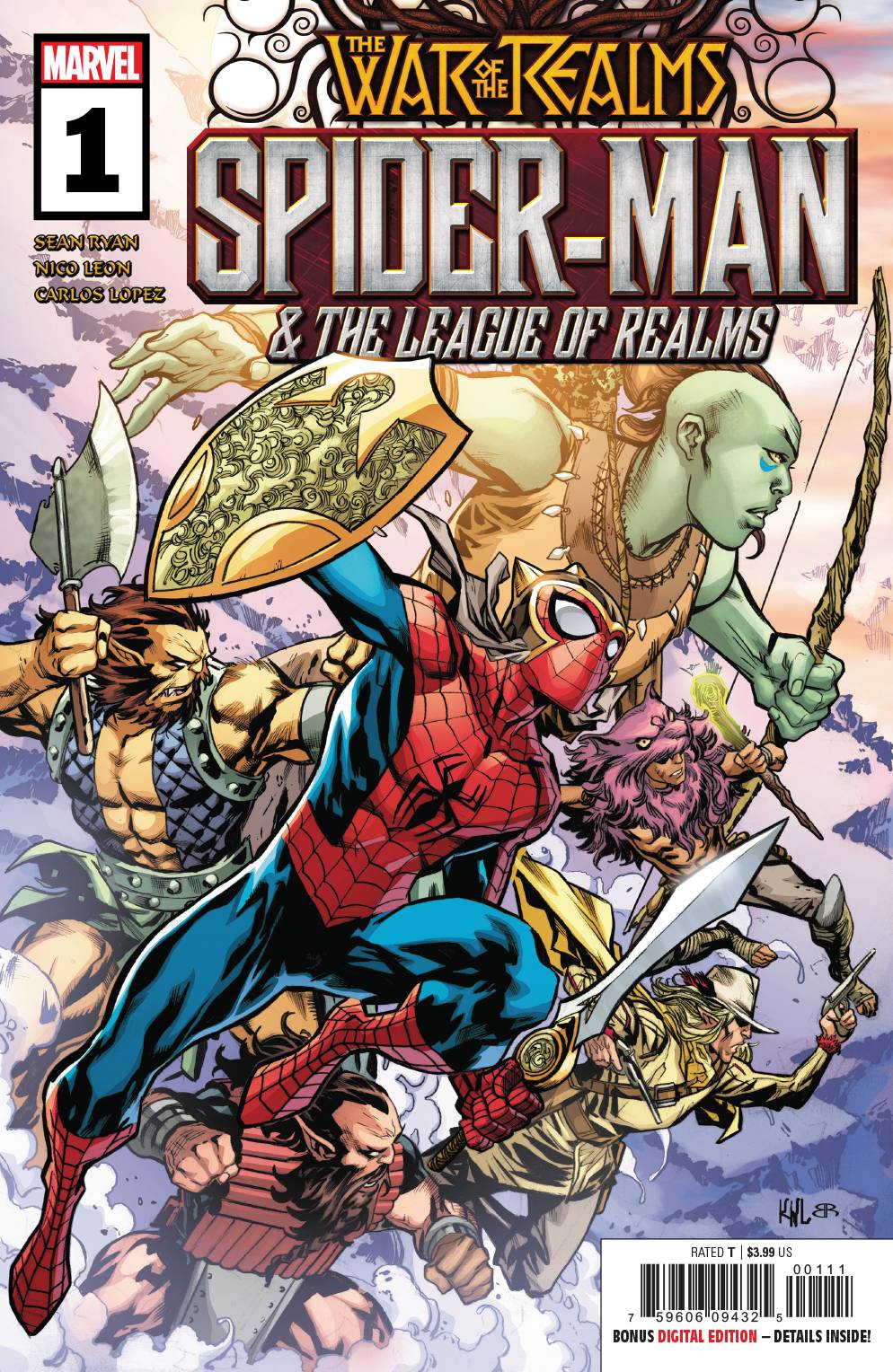 Lastly from Marvel is War of the Realms Strikeforce War Avengers #1 (one shot). CAPTAIN MARVEL AND HER WAR AVENGERS HOLD THE FRONTLINE!While two other Strikeforce teams head out to other realms, Captain Marvel leads the fight to reclaim the Earth! But even with a crew of heavy hitters (Weapon H, Captain Britain, Venom, Deadpool) and two of the best spies on the planet (the Winter Soldier and the Black Widow), Carol's fighting a losing game. Malekith's allies are without number - and the battlefield bigger than any Carol's commanded before. Time to lay it all out on the line - and fight for a miracle. 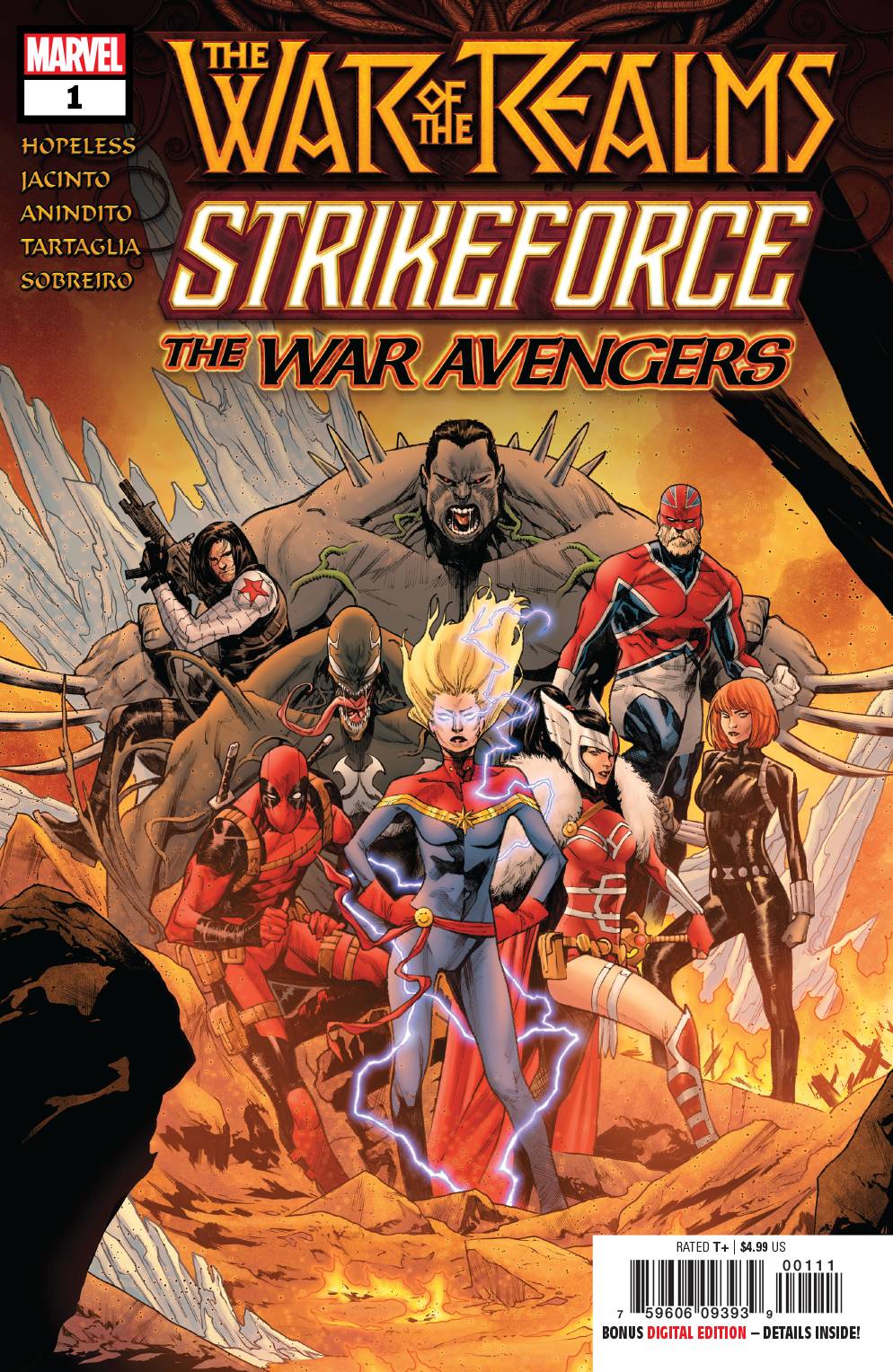 From Devils Due publishing this week comes an interesting one! Alexandria Ocasio Cortez & Freshmen Force Who Dis One-shot! It's Alexandria Ocasio-Cortez and the "Freshmen Force" (of Congress) vs. the establishment in this all-new special! Comic creators converge to celebrate the election of the most diverse group of freshman Representatives in history, and spare no-one in this satire that takes aim at Washington. From the house that brought you Barack the Barbarian! Featuring comics from various artists and bonus activities and games. 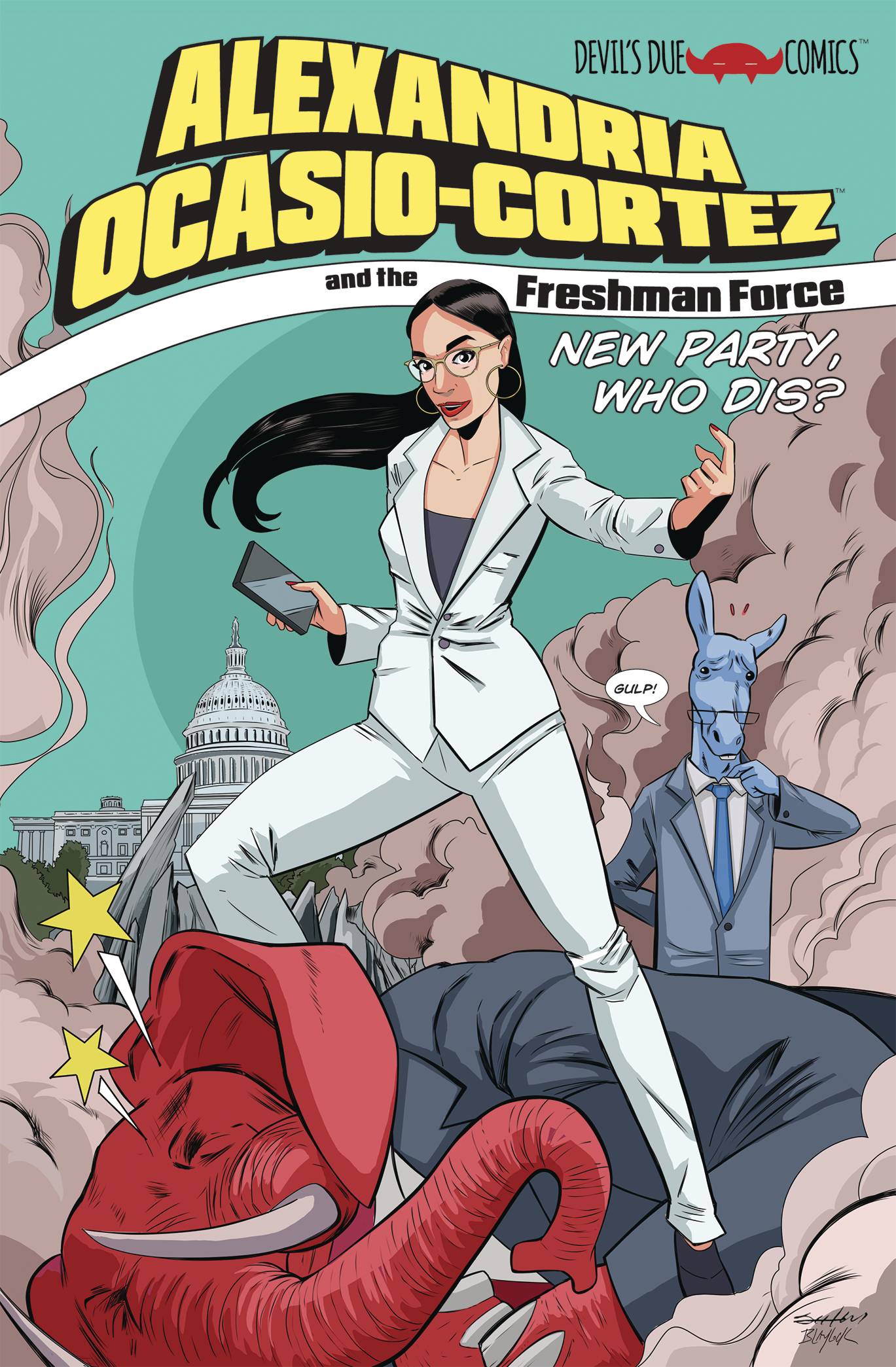 Tangled the Series Hair and Now #2

Guardians of the Galaxy #5

Life and Death of Toyo Harada #3

Planet of the Nerds #2