Hey Super Friends! Tomorrow is New Comic Book Day! We hope you all had an amazing Free Comic Book Day and got lots of cool goodies! With that being said, lets jump into the new books that are hitting shops tomorrow!

From DC this week, Batman and the Outsiders #1 hits racks! When the quest for justice drives Batman into some morally ambiguous areas, he calls in the most moral man he knows: Jefferson Pierce, a.k.a. Black Lightning, and his team of operatives known as the Outsiders!Several years ago Batman personally put the Barrera family into hiding after they suffered through terrible experiments at the hands of an organization called the Ark. Now all but one of them have turned up dead...and Batman needs to locate Sofia Barrera before the wrong people get their hands on her-and her surprising power! But it wouldn't be Batman without a hidden agenda, would it? And when Black Lightning, Katana, the Signal and Orphan find out what Batman is really up to, their every loyalty will be called into question. 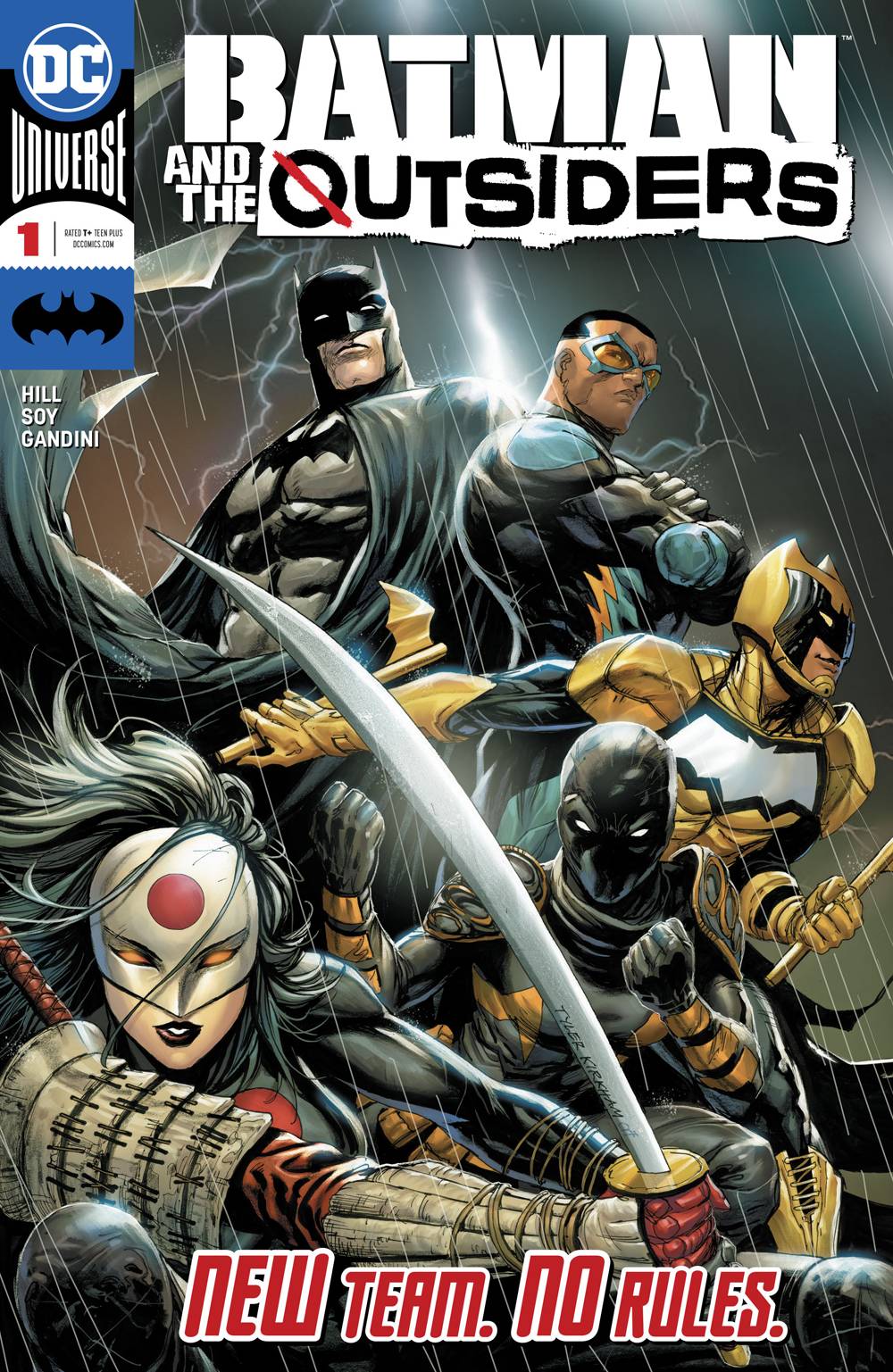 Next from DC this week is Flash #70! "The Flash Year One" starts here! Barry Allen feels helpless in his life in Central City. As a forensic scientist, he's always catching criminals after they've committed their crimes. All that changes one fateful night when Barry is struck by a bolt of lightning and doused in chemicals. When he wakes from a coma, he realizes he can run at incredible speeds. Can Barry master these powers and be the hero his city needs...or will the powers burn through him? 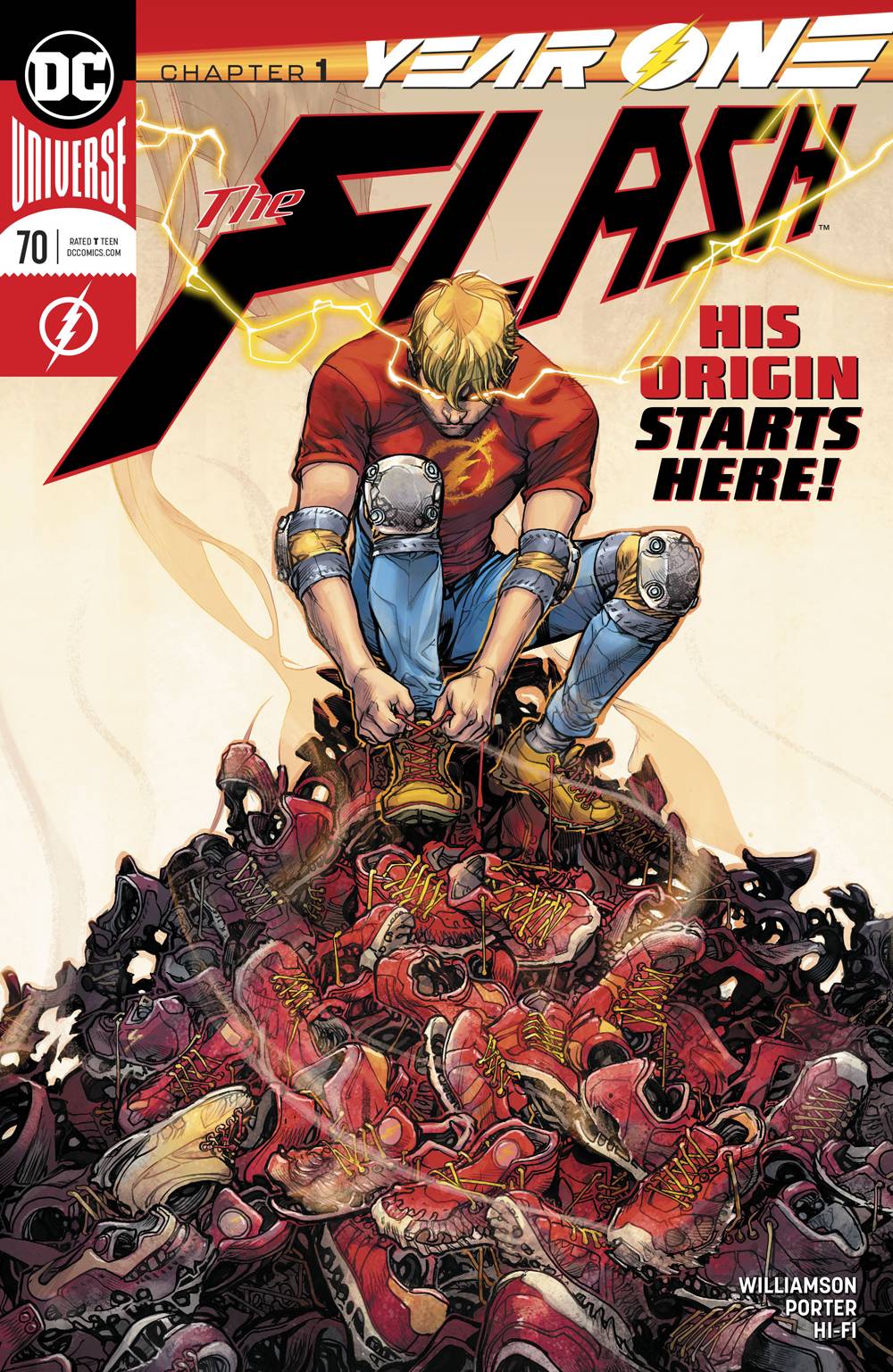 From Dynamite this week, Red Sonja & Vampirella meet Betty & Veronica #1 hits the racks! Mystery, murder, and mayhem descends on Riverdale as four of your favorite comic book women meet for the first time. A string of paranormal, unsolved murders leads the vampire hunter Vampirella and her sword-wielding barbarian partner Red Sonja to the small, sleepy town where things always seem to happen... There they discover Betty and Veronica, investigative reporters for the high school newspaper, also hot on the trail of the same killer. 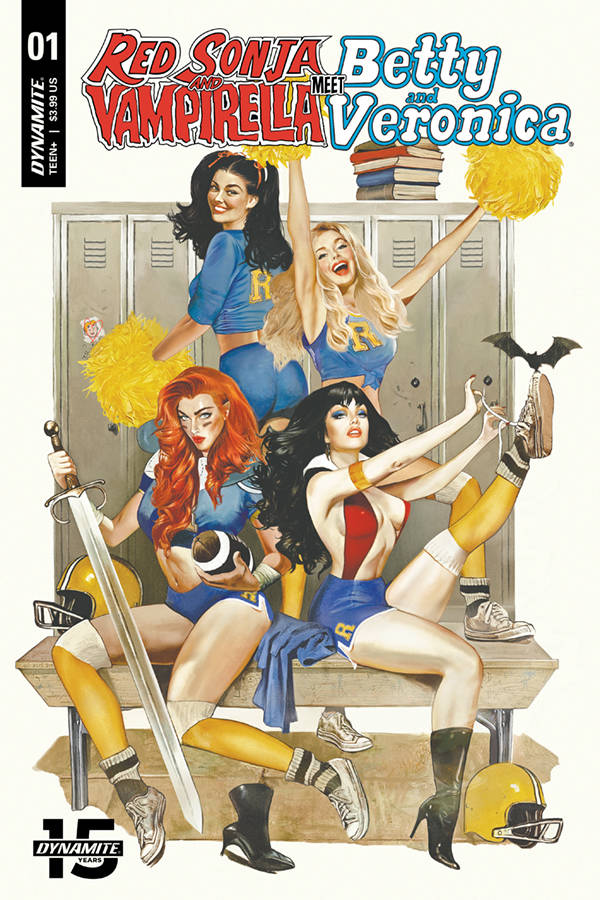 From IDW this week, Samurai Jack Lost Worlds #1 hits the rack! "Samurai Jack 2.0"! Under the leadership of the benevolent Samurai Jack, society has prospered-everything is in line with his philosophies, his storied stoicism, and of course his hair. Of course, this is all news to Jack who doesn't much care for this impostor using his name. But which one is the real Samurai Jack? A bold new miniseries from Paul Allor (Teenage Mutant Ninja Turtles Universe,Clue) and Adam Bryce Thomas (Sonic the Hedgehog)!A new Samurai Jack adventure in every issue! 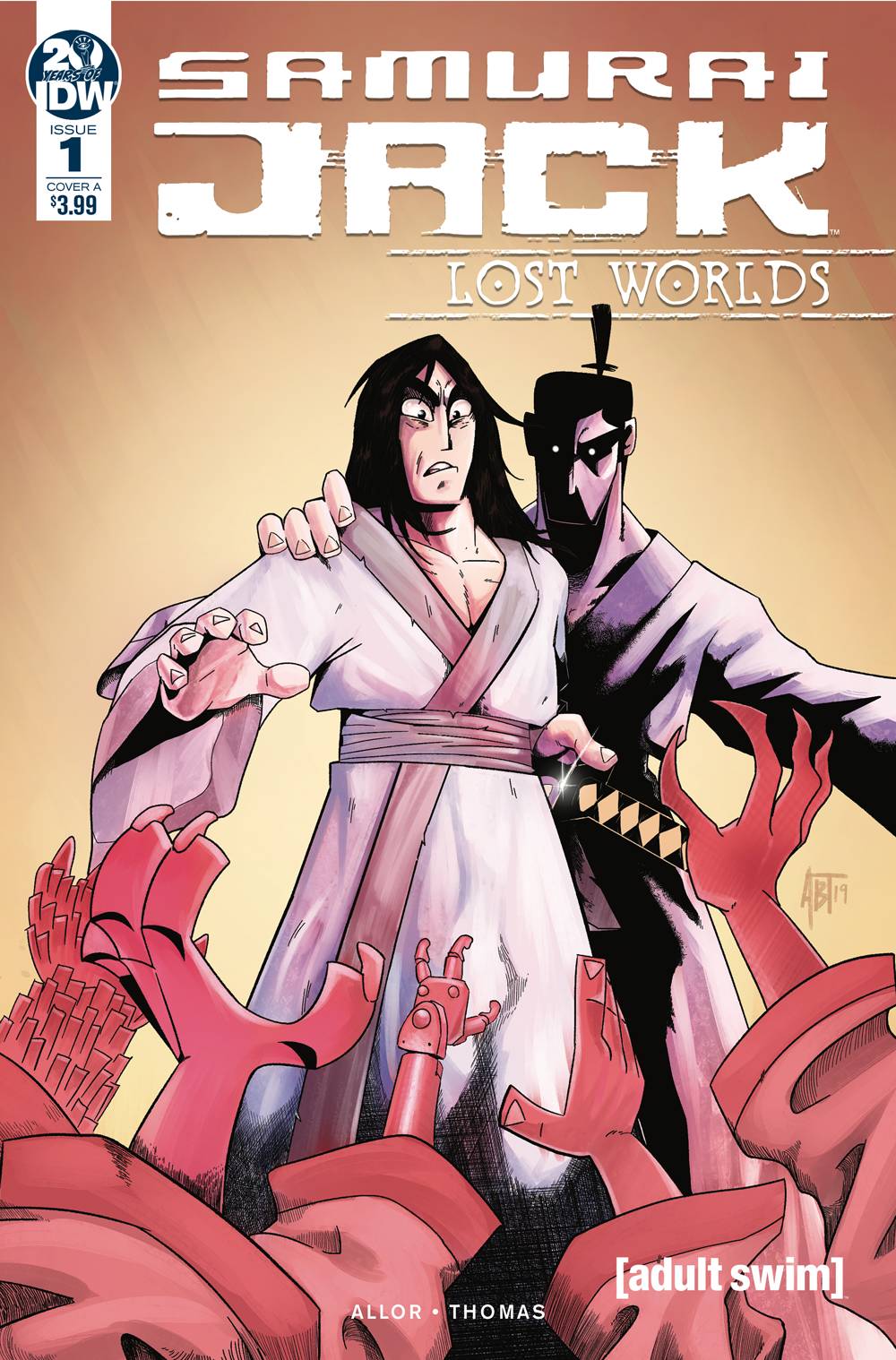 From Image this week, Excellence #1 hits the rack this week! Spencer Dales was born into a world of magic. His father belongs to the Aegis, a secret society of black magicians ordered by their unseen masters to better the lives of others-those with greater potential-but never themselves.Now it's time for Spencer to follow in his father's footsteps, but all he sees is a broken system in need of someone with the wand and the will to change it. But in this fight for a better future, who will stand beside him? KHARY RANDOLPH (We Are Robin, Noble, Black, TECH JACKET) and BRANDON THOMAS (HORIZON, The Many Adventures of Miranda Mercury, Noble, Voltron) ignite a generational war in this action-fantasy series, made entirely by creators of color, and committed to one truth above all others-Excellence is Real. 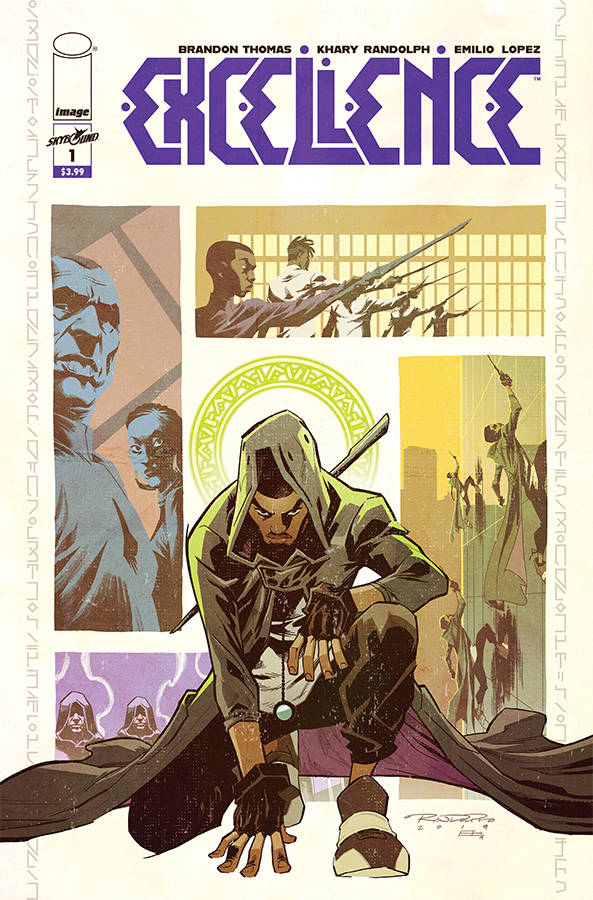 From Marvel this week, Star Wars Age of Rebellion Boba Fett #1! THE HUNTER'S HEART!As the implacable bounty hunter who tracked down HAN SOLO, BOBA FETT earned his reputation as one of the greatest villains in the galaxy. But what happens when Boba Fett picks up the trail of an actual villain? Find out what kind of heart - if any - beats under that MANDALORIAN armor! 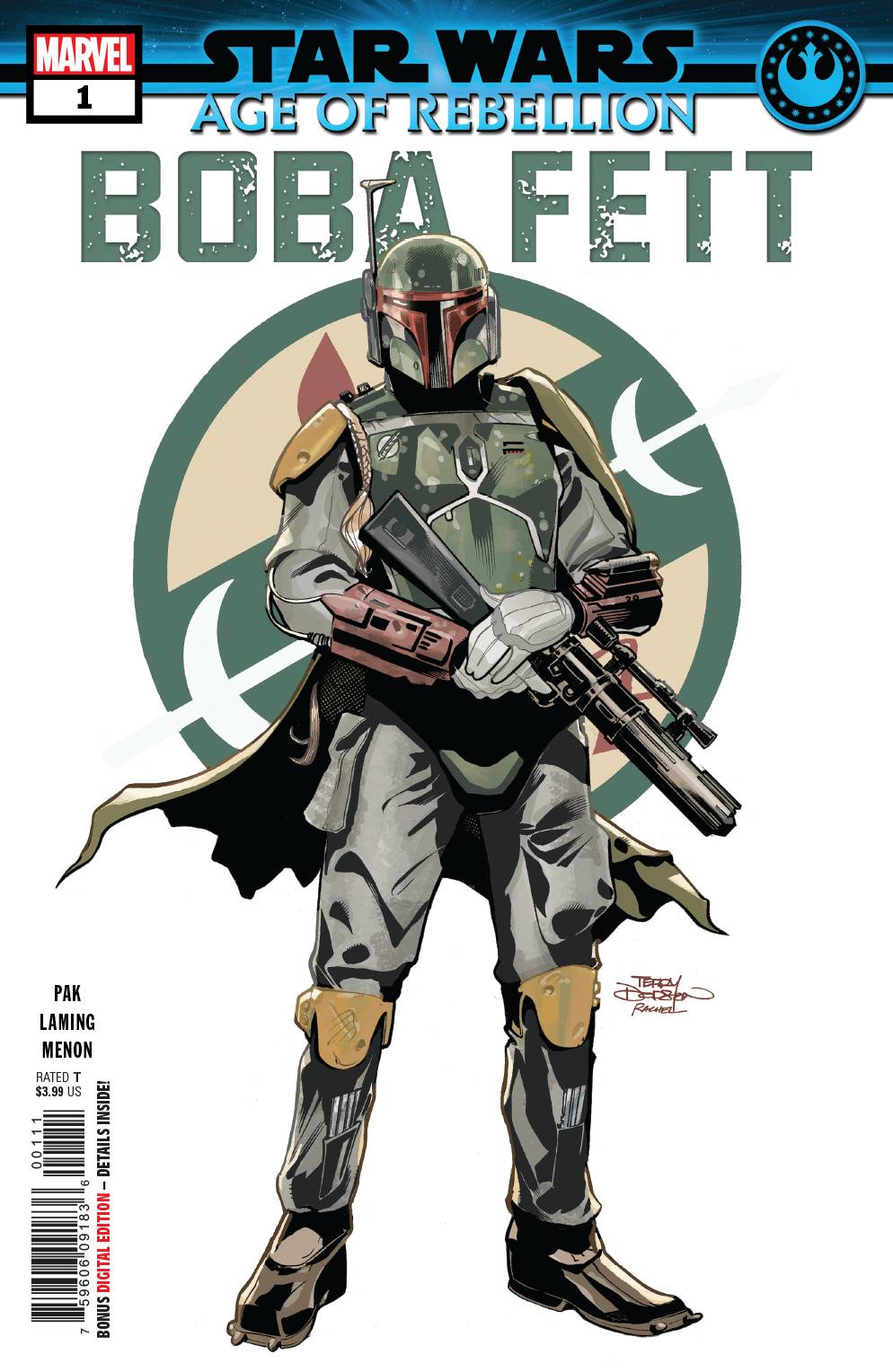 Next up from Marvel this week, War of the Realms gets another tie-in series with New Agents of Atlas #1 (of 4). FEATURING MARVEL'S NEWEST HEROES WAVE, AERO & SWORD MASTER!A "War of the Realms" tie-in series! As Sindr, Immortal Queen of Muspelheim, and her legions of Fire Demons march on Asia, it's time for a new band of heroes to unite to protect the Pacific Rim. Having brought together a ragtag team of heroes to defend the Earth from an alien invasion in the past, can Amadeus Cho reassemble his "protectors" -- Shang-Chi, Silk and Jimmy Woo to save the world from incineration? And where is Kamala Khan? And just who are Crescent, Io and Luna Snow??? Featuring Marvel's newest heroes from China, Aero and Sword Master, and a mysterious new Filipino heroine named WAVE! 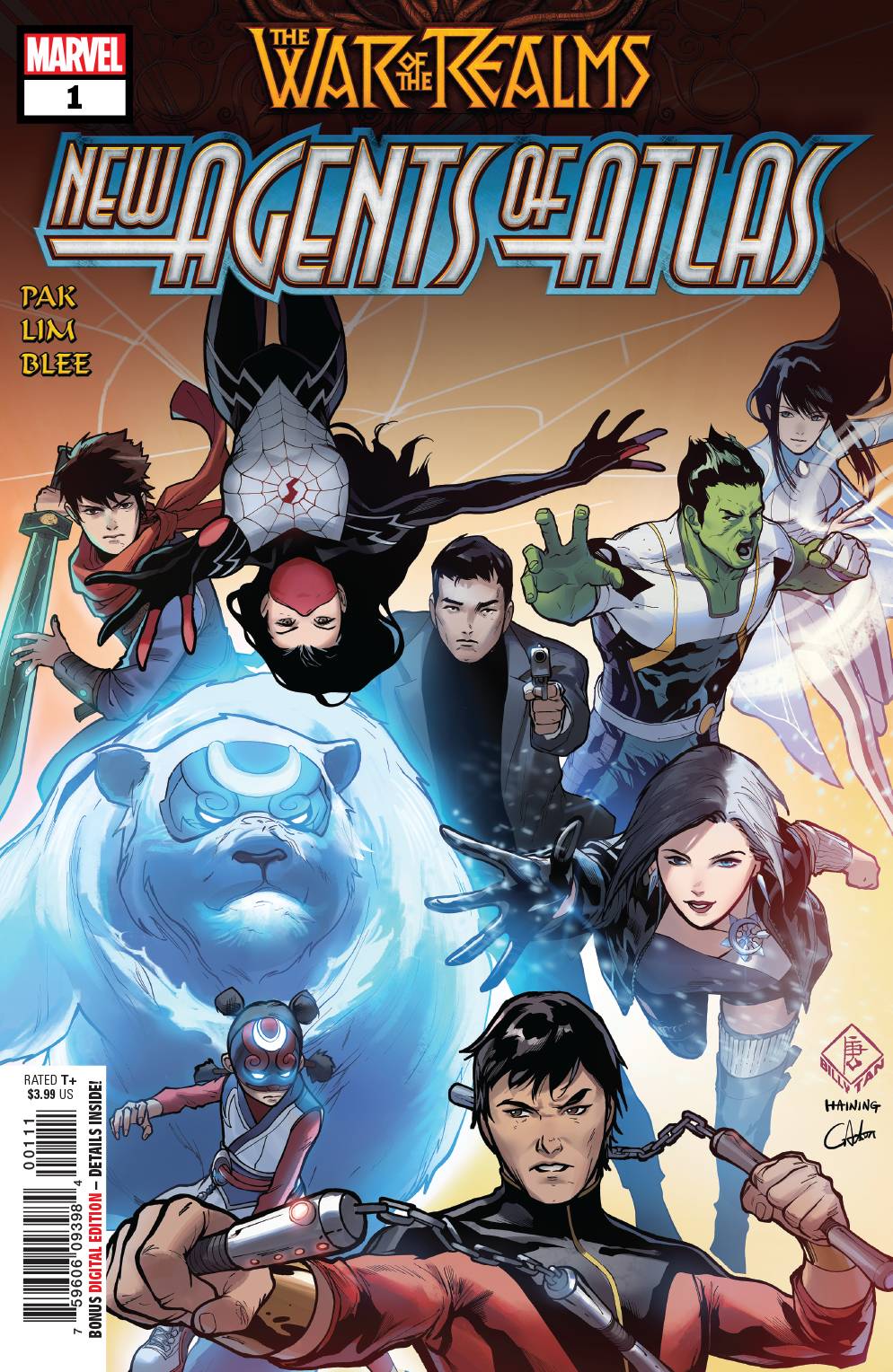 From Scout Comics this week comes Metalshark Bro #1! The next entry in the new BINGE! Imprint where Scout releases a World Premiere issue followed by the entire story a few months later in one volume. What the Fin is a Metalshark Bro? Well, here's the liner notes summary: a traditional shark stumbles upon Satan's nephew and is forcibly given anthropomorphic qualities. With his newfound human physique and propensity for violence, he's tasked with collecting the souls of those that have sworn allegiance to Satan. The only problem? He just wants to be a normal shark again! Naturally, he swears bloody vengeance and, uh, a whole lot of death ensues! Metalshark Bro! is perfect for fans of Aqua Teen Hunger Force, Tenacious D, and Rick and Morty. 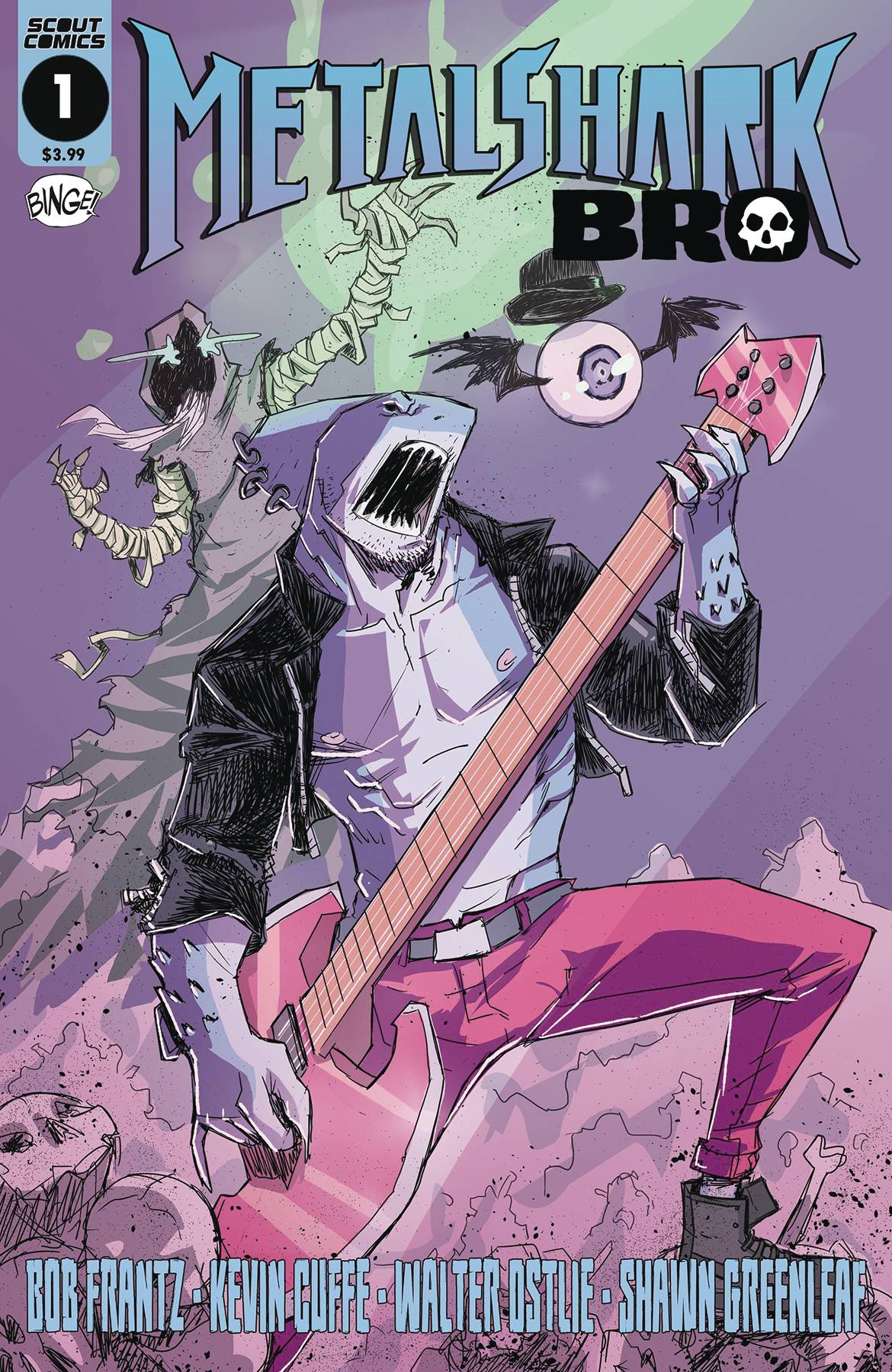 She Could Fly Lost Pilot #2

Batman and the Outsiders #1

War of Realms Journey Into Mystery #2

It Came Out on a Wednesday #6