Happy New Comic Eve! It is August and man there are a bunch of good books coming out tomorrow! Lets dive right in and get to it!

From Dark Horse this week comes Berserker Unbound #1 (of 4). A merciless sword and sorcery warrior finds himself blasted through a wormhole to a modern-day metropolis where he must protect those around him from an evil wizard determined to send him to hell. From the Eisner Award-winning team of Jeff Lemire, Mike Deodato Jr., and Frank Martin comes this urban warrior fantasy series! 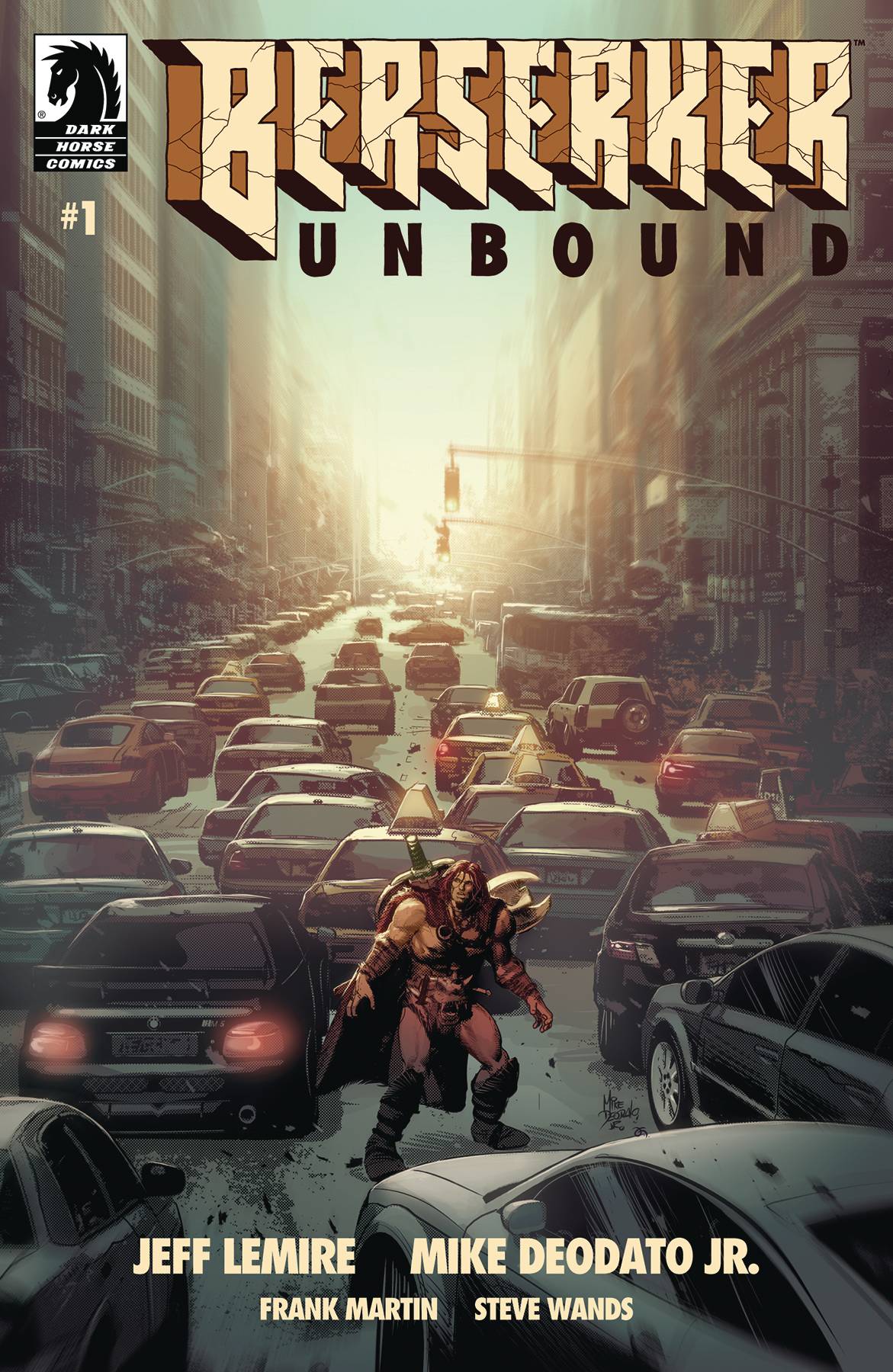 Also from Dark Horse this week is the new original Neil Gaiman book, Snow, Glass, Apples!A chilling fantasy retelling of the Snow White fairy tale by New York Times bestselling creators Neil Gaiman and Colleen Doran! A not-so-evil queen is terrified of her monstrous stepdaughter and determined to repel this creature and save her kingdom from a world where happy endings aren't so happily ever after. From the Hugo, Bram Stoker, Locus, World Fantasy and Nebula Award-winning, and New York Times bestselling writer Neil Gaiman (American Gods) comes this graphic novel adaptation by Colleen Doran (Troll Bridge)! 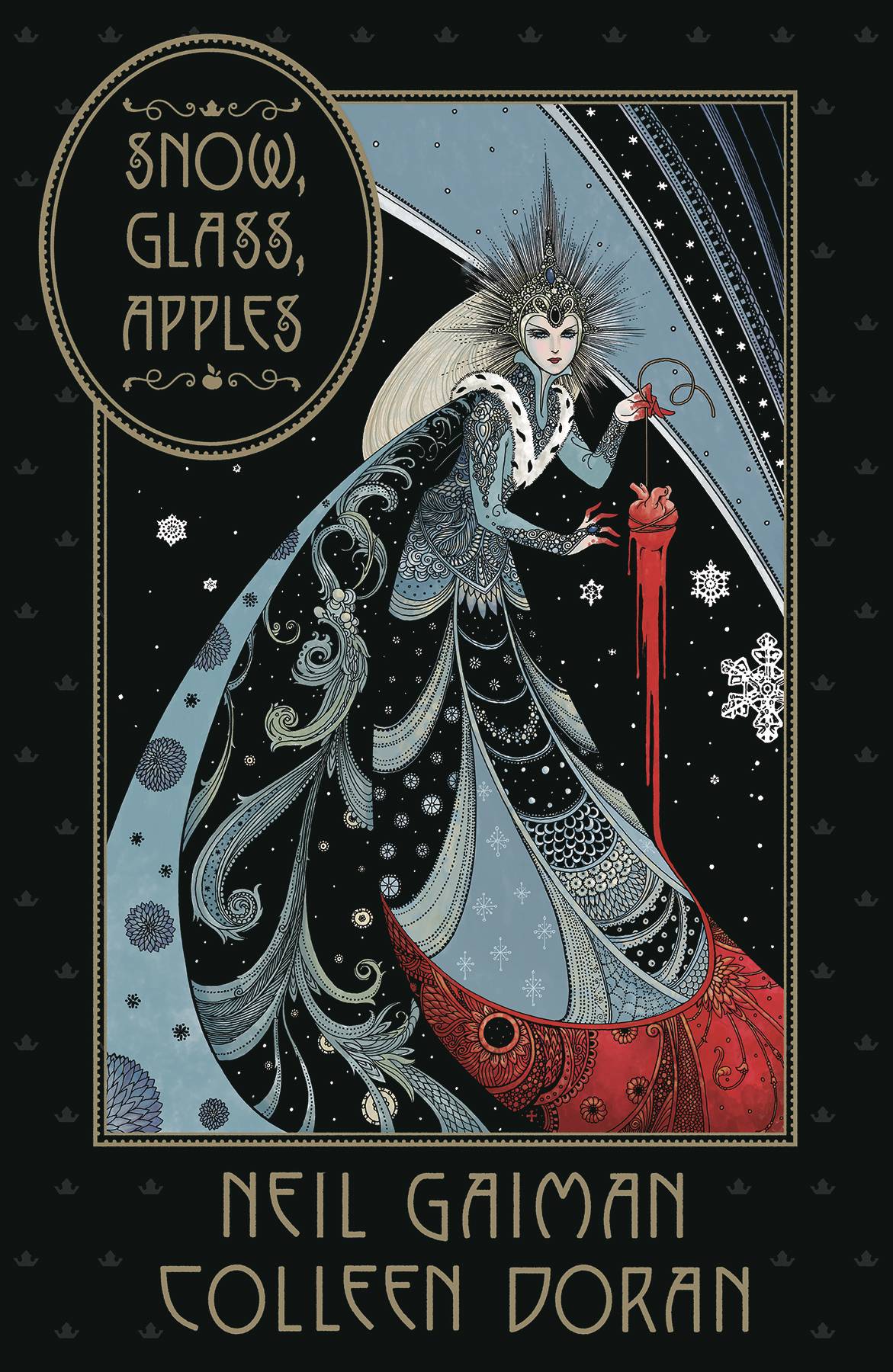 From DC this week, DCeased #4 hits the rack! The Daily Planet has become a beacon of hope for the living as the Anti-Life Equation sweeps the planet. What's left of the Justice League have begun to gather there, bringing survivors and family alike. But the city is being overrun with infected humans...and superhumans! The war for Metropolis begins! 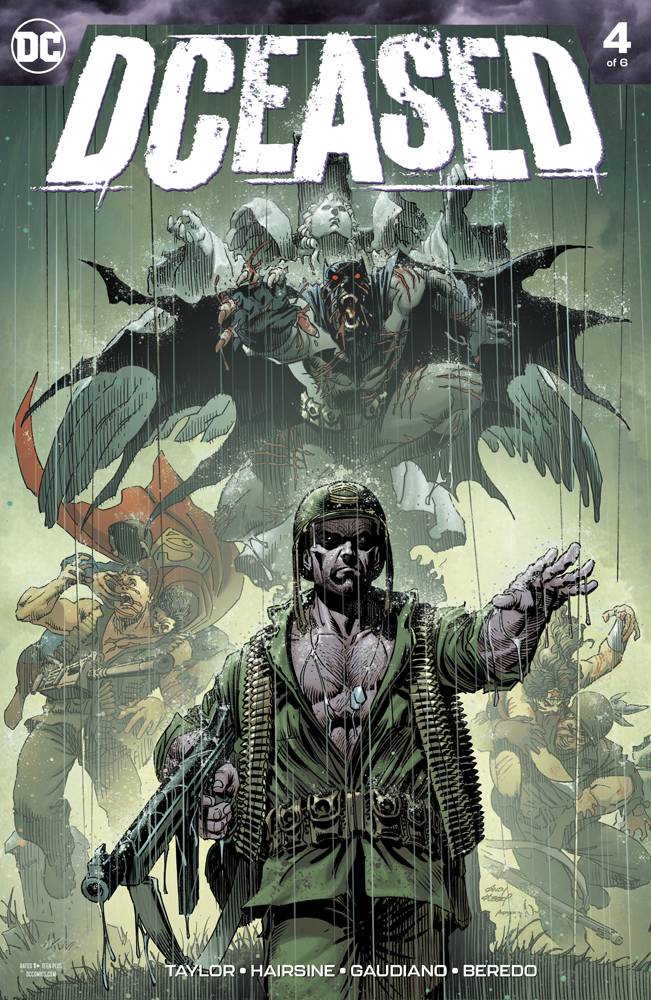 Lois Lane #2 hits the rack from DC as well! Famed writer and reporter Lois Lane never worries about speaking truth to power-so what's she hiding from the most powerful man on the planet (and her husband), Superman? Investigating a widening international conspiracy, Lois puts herself in the crosshairs with backup from an unlikely new ally from the streets of Gotham City. 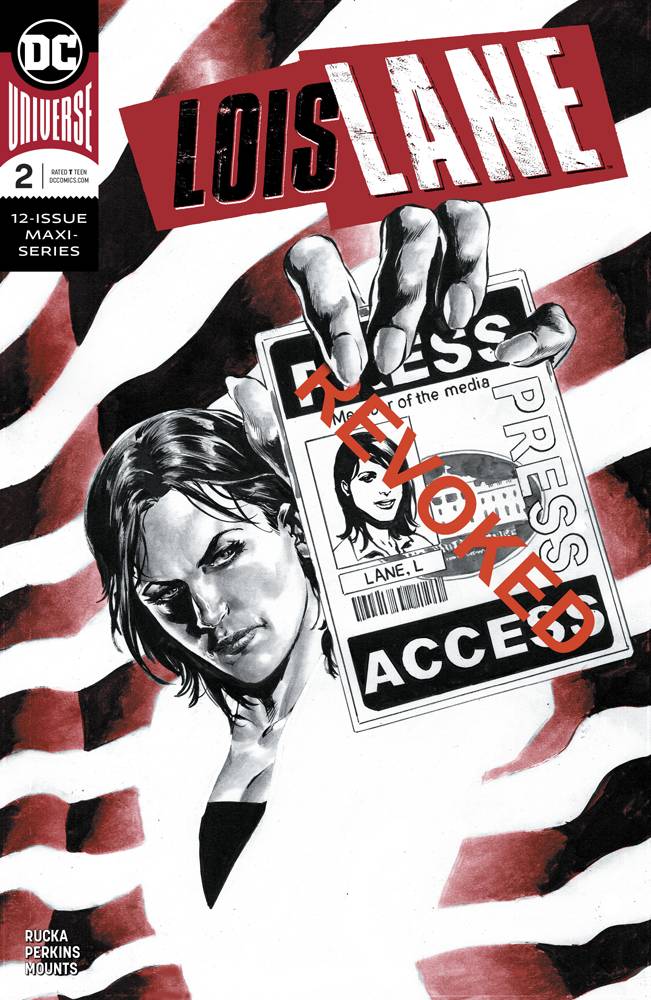 Finally from DC this week, Sinestro Year of the Villain #1 (one shot) hits the racks. As the universe tilts towards doom, great forces awake in an effort to stop Lex Luthor's mad plans. Dispatching Sinestro, Luthor sends the former Green Lantern to bring these old gods under control or destroy them before they reach Earth. Now, wielding the power of the ultraviolet spectrum, Sinestro finds his new foes even more dangerous and perplexing than he expected, when realizes any damage he inflicts is immediately repaired. 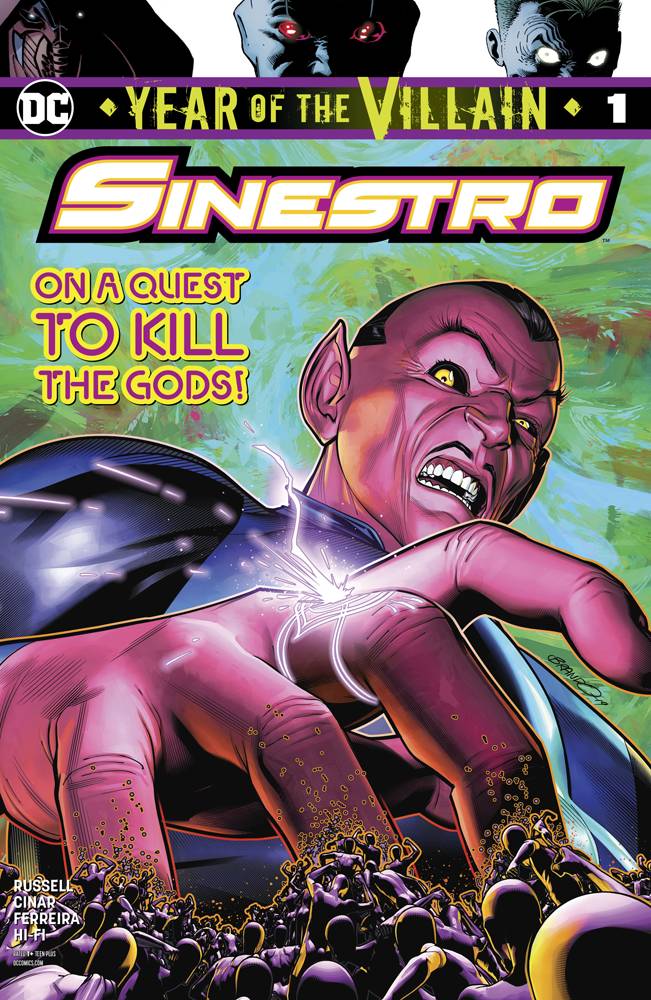 From Image this week, Coffin Bound #1 hits the rack! Cars! Guns! Entropy! Chased by an unstoppable killer, Izzy Tyburn has decided that if the world won't have her in it, it can have nothing of her at all. She's re-treading her life, leaving nothing but burned rubber, ash, and the sun-scorched bones of those who get in her way. Join writer DAN WATTERS (Sandman Universe: Lucifer, LIMBO), artist DANI (2000AD, Girl with No Name), and colorist BRAD SIMPSON (JESUSFREAK, MCMLXXV) on a road trip through a blood-splattered life. 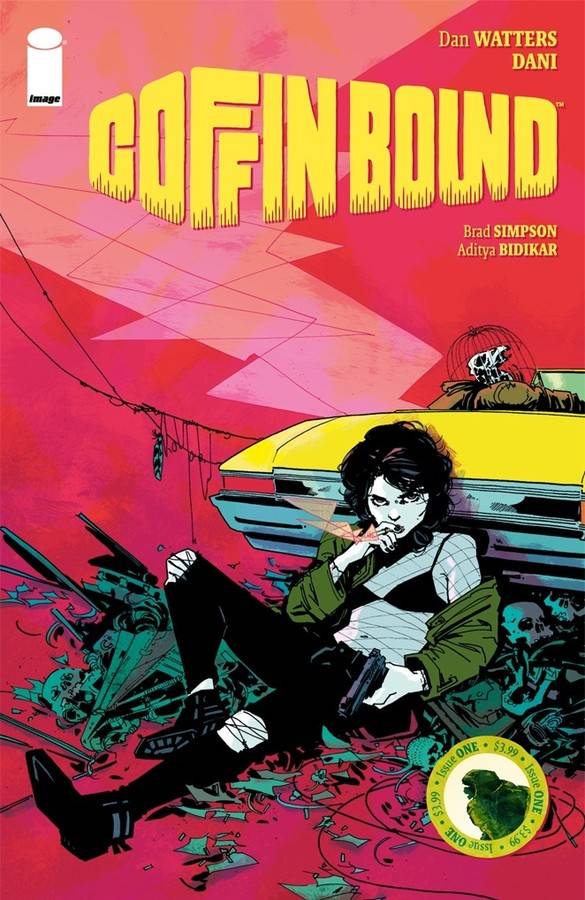 Next up from Image is Die #6! NEW STORY ARC! "SPLIT THE PARTY," Part One: Forget escaping Die-half of our heroes can't even escape the remains of shattered Glass Town. Is there any way out? Of course there is. It's just whether or not you can pay the price. Jump aboard the commercial smash series here! 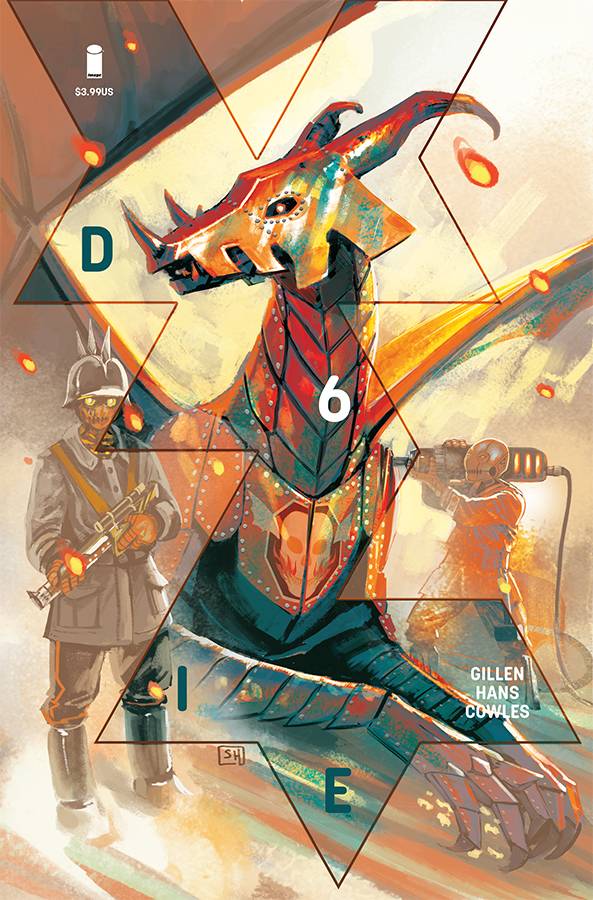 From Marvel this week, its finally here! Absolute Carnage #1! After turning Venom's world upside down a year ago, DONNY CATES and RYAN STEGMAN are about to put the Sinister Symbiote through hell again, only this time CARNAGE has come calling, and everyone who's ever worn a symbiote is dead in his sights! He's skirted the periphery of the Marvel Universe for months, but Cletus Kasady at last stands poised to make his grand return to New York in a blistering 60-PAGE story... and he wants to paint the town red! 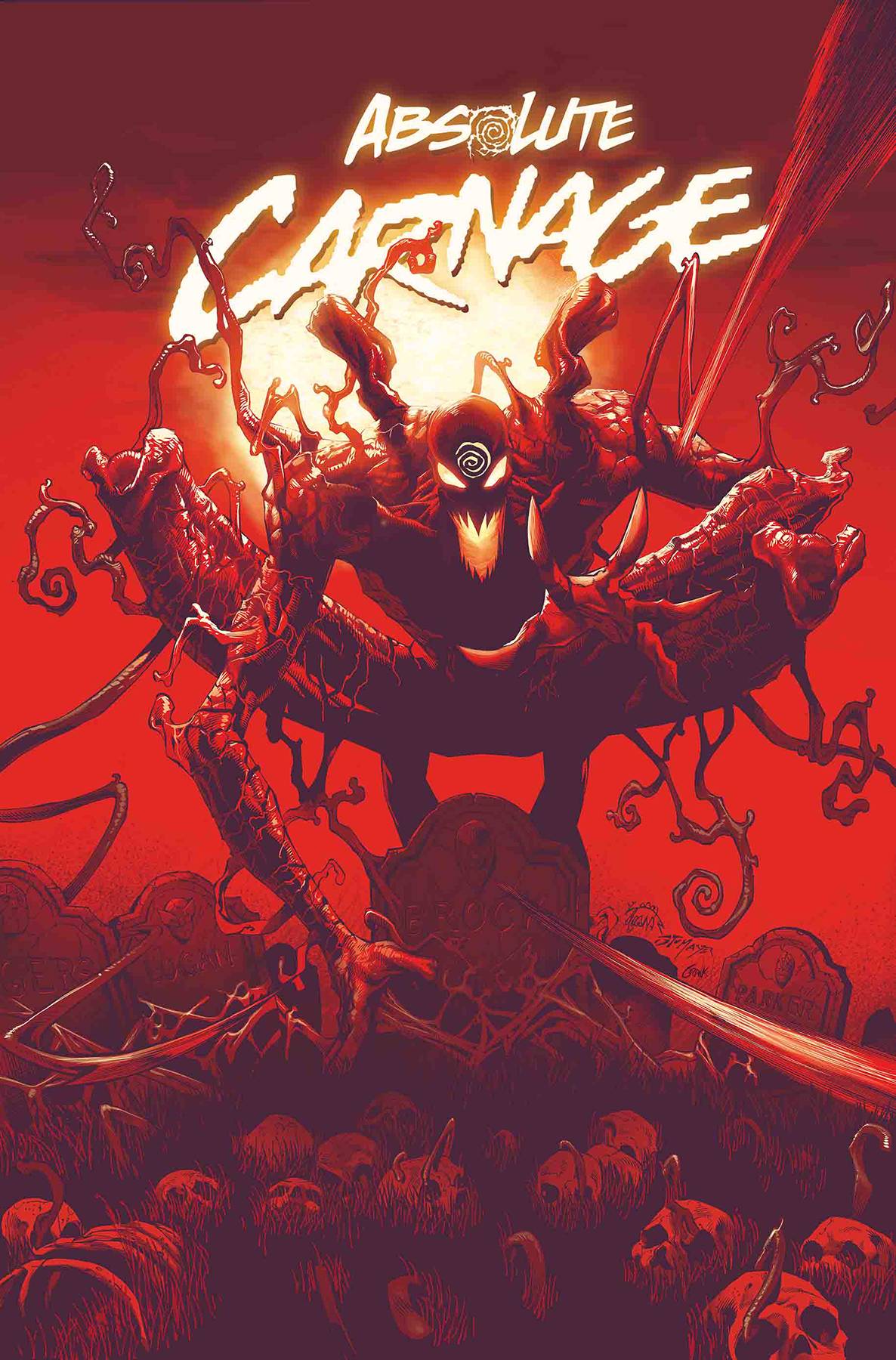 Next from Marvel is Agents of Atlas #1 (of 5). By popular demand, ATLAS debut in their own series as AMADEUS CHO, SILK, SHANG-CHI, WAVE, JIMMY WOO and all your favorites defend the cross-Asian portal city of Pan against the science-magic threat of one of Marvel's classic villains! Classic science-magic super hero fun combined with young and old heroes from multiple lands clashing with one another, fighting monsters and maybe saving the world along the way! And who is ISAAC IKEDA, the Protector of Pan? PLUS: Where are the original AGENTS OF ATLAS? Namora, M-11, Gorilla Man and Marvel Boy in an all-new top-secret mission! 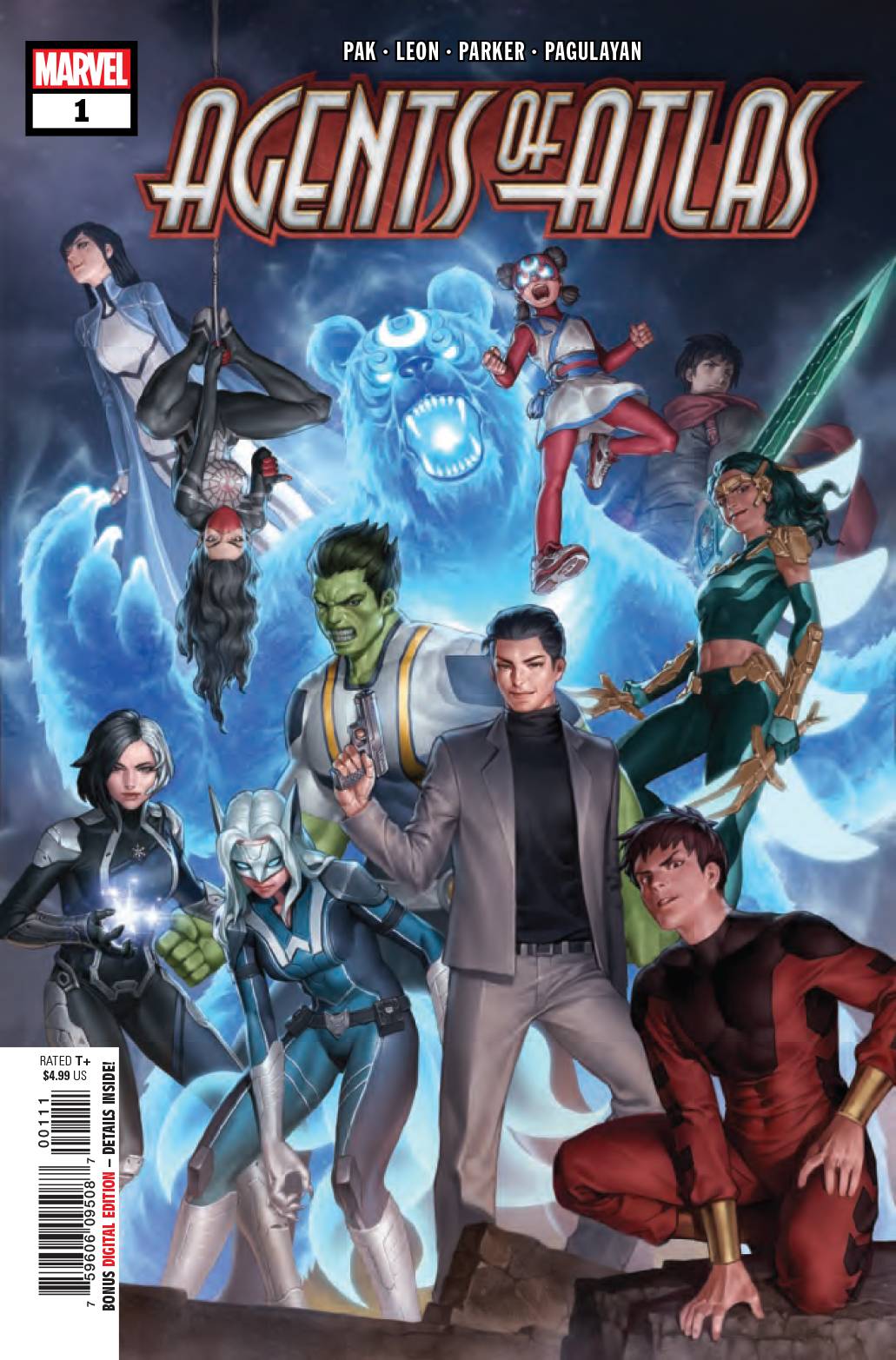 Future Foundation #1 flies onto shelves this week from Marvel! When the Richards family is called back to Earth to be the Fantastic Four again, they left behind the Future Foundation - a think tank of the most brilliant young minds in the universe - with one mission: to find the pieces of and rebuild their friend Molecule Man. But that's proved harder than imagined as this crew of young geniuses, Atlanteans, Mutants, Moloids and androids have run into every problem in the Multiverse. Now, with the leadership of Alex and Julie Power and a little extra firepower from guest professor Yondu Udonta, the team will undergo their most dangerous mission yet - a PRISON BREAK! Jeremy Whitley (UNSTOPPABLE WASP) and Will Robson (GREAT LAKES AVENGERS; Spawn) take the Future Foundation on a heart-pounding journey across time and space! 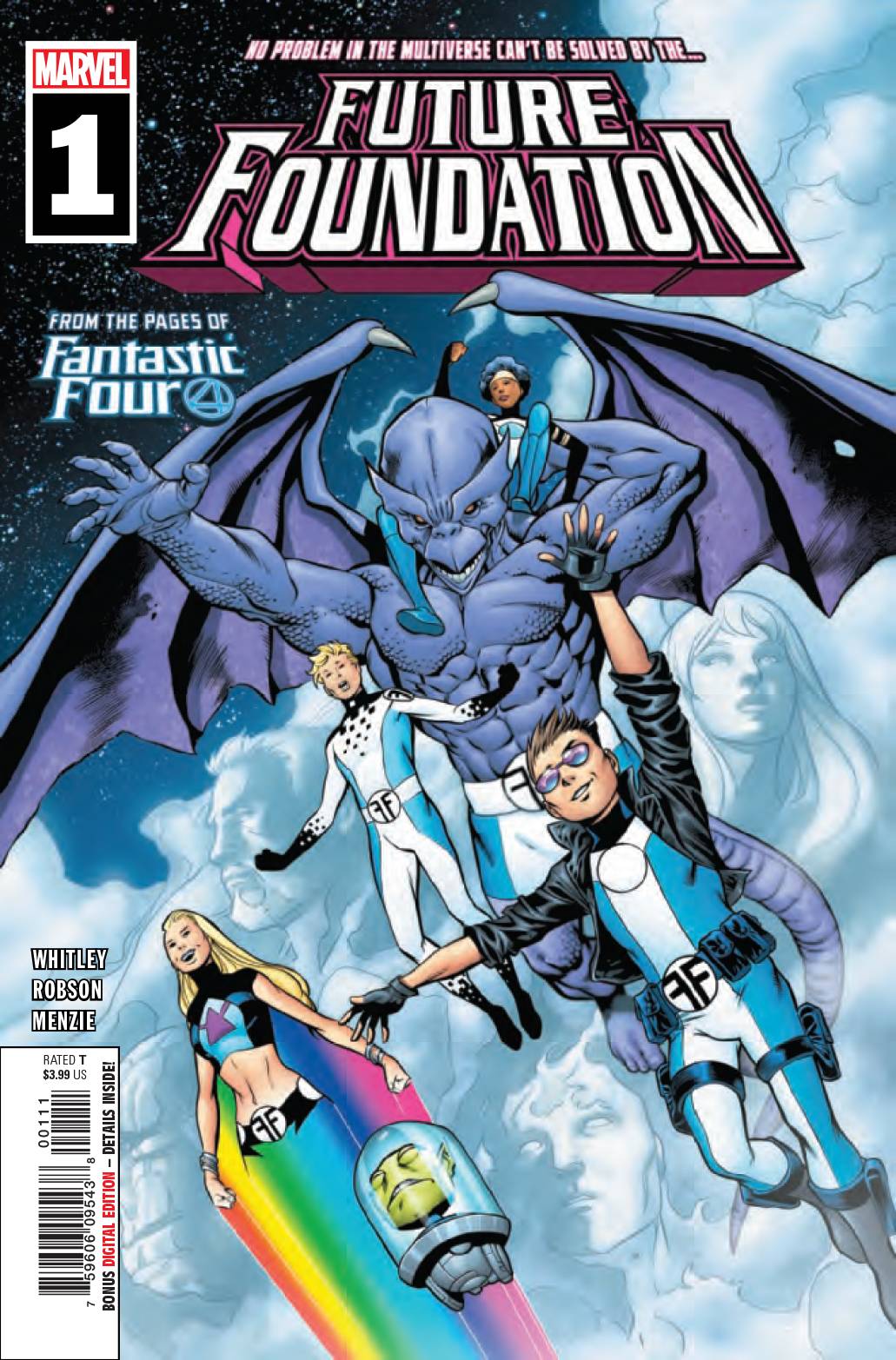 Next from Marvel this week comes Major X #0! Re-presenting the classic Wolverine (1988) #154-155 with an all-new Major X frame short story written & drawn by Rob Liefeld!Deadpool accepts a hit from a mysterious group of overzealous techies called the Watchtower. His intended target? Wolverine! There's a bounty on Logan's head, and Deadpool plans to collect! But will the Watchtower prove too morally questionable for even the Merc? The beginnings of the hit Major X series can be found in these classic stories! 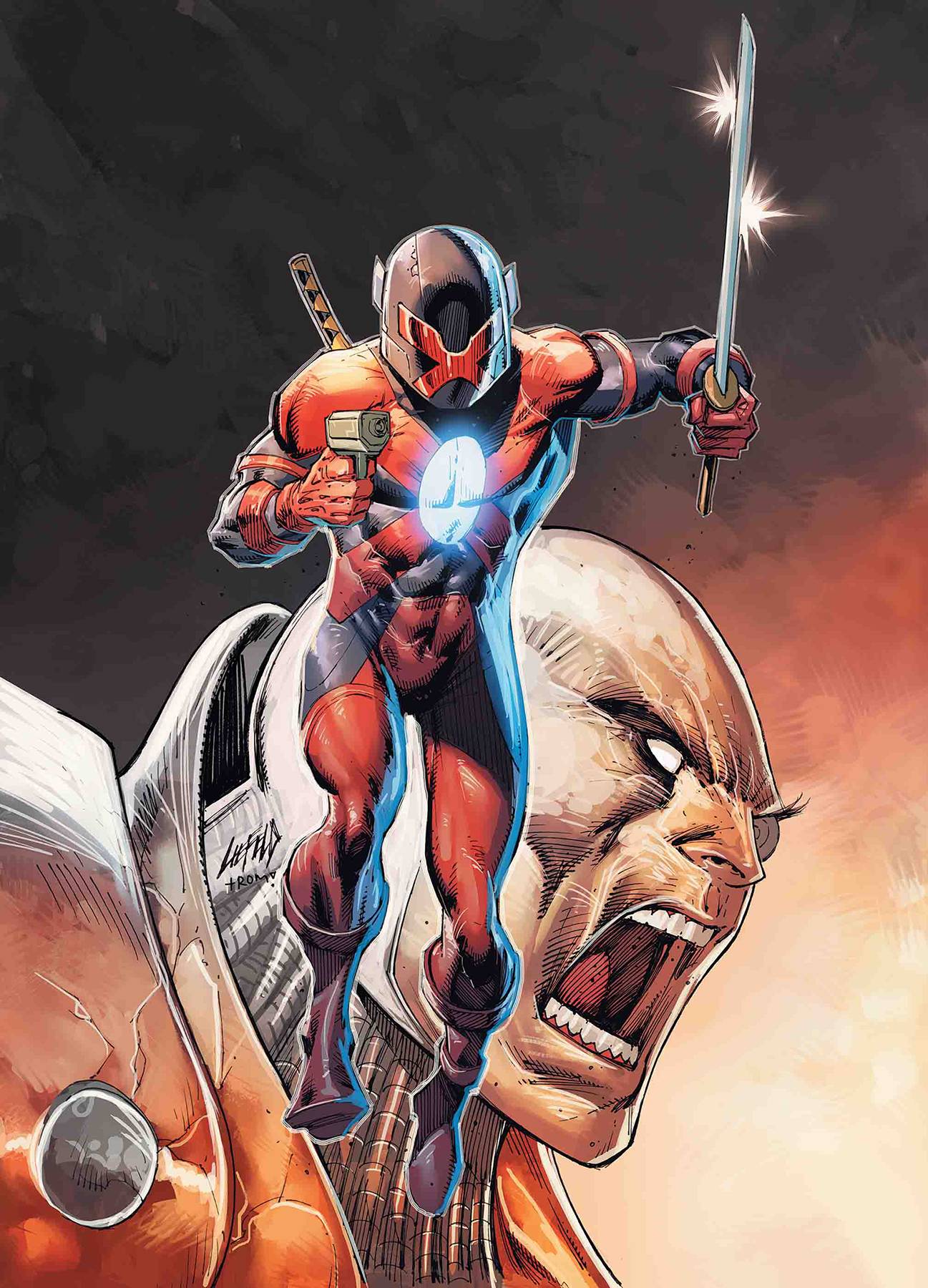 Finally from Marvel this week is Sensational Spider Man Self Improvement #1 (one-shot). In honor of Marvel's 80th Anniversary, we've uncovered a hidden gem! Fan Randy Scheuller submitted an idea of Spider-Man donning a black suit before SECRET WARS, but his story was never printed. So we tasked SPIDER-MAN legends PETER DAVID and RICK LEONARDI with bringing it into the light!Then read a story by two of the creators who told the first printed stories of the black costume, TOM DEFALCO and RON FRENZ! 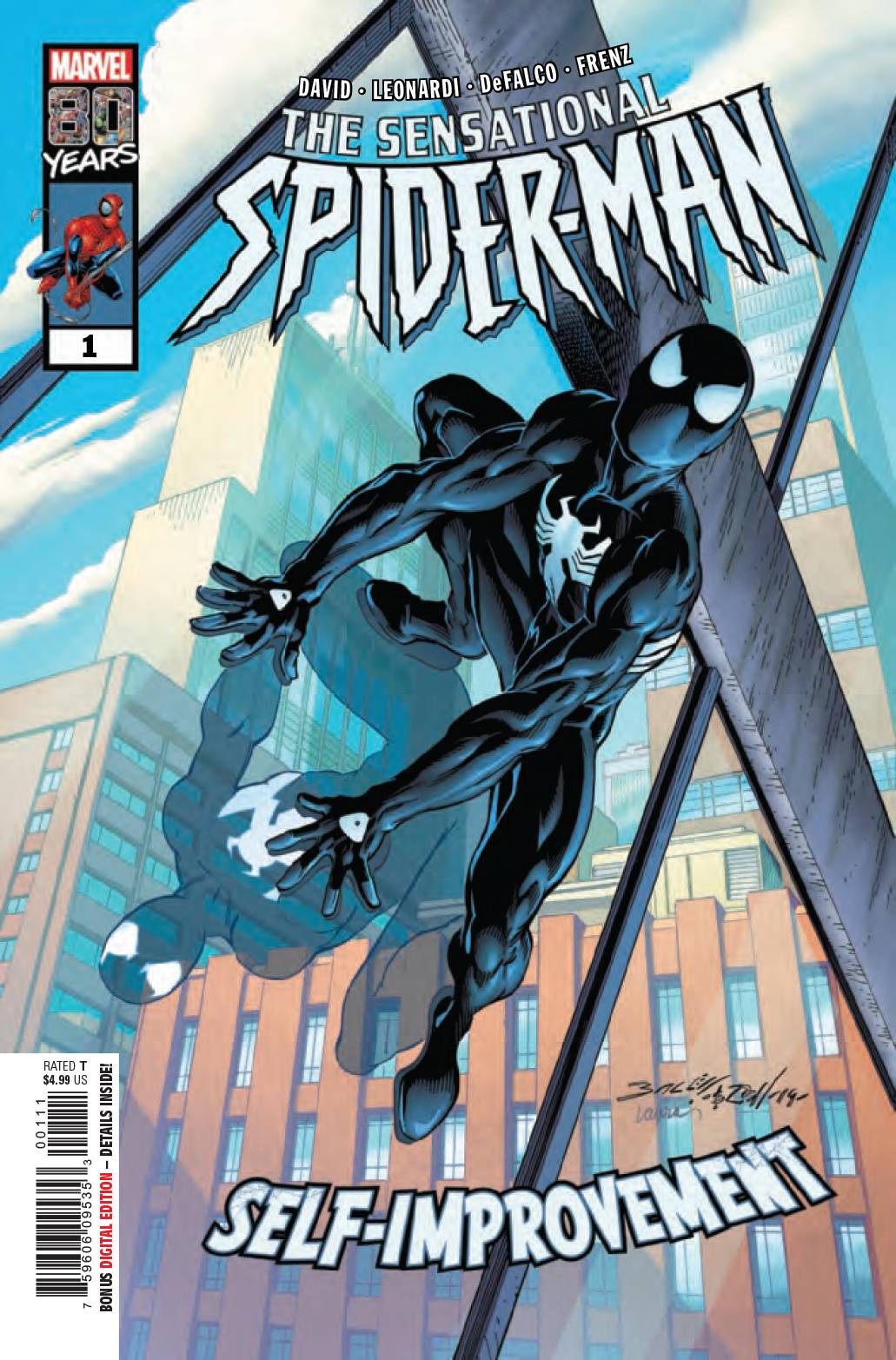 Over the Garden Wall Soulful Symphonies #1

Doom Patrol Weight of the Worlds #2

Sinestro Year of the Villain #1

Superman Up in the Sky #2

Elvira Mistress of the Dark #8

My Little Pony Feats of Friendship #1