From Boom! Studios this week, its finally here! Once & Future #1 hit the racks tomorrow! When a group of Nationalists use an ancient artifact to bring a villain from Arthurian myth back from the dead to gain power, ex-monster hunter Bridgette McGuire escapes her retirement home and pulls her unsuspecting grandson Duncan, a museum curator, into a world of magic and mysticism to defeat a legendary threat. 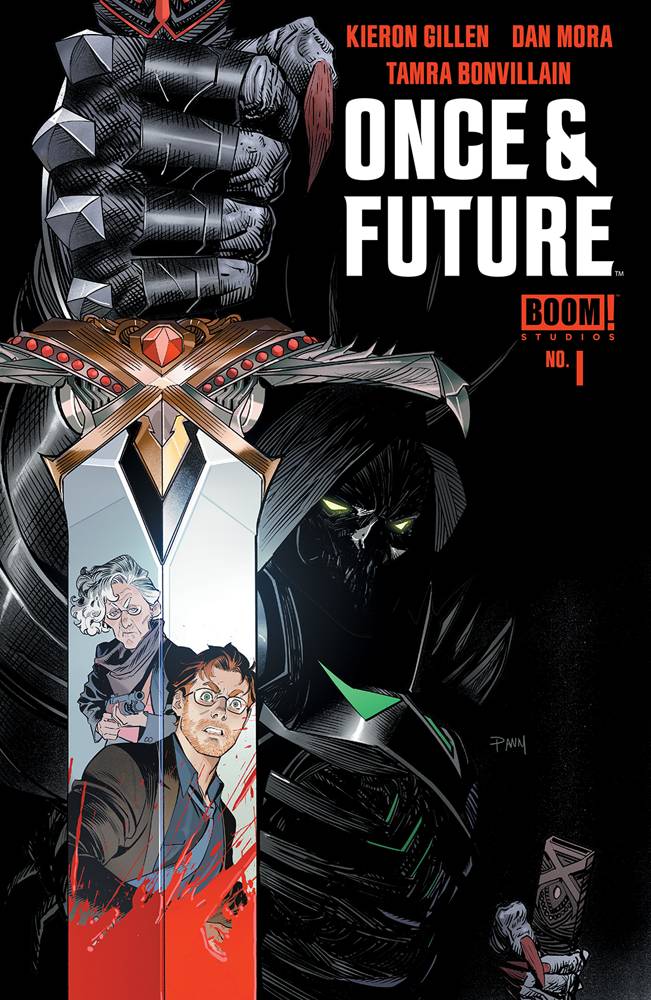 From DC this week, Catwoman #14 hits the racks with a variant from none other than the incomparable ArtGerm! A secret file out-lining the ins and outs of the criminal underworld of Villa Hermosa is on the streets, and every crook is after it. Whoever possesses this info can control everything, and some of the town's hoods are even bringing in outside agents like Lock-Up and Gentleman Ghost to act as their champions-which, let's face it, you're going to need if you're going to try to outsmart Catwoman. Making things even more dangerous for Selina Kyle, there is also a price on her head. If you can capture the database and kill the Catwoman, the payoff is double! 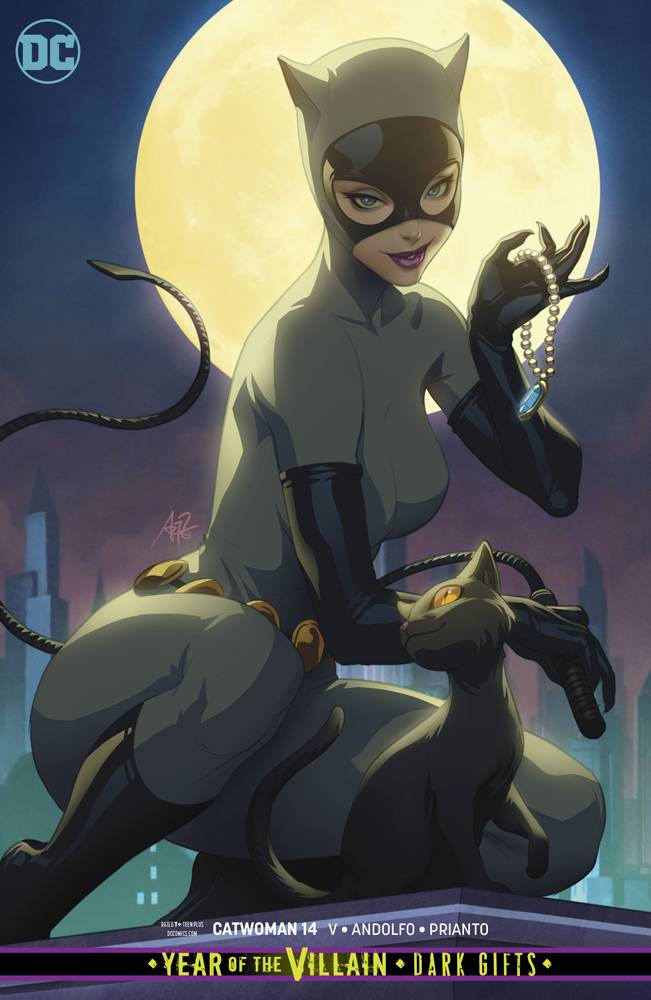 Next up from DC this week is Detective Comics #1009! "Take Your Shot" begins! Deadshot has returned to Gotham City following a long stint with the Suicide Squad, and Batman fears that without the oversight of AmandaWaller, Floyd Lawton will go back to his old ways. Meanwhile, after taking Lex Luthor's offer, Mr. Freeze begins taking action to get exactly what he wants and killing anyone who stands in his way. 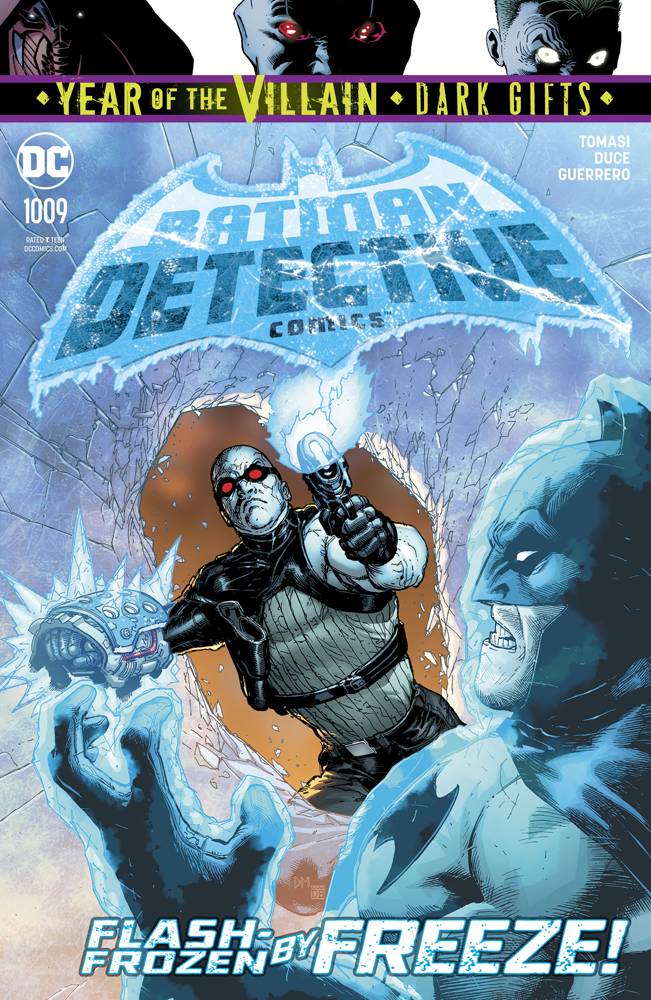 Next from DC this week is Flash #76! "Death of the Speed Force" begins! With renewed resolve following the events of "The Flash Year One," the Flash is back with a new mission, a new outlook and a brand-new speedster HQ. But the Fastest Man Alive is slowing down-and there's only one explanation: the Speed Force is dying. Plus, the Year of the Villain heats up as Captain Cold uses Lex Luthor's offer to boost Heat Wave to the next level! 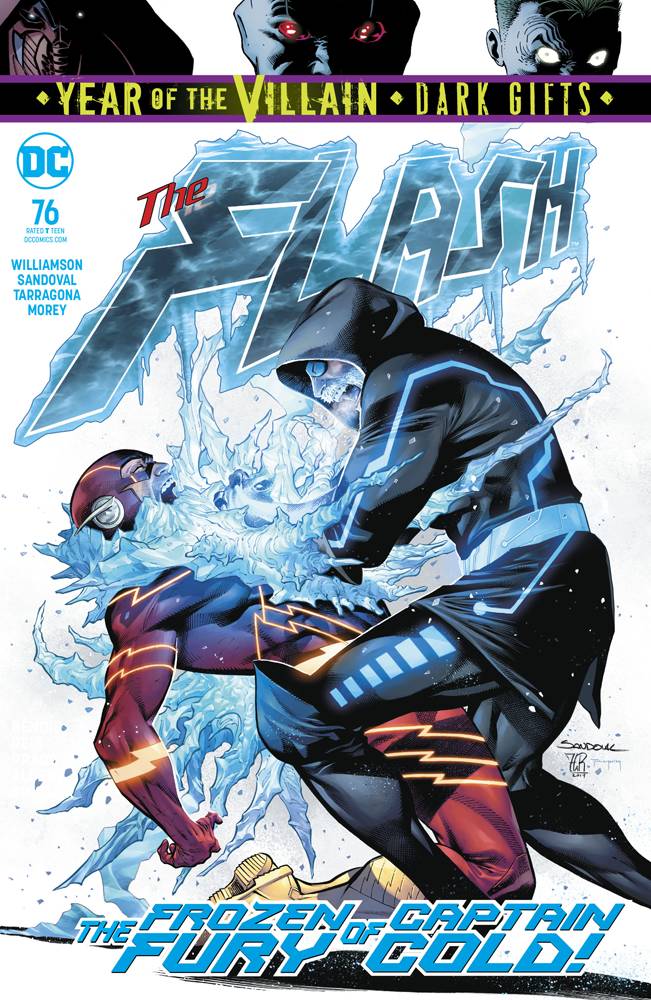 From Image this week, White Trees #1 (of 2) hits racks this week. MINISERIES PREMIERE! Acclaimed Daredevil writer CHIP ZDARSKY teams up with superstar Runaways artists KRIS ANKA and MATT WILSON for this spectacular OVERSIZED TWO-ISSUE MINISERIES! In the fantastical world of Blacksand, peace was hard-won, and three unbending warriors carry the scars to prove it. Now, almost twenty years later, their children are missing and war is on the horizon. Can they put aside their memories of the war-and each other-for one last adventure? 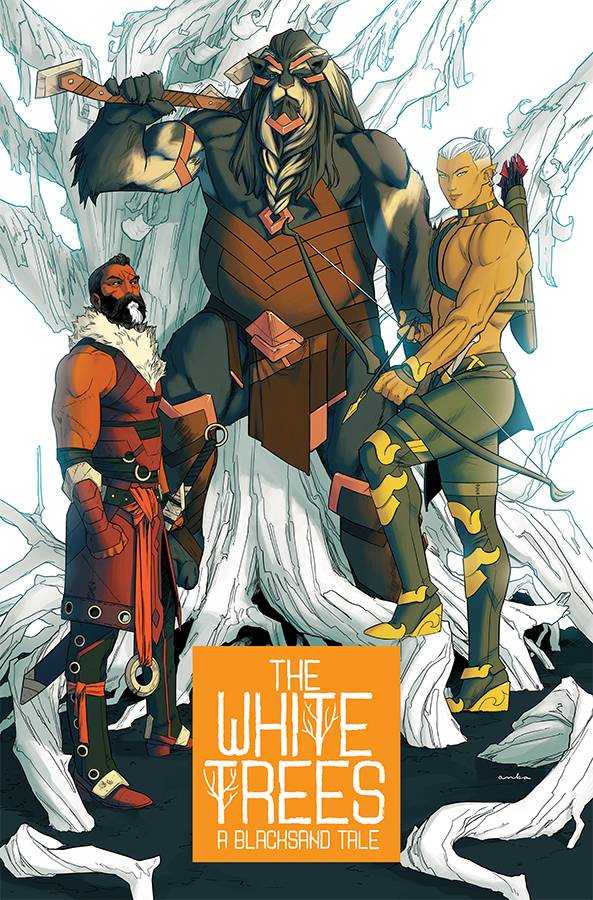 From Marvel this week, Absolute Carnage adds its first mini series with Absolute Carnage Scream #1 (of 3). THE RETURN OF A CLASSIC SYMBIOTE...AND IT'LL BE A SCREAM! Years ago, Patricia Robertson was unwillingly bonded to the clone of Venom that eventually became Mania, and she's been living in fear of symbiotes ever since. But she's also been living with a secret, and with the coming of Carnage, Patricia must take a stand - and will have no choice but to confront her demons head-on!

Next from Marvel is the first one-shot tying in to Absolute Carnage with Separation Anxiety #1 (one-shot). HELLISH HORROR IN THE MIGHTY MARVEL MANNER! Since the conclusion of DEADPOOL VS. CARNAGE, four of the five LIFE FOUNDATION SYMBIOTES - Riot, Phage, Agony and Lasher - have been bonded to a stray dog, wandering the Midwest. But as Carnage descends on New York, its siblings will find it impossible to resist the siren song of KNULL... 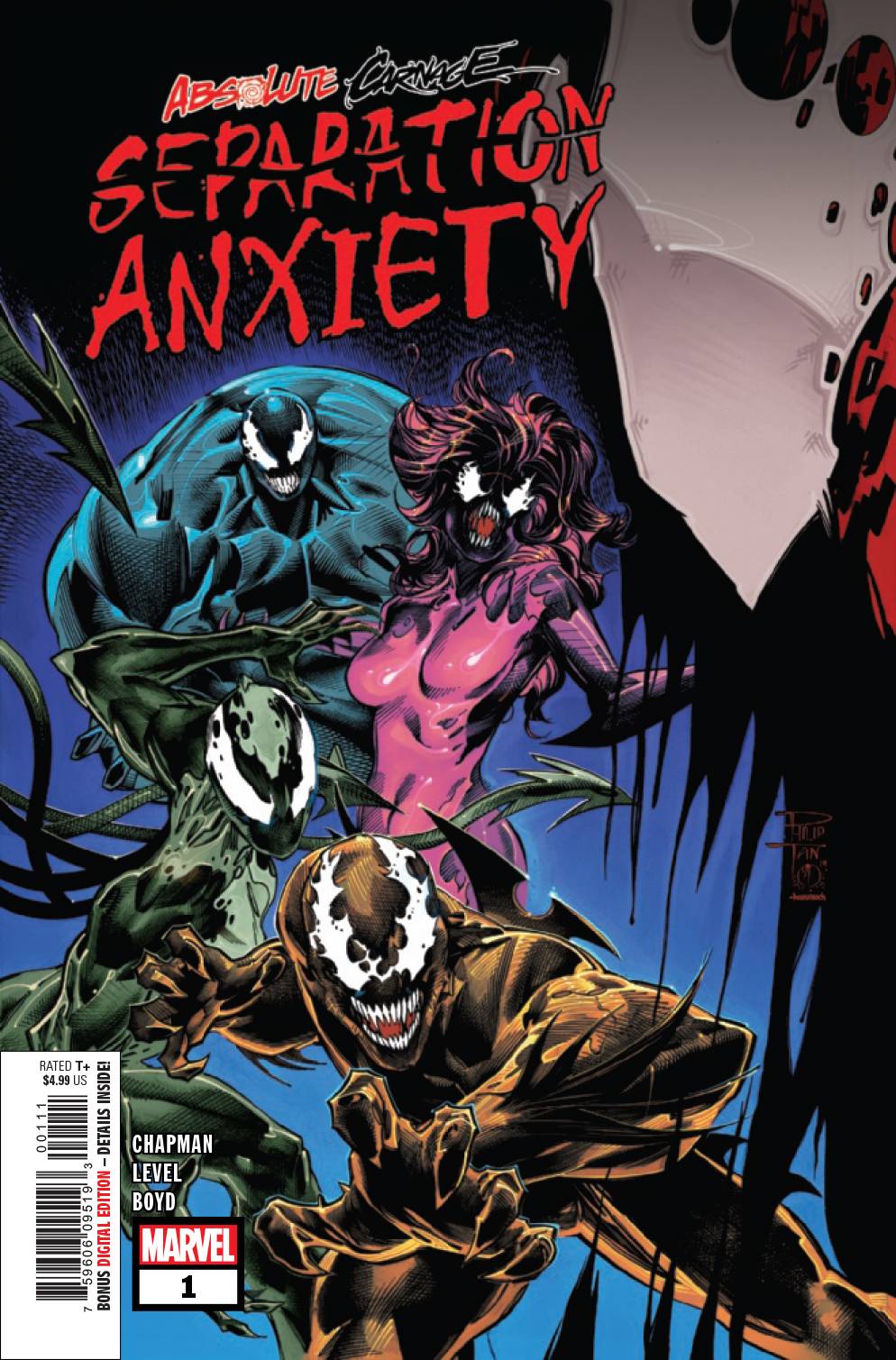 Expanding on the Conan world comes Age of Conan Valeria #1 (of 5). Before her careers as a pirate and mercenary and before she crossed paths with the Red Brotherhood and the likes of Conan of Cimmeria, Valeria was a young woman from Aquilonia, seeking justice for a crime gone unpunished. But as the formidable Valeria makes her way in this world, proving her capability against those who doubt her abilities as a young woman, she will find more than she bargained for in her thirst for revenge.Her deadly fighting skills will be put to the test and her trust will be shaken as she hunts her brother's killer and comes into her own as a force to be reckoned with in the Hyborian Age! Don't miss the start of an all-new classic, from Meredith Finch (Wonder Woman, SAVAGE SWORD OF CONAN) and Aneke (Red Sonja, DC's Bombshells)! 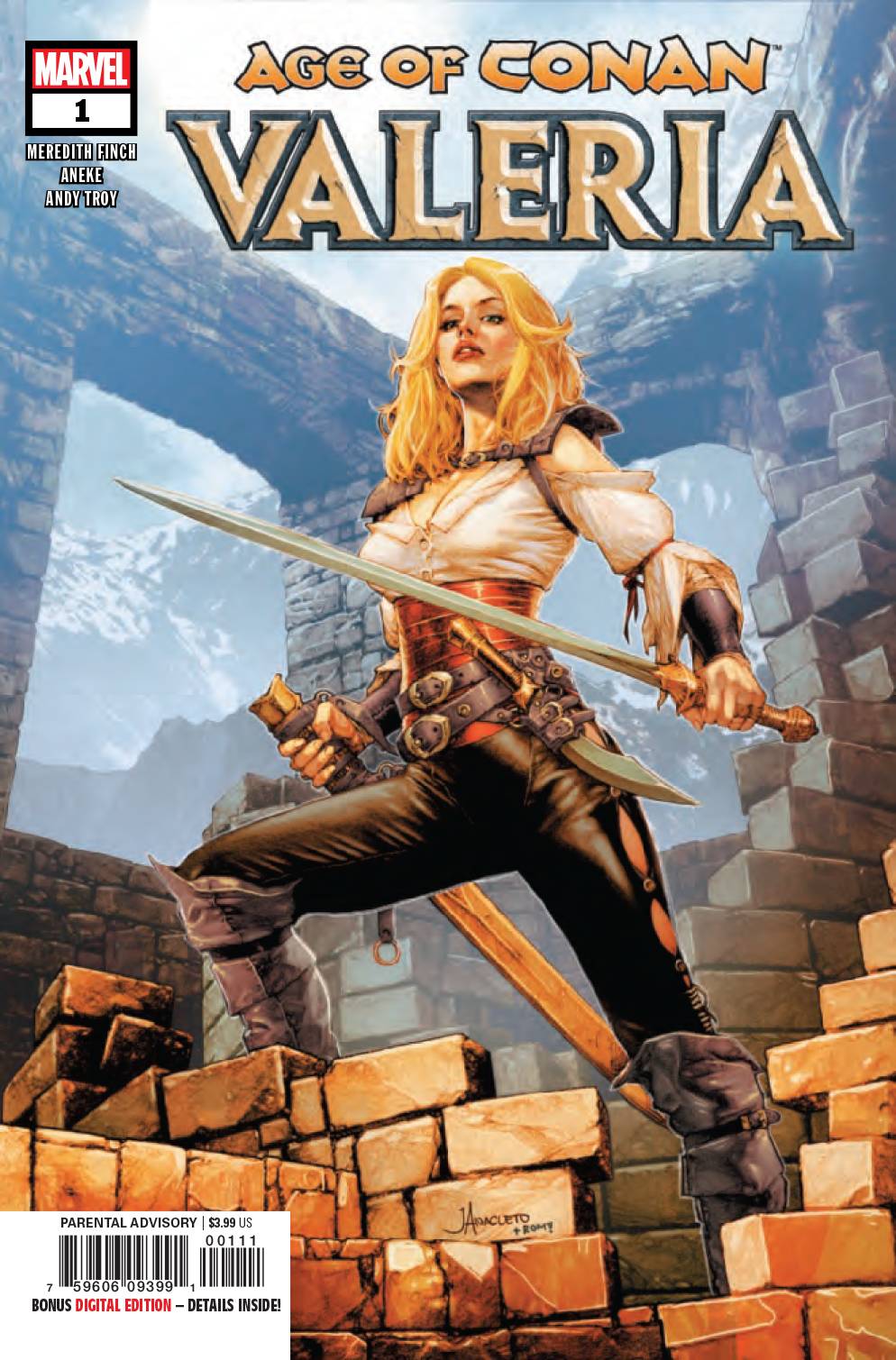 Next from Marvel is Gwenpool Strikes Back #1 (of 5). POOL'S OUT FOR SUMMER! That's right - everyone's favorite comics-fan-turned-comics character is back, and this time, she's playing for keeps! Gwen Poole is desperate not to disappear into comic book limbo, so she's going to make an impact on the Marvel Universe! First up: Unmask Spider-Man! And heck, maybe see if she can get some real super-powers while she's at it! 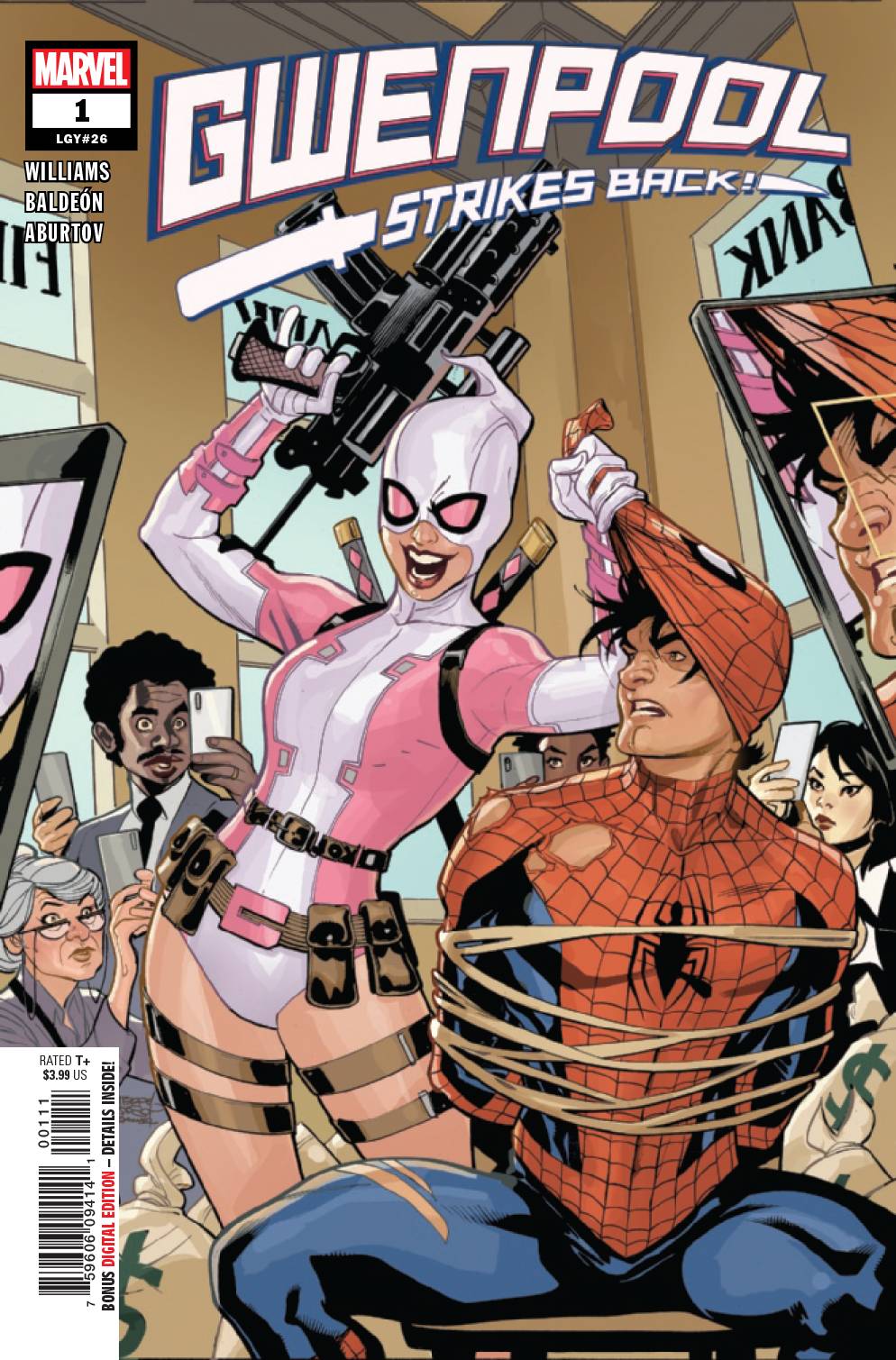 Finally from Marvel this week is Punisher Kill Krew #1 (of 5). ONE MAN. TEN REALMS. TOTAL WAR!During the War of the Realms, Frank Castle made a promise of vengeance, and Frank Castle keeps his promises. A van full of orphans is about to make that promise a lot more complicated.How does a man kill gods and monsters? 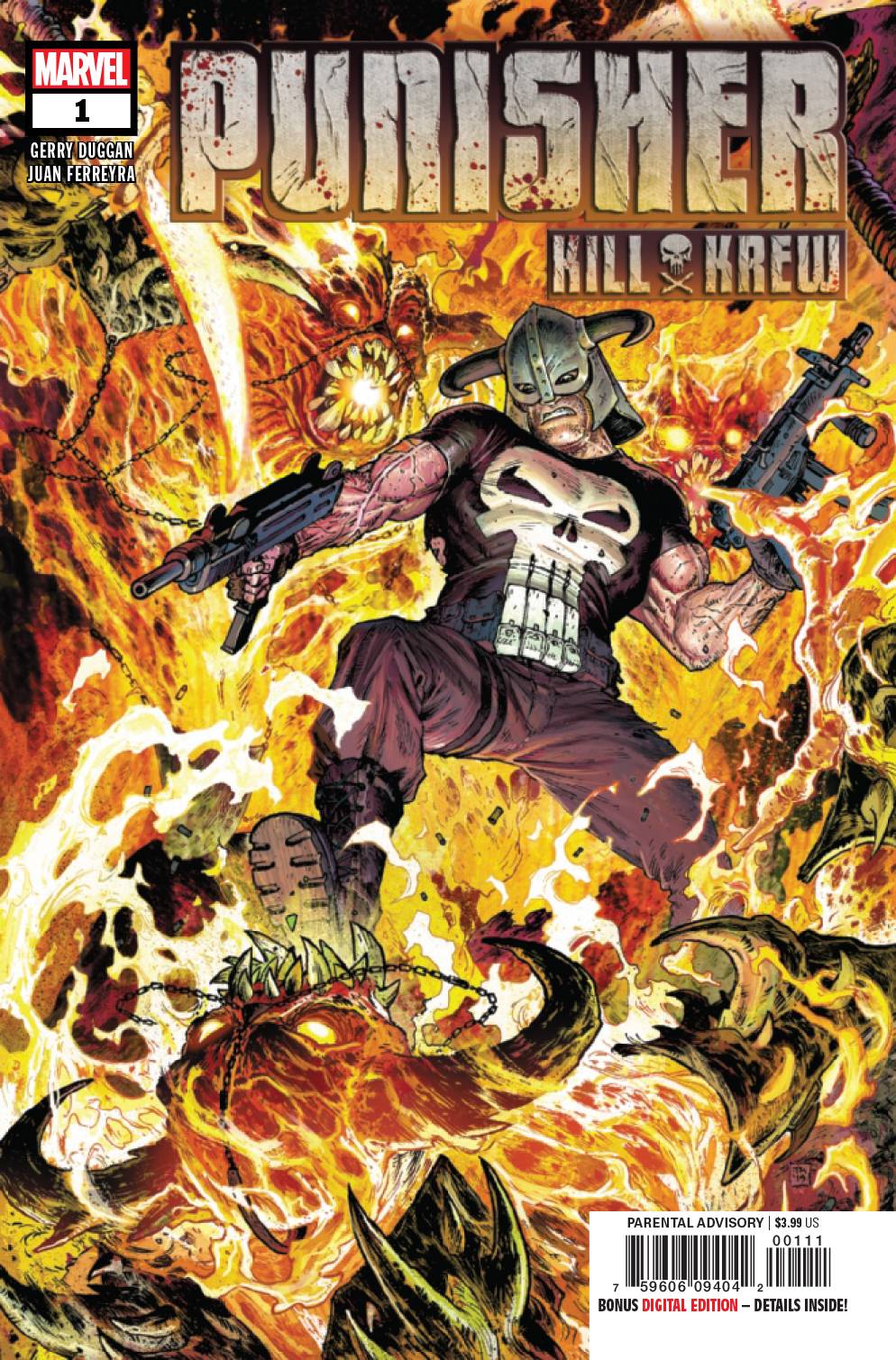 She Could Fly Lost Pilot #5

My Little Pony Spirit of the Forest #3