Happy New Comic Eve! It is a HUUUUGE new comic week! Massive! Ri-donk-ulous! So lets not hesitate and get right down to the nitty gritty!

From Boom Studios this week comes Buffy the Vampire Slayer Chosen Ones #1 (one-shot). The First Appearance of The Greatest Slayers in History!Journey back in time and witness the stories of some of the Slayers from all over the globe. Watch the birth of the Sunnydale Hellmouth-an event that will lead to repercussions across the globe... and into the present day. A can't miss for current Buffy readers and new fans alike!The Slayers first seen on variant covers of Buffy the Vampire Slayer #1-4 make their first full length debuts right here! 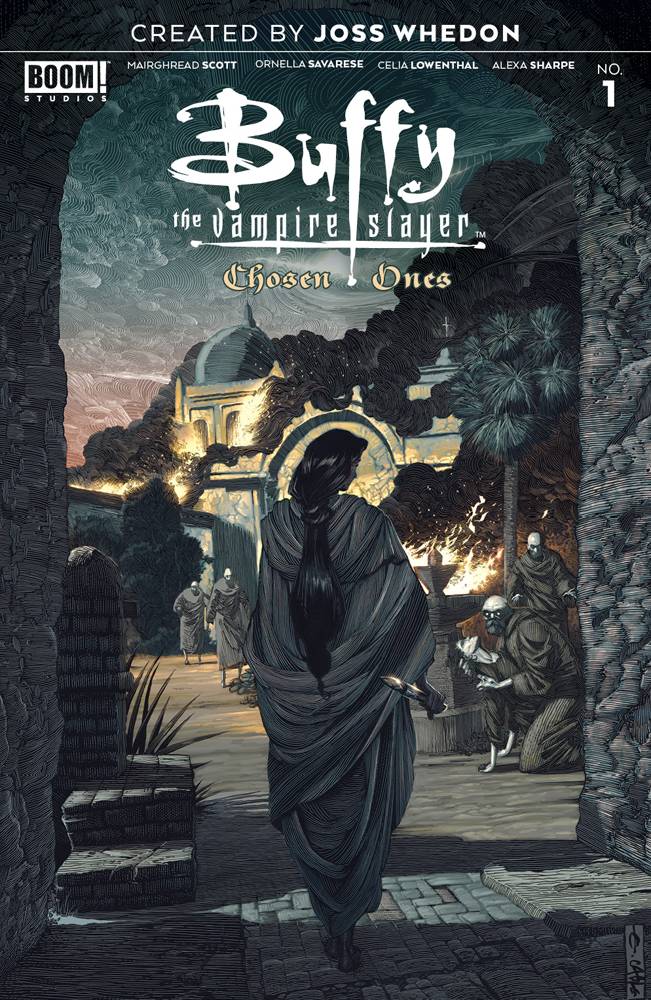 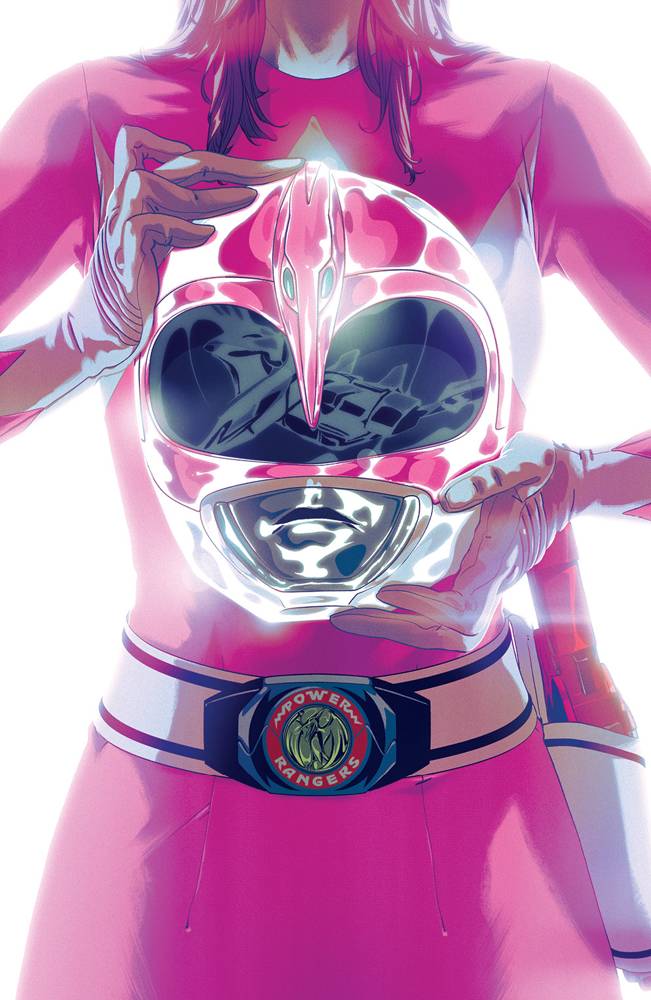 From Dark Horse this week, Tommy Gun Wizards #1 (of 4) hits the rack! Eliot Ness and his team of Untouchables work overtime taking on dangerous criminals that hide in the seedy underbelly of 1930s Chicago. Except in this world, Al Capone isn't dealing in alcohol, but in magic. With Lick, a drug that grants magical powers to anyone who ingests it, mobsters become wizards, ordinary men become monsters, and darker secrets than Ness can imagine lie at the heart of it all. A new genre-bending comic series from Christian Ward, artist of the acclaimed sci-fi epic Invisible Kingdom. Drawn by Sami Kivelä (Abbott). 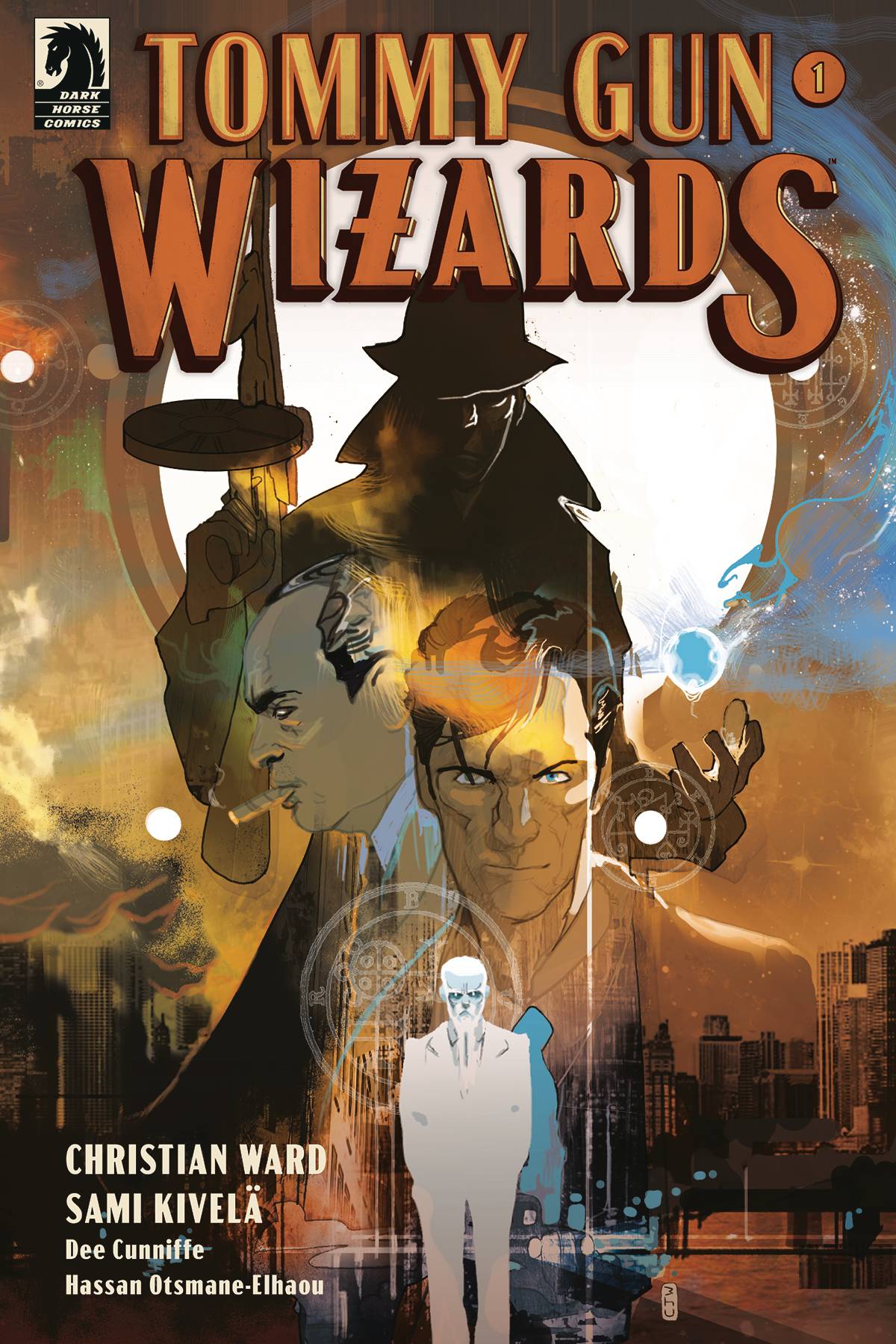 From DC this week is Batman Superman #1! Up in the sky, in the dark of the night, trust no one-for the Secret Six walk among us. Spinning out of the devastating events of the Batman Who Laughs, Superman and Batman are together once more in an all-new monthly series-and they're facing a terrifying new threat that could strike from anywhere. The Dark Knight and the Man of Steel must journey into the depths of Gotham City to learn which of their fellow heroes has been transformed into the horrifying horseman of their most dangerous and deranged foe ever. Our heroes will need to fight to survive, but an even more dangerous question lurks in the shadows: Can Superman and Batman even trust each other? 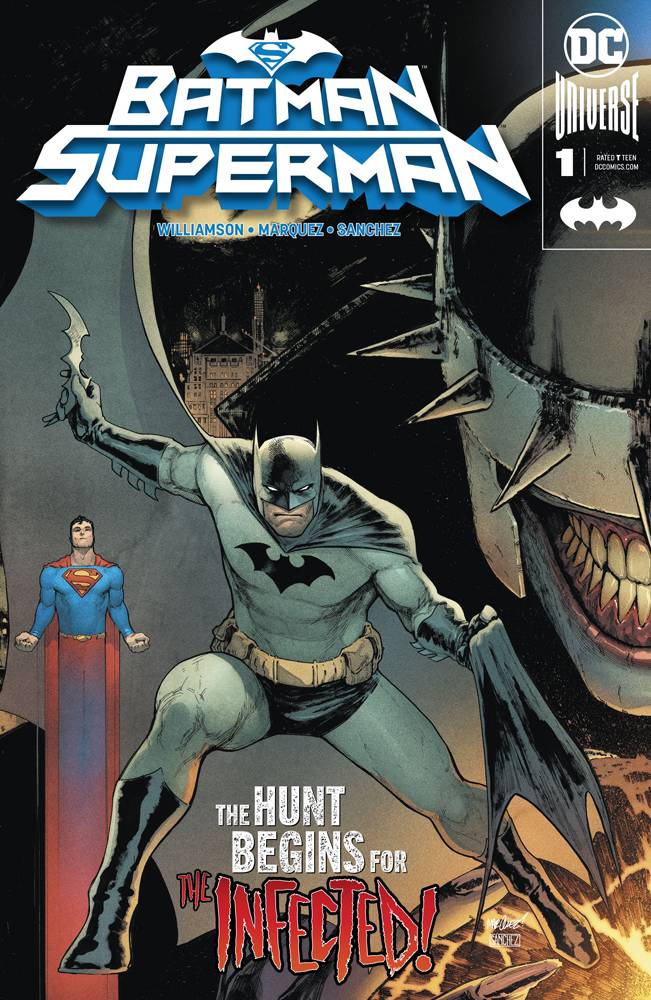 Next up from DC this week is Harley Quinn Breaking Glass Original Graphic Novel! With just five dollars and a knapsack to her name, 15-year-old Harleen Quinzel is sent to live in Gotham City. She's not worried, though-she's battled a lot of hard situations as a kid, and knows her determination and outspokenness will carry her through life in the most dangerous city in the world. And when Gotham's finest drag queen, Mama, takes her in, it seems like Harley has finally found a place to grow into her most "true true" with new best friend Ivy at Gotham High. But when Mama's drag cabaret becomes the next victim in the wave of gentrification that's taking over the neighborhood, Harley's fortune takes another turn. Now Harleen is mad. In turning her anger into action, she is faced with two choices: join activist Ivy, who's campaigning to make the neighborhood a better place to live, or team up with her anarchist friend Joker, who plans to take down Gotham one corporation at a time. From Eisner Award and Caldecott Honor-winning author Mariko Tamaki (This One Summer) and Eisner Award-nominated artist Steve Pugh comes a coming-of-age story about choices, consequences, and how a weird kid from Gotham goes about defining her world for herself. 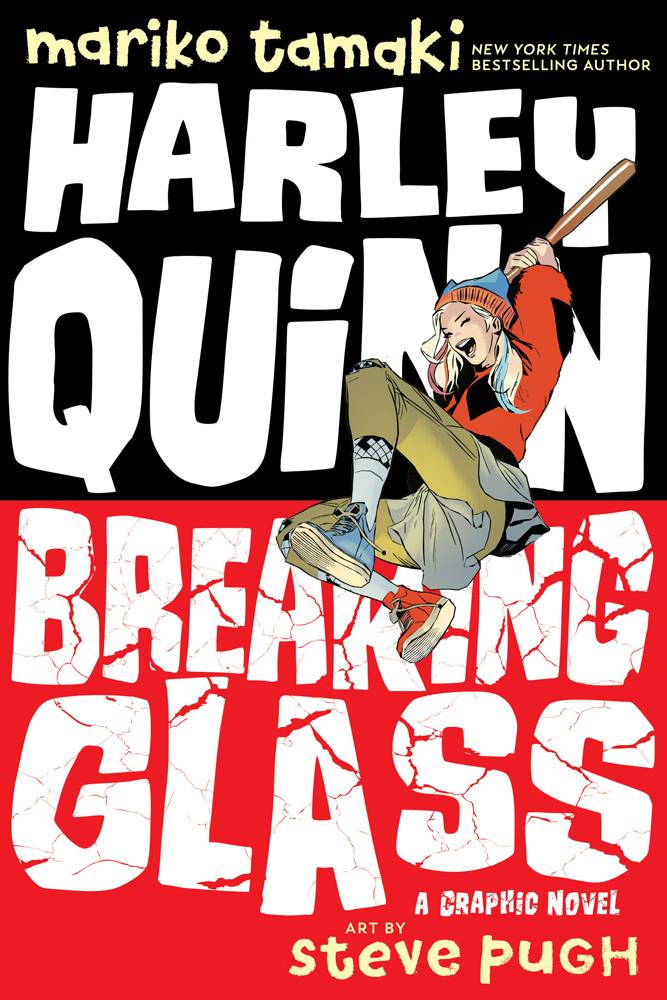 Next up from DC is the facsimile edition of House of Secrets #92! DC's original Swamp Thing made his unforgettable first appearance in this 1971 mystery comic, now reprinted in this new facsimile edition! Now's your chance to experience writer Len Wein and artist Bernie Wrightson's first take on DC's most popular monster, along with several other scary tales. 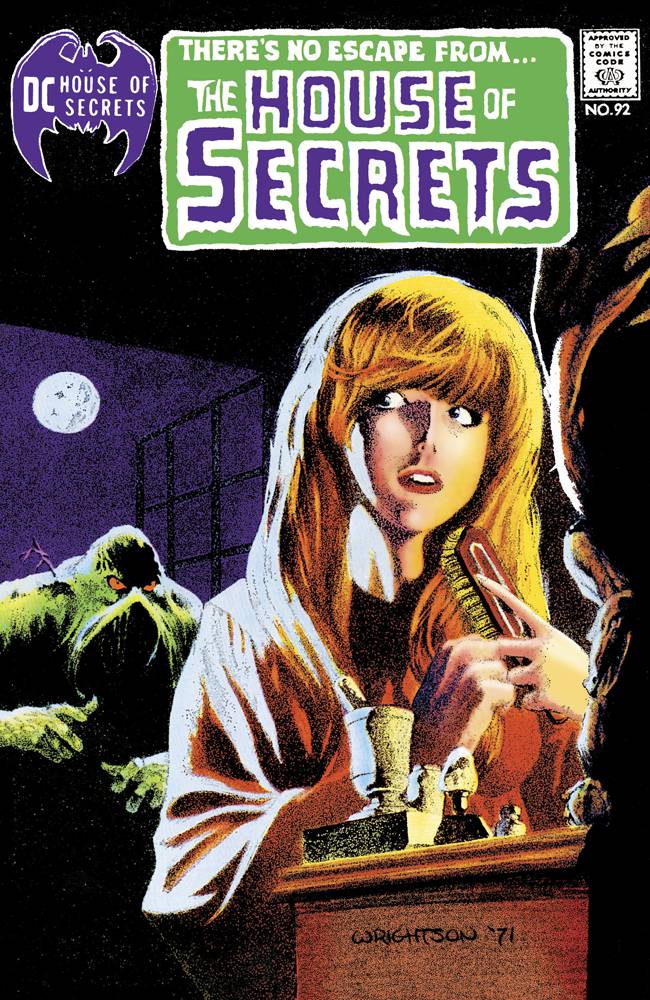 Finally from DC this week comes Justice League #30! The "Justice Doom War" starts here! The Lex Luthor the League has known and fought is no more, replaced by an apex predator version of Lex, powered by Perpetua with a goal of bringing tragedy to the DC Universe. Now that Lex has powered up villains across the cosmos, he marshals his own troops, sparking a war between the Legion of Doom and the Justice League that will span space, time and the Multiverse itself. This is the start of the next big Justice League event, with consequences affecting "DC's Year of the Villain" and beyond! 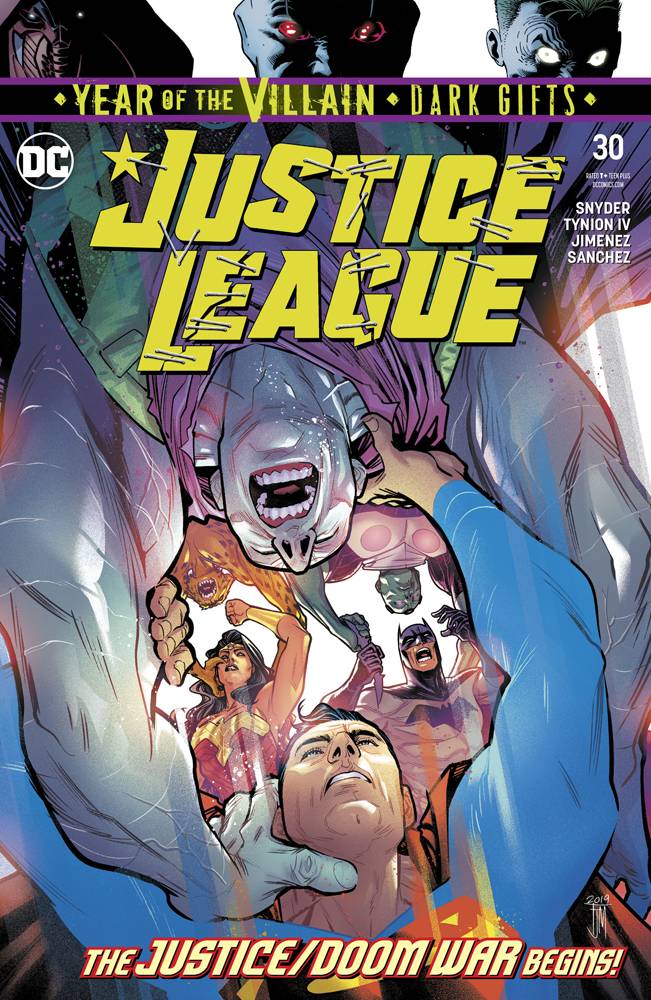 From IDW this week comes Mountainhead #1 (of 5). Abraham Stubbs and his father Noah roam America in a nomadic existence. Convinced they are being pursued by sinister government forces, Noah has them living off the grid, burgling houses to survive. Elsewhere, on Mount Rector, the lone survivor of a climbing expedition staggers homeward, covered in blood. Both are on an inevitable collision course with the picturesque Canadian resort town of Braeriach. From writer John Lees (Sink) and artist Ryan Lee (Archer & Armstrong), featuring colors from Doug Garbark and letters from Shawn Lee. 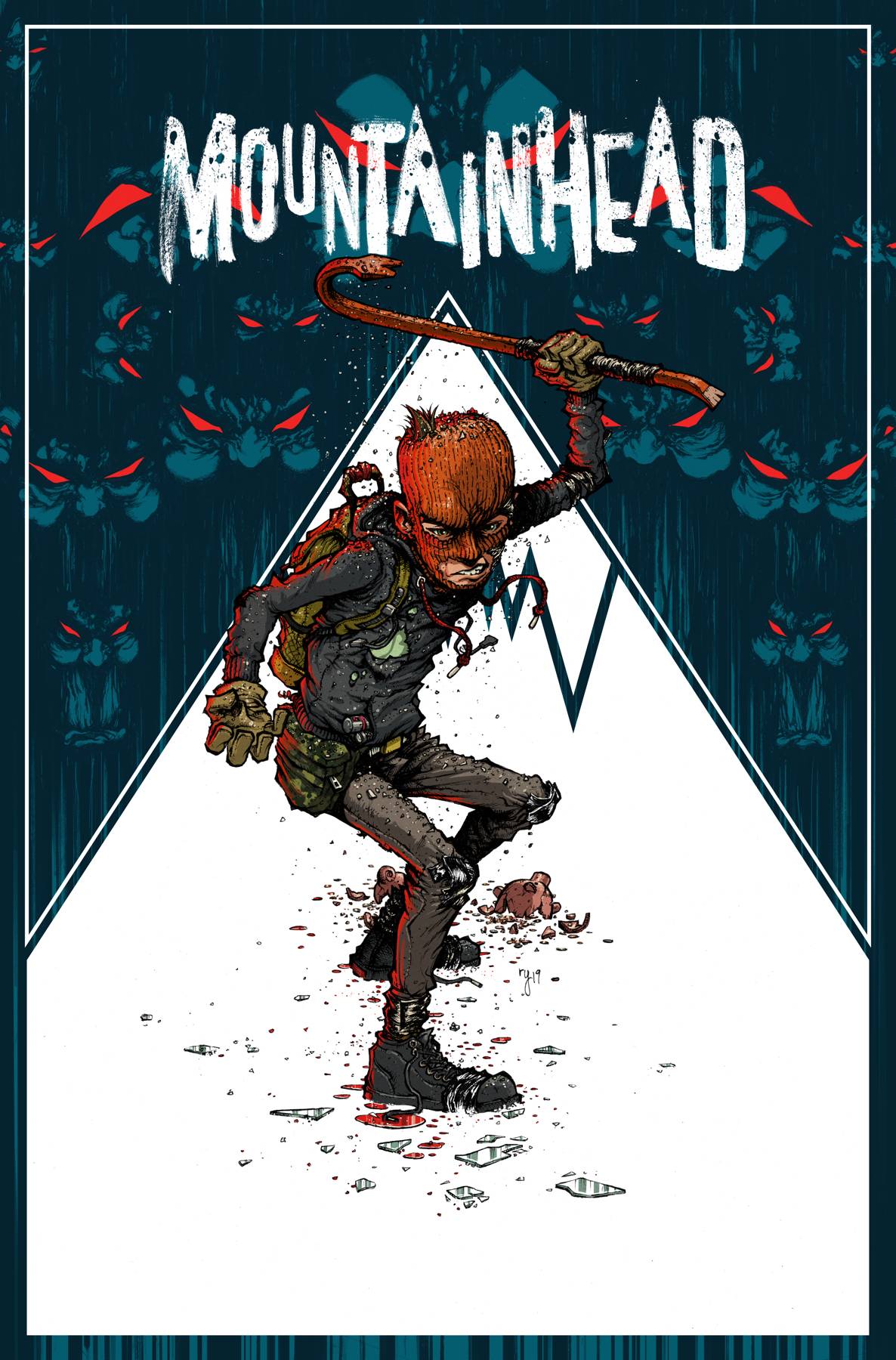 From Marvel this week, Absolute Carnage #2 hits the racks along with Absolute Carnage Lethal Protectors #1 (of 3). THE CULT OF CARNAGE COMES TO NEW YORK CITY!When he was last seen, John Jameson was being recovered from the scene of a massacre in Doverton, Colorado, by Misty Knight. Since then, they've both been MIA. So how, then, are they the only two people poised to prevent chaos as a mysterious foe of Spider-Man's is RESURRECTED in the basements of RAVENCROFT INSTITUTE FOR THE CRIMINALLY INSANE?! 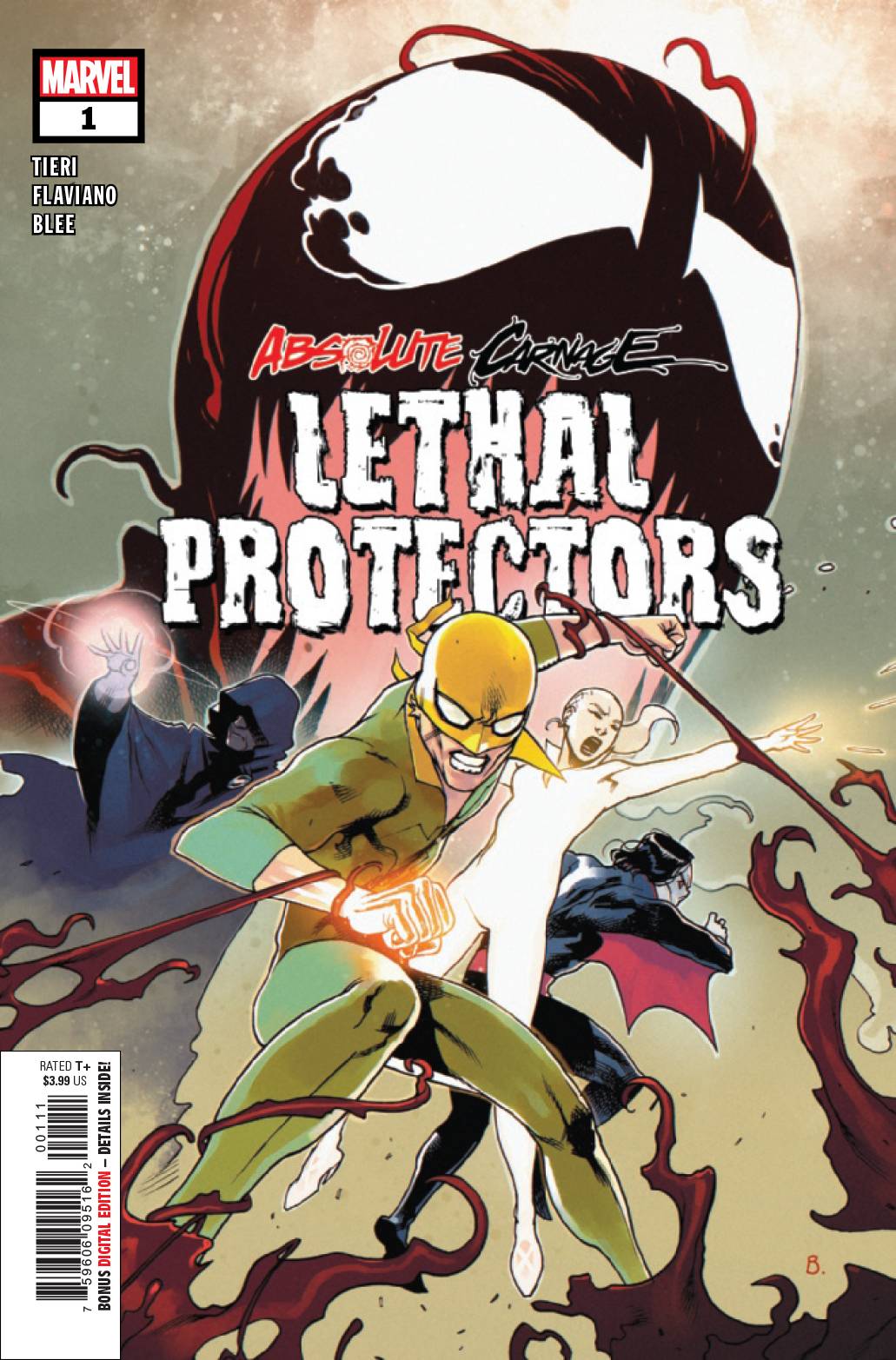 Also this week Absolute Carnage Miles Morales #1 (of 3) hits the stands this week! TARGET: SCORPION!It's business as usual for Miles Morales as he finds himself squaring off with Mac Gargan, A.K.A. THE SCORPION! But as a cult of Carnage's bloodthirsty acolytes swarms New York, Miles will learn the hard way that Scorpion has a history with Venom and the other symbiotes of the Marvel Universe! If he can survive this issue, that is. 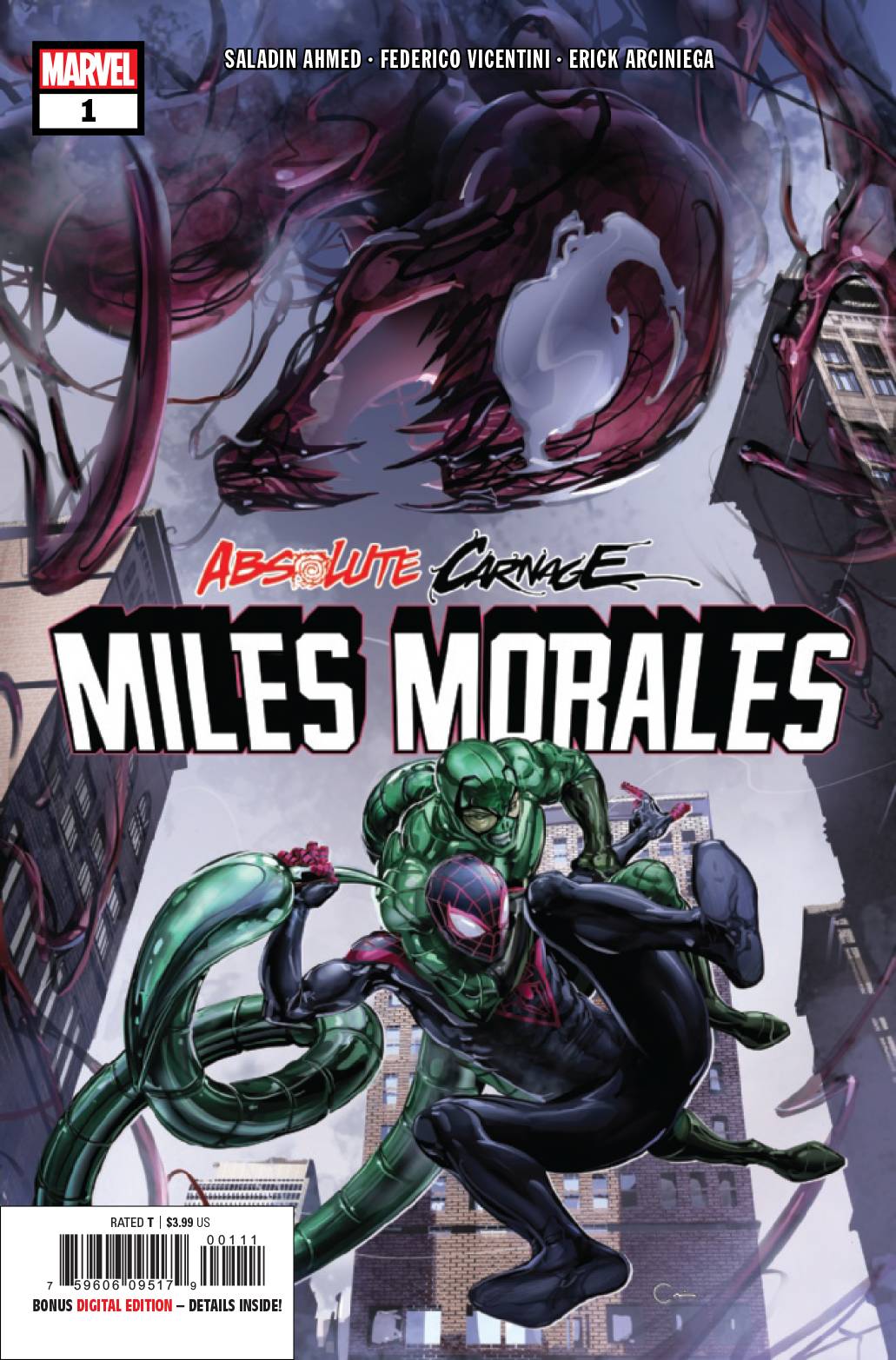 Its spider-centric week at Marvel and in stunning fashion comes the Amazing Spider man Venom 3D #1 featuring an entire reprint of ASM #300 in 3D with glasses! Spider-Man's first encounter with his deadliest foe leaps off the page like never before! The lethal Venom looks a lot like Spidey's black costume - only bigger, stronger and with a killer smile! Worse still, thanks to the symbiotic suit, Eddie Brock knows all of Peter Parker's secrets! Venom has already terrorized Mary Jane - so it's just a matter of time before he comes face-to-face with Spidey. And Eddie knows just the right place to battle the wall-crawler! Can Peter figure out a way to survive? And if he does, maybe it's time to go back to a more friendly neighborhood outfit! It's one of the greatest issues of David Michelinie and Todd McFarlane's fan-favorite run, with the superstar artist's stunning pages presented for the first time in eye-popping 3D! Reprinting AMAZING SPIDER-MAN (1963) #300. 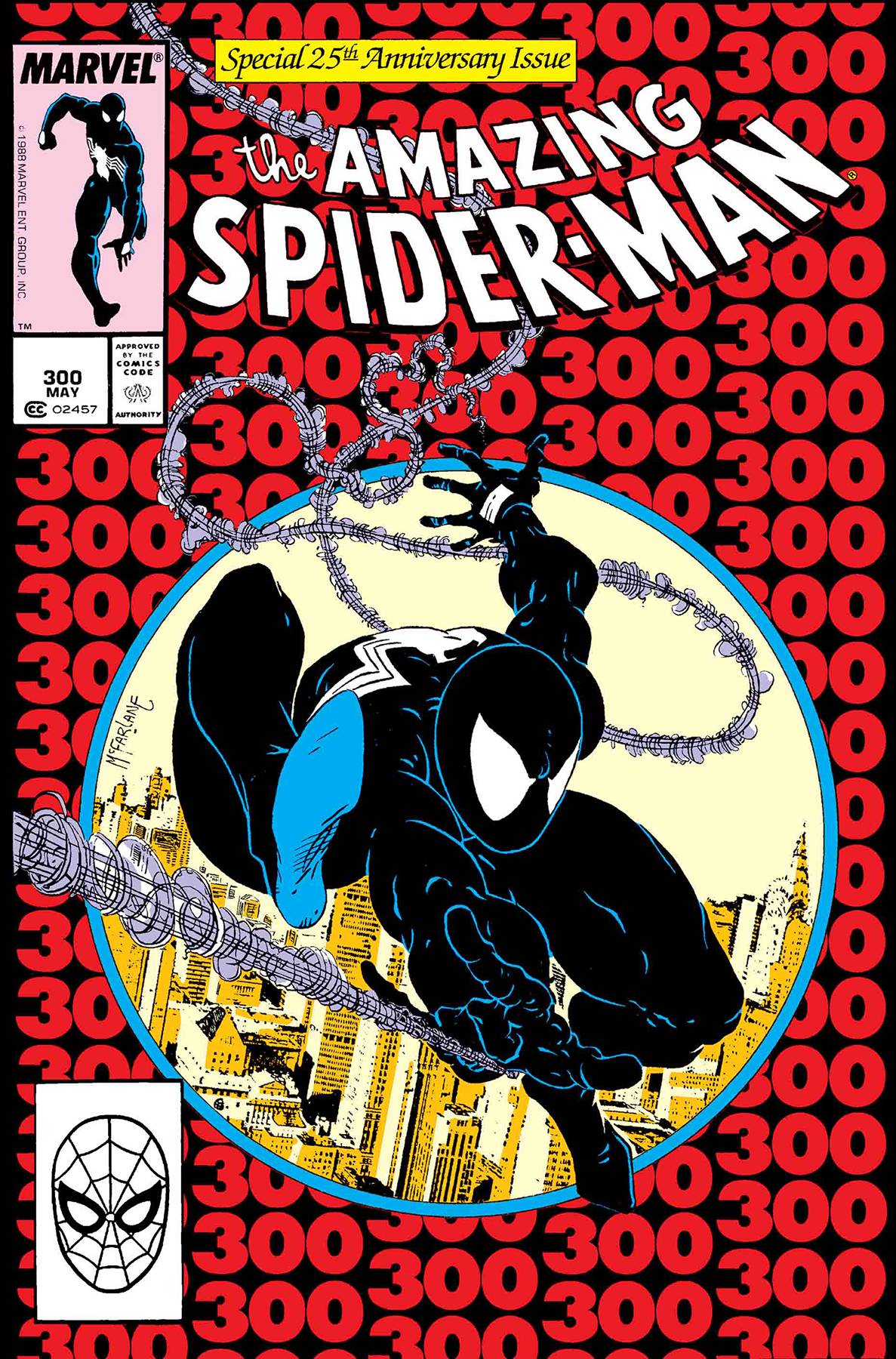 Lastly from Marvel comics in celebration of their 80thanniversary and falling on the birthday of Jack King Kirby comes Marvel Comics #1000! There is a mystery that threads throughout the Marvel Universe - one that has its origins in MARVEL COMICS #1 and which unites a disparate array of heroes and villains throughout the decades! What is the Eternity Mask, and who is responsible for the conspiracy to keep it hidden? And what new player will make their startling debut as these secrets are peeled away? Featuring the entirety of the Marvel Universe of characters! 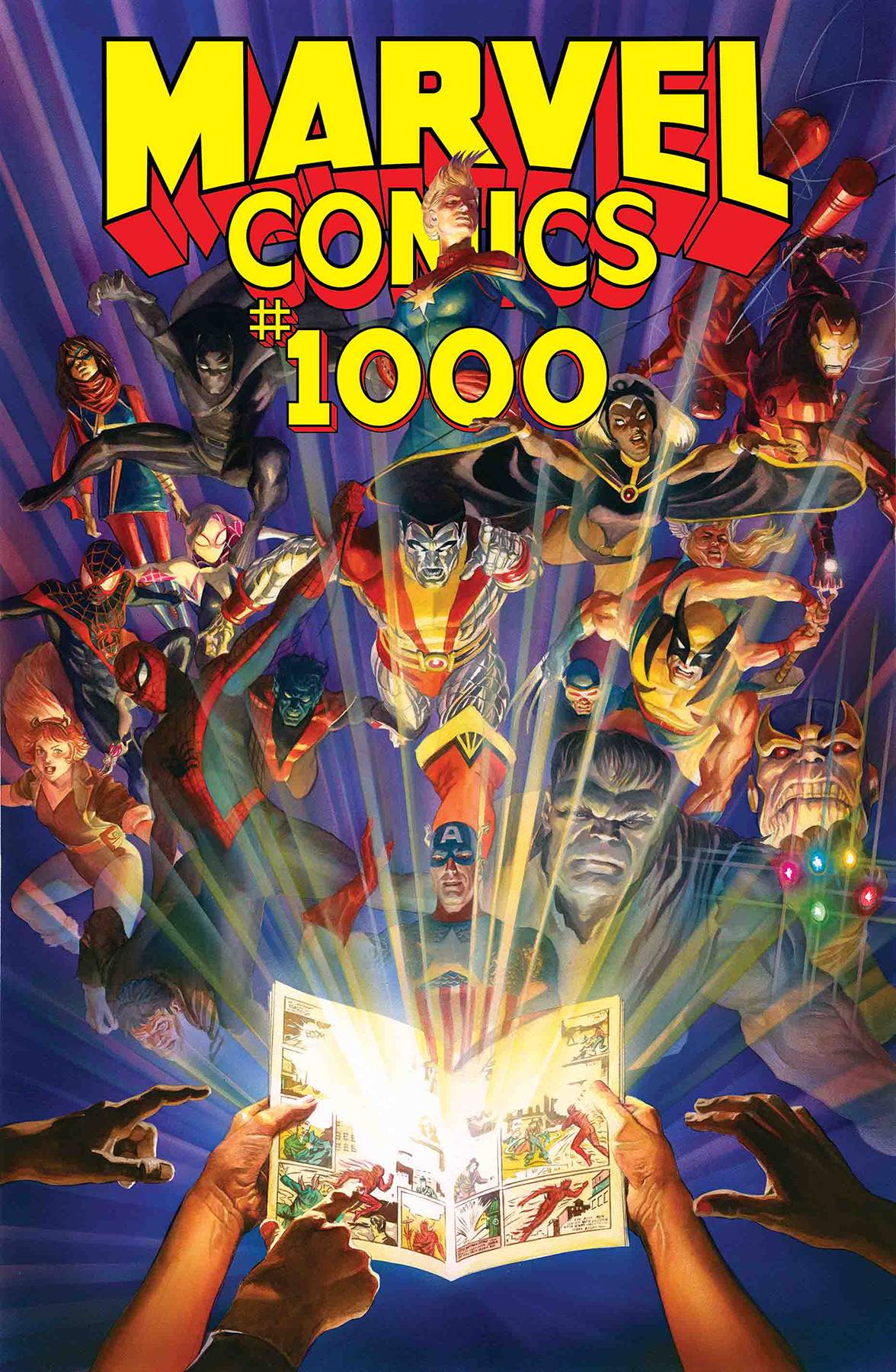 From Valiant this week comes Doctor Mirage #1 (of 5). How do you solve the case of your own death? Paranormal expert Doctor Shan Fong Mirage was born with the ability to see and speak to the dead-an ability that has mysteriously stopped working. Have her powers failed or is something far more sinister at work? Will she figure out her fate and the fate of the one she loves the most? Valiant's gripping supernatural mystery starts here! 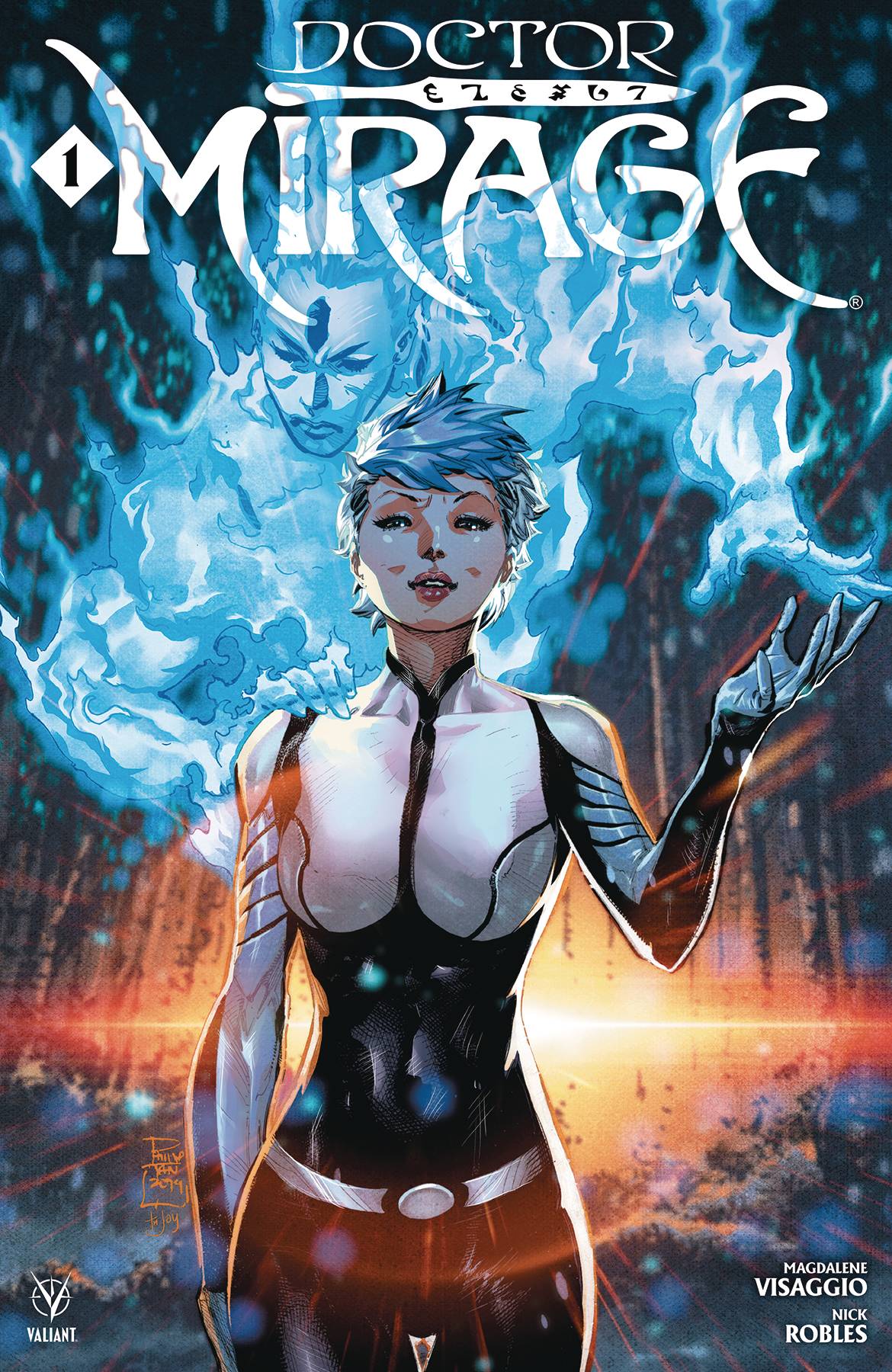 From Vault Comics this week comes Mall #1! Here in the heartland of the U.S. of A., the world has ended! But worry not, because the mall still stands. And within the walls of this consumeristic mecca lies a new world order: box store tribes and name brand gangs, all vying for limited space and resources. So, actually...you can worry! Especially for poor Andre Reed, who, after the assassination of a tribal leader, has to navigate the mad haven to prove his innocence, and prevent the end of world, again! 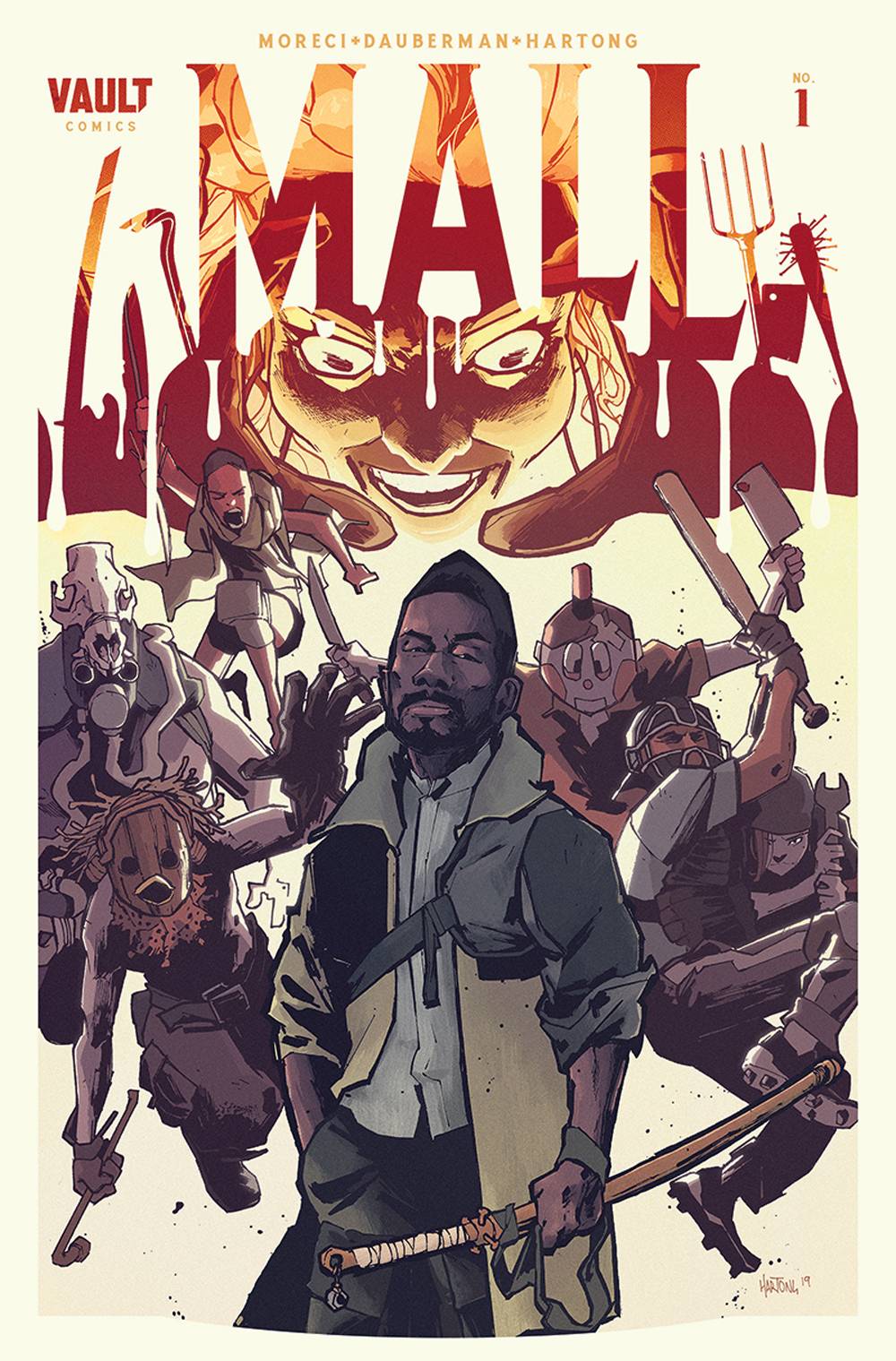 Lastly from Vault comes Necromancers Map #1! A Songs For The Dead story: Bethany, the necromancer with a heart of gold, and Elissar, her prone-to-brawling companion, are off to find the Covenant--a sanctuary for Bethany's otherwise reviled magic. Unfortunately, their map makes no sense. Seeking the help of a young wizard named Jonas, whose knowledge may unravel the map's secrets, Bethany and Elissar discover a mysterious illness plaguing The Foggard temple, home to the ancient order of mages. Double-unfortunately, Bethany and Elissar are not on the best of terms following the recent and violent encounter at Boulder's Envy. 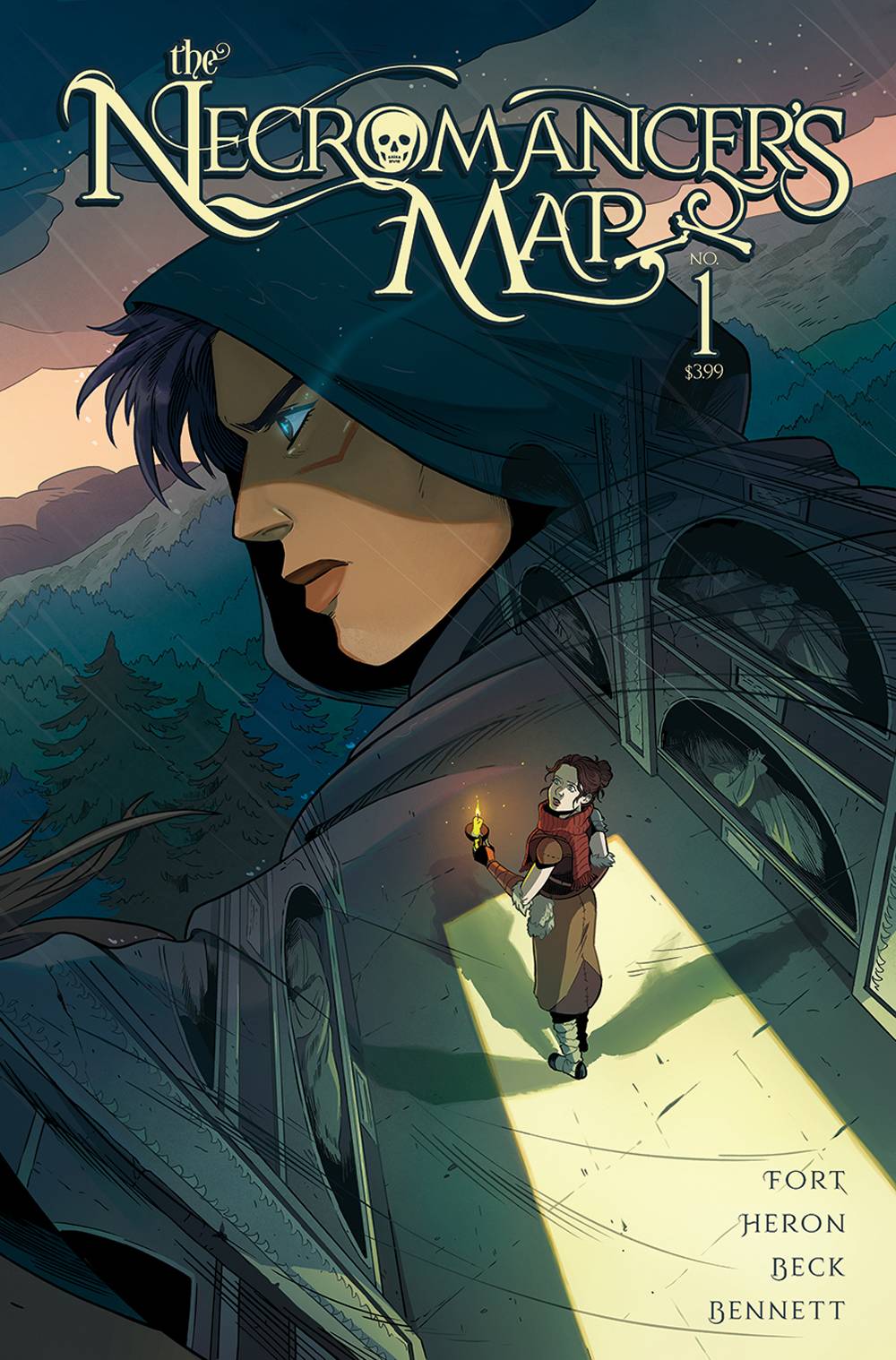 Buffy the Vampire Slayer Chosen Ones #1

Batman Curse of the White Knight #2

My Little Pony Friendship is Magic #81

Planet of the Nerds #5

Pussycats Eat Death or Get Naked #1